"Ideas for songs can be from everywhere, everyday life, meeting folks, a headline, the good, the bad and the ugly."

Garron Frith: Away From Music Dams

Garron Frith is an extremely talented songwriter, arranger and singer from the North West of United Kingdom. Garron's music has elements of folk, blues & gospel and it has been likened to 70’s Van Morrison, Stephen Stills, Ry Cooder and John Martyn. The musicians who have played on his two acclaimed albums include members of bands such as Lambchop, Grand Drive, Willard Grant Conspiracy and Green on Red's Chuck Prophet. His constant touring throughout the UK and Europe has seen him open for many acts including Peter Green, Madeleine Peyroux, Jack Bruce and Robert Cray. 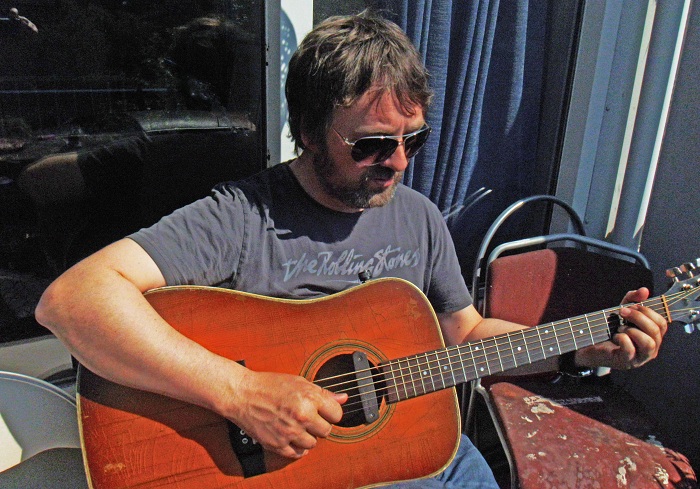 Garron Frith, from Manchester, is a singer-songwriter and many of his songs are non-specific maudlin romances. Garron says “it’s hard to be Leonard Cohen or Jeff Buckley when you’re happily married with two kids”, before launching into his a song, this time specifically about his wife, which has some intricate, almost fingerpicking style. Maverick called him "One of North West England’s best kept secrets, that is until now". Away From The Bright Lights was his second album and received some positive reviews and Radio 2 and BBC6 Music played tracks from the album. It was voted best roots albums of 2012. Garron was recently asked to support Graham Gouldman on his 16 date tour and he followed this with his own one man show in the Benelux.

How do you describe Garron Frith sound and progress, what characterize your music philosophy?

I'd say the music is a Blues - Folk, Singer and Songwriter kind of vibe. Initially I started out on bass guitar listening to stuff like Love's Forever Changes, The Stooges, The Velvet Underground and Bowie as I began to write songs I moved over to acoustic guitar, I couldn’t find a singer so I thought I'll have a go at playing and singing the songs myself. It was then I started to listen to a lot of early to mid-70's music: Jackson Brown, Ry Cooder, The Stones, Dylan & the Band, Cohen, Stephen Stills and Van Morrison... After, I toured with Peter Green I began listening to a lot more bluesy kind of music such as Little Walter, Slim Harpo & John Mayall.

Philosophy: "It comes from within", the music, the feeling, the playing, and the belief comes from the inside of every person.

I worked in factory for a few years one morning I went in to work and I walked in to an armed robbery, I was held hostage for 5 hours. After I got out and escaped from that I had a good think of where I wanted to go and i made a decision that I would follow my gut instinct and put the money trap second., I could earn more playing Mustang Sally or Wonderwall (Oasis) but It's not about the money for me.

Ideas for songs can be from everywhere, everyday life, meeting folks, a headline, the good, the bad and the ugly. 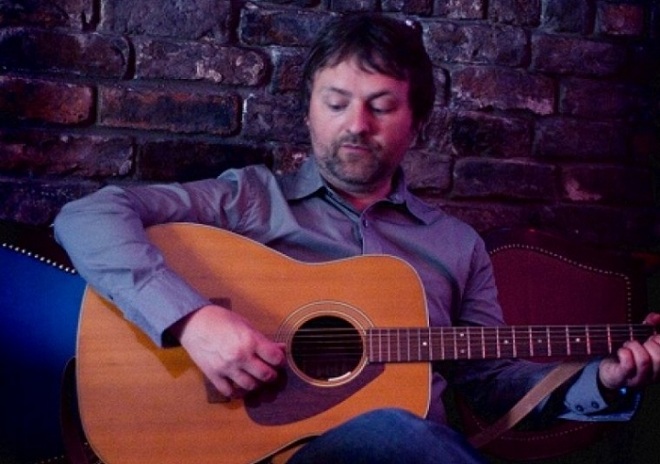 "After, I toured with Peter Green I began listening to a lot more bluesy kind of music such as Little Walter, Slim Harpo & John Mayall."

I've had a pretty good ride for the last few years. I’ve gigged with Robert Cray, Graham Gouldman from 10CC, Justin Currie, from Del Amitri and been over to the Netherlands a couple of times, on a solo tour.

Probably the worst time was trying to write the first batch of songs, it took me a few years to get in to writing and singing.

It’s the peoples music, it’s from the heart and soul.

Do you remember anything funny from the recording and show time around the Europe?

Me and my friend Keith traveled all over the Netherlands, we used to go into supermarkets at the break of day, we couldn’t speak Dutch so we would try and kinda guess what food to buy from the pictures on the products. We arrived at this market and we bought some drinks, as we sat in the car I said to Keith: "Damn I've bought yoghurt and I thought it was milk, he looked at me and said "You think you've got problems I’m drinking custard". 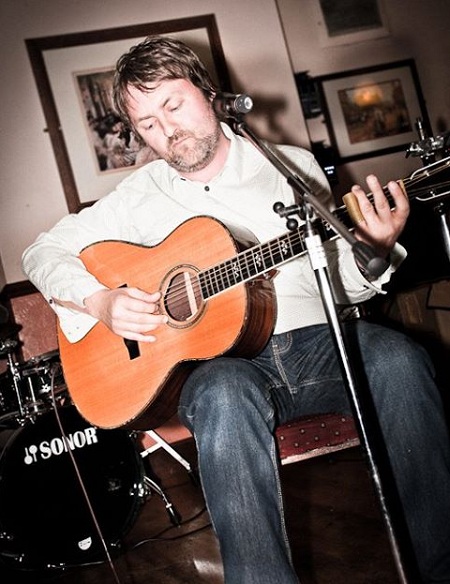 I saw a couple of guys busking on the streets in Dublin, I walked over and we sang for a few hours together everything from "This Land Is Your Land" by Woody to "Crazy" by Gnarles Barkley it was a great jam, as we finished the second song a crowd had gathered and applauded. I’ve been lucky enough to play some great venues, churches houses all sorts, the Union Chapel in London, this year was hard to beat.

I played a gig in a small club in Manchester, supporting Danny George Wilson, at the end of the gig I got talking to the lap steel and mandolin player Simon J. Alpin. We kinda hit it off and he's been playing on and producing my records, ever since. Simon was a member of Willard Grant and now he's playing in his own band, great vibe to it you should check his music out. The best advice in music.... Don’t listen to everyone's advice !!

Are there any memories from Peter Green, Jack Bruce and Edgar Broughton which you’d like to share with us?

I did a few dates with Edgar where we had time to talk; he was one of the good guys, real genuine musician, full of great stories and tales about Clapton and Syd Barrett. It made me realise it was OK to meet your heroes.

The future of music is in a dark place, people feel it's OK to download for free and cd's are on decline. It costs so much money to get on mainstream radio & TV and a lot of people helping and charging musicians seem to be doing better than the musician. I was talking with a good friend Matt Hill who goes under the name of Quiet Loner we both agreed the golden age of Rock & Roll has been and gone, I feel I’m lucky to get some decent supports, have fans and get some great reviews, but it's been hard work and I think the bottom line is the music stands up on it's own. Next on the agenda is to find a music agent in Greece and continue to write, play and gig everywhere I can.

What are the lines that connect the legacy of Blues with Folk and continue to Roots, Skiffle and Rock music? Blood, Sweat and Tears, an acoustic guitar and a love of Johhny Cash and Levon Helm.

"Happiness is learning to whistle."

From the musical point of view what are the differences between British and American Blues Folk scene?

I'm not that sure, I'm the best person to ask, but I know some people have a problem with British acts sounding a little to American, like maybe Van Morrison does, but I listen to some types of folk and they sound like Henry 8th.

Paris when the Stones recorded "Exile" hanging out with Keith & Gram would have been a blast. I wouldn’t mind jamming Ronnie Lane and a few beers, yeah that would be nice.

What has made you laugh lately and what touched (emotionally) you from the music circuits? Happiness is……

I toured with the band Caravan in January, a real good vibe band, musicians that can play. Talking with Jim Leverton who toured with Hendrix, and played with everyone from Stevie Marriott to Rory Gallagher and violinist/guitarist Geoffrey Richardson who's played with everyone from Paul Brady to Bob Geldof that was an inspiration, these guys had hung out with the best.

Happiness is learning to whistle.

What would you ask Alexis Korner? How you would spend a day with Leadbelly?

I would ask Alexis about the R n'B scene in the early 60's, he was involved and knew most of the great bands, I reckon he'd have a tale or two, so I would let him do most of the talking' Oh and have a play on that old Guild F-30 he had.

I wouldn’t get in to an argument with Leadbelly about women that’s for sure. Probably I would show him what influence he has had on the Blues even to this day and discuss that 12 string scene he had going on.