"The Blues is spiritual and we are spiritual beings because God our maker is a spirit and us writing and creating is all part of the process."

Guitarist Larry Miller is famous for his exciting, mesmerizing guitar playing and rips roaring shows in the UK and around Europe. He is one of the most popular blues/rock acts on the live scene in the UK bringing his unique showmanship and energy to every performance. After many years in the music business and touring constantly, Larry has built up a large following across the UK and building an ever increasing army of fans in Europe. His status as guitar slinger is becoming legendary with his exciting, mesmerizing guitar playing and rips roaring live shows. His engaging personality brings a dimension of showmanship to his performances like no other. In 2009, Larry played an amazing seven encores at the Cambridge Rock Festival and a declaration was made of a "National Larry Miller day". 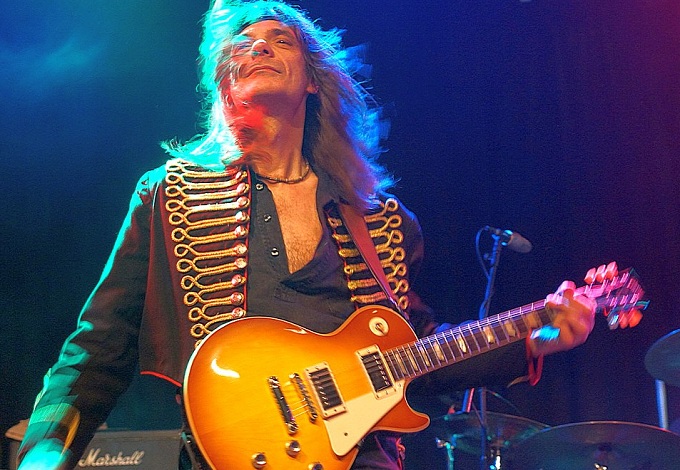 The Blues for me reaches parts no other music does or can, it’s like someone being really honest with you the way it speaks. For me I guess the Blues has always been there. So much music from the past may be disguised and reinvented but listen closer and you’ll hear those same chords being used especially sixties/seventies pop music.

The clichés of getting drunk and using drugs etc actually harms the blues as you’re not in touch with anything.

In fact the complete opposite is true as Muddy Waters said “You can’t play the Blues and not go to church”.

You see, The Blues is spiritual and we are spiritual beings because God our maker is a spirit and us writing and creating is all part of the process. "The Blues for me reaches parts no other music does or can, it’s like someone being really honest with you the way it speaks. For me I guess the Blues has always been there." (Photo by Rob Stanley)

How do you describe Larry Miller sound and progress, what characterize your music philosophy?

I’m using the classic sounds of Gibson Les Paul through a Marshall forever searching for the best song that’s ever been written. Going for those notes that do make grown men and women cry.

My philosophy is that of Jesus, we’re only here for a short while lets be good to each other.

I honestly think NOW! Things are starting to happen for me, doors are being opened and I’m loving every minute, I’ve got the best band, the gigs are getting bigger and my songwriting, singing and playing are getting better all the time.

The worst time was when everything in my life was falling apart and I had no hope. But then God came into my life and rescued me

In its essence, the blues is very very simple and very direct. Shakespeare can write his sonnets, but surely the best words you can ever hear are from those you love saying, I Love you.

You also hear low down and dirty blues, delta, Chicago, traditional, heavy blues, rock blues it goes on and on …something for everyone. 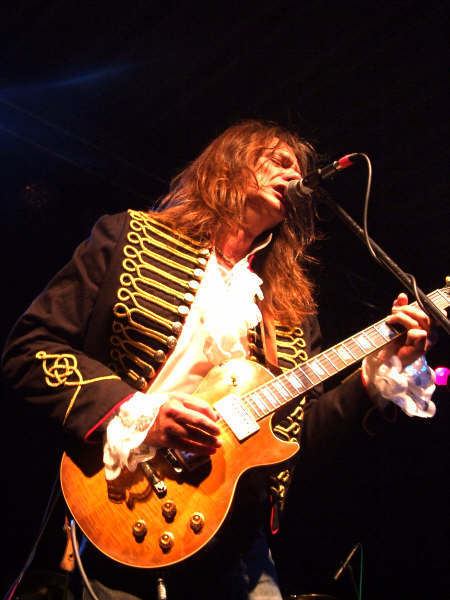 I’ve never really been into jamming and sometimes when I see guitarists jamming, I can almost see the bubbles over their heads like in cartoons …”Right, I’ll show him I’m better than him” then the other goes “Right, I’ll try this and this will totally blow him off the stage”…

I guess the audience like all that, but that’s really not what I’m about.

"My philosophy is that of Jesus, we’re only here for a short while lets be good to each other."

Meeting Rory Gallagher and him telling me I’m on the front of his album Stagestruck with him.

Him also knowing my name (that really knocked me out).

I really miss the LP the big record, coming home putting on headphones and listening to your favourite artist and examining every detail on the cover and your imagination flying with the incredible sounds.

My next record will actually be on vinyl but most of us its cd’s and downloads …urgh!

Make an account of the case of the blues in UK.

Since the arrival of Joe Bonamassa

The Blues scene has opened up especially for people like me who have been totally ignored for being too loud and heavy etc.  We’re now playing bigger theatres and headlining a lot of festivals.

Well if I said one of the iconic festivals i.e. Monterey, Woodstock, Isle of Wight, I suspect in reality I wouldn’t enjoy it that much…you know, being cold, hungry, bad facilities and terrible sound systems and let’s not forget stoned musicians!

In all honesty, I’d prefer my honeymoon with my wife at the Ritz in London …does that count? 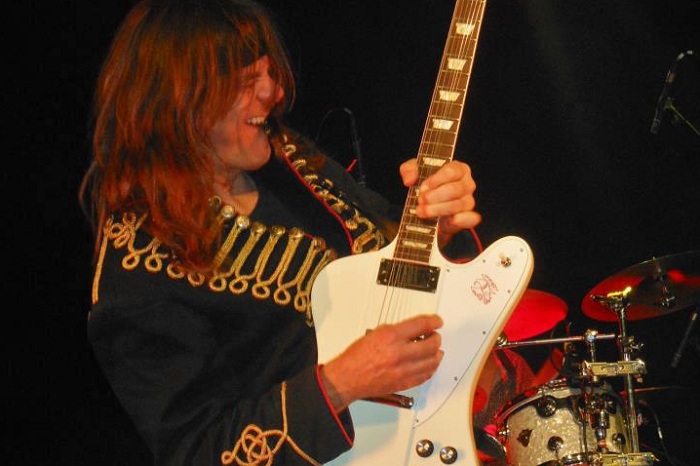 "I really miss the LP the big record, coming home putting on headphones and listening to your favourite artist and examining every detail on the cover and your imagination flying with the incredible sounds."

How you would spend a day with Jimi Hendrix? What would you say to Gary Moore?

If I could go back in time and spend the day with Jimi …I’d tell him; “Look Jimi, look to Jesus, He can rescue you, this treadmill your on is only going to kill you. Don’t waste your life”

To Gary the same thing, I really loved these guys but they were gone far too early.

Remember a few years ago B.B King played a farewell at Wembley Stadium and his support was Gary Moore.

Now the madness is B.B’s still playing and Gary’s gone!

What would I ask Rory?

Well I did get to ask him all the questions, he was my big hero and I really miss him, everything’s become super slick, super tight all the new guitarists know all their scales, know every note on the fret board, all taught by guitar teachers or their dads or You Tube etc.

The thing that set all the sixties and seventies guitarist apart was their individuality, character …Blackmore, Hendrix, Gallagher, Beck, Page they all had their own sound and style, and I miss that in todays players. 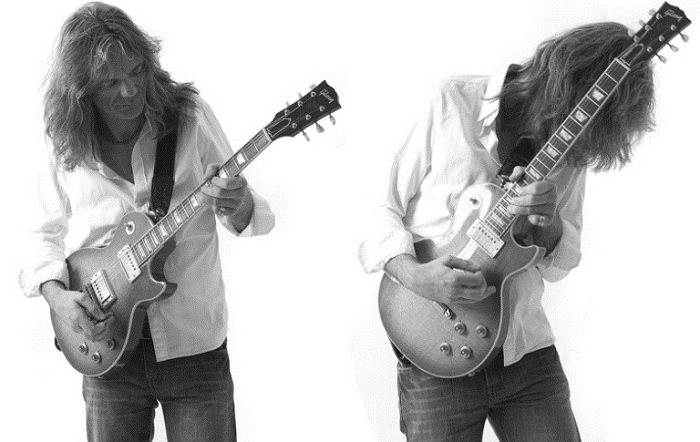