Interview with Indonesian Reyhan Naufal, one of the shooting stars emerging on the jazz & blues scene

Reyhan Naufal: On the Blue(s) Planet

Born in Jakarta, Indonesia in 1997, REYHARP or Reyhan Naufal is one of the young shooting stars emerging on the contemporary harmonica scene. Reyharp plays blues and jazz on the diatonic harp with a maturity and assurance which belies his years and astonished listeners at the prestigious Asia Pacific Harmonica Festival 2012, where he won the diatonic contest in the face of stiff competition. 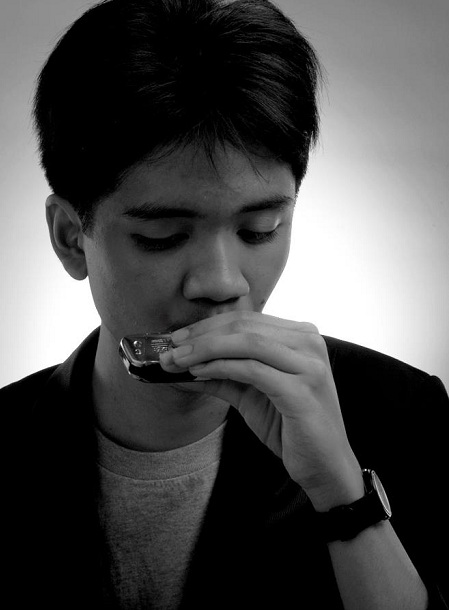 He first started playing harmonica when he chanced upon a HOHNER Blues Harp, lying in his uncle's cupboard. The unique form of the little instrument exerted a powerful fascination on the young Reyhan and he felt instantly drawn to it. He soon started learning to play the blues with his uncle as well as developing his musical talents by studying jazz on his own.

Reyharp proved to be a quick learner and he now plays the diatonic harmonica chromatically through the use of controlled bending and overbending. Despite his youth, he has already gathered considerable musical experience and has performed numerous live gigs as well as appearing on concert stages and winning several awards.

His general musical influences include jazz greats such as Keith Jarrett, Wynton Marsalis, Charlie Parker or Didier Lockwood. As a harmonica player he was inspired by Howard Levy, Carlos del Junco and Toots Thielemans.

When was your first desire to become involved in music and how started you feeling love for harmonica?

I loved music since early childhood. My family enjoyed listening to and playing music both jazz and classical music. I made me accustomed to and love the good music. For harmonica, it was five years ago when I found a blue box of a HOHNER Blues Harp in my uncle’s cupboard. At the first time I love the unusual little thing of the instrument especially in the shape. Sure I really love the sound after I have played it. I called harmonica is a simple but very expresive instrument.

How do you describe Reyharp sound and progress, what characterize your music philosophy? 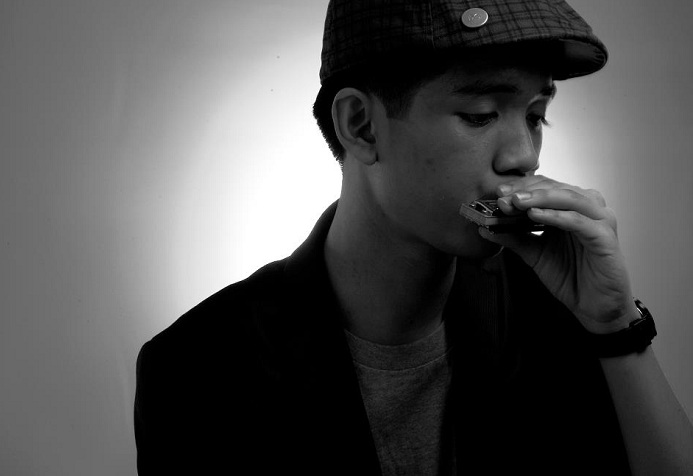 "I think the advantages of blues and jazz music is improvisation. Blues music is very expressive. Technically simple but is very difficult to play so good to hear."

I love my music career. All of the moments in my musical experience are interesting. The best moment of my career was when I was endorsed by the largest harmonica company in the world, named Hohner Harmonicas. At that time, I was the youngest endorsee for diatonic harmonica product. Really, I was a big fan of the product of Hohner because of the classical tunes especially in the diatonic harmonica. The worst one, I think when I was late comes to a blues jam session in several months ago. haha…

Yeah... I think the advantages of blues and jazz music is improvisation. Blues music is very expressive. Technically simple but is very difficult to play so good to hear. These advantages make the kind of music continues possitively and progressive and influential in the the development of music industries. Finally, I think both of those music genres have a unique features that makes the listener enjoy and fun.

The best memorable gig was when I get a chance to jam with the legendary blues band from USA name “The Nightcats” in Germany several months ago. The personalities of the band make me smile… they are proffesional, funny people…and very entertaining… 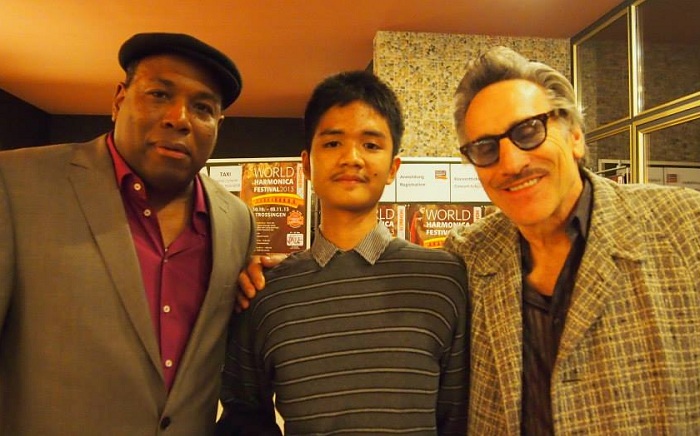 "The harmonica has an important part that we called as a “Reedplates”... which could scream some beautiful sounds when we blow out the harmonicas." (Photo: RAYHARP with Keith Dunn and Rick Rick Estrin)

The most important meeting in my life was when I attend a harmonica festival one year ago, and a guy give me an advice that when you have your own jam sessions, you have to respect to other player, and make your jam session as good as you can, don’t PLAY BY YOURSELF. Listen to others and respect…

I miss the sounds of the classic blues sounds like Sonny Boy Williamson ‘style’. There are few people now that play on that blues classic style. Now the blues, jazz or even any music genres has been grow and grow in this modern era and I hope people not forget to that blues classical style because it’s the first period when the blues music was born many years ago. I hope those style of music is not extinct even should be growing even though it should be adapted to the contemporary era.

Make an account of the case of the jazz blues in Indonesia. Which is the most interesting period in local scene?

Blues and jazz music in Indonesia was originally developed since colonial times. Lately better growing conditions seen in converning such annual music festival such as Jakarta Java Jazz Festival or Jakarta Blues Festival which is one of the largest music festival in Asia. In the music industry the jazz and blues  influence began to feel more and more popular recently. 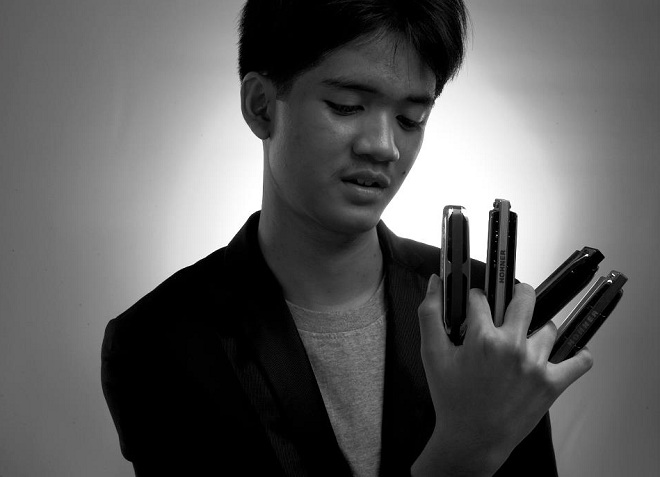 "I miss the sounds of the classic blues sounds like Sonny Boy Williamson ‘style’. There are few people now that play on that blues classic style."

From the musical point of view what are the differences between South-East Asian and American scene?

Blues music always identic with “Chicago” sound but in south Asian have their own scene about the blues tastes. For example, in south Asian blues have some mixing of traditional music, like from Indonesia, there is a Sundanese music, that come from west java. We could mix it the pentatonic sound with the blues and make it a beautiful and very unique sounds.

What do you learn about yourself from the jazz blues music and what does the blues & Jazz mean to you?

Music is expression. Absolutely I learn about life with the music

It was a unique little instrument that have a human voice. The harmonica has an important part that we called as a “Reedplates”... which could scream some beautiful sounds when we blow out the harmonicas. 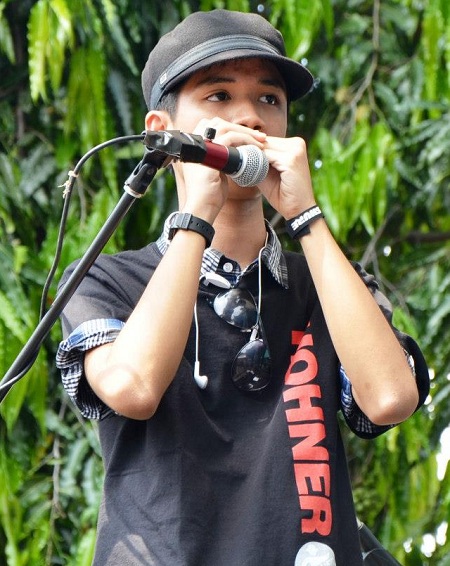 Playing music together with the great Charlie Parker... because I want to feel play bebop music with the man who pioneered. It is possible? Ha ha ha...

"Music is expression. Absolutely I learn about life with the music."

I want to make my own music label someday…

The soul from your heart…

Which of music personalities would you like to meet?