Interview with new blues artist Mitch Laddie, a wizard of guitar with a stronger focus on quality songwriting

"For the most part, we all share an emotional understanding even if it's on a fundamental level and Blues music hits it hard."

Mitch Laddie is an artist from the North East of England who, at 23, has recently released his second album "Burning Bridges". Inspired collectively by the work of John Mayer, Stevie Ray Vaughan, Eric Johnson and Jimi Hendrix, the record will see Laddie progressing from his debut effort, supplementing his guitar wizardry with a stronger focus on quality song writing. Mitch signed to his first record label at 16, and released his first album 'This Time Around" at 18. He's toured the UK and Europe supporting iconic bluesman Walter Trout and already has his own burgeoning international fanbase. 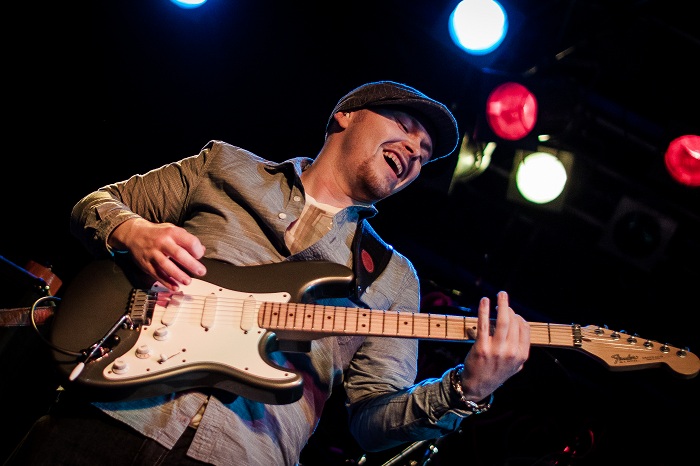 Mitch's second album "Burning Bridges" selected as joint 'Album of the Year' by Blues and Soul Magazine, sharing the honour with Tedeschi Trucks Band. His talent was spotted by Walter Trout who has mentored Mitch since he was just 16. Walter Trout wrote a glowing piece for Mitch's album saying "I believe Mitch is the finest of the new generation of guitar slingers." Mitch Laddie has toured extensively and has recorded a live sesson for Paul Jones on BBC Radio 2. The Mitch Laddie Band is a live experience that will leave anybody with an interest in guitar playing or vintage blues rock spellbound.

I think it will be the same in any genre of music but you learn a lot about song-writing and how you approach writing songs. Blues means a great deal to me because of the sheer influence it has had on me from being a kid. Every time I thought I'd heard pretty much everything I could with out being surprised, something would turn my head again.

How do you describe Mitch Laddie sound and progress, what characterize your music philosophy?

My sound is the result of influence, practice and the gift I've been given. My musical philosophy is to play and write from the heart with the utmost sincerity but always allowing yourself to have fun. I always push myself to be better and do better too. 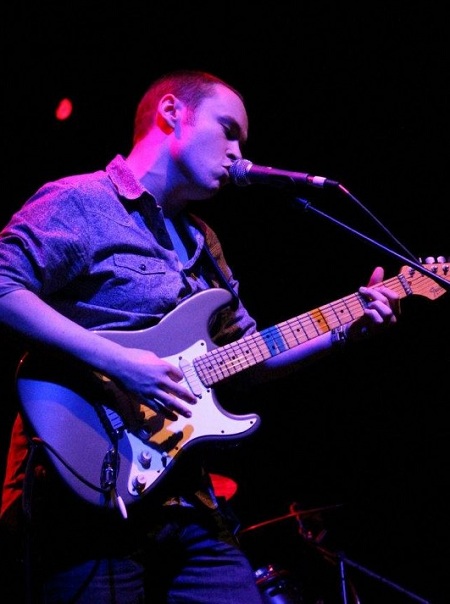 The world and everything in it. The pure corruption we're told to look past and the lies we're fed, as well as those that eat it all up willingly. That aside, everyday things like relationships and the little things that make you smile.

"Blues means a great deal to me because of the sheer influence it has had on me from being a kid."

Because it comes from the heart. For the most part, we all share an emotional understanding even if it's on a fundamental level and Blues music hits it hard. Standing in front of someone pouring their heart out on a stage is instantly recognizable as moving, especially if you've been through a lot yourself.

The funniest and strangest would have to be the time after a show there was a guy sat completely naked in the crowd and when we noticed him, he wiped his brow, put his clothes on and left. Bizarre yet hilarious.

I've had the most memorable jams undoubtedly with Mr. Walter Trout. The Paradiso, Amsterdam in 2007 as a 17 kid was amazing. The Downtown Blues Club, Hamburg 2010 & 2012 were also great.

To play from the heart and stay away from drugs. Advice given by again, Mr. Walter Trout. It took me a couple of years to adhere to both but I am eternally grateful for that advice. 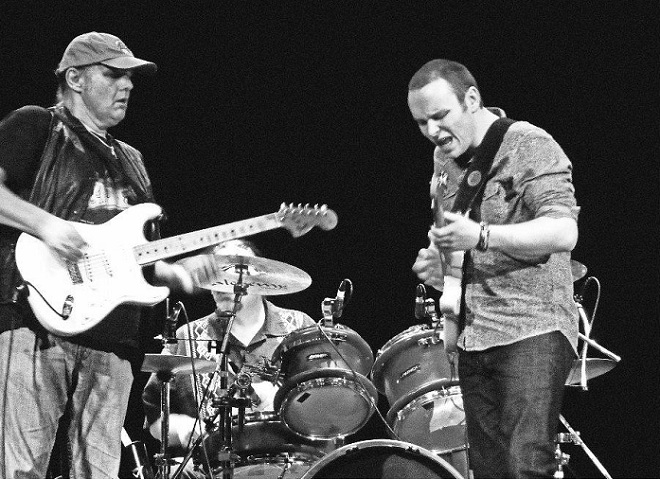 "If they lock Blues away in their consciousness as being something that shouldn't be played with by younger generations and take no notice of those younger guys, the genre runs the risk of dying with those purists." (Photo: Mitch and Walter Trout)

Are there any memories from Walter Trout and Johnny Winter which you’d like to share with us?

The first time I ever jammed with Walter and the band as a 16 year-old kid. Walter was one of my all-time guitar idols and I was like a Deer in headlights. It was amazing what Walter had to say about me after the show though and continues to say to this day, very surreal and humbling.

I just wish Stevie Ray Vaughan was still here and I could have seen him live.

My fears for music are that people are too busy being spoon fed what they are told to listen to and not getting up and looking for new music. We're already having to endure a faceless youth who are the puppets of Capitalism, wearing the same clothes as one another and yes; listening to the same music. There's no personality there anymore which not only is worrying for what music younger people are listening to but also what music young people are making. Money can only take us so far, it's sad. As for Blues though, it comes down to another problem and that is purists. If they lock Blues away in their consciousness as being something that shouldn't be played with by younger generations and take no notice of those younger guys, the genre runs the risk of dying with those purists. If they let it progress and grow they might be surprised. 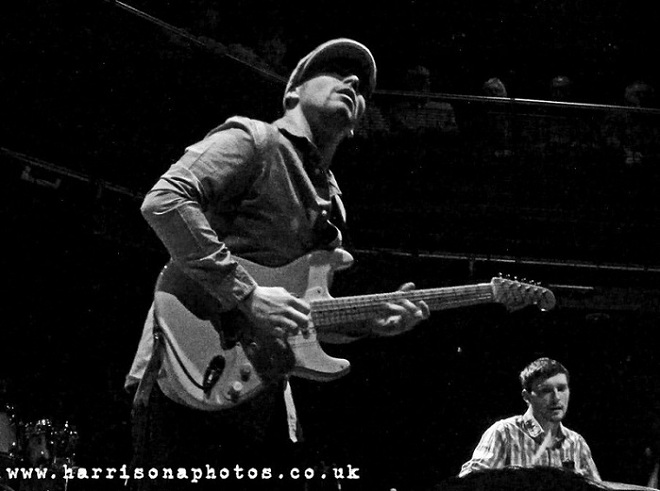 "The difference between Europe and the UK is the energy and love of the audience and the way you are treat by those that run/own the venue."

What touches me the most are the people who constantly travel and support musicians because they are moved by the music. It means something to them and that's the reason why I'm a musician. To move people, to bring joy.

What are the lines that connect the legacy of British Blues with American Blues?

It all comes back to the roots Blues music of the 20's through to the 40's making its way over to the UK and the explosion that was the Electric Guitar in the 50's and 60's. Much was the same in the US but they came out sounding a little different in style which is a great thing.

I couldn't honestly vouch for the USA as I've not been over there experienced it. However, the difference between Europe and the UK is the energy and love of the audience and the way you are treat by those that run/own the venue. They are so welcoming and warm which you rarely experience in the UK.

I'd like to go back to July 20th 1983 in Toronto and buy a ticket to see Stevie Ray Vaughan Live at The El Mocambo.