Interview with Canadian Dan McKinnon, modern stories through the veins of anyone who’s had the blues

"The blues is the greatest form of music there is. Not only has it stood the test of time for decades, but the blues is found in the roots of so many other types of music that it's impossible to get away from it."

Canadian Dan McKinnon’s approach to his music is simple – allow the listener to experience what blues has been in the past, and present where the blues can be in the future a musical level. “As much as I love the various blues classics, I'm interested in creating something different from what has come before me.” McKinnon says. 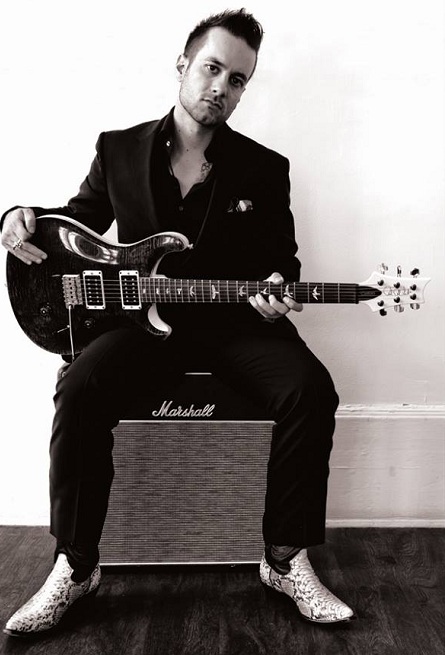 McKinnon, who earned a music degree from York University, was mentored by jazz great Nelson Symonds. This training and mentorship adds an interesting depth and twist to the music he creates. He performs regularly in his hometown of Toronto and has performed in cities such as Los Angeles and New York.

A step back from the overproduced, blues/rock retread, McKinnon’s take on the modern blues features themes that course through the veins of anyone who’s had the blues; pain, heartbreak, love and sex, paired with hard-hitting grooves and sweet melodies. This is modern electric blues that's reckless, intense and dirty.

To me, the blues is the greatest form of music there is. Not only has it stood the test of time for decades, but the blues is found in the roots of so many other types of music that it's impossible to get away from it.

I've found that the best songs come from life experiences and not having the fear of being honest with yourself when putting your thoughts to paper. Unlike some forms of more commercial music, one of the greatest things about blues music is that it's next to impossible to be successful if you're disingenuous or fake.

How do you describe Dan McKinnon sound and progress, what characterize your music philosophy? Musically, I try to fuse the attitude of great rock n' roll and the depth and harmonies found in jazz music with the blues. Every time I pick up my guitar, I always am looking to outdo myself from where I was the day before and play with the intensity that I have something to prove. I still get a great deal of satisfaction from practicing each day, transcribing and studying new players and styles.

"I feel great about the future of blues music primarily due to the accessibility of music that's available now on the internet."

Fans of blues tend to be extremely passionate about the music. I've really only been exposed to the scene here in Toronto for the last year, but one of the things I've come to realize is how supportive both the musicians and fans of the music are.

While I've been thankful to have played with some incredible musicians, the most memorable and enjoyable gigs I've played have been with my current trio (Aaron Carter and Jon Foster). We recently started rehearsing for future shows and playing with the two of them always puts a smile on my face.

The best teacher I've ever had the chance to study with was Steve Khan, a jazz guitarist based in New York. His father was Sammy Cahn, who wrote the lyrics for a number of songs in the Great American Songbook and Steve himself has played with such artists as Miles Davis, Michael Brecker and a host of other big names. He was big on learning the fretboard inside out, having impeccable time and always having a sense of 'blues' in your playing, regardless of the style of music. Also, he had great advice when it came to recording (never record in a cheap studio or try to save money on a recording engineer).

Which memory from the late jazz guitarist Nelson Symonds makes you smile?

There are too many to list just one. It was great hearing his stories about spending time with icons like John Coltrane and Wes Montgomery, along with hearing about his philosophies on the guitar. Sometimes when you get to know someone that you've admired from afar, you're ultimately disappointed. With Nelson however, he truly was twice the man he was the musician. I consider myself extremely fortunate to have gotten to know the man so well during the last few years of his life as he truly was one of the greatest guitarists this country has ever seen. 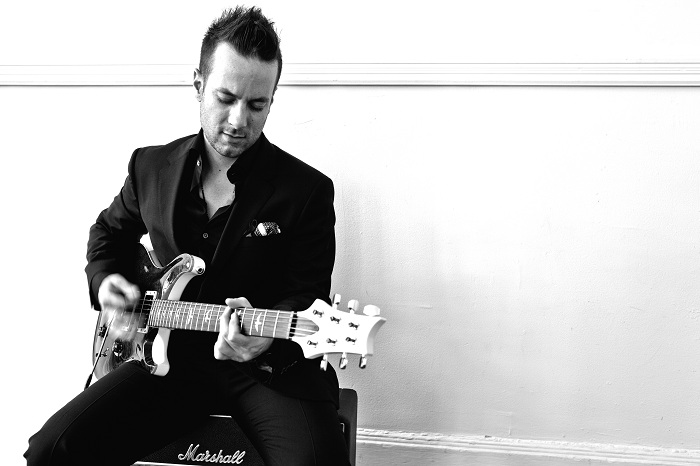 "I try to fuse the attitude of great rock n' roll and the depth and harmonies found in jazz music with the blues."

They were fuelled by energy drinks and adrenaline. We recorded the album over the course of three straight days where the band recorded all the tracks live off the floor with minimal takes or overdubs, with the vocals being recorded all on the final day. It was without question the best musical experience I've had to date and I'm extremely proud of the music we churned out.

From the musical point of view what are the differences between: Toronto and other Canadian blues scenes?

There are a wide variety of scenes here in Canada from what's happening out west, in Ottawa and in the Maritimes. We hope to do some touring in the next year so we actually get a chance to see what's up in the various areas of the country, but there is no question that the talent pool of blues artists in Canada measures up with any other scene on the planet.

I feel great about the future of blues music primarily due to the accessibility of music that's available now on the internet. With sites like YouTube and services like Rdio, you can listen to just about any album at the click of a mouse and don't have to be at the mercy of commercial radio. It's substantially easier now to get your music out there than ever.

What has made you laugh lately and what touched (emotionally) you in music circuits? 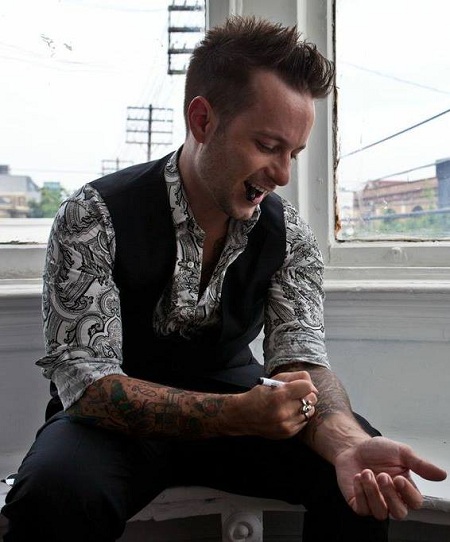 When it comes to laughs, I still make a point to watch Spinal Tap every so often and after fifteen years of watching that movie, the jokes never seem to get old.  Musically, there have been countless of performances that have really tugged at my heartstrings, but the last time I saw a show that really had an impact on me was a few years back when I saw Kirk Fletcher play at The Baked Potato in Los Angeles. In my opinion, he's the best blues guitarist on the planet today.

It would be a consecutive tie between early 60's Chicago and New York. I would've loved the opportunity to have witnessed some of the great blues and jazz music that was created during this period, specifically getting the chance to see Buddy Guy and Wes Montgomery at their peak.

Both would be given a copy of my last album and I'd ask both of them to keep me in mind in the event they were ever looking for a new guitarist. Charlie Musselwhite, especially!