"Together, blues and jazz have still got the primal spark that’s missing from lots of manufactured pop and TV talent show kids."

Plymouth’s Blues and Soul singer Mama Tokus, aka Katie Tokus,  is an entertaining and edifying, funky and funny singer, hostess and poetess who writes and sings nu soul, blues and R&B tunes, nu-music-hall ditties and humorous (but always groovy) tunes – memorable originals and interpretations. She hails from that wellspring of blues and UK R&B, the Thames Delta (think Ian Dury, Dr. Feelgood and Zoot Money). She lives in the Deep South West, close to the Tamar Delta…but she’s inspired by the Mississippi Delta. Expect a lesson in gospel, soul and blues delivered in Estuary English. 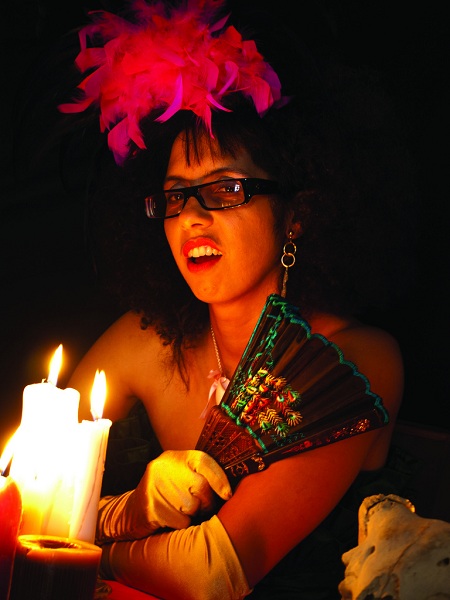 Mama Tokus makes her album debut On The Ragtime. Expect cheeky rhythm’n’blues, new-gospel, saucy swing, fruity funk and rude blues from the ladies’ perspective from On The Ragtime. Original songs penned by Mama Tokus tackle eye-rolling subject matter including: love for older men, a celebration of bigger butts, wife beating and the plus-points of choosing a child-free lifestyle. Mama’s memorable songs are presented with great vocals and musicianship from an ensemble cast of superlative musicians (The Sons of Bitches) resulting in a richly-textured sound that will reward repeated listening. The album features story-songs drawn from Mama’s busy life.

How important is music in your life? How does music affect your mood and inspiration?

Music is my lifeblood, my soundtrack and it totally affects my mood. When I want to expand my mind and find inspiration I put on a record (or sometimes even a CD…!) Hearing music helps me write music too. I turn to my record collection for inspiration when I’m composing.

How do you describe Mama Tokus progress and what characterize your philosophy about the music & poetry?

Progress? I’m a late bloomer! It’s taken me this long into adulthood to release my debut album and start writing words to perform, even though I’ve been singing and writing since I was a teenager. I’m a slow burner and I’ve sat on ideas for years before they’ve been born.

In recent years, though, I got fed up with ruminating about stuff for ages and I decided to move quicker, and that’s my philosophy now. Do stuff! Do more stuff! Before your time runs out!

The first song on my album On The Ragtime is called That Was It and it is all about doing your stuff before you get dug deep into your grave. 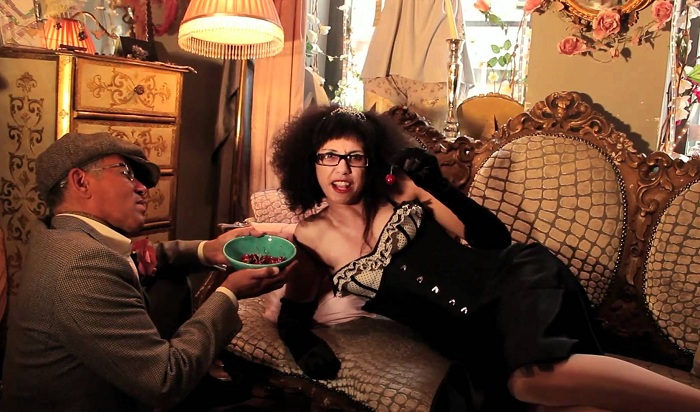 "My dream is to be commissioned to write and perform songs that inspire positivity, prompt humour and hope – and get paid with a massive royalty cheque!"

I consciously try not to dwell on bad experiences because I don’t want to express negativity to others – there’s enough in this world and I think too many people moan about stuff in their music. I suppose that sounds like a bit of a contradiction if you’re playing the blues though.

Even so, I’ve deliberately written songs about positivity triggered by uplifting moments in my life. Hang on. Apart from Wifebeater, which is about domestic violence. Oh no, I’m getting into trouble here…

What I should also say is that while a writer should stick to what they know, there is such a thing as poetic licence. As a perpetual fantasist, I’ve taken songs to all sorts of crazy places when I’ve been writing them. And I’m also keen to write songs from the perspective of a 40-something woman. Teenagers have ruled music for too long, haven’t they? I think I’m in an interesting period of my life right now actually. I feel like my authentic voice is just starting to come out, my real ideas are poking through, plus I’ve got more confidence to say and do these ideas than I had in my 20s.

Best moment? Hearing that I was booked to play California. Worst? Being engulfed by a smoke machine at the side of the stage.

"Happiness is something fulfilling to work towards and be a part of, and for me that’s making music and memories with fantastic people."

Jazz is the music of improvisation and therefore change. It’s always new and reinventing itself and that’s inspiring. Blues is the basis of lots of modern rock music, with a core of African styles and scales, speaking to us on a visceral level. Together, blues and jazz have still got the primal spark that’s missing from lots of manufactured pop and TV talent show kids.

Do you remember anything funny from the recording and show time? Which memory makes you smile?

If nothing funny happens at one of my shows, I regard that as a failure. Actually a recent gig I did saw me catch my feather head-dress on the grand piano lid and that got a few laughs, especially as it wasn’t deliberate.

One of the most memorable times at a show was when I was singing (Too Busy Too) Reproduce and I walked into the audience, where I met a mum and her newborn baby. Mum let me hold this darling, sleeping baby while I finished the song, and of course by the end, I was eating my own words.

I recently participated in a cracking jam session in San Diego with loads of food, drink and great musicians. They all joined in on a version of Too Much Butt – it’s on film actually at youtube.

Some of the most memorable gigs have been about the venues. I played by the poolside in a big posh party, I played in San Diego Wildlife Park, I performed beneath a geodesic dome lit by ultra-violet light in for a Lord’s birthday in front of his stately home, and I also did a private candlelit gig to 6 people in their tent in a field at a festival. "Music is my lifeblood, my soundtrack and it totally affects my mood."

I guess meeting a wonderful zydeco band called the Bayou Brothers at a blues festival I was organizing was a really special moment. It led to me touring Southern California with them earlier this year! We hope to do much more music together in the future.

Best advice? My singing teacher told me always to stand up straight and open your mouth, and I use her wisdom in all walks of life.

What are your hopes and fears for the future? What do you miss most nowadays from the past?

I try not to have fears for the future – that’s counter-productive and gets you nowhere. But I do hope that we as one global nation under a groove can get it together really soon to love not hate, nurture the environment and the female. Like now!

I miss records being the music format of choice, although they are making a little comeback. Albums are just so good-looking and sounding.

It was a funeral that did both, which sounds strange but it was true. The woman who was being celebrated was a hilarious friend of mine and the tributes to her had us laughing and weeping at the same time. I hope that happens at my funeral. Which won’t be for a very long time, I hope.

What are the lines that connect the legacy of Poetry with Blues to Soul and continue to Jazz and cabaret music? I’m no historian, but for me the lineage goes from the African Griot, spreading communication and wisdom, through to poets like Langston Hughes, singers like Nina Simone, through to hip-hop and rap, and using blues, jazz and the stage to continue that communication. I hope I’m a small link in that chain of events too.

"My singing teacher told me always to stand up straight and open your mouth, and I use her wisdom in all walks of life."

The moment I win the Euro-Millions lottery. It hasn’t happened yet, but I’d love to see the look on my face again and again. I’d probably hang the picture in the toilet.

That’s so unfair. As a lover of vintage and sci-fi, I’d make us travel-sick going back and forth. But I would have loved to have witness a Motown records session with Stevie, or maybe look into a New Orleans bordello with Louis, or head to the Village Vanguard to watch Ella.

A Tokus time capsule would contain a portable record player and my first ever vinyl record, which was by Pinky and Perky (cartoon piglets) to show people how I used to play music. It would have pictures of my dear grandmother, who was my parent and role model, and a glamorous woman as well, plus it would have a DVD of the movie Close Encounters (one of my favourites) just so that the people of the future could compare our science fiction with fact.

My dream is to be commissioned to write and perform songs that inspire positivity, prompt humour and hope – and get paid with a massive royalty cheque! OK, so it’s not all about the money. Happiness is something fulfilling to work towards and be a part of, and for me that’s making music and memories with fantastic people. Which is what I’m doing. 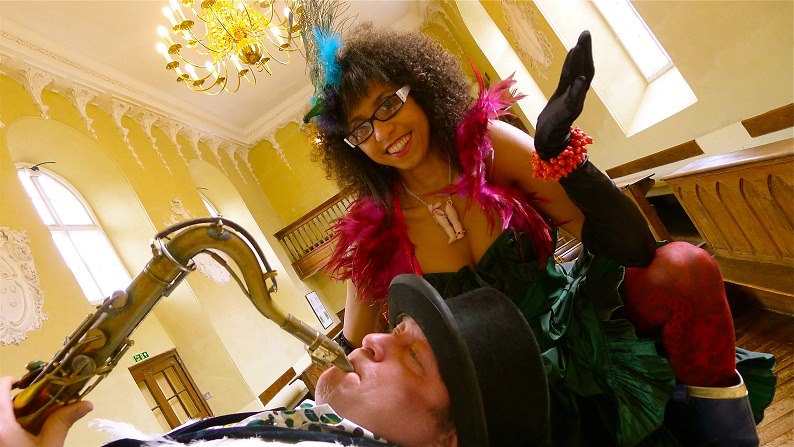