"Rock isn’t dead. Each generation passes on their love of rock to the next. It’s a trickle down affect."

Neil Daniels is a freelance British writer specialising in rock and heavy metal. Educated at Middlesex University, where he obtained a BA Honours degree in Film Studies, he has written books on Judas Priest, Robert Plant, Bon Jovi, Linkin Park and ZZ Top. Daniels co-authored Dawn of the Metal Gods: My Life in Judas Priest & Heavy Metal with original Judas Priest singer and co-founder Al Atkins. It was published in 2009 by the revered Berlin-based publishing company Iron Pages, and features many rare and previously unseen photographs of the band from the early years (1969–1973) as well as items of memorabilia. 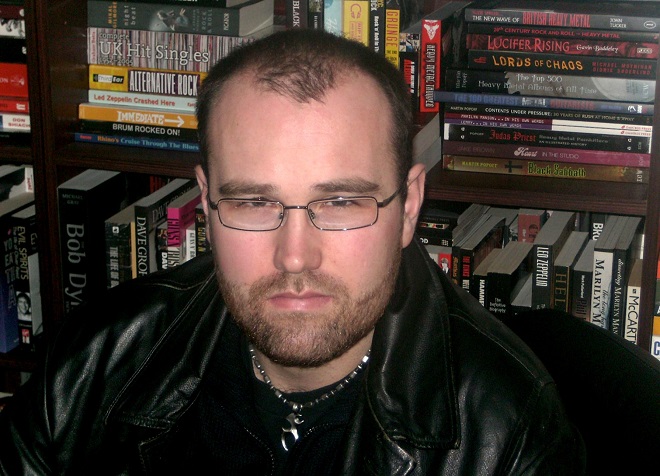 In August 2009 he published his first print on demand book, All Pens Blazing: A Heavy Metal Writer’s Handbook. With a foreword by the Canadian metal historian Martin Popoff, the book contained 65 exclusive interviews with famed rock and metal writers. It won critical acclaim in the rock and metal press, and a second volume named All Pens Blazing: A Rock & Heavy Metal Writer’s Handbook Volume II was planned for mid 2010, along with Rock ‘N’ Roll Mercenaries: Interviews With Rock Stars Volume I, which collected 40 interviews. In late 2009 Daniels was employed by Colin Larkin to work on the poll website Btoe.

I listen to music everyday – on the radio, on my computer, at home. It never ceases to raise a smile. When I’m angry or sad or happy I listen to music. Not only rock and metal but also soul, Motown and some pop. I think it’s good to have broad tastes. I always go back to rock music though. My music collection is huge and takes up an entire room at home.

How do you describe your mission and what characterize your music philosophy? I don’t have a mission as such. I’m just a rock fan who enjoys writing about music. I try to focus on my favourite bands such as Maiden, Priest, AC/DC etc but I’ve written other books too such as Linkin Park. Recently I started writing about film with books on Matthew McConaughey and soon, Martin Freeman (due in April). I admire writers such as Martin Popoff and Dave Thompson – writes with an envious work rate and strong writing style.

"I’d go back to the late 60s and early 70s and watch Led Zeppelin, Cream and later Queen and Deep Purple in their prime."

Why did you think that the Rock n’ Roll culture continues to generate such a devoted following?

Rock isn’t dead. Each generation passes on their love of rock to the next. It’s a trickle down affect. Sure, rock isn’t as popular as it was in the 70s and 80s but look at how successful the tours and festivals are. It’s popular with the working classes – it’s about freedom and rebellion.

Are there any memories from your interviews with Rock n’ Roll stars which you’d like to share with us?

Some of the most humble and fun interviews have been with the late Ronnie James Dio, Jimi Jamison and Kevin DuBrow (RIP) as well as Sammy Hagar, Biff Byford, Brian Tatler, KK Downing and Glenn Tipton. I’ve been fortunate enough never to have had a bad interview.

I wish I was old enough to have seen many of my favourite bands in their prime. Some bands such as Judas Priest are way past their best. My fear is that bands will stop making albums; it seems that way. My hope is that rock music continues to thrive on the live stage. However, ticket prices must come down!!

Interesting question. I wish there was less snobbery about rock music.

How started the thought of ZZ Top Guide and The UFO Story? What does Blues Rock mean to you? 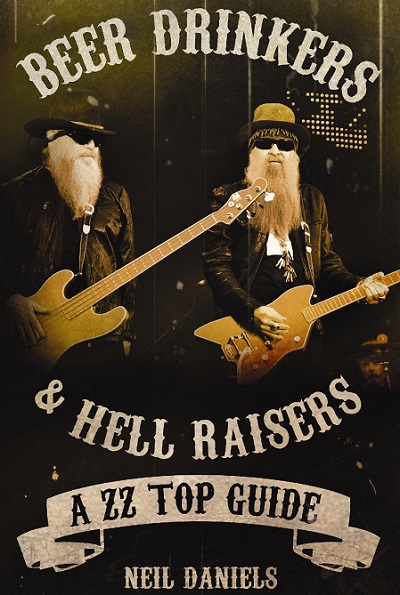 I love blues rock – from Clapton and Beck to UFO, Free, ZZ Top to Joe Bonamassa et al. These are true musicians and craftsman, lovers of the blues. Of course it’s through these guys that I discovered BB King, Bo Diddley and the like. I also love the Stones.

"My hope is that rock music continues to thrive on the live stage. However, ticket prices must come down!!"

What are the ties that connect the legacy of Rock with Metal and continue to Pop and beyond?

I listen to Joe Elliott’s show every week on Planet Rock here in the UK – and it never ceases to make me smile. What a terrific bloke. I love Def Leppard. Joe is a fountain of knowledge when it comes to rock – he provides great music and banter.

Where would you really wanna go with a time machine? What memorabilia (books/records) would you put in?

I’d go back to the late 60s and early 70s and watch Led Zeppelin, Cream and later Queen and Deep Purple in their prime.