"The Blues is that heartache that cuts right through you, but it is also that healing feeling you get when you look straight at life’s ups and downs with no “bull”, no pretending."

Gary Preston: Fly Me To The Blues

Gary Preston plays the blues with a strong personal style. He has performed from Toronto to Detroit to Vancouver, as well as in Europe and the Caribbean. Gary has been a regular headliner at the Vancouver Harmonica Blast, and instructor at the Hornby Island All Stars blues camp. He's also been featured in major festivals such as the Island MusicFest, Winnipeg Folk Festival, the Vancouver Island Blues Bash, Calgary International Blues Festival and the International Jazz Festival. 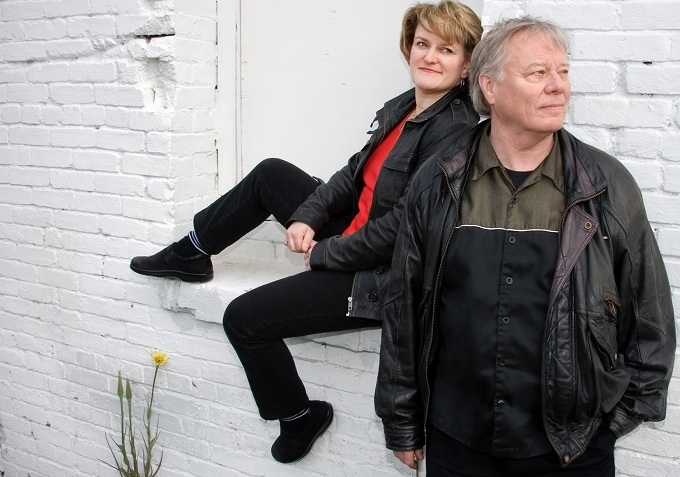 I guess I’d say that playing (or listening to) the blues puts me right in touch with my own heart, my own center – I feel like I’m “me”.

Gary has also been heard nationally on CBC Radio, and has made numerous other appearances in recordings, jingles, television and radio. Over the years, Gary has shared the stage with Eric Burdon, James Cotton, Lee Oscar, Colin James, Dutch Mason, The Ray Charles Orchestra, Otis Rush, John Hammond, Mark DuFresne, and the late harmonica master, Junior Wells. It was Junior who, after hearing Gary play, pronounced him to be GoodDamn good! Gary talks about local scene, his parter Anita Bonkowski, Junior Wells, James Cotton, Dutch Mason and the human voice of harmonica.

I guess I’d say that playing (or listening to) the blues puts me right in touch with my own heart, my own center – I feel like I’m “me”. To me blues is that heartache that cuts right through you, but it is also that healing feeling you get when you look straight at life’s ups and downs with no “bull”, no pretending.

How do you describe Gary Preston sound and progress, what characterize your music philosophy?

Music players are very lucky because we NEVER finish learning, there is always so much more. Players I respect understand this, and don’t obsess with how great they are. Also, any musician can teach me something if he or she plays with passion and honesty. My own path is to always try to get closer and closer to the music that I hear in my imagination. So I’d have to say that I hope I sound like me, and nobody else. My influences start with country players like Skip James, Robert Johnson, then early Chicago blues, but also jumping jazzy stuff like Louis Jordan. I don’t really know about the best and worst – I’m just plain happy when I play. Right now is a great time – I have a terrific band and a solid musical partnership with Anita Bonkowski. She is my other musical half – a great player on the bass and drum kit (we call her the Queen of the Shuffle) and she comes up with punchy arrangements. We travel regularly to Europe – play mostly in the Belgium area, and we record on an ongoing basis. Our second album as The Kingmixers will be out soon, it’s called “Flyboy”, and I think it sounds great.

Real blues music is always about honesty and simplicity – not about choreography and costumes. It’s music for grown-ups – people who understand and have experienced real joy and heartache in their lives. So after you get tired of stuff with no substance, you always want to go back to the roots.

It was only when I saw and met “real” blues players that I believed that I could do it too. I needed to know that people really play this music NOW, not just on old records. So meeting Muddy Waters was a huge joy and a huge motivation for me. Best advice I ever got was to love the sounds that are naturally mine – for example, don’t gruff up your voice unnaturally to try to sound like someone else.

Last June Anita and I were playing as a duo in a beer tent at the Beer Festival in Belgium. The tent was full of cheering people, and then a couple of heads popped around the corner of the tent flap, and in came an entire brass section of saxes, trumpet, trombone. We started jamming, and along came yet another group of musicians who also joined in – we must have played 45 minutes past the end of our set time, and by then the crowd had spilled out and filled the entire walkway by the beach. There is no other feeling like that in the world. 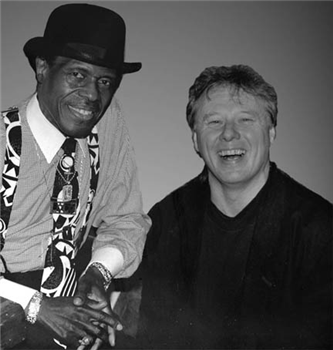 The “good old blues” sounds to me like a natural expression of the way the player thought and talked, the sound of fields, church, railroad trains. Now it is a “musical form” for most people rather than a way of life, and I hope that the influence and mixing in of other musical styles doesn’t rob it of its essence. Also, it seems that in past days there was just more live music everywhere. I hope it never disappears.

Which memories from James Cotton, Dutch Mason, and Junior Wells makes you smile?

Junior Wells made me laugh when I asked him about my playing – at first he just quickly said I was: ”Good”, then he thought a bit and said: “damn good – you’re a mother&#$er”. He said the difference between my playing and his was that I go “da da da dah” and he goes: “dit dittedly doo zip zip” – Funny thing was, I think I know what he meant! James Cotton struck me as really just a great big kid at heart, just wanted to hang out, laugh and no matter where we went or what we were doing, he wanted to come, too. Dutch Mason was quite a character – it seemed that after every gig he’d grab a bottle, stretch out on the bed in his underwear, and just relax and chat with everyone – including reporters, women, whatever, just smiling and chatting and totally ignoring that he was undressed.

The ultimate source of all “blues” is a human voice crying out. The harmonica plays with your own breath, It plays when you breathe in AND out – and you can really make it talk – a little slurring of the breath, a little dipping with the bends, and it really talks. So the secret is to not think about playing notes; play phrases, SAY something when you play.

What are the lines that connect the legacy of Blues from States to Canada? How do you describe local scene?

Canada doesn’t have the same history of a significant population of blacks who descended from slaves. Where I live in Western Canada, U.S. blues players didn’t re-locate to Canada much in the old days – they did do that a bit in some parts of Eastern Canada. So a lot of our blues comes from radio, records, and touring musicians. Blues radio travelled hundreds, even thousands of miles straight up through the prairies to Central Canada, where I grew up. As a kid I could listen to blues on Chicago radio stations. I first saw Muddy Waters in 1968 or 1969 in Winnipeg. It was when I moved to Toronto in 1970 that I saw blues all the time – great local bands like Whiskey Howl and Downchild, and touring players like Howling Wolf, Muddy Waters, Sunnyland Slim, John Lee Hooker, the list goes on and on.

I now live on the West Coast of Canada, in Victoria. There are very good players who have toured up the Western coast of U.S.A. and Canada – Mark Hummel, William Clarke, Rod Piazza, Etta James, Keb Mo, lots more. The local scene is mixed – a few very good players of real blues, and a lot more players whose blues is heavily flavored with rock influences. "Real blues music is always about honesty and simplicity – not about choreography and costumes. It’s music for grown-ups – people who understand and have experienced real joy and heartache in their lives. So after you get tired of stuff with no substance, you always want to go back to the roots."

I would steer people away from the “American Idol” way of looking at music as being about “marketable entertainers”, and have them look at musicianship and musical integrity. No matter how pretty you are or how choreographed your dancing is, if your music isn’t worth a darn, I don’t want to hear it!

I am touched by the loyalty of blues fans and the way they remind me that the music is really important to them. One funny incident recently was when I was playing my heart out in a slow blues, sweat dripping and burning my eyes … and with my eyes shut I heard people cheering and clapping and just going wild. I felt so proud until I opened my eyes and saw that they were cheering a drunk guy who was standing in front of me doing a strip tease.

Hmmm … maybe Kansas City or New York City in those great days of the 30s and 40s when there was music everywhere, late night jam sessions that went on til daybreak. I’d love to see the greats, and just soak up that way that they were always trying to make the music sound better. 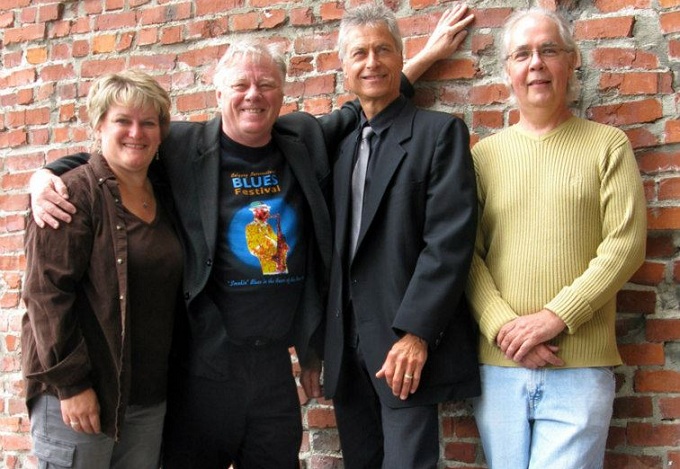