"I have learned from blues that it is a lot easier for me to say something with music than in real life. I don’t really perceive blues as a musical style, more as a means of communication and sharing your emotions with other people."

Rolin Humes is a Croatian band that is on top of their artistic strength and vitality, bursting with young blood spilled all over themselves and the audience. Words can´t really describe what is going on here – there is a feeling of a dark, crazy, mind blowing wedding ceremony directed by the four nutcases- Emil Bišćan on bass, Matej Smiljanić on drums, Nikola Smiljanić on guitar, and Robi Hudulin on piano,vocal -or a funeral gone terribly wrong, everybody drunk, laughing and just gone wild, but at the same time everybody in pain, suffering. It is a somewhat pretentious journey, to try to dig your hands into the past events and manage to figure out where exactly did the minds collide with the intention of creating something of a huge importance for the four lonesome souls. But it happened somewhere between the awkwardness and beautiful experimentation of playing with someone you never met before, within a concept of a "Blues Jam Session". 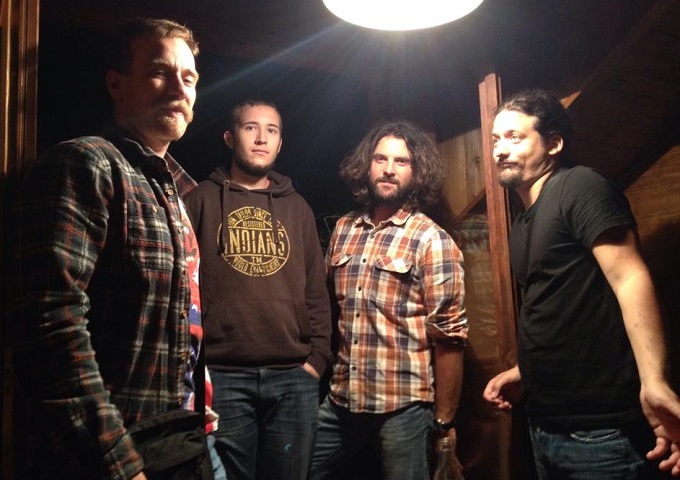 What Robi had found there, in an eclectic town by the sea, in that special Jam, was something he was looking for his entire career, and, as with most things in life, when almost in a state of giving up – it hit him right in the face. What happened there is already a history, and what came out is a four-headed monster that you have no slightest wish to control or contain. Because the beast has its paws wrapped around the initial blues experience, it has somewhat of a blue sound, but the body evolved in a different way, hard to musically pin down – but could fit in a description the band members gave by themselves: "The Circus Blues Act", I would even say a "Furious Circus Blues Act". There really is a nutty Circus here – there is a Blue tone packed with virtuosity and incredible emotion, and there is an Act, because sometimes you get the feeling you are witnessing a theatre performance, even though there is really only music in its most complex form. Furious part? Well, that is a story you could fully understand only by hearing this band live.

Nikola: I have learned from blues that it is a lot easier for me to say something with music than in real life (haha). I don’t really perceive blues as a musical style, more as a means of communication and sharing your emotions with other people. That is why you have to “feel” it. Otherwise it’s just rambling. There are very few people that I know of (besides the greats) that can really establish that communication with people. And the beautiful thing is that sometimes you discover blues somewhere where you would never expect it. It has no boundaries-everything leads back to the blues.

Robi: To be honest I am not aware of what I have learned about myself from the blues and I can't say what the blues means to me but I am very happy that the blues is a big part of my life.

How do you describe Rolin Humes sound and songbook? What characterize band’s philosophy?

Robi: We are a very well organized chaos. We like to leave a lot of space for improvisations and variations but we don't allow it takes the best of us. The simplest description of the Rolin Humes sound would be pop/rock/blues. But there is much more going on there. We all grew up listening to different styles of music (classical, blues, jazz, pop, rock, metal, prog) so I guess we all brought something of what we grew up with to our sound. 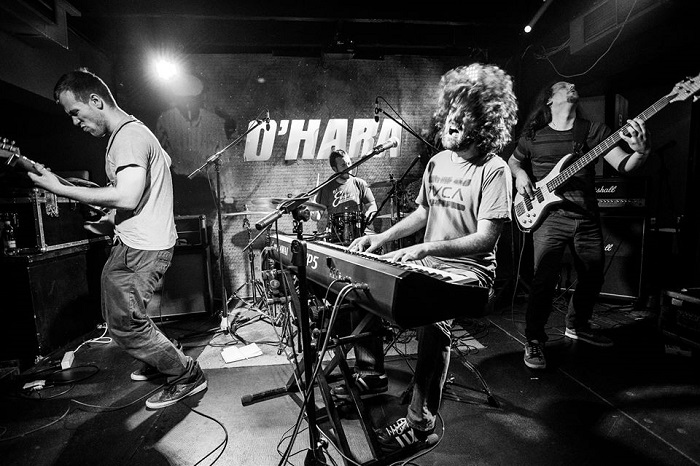 "To be honest I am not aware of what I have learned about myself from the blues and I can't say what the blues means to me but I am very happy that the blues is a big part of my life."

Nikola: Some of my favorite memories are from the days when I lived in Rijeka. There was this club where we used to play blues sessions every Monday. Those were the times that I learned the most about real live playing. I played with musicians that had a lot more experience than me and I was put outside of my comfort zone every Monday for two years. There really is no better way to learn how to play than to actually play music in front of other people.

Robi: We had a fair share of crazy gigs and festivals and we met a lot of strange people. Last summer we played on a festival somewhere deep in the forest near a lake, far from civilization. The atmosphere would be best described as from the movie Deliverance, luckily for us it wasn't that bad.

Nikola: I don’t really miss anything. Only thing that is changing is the fashion. But the true essence of what music means is still present, as it has always been. Maybe it's not in the center of media’s attention, but there are so many young musicians and bands that believe in this and that are “writing” history as we speak that it doesn't really matter .Music doesn't owe us anything. We are in dept. because we were so lucky to find ssomething that makes our life much more beautiful.

Robi: I can't say that I miss anything. The best thing about the music in the past is that is in the past and we were lucky to have been influenced by it and enjoy it.

Nikola: That I become a superstar (haha)! There are a lot of good things and a lot of bad things in music these days. Maybe I'd like for more people to experience music in its full beauty maybe that would change some things for the better.

Robi: I would make it more about music and less about business. 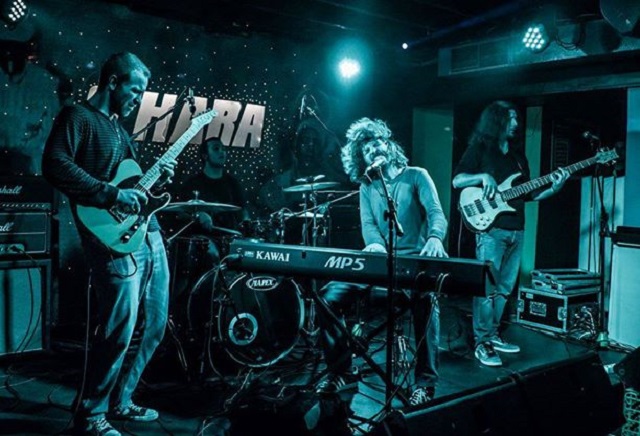 Rolin Humes are: Emil on bass, Matej on drums, Nikola on guitar, and Robi on piano,vocal

Make an account of the case of the blues/rock in Croatia. Which is the most interesting period in local scene?

Nikola: Croatia is a small country, so it is very hard to find the audience for the blues. Maybe in some bigger cities there are some clubs that keep it alive, but not on a level that you could say we have a strong blues scene. However, we do have a scene of good young musicians and artists of which some play the blues. People here usually respond very well on live blues because you don’t have to be “educated” in blues style to appreciate the music and positive energy. Blues is a live act. That is why a lot of people don't understand it when they listen to the records. If there were more places that had good blues and jazz shows people would be listening a lot more to those styles of music.

Robi: The most interesting period for music in Croatia was the late 70's and 80's, it was when Croatia was still a part of Yugoslavia. It was something like the 60's in Britain. There were a lot of bands, music and most importantly a lot of enthusiasm from bands, club owners, audience and record labels.

What are the lines that connect the legacy of Blues Rock from United States and UK to Croatia?

Nikola: I really don’t want to go in the history of Croatian blues rock scene and t's connections with the States and UK. What I believe is a strong connecting point is the strong urge in people to create music. It's a vehicle for expressing themselves, connecting with each other, making statements, laughing, crying. It is a universal phenomenon I think and so it found its way to Croatia as well! "The simplest description of the Rolin Humes sound would be pop/rock/blues. But there is much more going on there. We all grew up listening to different styles of music (classical, blues, jazz, pop, rock, metal, prog) so I guess we all brought something of what we grew up with to our sound."

Nikola: What has touched me is how many people decided to help us make the trip to USA and be a part of IBC. Times are not the best for making music and making a living from it, but despite that a lot of young people are forming bands, playing, touring-taking their music to the people.  A lot of  people are really helpful when it comes to realizing your dreams and I am grateful for that.

Robi: As Nikola already said, we are truly happy and moved that so many people gave us there support and helped us in every way possible to make our existence possible cause without the fans there would be no use for us.

Nikola: I feel like I am where I should be and I am happy with it so I don't have any Idea where in the past I would want to be. I can think of a lot of days where I would like to be in the future-playing music to the people!