"I miss that I was not around in the 70s. The music then seemed more free and less directly commercialized? I may be wrong but that's the sense I get."

Jo Harman: The Diamond Of Crown

Born in London, raised in Devon, Jo Harman pursued her love of classical music - playing bassoon to grade 8 standards in a number of prestigious youth orchestras. After gaining a degree in performing arts, she subsequently made her wy to Brighton via travelling the world to study at the Brighton Institute of Modern Music where she fine-tuned her voice into the evocative, powerfully soulful and bluesy instrument it is today. 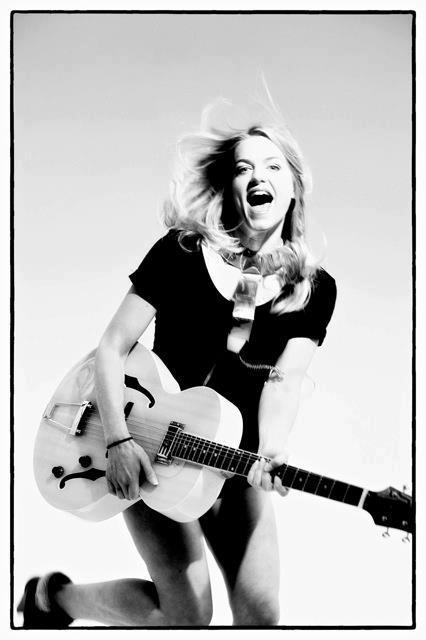 Jo’s first ever European performances were much sought after support slots for the likes of Cranberries, Don McLean, Mick Hucknall, Johnny Winter and more, as well as performing her own shows at prestigious festivals shows in Europe. With 40 odd festivals in the book for 2013 alone, many as headliners, her calendar included prestigious slots at the likes of Cheltenham Jazz Festival, Edinburgh Jazz Festival and Blues Fest at the Royal Albert Hall. Back in Holland, Jo was very recently invited to appear, alongside the likes of Bob Geldoff, Sinead O’Connor and other household names, as one of only 12 artists appearing at Parkpop, Europe’s biggest free festival. Jo’s debut album ‘Dirt On My Tongue’ was released as a low key, no PR budget, independent release in March 2013. It attracted universal praise and some incredible, and unlikely, reviews. This resulted in noted V2 label releasing the album in Benelux on September 2013, where the album made the national chats proper, in Netherlands. European TV and mainstream radio soon followed. ‘Dirt on My Tongue’ was subsequently (re) released in UK by The Big Chill Label, being available in HMV and other major retailers via Proper Music (Music Weeks retailers of the year, 4 years running) who named Jo’s record ‘International Blues Album Of The Year’. With mainstream press and radio now further picking up on Jo’s career, the story continues…

Blues to me represents 'real' – or at least it should. That doesn't mean folk must be doing 3 chords in 12 bar formats to be 'blues' but I think some sincerity is essential.

How do you describe Jo Harman sound and progress, what characterize your music philosophy?

Someone once described me as a singer-songwriter who’s work is heavily informed by blues, soul, country, rock and other forms of 'roots' music. I think that’s as good as any description.

My father’s death and my relationship issues, in the main. I've made one record (debut album, 'Dirt On My Tongue') which kinda speaks for itself lyrically. There's not much I've held back on and laid it all out for all to hear. 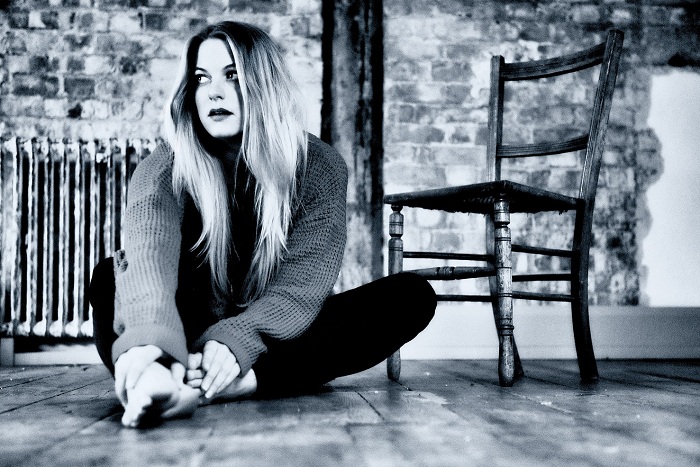 "Blues to me represents 'real' – or at least it should. That doesn't mean folk must be doing 3 chords in 12 bar formats to be 'blues' but I think some sincerity is essential."

Now is the most interesting. I'm lucky to have had very few negative experiences in terms of my career so far – a lot of people might think Parkpop (playing to hundreds of thousands of people) or BluesFest at the Royal Albert Hall would be career highlights and they are. But I've equally enjoyed really intimate gigs – almost living room gigs with no amplification – or club gigs. Famed Crawdaddy (Club, Richmond) last November comes to mind and last week’s gig at Jazz Cafe London certainly up there too.

It's timeless and it honest. It doesn't rely on gimmicks or trends. It's everybody’s story. It resonates.

I don't tend to jam. Or enjoy listening to jams, if I'm honest. That’s more a guitar player’s thing, perhaps? I find that they can be very self indulgent and not very musical. Not that my own band ever rehearse as such though, and I do enjoy that organic thing of making music in the moment – but with a lot of self discipline. Space and taste is what I look for in music, and musicians, by and large. I do enjoy playing in an ensemble as much as being center of attention though. I loved, for example, being one of four voices in a band featuring many of the members of Kokomo – my God what a groove they kick up – and also sharing the stage or sitting in with great artists like James Maddock, singer Tommy Blaize and other hugely talented friends. I played in orchestras as a kid (as a bassoon player, believe it or not) so I guess maybe that helped me understand the concept of the ensemble, rather than just the individual. 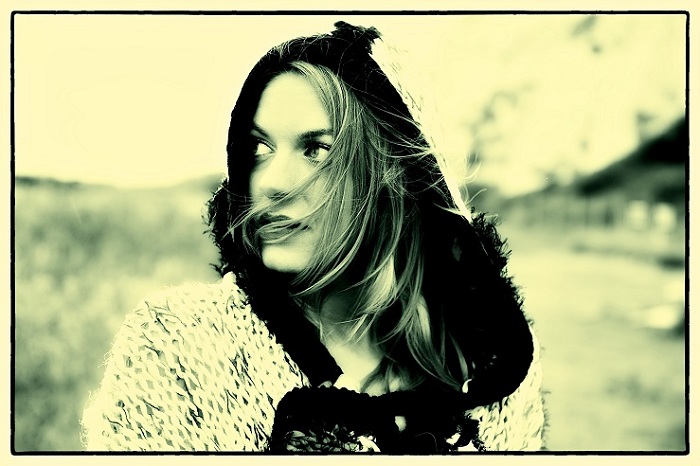 "Someone once described me as a singer-songwriter who’s work is heavily informed by blues, soul, country, rock and other forms of 'roots' music. I think that’s as good as any description."

Connecting with people - seeing people laugh and/or cry at my lyrics or on stage ramblings, is what it's about for me. I like music that moves me too, not just the audience. Those are the magical moments. I'm a music fan at heart. I like the ensemble part of making music.

As an artist be yourself. Tell your own story, be sincere.

I miss that I was not around in the 70s. The music then seemed more free and less directly commercialized? I may be wrong but that's the sense I get.

What are the lines that connect the legacy of Blues with Soul and Rock from USA to UK?

Every Brit artist looks to the American greats as influences. I know I did. Aretha to Joplin, Eva Cassidy to Ella Fitzgerald to Mavis Staples to Jill Scott. Etta James too. All influences on me. The difference is not to try and simply copy them but to find your own 'voice' and musical style. Wear your influences on your sleeve with pride by all means, but carve your own niche and tell your own story. 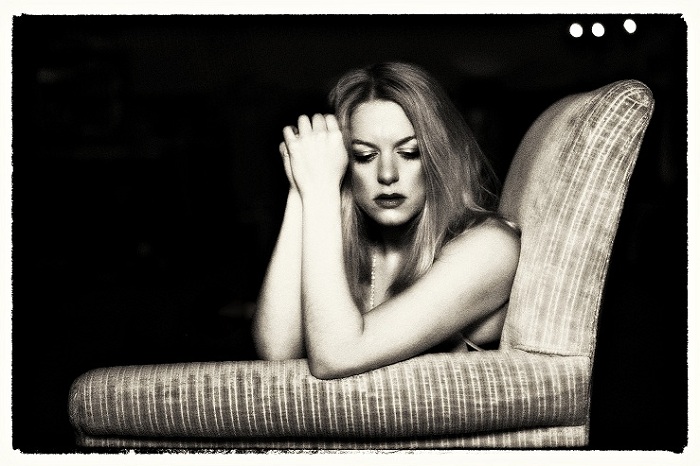 "Connecting with people - seeing people laugh and/or cry at my lyrics or on stage ramblings, is what it's about for me. I like music that moves me too, not just the audience. Those are the magical moments."

I like the music of James Maddock, Foy Vance, Phantom Limb... they have all touched my soul. I laugh all the time. Sometimes for the right reasons too!

Pretty good. There are at least as many advantages as disadvantages. Some people follow you for the wrong reasons perhaps but, underneath it all, I'm an artist and females are just as qualified as men to be such.

Here and now is just fine by me. I like my life. I'm making music on my own terms and people are being very supportive of my doing so. Really, I have nothing I want to change and just want that to continue really. Picking up new fans along the way would be good for sure, but continuing on this path. I'd love to tour America, for example, and, most of all, continue to make records that are important to people. Those are my aims. In closing, I'd like to thank everybody – yourselves included – for the interest and support so far. It means a lot. 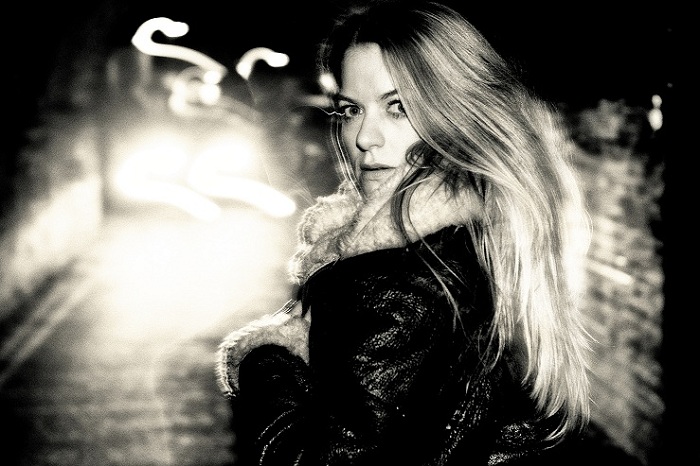