"The feeling you get when you hear something good, the way the music grooves, makes you feel something special! That must be it as a listener and if it isn’t the same when you play why bother!"

Ben Granfelt Band is a Finnish progressive blues-rock band formed in 1993. Led by singer-guitarist Ben Granfelt, Ben Granfelt Band (BGB) has released eleven albums worldwide and toured clubs and festivals in Europe, USA and United Arab Emirates. BGB's music is described as a pure cocktail of rhythm, melody and soul where even progressive and heavy rock music styles blend in naturally. Some of their musical influences include the likes of Gov’t Mule, Jeff Beck, Peter Frampton and Robin Trower. 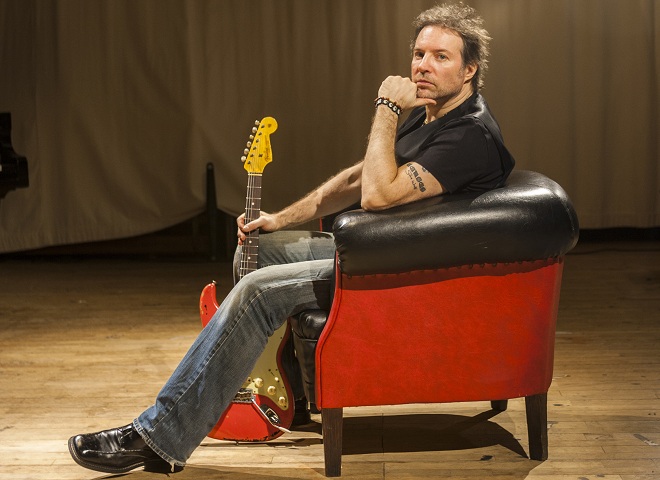 "There is only one explanation in my mind, the feeling you get when you hear something good, the way the music grooves, makes you feel something special!"            Photo by Sakari Tiikkaja

Well, when I started playing guitar at the age of 11 I had no idea about sex, drugs and rock’n’roll… I was too young! I just cared about the sound that came out of a piece of wood with wires on it. Obviously I later came know more about the secrets of sex, drugs and Rock’n’Roll… and I till prefer the sound of those wires on a piece of wood. Hmmm… my girlfriend would beg to differ one of those three.

How do you describe Ben Granfelt sound and progress, what characterize your music philosophy?

First of all! If I don’t like it I won’t play it… I’m trying to do only the things I like when it comes to music. To be honest to myself I guess. I prefer melody to speed anytime and I want to feel what I play. Now this doesn’t mean that everybody else get’s what I do or likes it but luckily there have been enough people who like what I do and I’m still releasing albums. The hardest thing in this business is to reach the right people. I have no idea of how you had heard of me but I’m glad you did. Othervise we wouldn’t be talking. 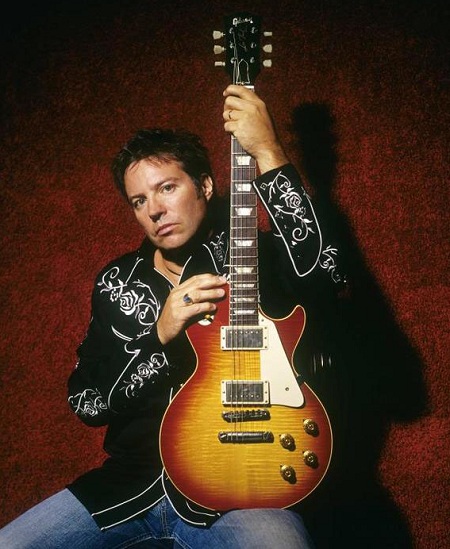 I’ve been very lucky! Almost all my “dreams” have come through! My first dream was to play with my school buddies and work at a music store… that happened very quickly and the Guitar Store where I worked was THE guitar shop in the whole of Finland and it still is! I met everybody who was something in Finland there and that’s how I got to join Gringos Locos. GL made an album which was my next dream and then we played outside of Finland which was the next and so on… Leningrad Cowboys, My first solo album in 1994! Guitar Slingers was the ultimate party AOR band in Finland! More solo albums, Wishbone Ash and here we are now 20 years as solo artist 12 solo albums, 30 years in the “business” with a total of 32 albums if I remember correctly… what a trip.

There is only one explanation in my mind, the feeling you get when you hear something good, the way the music grooves, makes you feel something special! That must be it as a listener and if it isn’t the same when you play why bother!

Lately? The gig we had in Wetter Live Earth Music Hall on the last German tour was special to me because I had been away for 3 years from Germany and the feeling was like coming home again…

There have been many great gigs and tours… Australia comes to my mind as place I’d love to visit again, Japan and Brazil were great.

Well, meeting Andy Powell and the guys from WA led to a long lasting friendship and then I joined the band… Who would have thought that about a skinny guy from Grankulla Finland ha, ha. I think “keep it real and honest” it the best advice I’ve ever been given and I’ll gladly pass it on to all of you no matter what you do! My father told me just before he passed that I should enjoy life! I think that is very important. "I hope that people would realize the values the old bands had how much they brought to the music that is popular today. My latest album is called –Handmade- because it is exactly that!"

Are there any memories from Leningrad Cowboys and Wishbone Ash which you’d like to share with us?

Leningrad Cowboys was a fun band to be in but the business side was handled very poorly and when we were supposed to tour some guys didn’t want to, we could have been huge!…  the first 2 years were fantastic in terms of being part of something that was growing very fast! OF course the concerts with the Red Army Choir and Orchestra were big, big things but not that enjoyable in my mind… playing was very restricted to the orchestra and so on but the shows were BIIIG! 50.000-70.000 people.

I clearly remember my first gig with WA in Chidingfold UK. I had a lot of things to remember and I put up a lot of “cheat” sheets before the gigs on the monitors only to walk on stage to see that someone had “collected” them as suveniers he, he

My hopes are to be able to play my music to a larger audience in more countries but I don’t have any fantasies of 1000 of screaming people. 150-300 would be great and I think it is possible with the help of people like you who spread the word… I know that I have a first class band that is far more than a bar band if you know what I mean. Fears…. That nothing will happen I guess? This is what I want to do… play my music. I hope that people would realize the values the old bands had how much they brought to the music that is popular today. My latest album is called –Handmade- because it is exactly that! 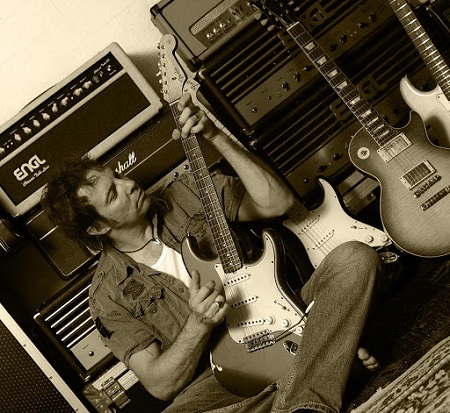 More people buying music instead of listening to Spotify… or just more people coming to see live music, get up from that couch you know the sales of CDs are going down but that was to be expected at some point. It’s just that the artists don’t get their fair share of the money coming in from downloads… we have to eat too!

My girlfriend host an open mike night in an Irish Bar and I play there with her once a week, that has given me a whole new look at music and people performing their own stuff. I’ve seen some great singers that really has moved me and also some “strange” people with the strangest songs that made me laugh but in a good way… not to put them down but they have humor in their music which you don’t hear so much these days… I also sing 2-3 originals per night and it has been the most nerve wrecking experience but I’ve learnt so much about myself there… I’m ok with playing with the band anywhere anytime BUT up there on my own with an acoustic guitar… it’s like walking in the streets with now pants the first time.

But musically, Jeff Beck moves me in so many ways when he plays… he’s the master of that!

Make an account of the case of the Rock & Roll in Finland. What is the current state of local music scene?

A lot of good young bands around here for sure. Mostly hard rock and metal but also other styles. The business is very hard and it’s getting more and more difficult to get gigs everywere, not just here. I do a lot of guitar clinics and seminars and every time I stress the point that this is a very tough business, being a master of an instrument will get you less than half way, you NEED to have something extra inside you to survive and I’m not talking about an EGO the size of LA … you must have the feeling and passion + really, common sense… and possibly another job on the side.

What are the lines that connect the Blues with Rock 'n' Roll and continue to Southern Rock & Boogie? 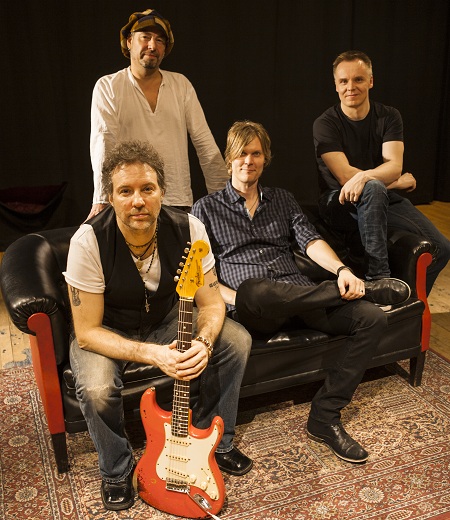 As far as I feel it’s blue as in blues, that crosses over in all music you just mentioned, but someone else might give you a completely different answer for sure.

"The hardest thing in this business is to reach the right people. I have no idea of how you had heard of me but I’m glad you did." Photo by Sakari Tiikkaja

There are some artists that I’d love to have seen when they were around and in their best days like Jimi Hendrix of course. I’ll never forget when Andy Powell and I used to sit down in the hotelbar in London after a good gig and he would tell me stories from those days when he saw JH not once but twice. I am also the biggest closet Kansas fan you can find and to have seen them in Steve Walshes prime singing days would have been something special too.