Interview with founder of Versoul, Kari Nieminen - further the development with strong respect for tradition

"I think that people do not understand that new machines do not have the creativity of the human mind."

Kari Nieminen is the founder of Versoul instruments. He holds an MFA degree in industrial design. He received his degree in 1989 from the University of Art and Design in Helsinki, Finland. As his diploma work, Kari produced an experimental series of six acoustic steel string flat top guitars. In 1998, he was awarded ''Industrial Designer of The Year'' by the Association of Finnish Industrial Designers. Kari has been building guitars for over thirty years. His experience, together with his formal art education background, has lead to an unique attitude towards making instruments. Through meticulous study of classic builds, Kari has obtained an excellent base of knowledge on sound and construction. While many guitars of today excel in technological design, Kari is convinced that certain amount of tradition will yield better results in sound. His mission is to complement the centuries of tradition in guitar building with uniquely modern design. One of Kari's models, a steel string flat top guitar ZOEL was featured in one of Finland's special stamp editions showcasing six products of new Finnish design in October 1999. 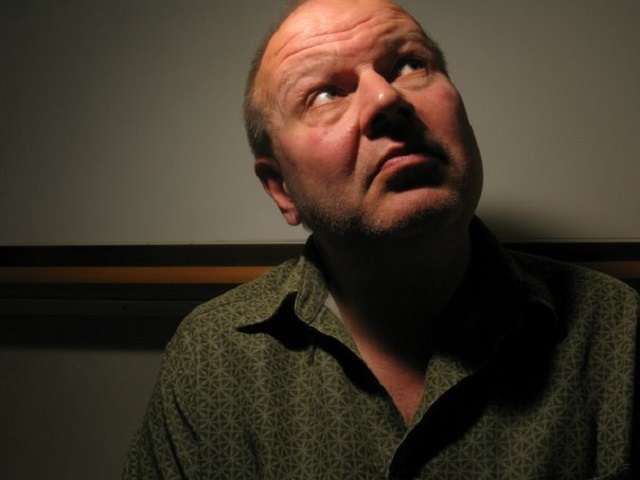 Founded in 1994, Versoul specializes in the design and construction of high end string instruments for professional musicians. Since the beginning of the company, the product range has broadened from two acoustic models in 1995, to 19 production models in 2008. Versoul instruments are available internationally through dealers in the US, Europe, and Japan. Each element of the Versoul instruments, from the sound to the materials, technology and finish, is the result of thorough research and development process. Innovation with materials serves many purposes. For example, certain species of rosewood and mahogany, traditionally used extensively in the construction of stringed instruments, are becoming more scarce. Versoul builds instruments using local, ecological wood choices, such as aspen, European alder and maple from carefully selected sources. Versoul instruments have been used in hundreds of professional recordings and live performances over the years in Europe and in the USA. In addition to professional performing artists, musicians and guitar technicians, customers of Versoul include collectors, investors and guitar enthusiasts.

Music is the reason I’m designing and building guitars. The early rock ‘n’ roll was an inspiration; Chuck Berry, Elvis, Buddy Holly, Eddie Cochran, Gene Vincent, etc. However the major inspiration was Don and Phil Everly when I started building acoustic guitars in 1981-82 at age of 21. Brothers’ innovative playing; open chords and incredible vocals are very unique. My first acoustic was a Jumbo size guitar, which eventually became Versoul Buxom model years later. However the problems with jumbo size guitars are the booming bass frequencies. After many prototypes and research I developed different top bracing and neck joint plus longer scale length which create more balanced tone and dynamics. The same mold is still used, though nowadays I have also a spare mold as well.

How started the thought of custom guitars? How would you characterize the philosophy of Versoul? 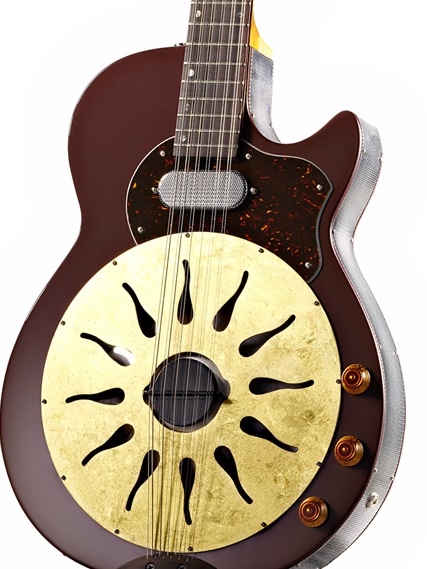 Despite the modern guitar has been constantly developed and redeveloped for centuries, there is always room for improvement. The design of each Versoul model begins with music and the musician in mind - how to refine the sound and improve the instrument for the benefit of both. The development and design of Versoul instruments combines the study of classic instruments with extensive research on materials.

This approach - merging respect towards the traditional instrument with the desire to take the guitar further - has led to such innovative designs as the Buxom Baritone 12 string and the Reso Sun (photo) resonator guitars. Versoul designs are first and foremost professional tools in terms of ergonomics, functionality and playability. En equal emphasis is placed on the sound and visual design of each model. These results in instruments, which are practical, esthetically pleasing and most importantly, produce an exceptional sound. Certain professional guitarists asked me to build guitars, like Billy F Gibbons and it was a challenging task.

I started carving wood at the age of three and made toys for many years and built my first electric guitar at 12-13 years old. I’m 100% a self-taught. During the years I repaired Vintage guitars and checked and analyzed materials and production techniques of the major brands carefully. There were just a few books available regarding guitar building at that time. At the same time I started collecting the 1930’s - 60’s music; blues, rock and & soul vinyls. Later I went to University of Art and Design in Helsinki and got my Master of Arts Degree in Industrial Design in 1989. My diploma work was a series of futuristic study of acoustic steel string flat top guitars. I founded Versoul in November 1995.

Would you mind telling me your most vivid memory from your progress make a custom guitar?

In 2006 I bought “Rock ’n’ Roll Gear Head Book” by Billy F Gibbons in Los Angles and immediately started thinking and designing special guitar for Billy who has been one favorite of my guitar players since the 1970’s. I was flying back to home and in the middle of Atlantic Ocean I got a bright idea of a Blue Light. Right after I returned I designed and built the very first Raya Blue Light Guitar with genuine gold leaf finished top for Billy.  However it took over 6 months to get a contact to Billy, Eventually I was lucky because Billy’s longtime guitar technician Elwood Francis contacted me first and I emailed him some photos and Billy immediately ordered two more guitars. I have sold him total of six Custom Versouls and the last one is quite special, since the top & fingerboard and headstock are finished in Arctic Sea Salmon skin. 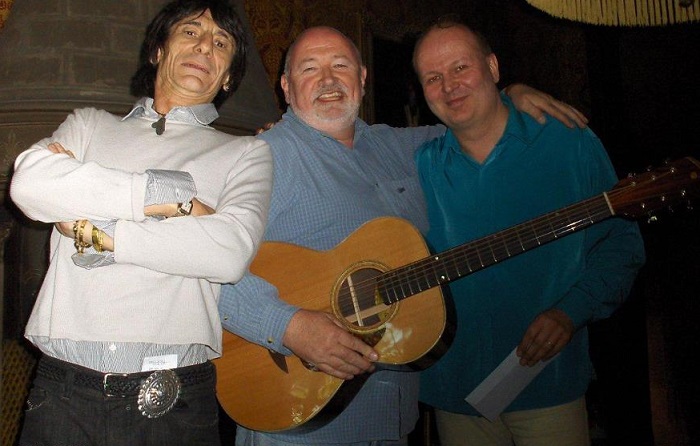 "My guitars have different sound qualities and especially those characters can be heard in professional studio work, for example many hi-end producers and sound engineers have been very pleased, like John Hanlon, and Phil Ramone" (Photo: Kari & Ron Wood)

Are there any memories from Rolling Stone, Eric Clapton and Billy Gibbons which you’d like to share with us?

Ronnie Wood invited me and my son to visit his house in 2007 during the break of the Bigger Bang Tour. Ronnie had just turned 60 and I had built him a 12 string Buxom acoustic as a gift and he was very excited of his new Versoul and demonstrated Buxom to all family members.

Ronnie is very kind and charming person and he also introduced us his art studio and paintings & drawings. Billy Gibbons is generous and kind person and he is also energetic. Some years ago I met him in Stockholm after the show and Billy tested my guitars and we talked for hours with drinking champagne and eventually all other band and crew members had been waiting for him in tour busses, because they were leaving to the next city. I have met Eric Clapton only once at Ronnie Wood’s dressing room in London and we talked about the Rolling Stones’ long career, since it was the start for the 50th Anniversary Concerts at O2 Arena.

What are the differences of Versoul from the other brands? To which person would you like to send one?

My guitars have different sound qualities and especially those characters can be heard in professional studio work, for example many hi-end producers and sound engineers have been very pleased, like John Hanlon (Neil Young, etc.), Phil Ramone (Paul Simon, etc.) Also there are visual elements which are quite unique; Gold and Palladium leaf metal finished and Arctic Sea Salmon skin finished Raya electric guitar. 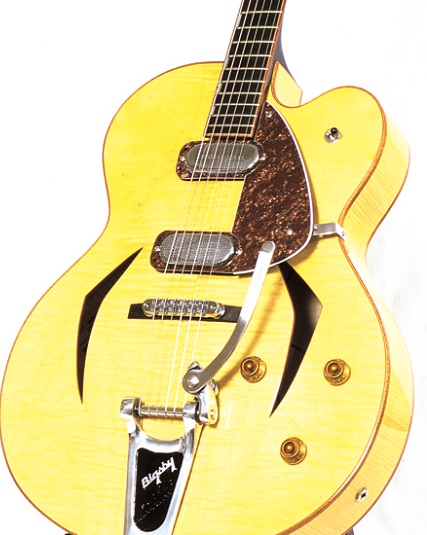 Maybe the simple way of analog recording, because earlier artists have to be good and ready for the recording situation. Nowadays an auto tune is used to correct the pitch. Also I think that people do not understand that new machines do not have the creativity of the human mind. However I do believe that there are musicians around in the future who play acoustic instruments, though certain instruments have been digitalized, but you not replace an acoustic guitar.

If someone is deceased much too early, like great artist and singer Amy Winehouse, which made me sad. Billy F Gibbons is creative person and we have always fun when we meet. He is a splendid storyteller and has endless stories of musicians and recordings and we always laugh.

One customer was requesting Raya guitar neck with an airplane shaped body and that’s a quite unique and hilarious concept, though that never happened.

Fred Walecki told me in 2000 that it takes at least 10 years to get some kind of recognition and credibility in guitar business world in US market. Fred’s Westwood Music in Santa Monica was the first shop was dealing Versoul guitars on US introduced them with Roger Daltrey, Kenny Burrell, Bernie Leadon, John Hanlon etc.

My advice : You may and have to learn from the past, but there are plenty of good copies already around and therefore you have to find your personal way to design and built guitars, more or less that is the same thing in composing and performing music... 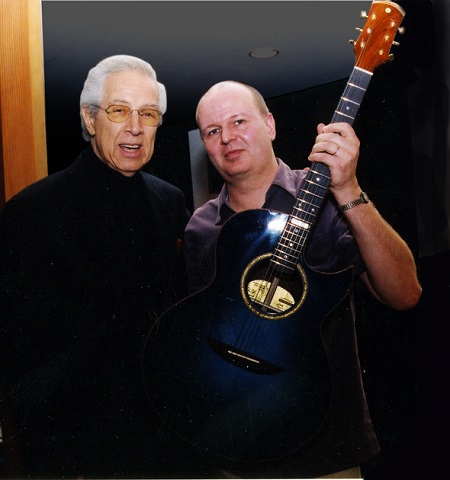 I believe that incidence is in the future.

"The design of each Versoul model begins with music and the musician in mind - how to refine the sound and improve the instrument for the benefit of both."

Well, since this is a blues focused interview; I would choose Chess Studios in the mid-late 1950’s. Phil and Leonard Chess were pioneers and had a great vision. Polish Jew immigrants saved blues. Those times you would meet and hear artists like; Chuck Berry, Bo Diddley, Muddy Waters, Howling Wolf with Hubert Sumlin at Chess Studios. The recorded material of those artists is just stunning.