"Throughout history music has been a vehicle for political and socio-cultural influence. Now more than ever the message is even more prominent than the music it is delivered in. I believe that music stands on its own as art."

Joe Berger is a fusion rock guitarist and also an engineer/producer from New York City with over 40 years of professional experience performing with and mixing for music legends. Some of the artists Joe has played/Mixed with/for: John Entwistle (Who), Jack Bruce, Jon Anderson (Yes), Vangelis, Billy Cobham, Teruo Nakamura, Jon Hammond Band, BCTD, Dream Street, Brian Johnson & Cliff Williams (AC/DC), Cymbalic Encounters and many more. Joe has also mixed over 30,000 shows as a live sound engineer and been a demo artist at the NAMM, Musikmesse, AES, NAB, and last year’s Holy Grail Guitar Show for JJ Guitars. Photos by James Dunne, Lawrence Gay and Donna Malech. He has several solo CDs, and tours in Europe and Asia. Joe Berger using JJ Guitars for over 10 years.              Photo by Joachim Hildebrand 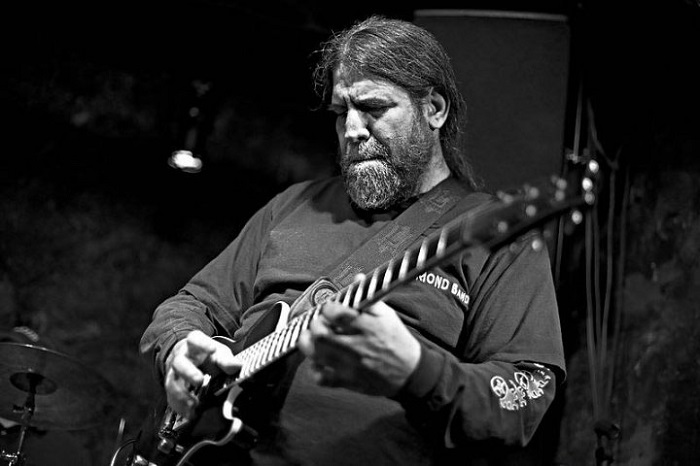 Joe Berger will be in Athens, Greece (April 24, 2016 in Lazy Club) with keyboards player Alex Maguire for a set of classic rock/blues and one set experimental original with Greek musician, Chris Stassinopoulos. Joe Berger’s new album is ‘Sessions At the Cave 2’ (2016) by B.C.T.D. The band are: Joe Berger (guitar), Chris Clark (keys), Charlie Torres (bass), and Jay Dittamo (drums). ‘Sessions at the Cave’ was the first release by BCTD and was recorded January-March 2012. The music is instrumental fusion and Improvisation with extended solos in several styles ranging from progressive rock to reggae to jazz and experimental. The second release from BCTD was mostly improvised with minimal or no planning and shows the best quality of the players. Recorded at the Cave Studio by Jay Dittamo and mixed & mastered by Joe Berger at Beam NYC.

I really love the sound of rock guitar especially in the blues... overdriven tasty notes got to me way back in the 60's... Soon I was searching for that sound ... This also made me gain interest in electric guitar and amplification and eventually sound mixing. As far as R&R culture I have been more of an outsider but have seen a lot behind the scenes. My experience has been more from the FOH mixing desk and in the studio as an engineer. But I have always played the guitar (since 1960) and blues/rock have been in much of what I do in spirit.  In blues one note can mean as much as the whole song and each note has a life of its own.

How do you describe Joe Berger sound and songbook? What characterize your music philosophy?

It's more a collection of improvised jams as far as what I have released (Impromptu Outtakes 1-4, BCTD 1&2) but in the last few years I have been playing a lot of classic rock stuff & some jazz. I sit in with a lot of bands and those are more blues oriented. I like to be different and if possible better every time and make sure to listen first while playing. As far as my sound it is a classic rock/blues tone but my technique is original therefore the sound is unique and hard to categorize. I don't really think about what I will play in a solo until the split second before it happens & like when the whole band does the same... It’s high risk high reward stuff...                      Photo by Lawrence Gay 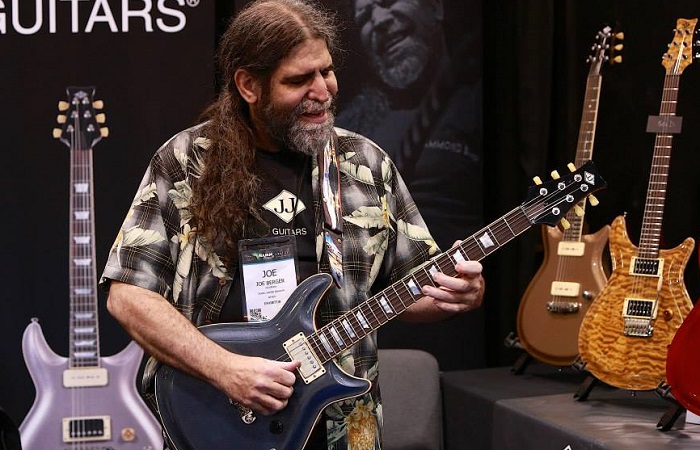 "I would take away the musical prejudice that prevents people from recognizing talent in America especially... Seems like young children have the open minded ability to hear and enjoy great talent but once in their teens the peer pressure and sub-cultures take over and the mind closes. I would also like to be as popular as a cat as can flush the toilet (on You Tube)..."

What were the reasons that you started the music researches and Jazz Fusion Rock experiments?

After mixing thousands of shows and hearing song after song repeated on the radio etc. I found myself searching for inspiration. I was always better at just jamming then working things out and having the ability to record and access to great players it just seemed natural to go the fusion/jam direction.

Meeting and playing with John Entwistle had a huge effect on my professional life also working with Allan Holdsworth, Jack Bruce, Leslie West, Vangelis, Les Paul, Jon Anderson, I grew up listening to these people and now I was mixing and playing with them. As far as advice my old band director in high school once said you will perform what you practice... it changed what I practiced.

One time at a John Entwistle sound check in Colorado outdoes in a state park... the park ranger came up to John and told him it was a $10,000 fine for playing too loud... his reply... "I'll take two"... and then there was the time I almost became the drummer for KISS... but that's another story... there are a lot of road stories. A possible book... 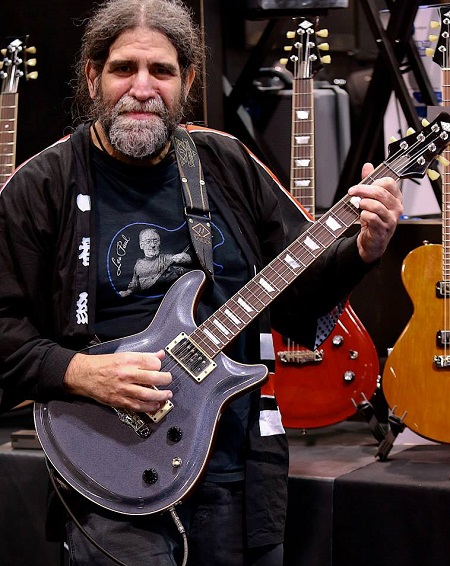 Nowadays there is a lot of programmed and sampled stuff in the mainstream of commercial music. There is also a lot of great stuff out there but far less real originality. Seems like almost all of what you hear now is derived from something that was original back then. I am not saying that it doesn't exist just harder to find especially in the commercial mainstream. My fear is that entire styles of music and the geniuses that created them could be forgotten for lack of success.

I would take away the musical prejudice that prevents people from recognizing talent in America especially... Seems like young children have the open minded ability to hear and enjoy great talent but once in their teens the peer pressure and sub-cultures take over and the mind closes. I would also like to be as popular as a cat as can flush the toilet (on You Tube)...

What are the lines that connect the legacy of Blues with Jazz and con'nue to Fusin, Rock and Progressive Rock?

Definitely the great players  Duke Ellington, Miles Davis, Wes Montgomery, Django Reindhart, Thelonius Monk, Jeff Beck, John Coltrane, Progressive rock tends to be a bit more classical in nature but fusion still has a lot of jazz/blues influence. In rock Jimi Hendrix, T-Bone Walker, Keith Richards, Peter Greene, Eric Clapton, Jimmy Page, Johnny Winter, Rory Gallagher, Roy Buchanan, Gary Moore, Bo Diddley, The 3 Kings (BB, Freddie & Albert), Link Wray. Frank Zappa... too many to list...  There are so many specific categories of music but these players influences are in many great players since. In sound Les Paul had a huge effect on the current state of technology in audio as well as being a groundbreaking guitarist...

What is the impact of music and Rock n’ Jazz music to the racial, political and socio-cultural implications?

Throughout history music has been a vehicle for political and socio-cultural influence. Now more than ever the message is even more prominent than the music it is delivered in. I believe that music stands on its own as art.

Let’s take a trip with a 'me machine, so where and why would you really want to go for a whole day?

Dare I say 50 years in the Future to see if this all survives... and all the new technology of course... Cheers! 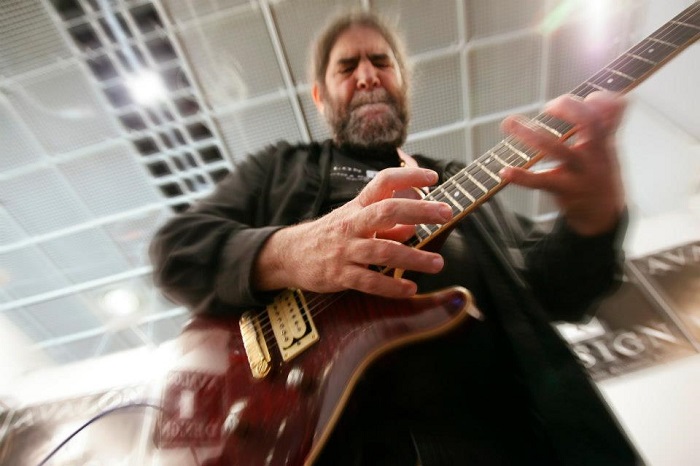