"Singing the blues will release you from the hardships in your life. A lot like singing Gospel gets you closer to God. It’s a mutual release. You give it to the people, you touch their hearts, and they give it back to you by loving your music."

Master guitarist Ricky Lewis distills a lifetime of dedication, hard knocks, and myriad influences into the music he seems destined to play-energetic, and uniquely tasty, hard-rockin’ blues. A native of North Carolina, Lewis was already a veteran of live TV performances by the age of ten. As a teenager he wrote and played with a number of rock bands touring the Eastern Seaboard club circuit. His first “successful” band was the Southern Rock ensemble “Bull” from Richmond, Virginia.  In 1978 Bull recorded the LP “A New Era In Rock & Roll” and like so many talented young men before him, Ricky decided to go to the West Coast in search of opportunity. A newcomer to Southern California in the early 80’s, Ricky began to explore and master new musical genres. He immediately joined the popular 60’s Surf Rock band The Chantays. Enlivened by Ricky’s fresh guitar leads, as well as his writing and arranging skills, The Chantays returned to prominence with their 1994 release, “Next Set”. While continuing with The Chantays, Ricky Lewis also played, toured, wrote, and recorded with a number of other local bands throughout the 1980’s. 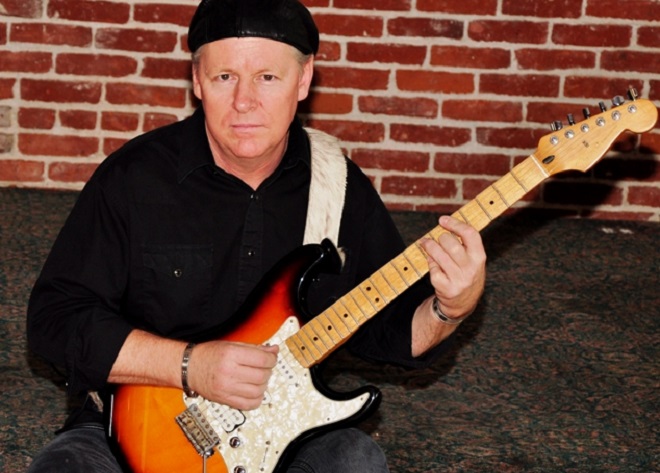 Among these were he and Mike Reilly’s Southern Rock and Blues band “Whistler”, L.A. pop band, “The Gliders”, West Coast touring band, “Da Whiz”  and on numerous sessions with too many names and artists to mention.  Ricky Lewis also made successful ventures into Country Music. In 1995 and 1996 he did session work in Nashville with some of the best known Country artists and producers.  Back in California, Ricky joined forces with Nashville artist Bill Davis to make the band, “Endless Highway”, one of the hottest new country acts on the local Southern California scene. In the mid 90’s Ricky took his band to Las Vegas to record a CD titled “Blues On The Rocks”. It was a great experience co-writing all the songs and the next logical step working as an arranger as well as producer. Now, with his own band, guitarist, Ricky Lewis, master of many genres, is writing and playing the Blues, Southern Rock and R&B he clearly loves. The first CD release for the Ricky Lewis Band is “Songs For The New Depression”.  It has been his true love to create a Blues, R&B and Southern Rock record.  Writing, playing, producing, arranging, mastering and handling all the artwork was both challenging and gratifying.  It has been selling worldwide since its release. Ricky is currently playing with many of his great friends and colleagues in several local and soon to be touring projects.

The blues have always been in my blood since I was a child. I started playing guitar when I was six. I immediately learned C&W then instrumentals (the Ventures, Duane Eddy, etc). I was playing Clapton, Hendrix and Zepplin by the time I was 12. I knew then that the blues would be my most favored style. Later I realized the true meaning of the blues. Singing the blues will release you from the hardships in your life. A lot like singing Gospel gets you closer to God. It’s a mutual release. You give it to the people, you touch their hearts, and they give it back to you by loving your music. 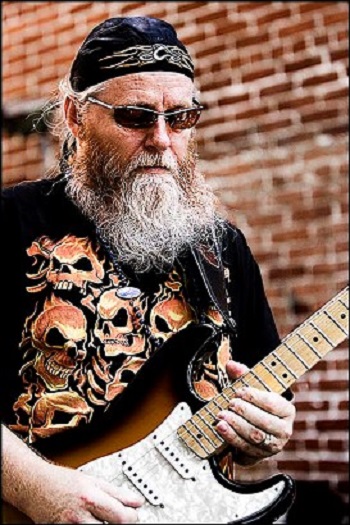 How do you describe Ricky Lewis sound and songbook? What characterize your music philosophy?

Music is art, art is infinite. What you put into life you will get back. Let your passion be what drives you.

"Rock and roll’s heritage is of Gospel, Blues and Soul. These have grown and established into the legends they are and will be for decades to come which will always be the music that truly moves us."

Because it’s one of the purest art forms. It’s not contrived. No one in the audience has to sit back and ask themselves what you are trying to say. Your message will always get across. In doing so people will feel they know you.

Which meetings have been the most important experiences for you? Are there any memories which you’d like to share with us?

I have only met a few headliners. They have always been impressed and touched by my playing. I make them smile.

I once had two guys from Chicago (band) along with two other recording artists that were major players. They were my band for one night! It was amazing. We played some of the meanest blues and R&B anyone could imagine!

What are the lines that connect the legacy of Blues/Soul with Rock n’ Roll culture and music?

Rock and roll’s heritage is of Gospel, Blues and Soul. These have grown and established into the legends they are and will be for decades to come which will always be the music that truly moves us.

I don’t see the same level of artistry and musicianship that I experienced growing up. It’s too easy to produce a record making someone sound incredible when they are barely talented at all. But there are always promising new up and coming players that will contribute to the world. "Music is art, art is infinite. What you put into life you will get back. Let your passion be what drives you." (Photo: Ricky Lewis on stage, as Rev Ricky G with The Z Band)

I always have hopes. There are plenty of people left in the world that appreciate what is real. I never have fears. Fears are negative. If you make a mistake, realize it and try to not repeat it. The future is always opportunities by definition.

I only want to contribute. The world is doing pretty good on its own. Trends come and go but what is real becomes classic.

Watching some of the silliness you see mostly on youtube of “artists” trying to be so extreme just to get attention.  Anytime I can feel what the “real artist” is saying I am moved emotionally.

It’s always been easy. If we are lucky we get wiser as we age. The guitar licks get cleaner and more precise. You truly know that you are behind the wheel and the road is yours! What is the best advice ever given you? Happiness is...

Happiness is… Playing for you…

What is your DREAM?

My dreams are my ideas. I make them into realities.

"The blues have always been in my blood since I was a child."

Back to the early days when the real players were creating what has shaped the way music is today. Basie, Ellington, and all the old blues players that didn’t have a nickel but they could play the blues and melt your heart.