Q&A with singer/songwriter, Beth Hart -- The magical transition from struggle to hope from fear to faith

"Music is the story of life put into song to heal and celebrate the most important connection between all human beings."

Beth Hart: On The Road Again

Grammy-nominated singer/songwriter, Beth Hart, from Los Angeles, California, has never sounded better (musically and spiritually) that she does on her new album, "Better Than Home" (April 2015). What makes Better Than Home quite possibly her greatest album is that it is her most introspective work ever, because it goes to the depth of her soul, revealing terrible pain in her past, family issues and personal demons as well as her coming to grips with them and using that knowledge to find the real beauty in her life. Some say there can be no artistry without agony. And the real life-changing events that shape the creative spirit don’t happen overnight. Beth Hart has been dealing with demons that have pursued her for her whole life: her older sister who died from complications from AIDS when Beth was only 20 and her own battle with drugs, booze, bad relationships, bad decisions and ultimately the diagnosis that tied the knot on the whole damn thing, bi-polar disorder. It’s enough to send anyone into a downward spiral that’s inescapable. After her close friend and manager, David Wolff, saw her performing on the streets of LA, she got her record deal with Atlantic in a matter of weeks. What did they all see that even Beth sometimes didn’t? Why did three of the most successful producer-icons in the music business, David Foster, Hugh Padgem and Mike Clink, agree to work together on her debut album, Immortal? On the tour that followed her second album, Screamin’ For My Supper, she met Scott Guetzkow, who was a drum technician, and later became her road manager. Anytime Beth would fall down, Scott, her “rock”, was there to help her up. And, as this bond grew, so did their feelings for each other, and they got married. Hart collaborated with Slash, Joe Bonamassa, and in 2012, appeared with Jeff Beck and Buddy Guy at the Kennedy Center Honors. Beth Hart has been recognized across the world as one of the great live vocalists of our time. Every live performance gets a standing ovation, because no one knows how to rock the house (June 30, Technopolis in Athens, Greece) better than Beth Hart. We'll be there!!!

When I first heard the blues I thought to myself wow anything goes here. There are no boundaries to express your self-honesty about any and all subjects both in lyric and in the music.

It's sexy sultry vulnerable strong honest and at times very in your face - fearless like you got nothin to lose so go for it. The blues more than anything has taught me what it really means to free and that's to fully be yourself with no apologies. It's the shit!!

What experiences in life have triggered your ideas most frequently? What characterize your music philosophy?

The magical transition from struggle to hope from fear to faith from loss to love. Music is the story of life put into song to heal and celebrate the most important connection between all human beings. It's the most special thing I've ever found to not feel like I'm alone. Music is home. 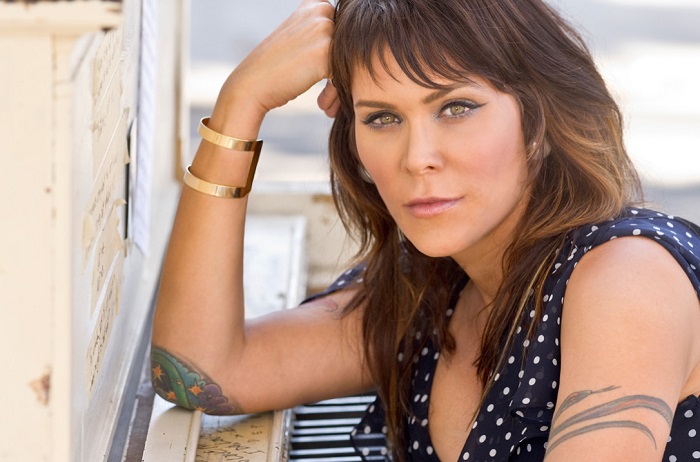 "When I first heard the blues I thought to myself wow anything goes here. There are no boundaries to express your self-honesty about any and all subjects both in lyric and in the music."

I guess that I miss the business when it wasn't so fear based on sales. Sales have always been important but it wasn't solely based in the pop music if the moment. There once was more room for more different styles of music and different types if artist to be regarded and celebrated. Who knows though maybe it will be that way again one day.

If you could change one thing in the musical industry and it would become a reality, what would that be?

That we could figure out the internet where people could not take music that so many have worked so hard to produce and have it for free. It's just so unfair to all artist. It would be like a doctor or plumber or anyone who had worked hard to learn a profession and not be able to make any living from it. Also I would hope for people to cherish albums again and not just singles.

What has made you laugh lately and what touched (emotionally) you from your tours around the world?

What makes me laugh is when I catch myself taking myself too seriously. I must always remember what a gift it is to enjoy making music instead of making it some kind of quest. The thing that has touched me most on the road is the love and joy I see on the faces of my band mates. We are a family and I'm so proud of how hard they work. 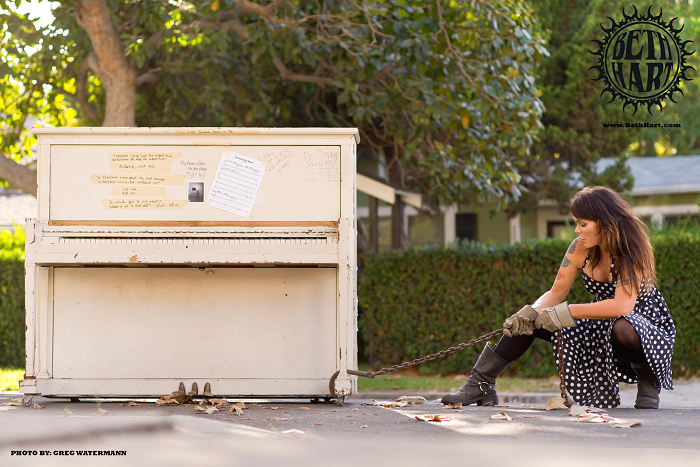 "I would like to see in person a show of Beethoven and be his girlfriend for a day. He was the most passionate of composers and maybe the first rock star. So amazing!  "

What does to be a female artist in a “Man’s World” as James Brown says? What is the status of women in Music?

I don't and never have felt like it’s a man’s world in my profession. Everyone has always shown me respect and equality. I think it's what you believe it is. You can create your own reality with your attitude. If I believe I'm equal than others will treat me that way and if they don't me simply walk away and don't give it another thought.

I would like to see in person a show of Beethoven and be his girlfriend for a day. He was the most passionate of composers and maybe the first rock star. So amazing!

What is the best advice ever given to you? Happiness is…?

The best advice I was ever given is to be grateful everyday. Gratitude is the answer for peace and happiness.

What is Better Than Home…?

Being on the road with my husband and band and singing for the people is better than anything.