Interview with influential Stick player, Bob Culbertson - one of the most influential touch soloists today

"I learned how much I enjoy expression through music. The blues is a great way to put expression and feeling into sound."

Bob Culbertson: The Stick of Creation

With well over 100,000 albums sold and several hundred students to his credit, Bob Culbertson is one of the most influential touch soloists today. His musical style ranges from light jazz with folk and blues flavor to classical with Spanish, contemporary, and traditional influences. Bob began playing the Stick over 30 years ago when introduced to the instrument by its inventor, Emmett Chapman. The Stick is a ten to twelve string instrument that bears both guitar and bass elements. The player taps the strings with their fingertips to make sound vibrations, similar to playing a piano. Each hand moves independently of the other to produce a rich blend of melodies, bass, and chords. The sound of the stick is transcending and the visual of the musician playing the instrument truly captivating. His recordings have been described as “the sound of the Stick in its purest form”. Bob's releases are live, solo recordings with the use of no effects except a small ambient use of reverb. Bob’s most recent projects broke historical ground in the music world. He played an integral role in the development of the first acoustic stick, designed purely for the tapping method of playing. Bob has since released Acoustick Dawn, the first ever recording with such an instrument. Bob plays a variety of festivals, gigs, and concerts annually. He has toured nearly every state in the US as well as over fifteen countries worldwide including France, Australia, Canada, New Zealand, and Japan. His concerts include openings and performances with the popular acts; Robin Trower, Robben Ford, Eric Martin, Tuck and Patti, Steve Morse, Doobie Brothers, Allan Holdsworth, Sheila E, Leon Russell, Dave Mason, Babatunde Olatunji, Neal Schon, Alex De Grassi, Fattburger, Micky Hart, Zakir Hussain, Fog Hat, David Grisman, Abraxas, Robin Hitchcock, and members of Santana.

How do you describe Bob Culbertson sound and what characterize your music philosophy?

My sound is a product of expression and feeling directly into performance. Music is a way of creating stories and feelings through sound.

My most important meeting has been my wife and children. After that my musical influences and Emmett Chapman the inventor of the Stick. Best advice is to enjoy whatever you are doing and live in the moment. 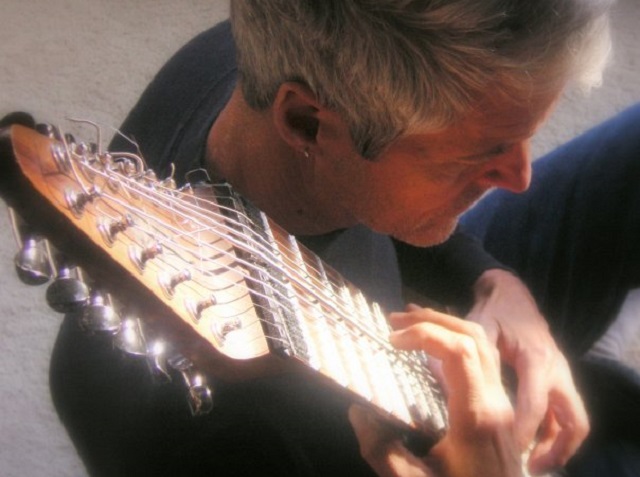 "I miss some of the freedom of music in the past. After the 60s music became more and more commercial. I hope in the future music continues to be played live and we all learn how to avoid over producing and commercializing..."

Why did you think that the Chapman Stick continues to generate such a devoted following?

How started the thought of the AcouStick? What are the secrets of Chapman Stick and AcouStick?

I always liked acoustic guitar so I went to Emmett with the idea of adding an acoustic body. Then I found a luthier to build a custom body that Emmett could attach the Stick to. The result is an Instrument with a unique sound. The construction is not far from an acoustic guitar except the neck of course. The pickups are a Fishman set-up under bridge and internal mike.

I miss some of the freedom of music in the past. After the 60s music became more and more commercial. I hope in the future music continues to be played live and we all learn how to avoid over producing and commercializing...

I learned how much I enjoy expression through music. The blues is a great way to put expression and feeling into sound. 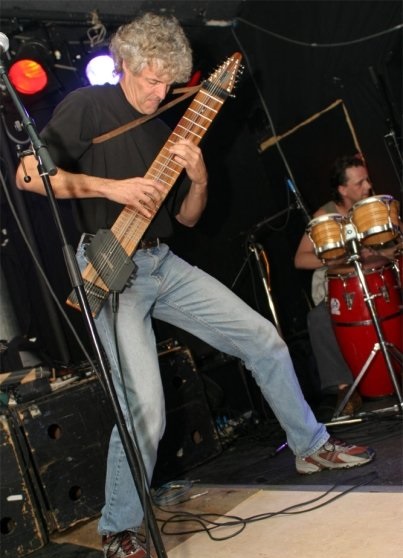 What are the lines that connect the legacy of Blues/Jazz/Rock and continue to Classical and World/African music?

All music is related and musicians are always borrowing from other styles. This is why I like to think of music as expression to fit a story/feeling rather than a specific style.

"My sound is a product of expression and feeling directly into performance. Music is a way of creating stories and feelings through sound."

Are there any memories from gigs, jams, tour and studio sessions which you’d like to share with us?

It is hard to pick one. I best memories are when I am performing for a dedicated audience and feel like I am in complete musical communication with them.

Hard to say specifically. We are always laughing in my family. In music, hearing the story like the of Joshua Bell performing in the subway as one of the best concert violinists in the world and hardly anyone stops.

Too many places. How about one day at the beginning of time? If there is such a thing. 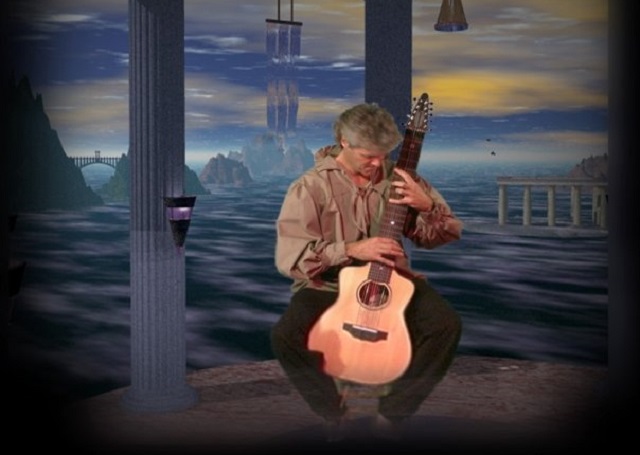