"The best blues artists always have a raw honesty in their music, so I learned to open myself up to a listener and pretty much play what I was feeling."

Warren Mendonsa: The Universe Has The Blues

Blackstratblues is a solo project of Indian musician, Warren Mendonsa, who is a guitarist, composer and record producer. He is the nephew of Indian musician and celebrated Bollywood composer Loy Mendonsa of Shankar-Ehsaan-Loy fame. After picking up the guitar at the age of 5, Mendonsa went on to play rhythm guitar in a few local bands with friends Siddharth Coutto (drums) and Girish 'Bobby' Talwar (guitar, bass). Sometime around 1997-98, they formed Zero, with Rajeev Talwar on vocals. Over the years, Zero grew to enjoy nationwide popularity in India. With Warren, Zero released two albums and an EP - Albummed (1999), Hook (EP 2002), & Procrastination (2005). Besides his work in Zero, Warren Mendonsa recorded & released numerous instrumentals - the most popular works being Christmas in July, Spitleaf, & Evil- which enjoyed some fame on online music forums like Gigpad, & Harmony Central. He was also involved in many online collaborations with musicians - most notably Adam Martin, Ed DeGenaro and Zorran Mendonsa - which resulted in a few songs. In 2004, Mendonsa moved to Auckland, New Zealand, thereby quitting Zero.                 Photo by Vivek Vishwanathan 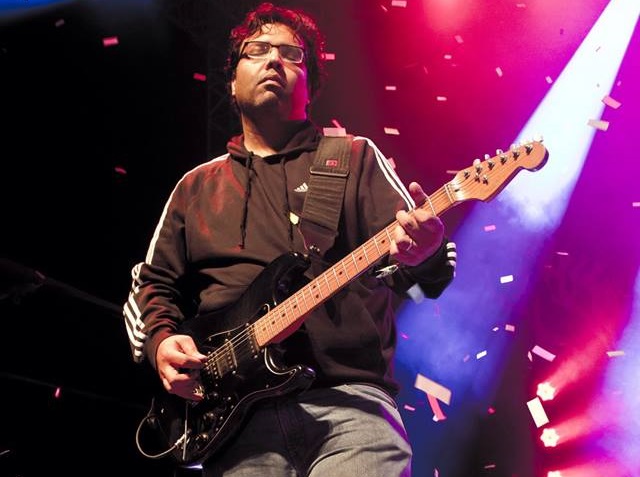 During this period, he was also a highly sought-after recording engineer and session guitarist in Bombay, having worked on various film soundtracks, advertising jingles, & other albums. After moving to Auckland, Warren Mendonsa began to work on solo instrumental material. While visiting India, he reunited with Zero for a few gigs, most notably at the Great Indian Rock Festival 2006. Blackstratblues' debut album, Nights in Shining Karma was released on April 2007. The album garnered significant appreciation and popularity on online music forums. Mendonsa is known for his instantly recognizable, distinctive guitar sound and playing, incorporating immaculate phrasing and abandoning traditional, flashy "guitar hero" techniques, in favor of composing memorable melodies and playing with feel. Blackstratblues just launched their third album "The Universe Has a Strange Sense of Humour".

The best blues artists always have a raw honesty in their music, so I learned to open myself up to a listener and pretty much play what I was feeling. It's not always pretty, but it's definitely not calculated or polished.

How do you describe Blackstratblues sound and songbook? What characterize your music philosophy?

Our material is predominantly instrumental. It stems from the blues, but has rock, melodic, psychedelic and electronic influences creep in. I guess in a way, we are drawing from classic influences and reframing them in a style informed by modern music. 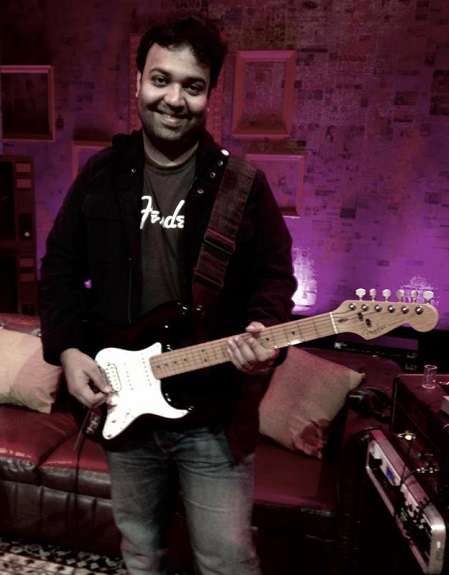 I guess after playing live for 18 years or so, there are bound to be a few. One of the highlights was playing in front of a home crowd at a legendary Mumbai venue called Rang Bhavan. It is sadly unused for live performances these days. It had a vibe about it, and every gig felt like an occasion. Many foreign artists from The Police to Joe Zawinul have also played there.

"I have a unproven theory that all forms of folk music are intertwined, down to the pentatonic scale that exists in all cultures."

There was a time where blues was the popular music of its day, much like how EDM and Hip Hop are today. I guess there is always going to be change in public taste, so it's not necessarily something to worry about. I'm glad it has been kept alive in its purest forms, and I'm also glad it yet seeps into modern music, from Amy Winehouse to The Black Keys. Some of my favorite blues artists today are Matt Schofield and Kirk Fletcher.

Maybe the jumping of artists on a bandwagon the moment a certain sound becomes popular. I think the artists who remain true to their art are those that have the most longevity in their careers.

Make an account of the case of the blues rock in India. Which is the most interesting period in local blues scene?

It's heartening that the Blues has always found an audience in India. The Mahindra Blues festival in Mumbai has run for 5 years consecutively and has included artists like Buddy Guy, Tedeschi Trucks Band and Doyle Bramhall II on recent bills. Amongst local acts, Soulmate has been keeping the blues alive in its traditional form, and repeatedly introducing it to fresh ears, kids who would not normally be listening to the blues. There is a fresh crop of young artists like Aayushi Karnik and Kanchan Daniels who show promise, so I may even say the best years are yet to come. "Maybe the jumping of artists on a bandwagon the moment a certain sound becomes popular. I think the artists who remain true to their art are those that have the most longevity in their careers."

What are the lines that connect the legacy of Blues Rock from United States and UK to India? Are there any similarities between the blues and the genres of local folk music and forms?

I have an unproven theory that all forms of folk music are intertwined, down to the pentatonic scale that exists in all cultures. After having worked with many Indian classical musicians, it's pretty easy to spot parallel threads in the music, and this makes collaboration a possibility. For me personally, it's the common areas found in rhythm/percussion that are the most appealing.

The drummer I play with (Jai Row Kavi) is a monster on the kit, but he also has a wicked sense of humour that has us all in splits most of the time.

We just launched our third album recently, and the fact that we had a supportive capacity audience at all the gigs was really heartening and encouraged us to keep doing what we do.

What's been your experience from New Zealand music scene?

I was based in Auckland for close to 7 years, it really shaped me as a musician. The first thing I noticed that it was a LOT quieter than Mumbai! The silence really opened up my ears in a way. 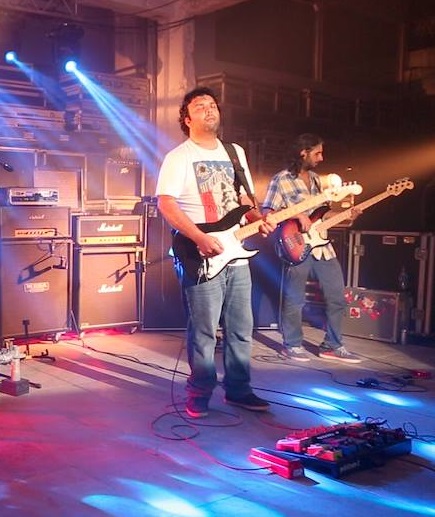 I played in a little pub covers band with 3 amazingly talented guys (Cole Goodley on Drums, Jared Kahi on Bass and Johnny Barker on Vocals/Guitars). That was one heck of an education (it's always good being the weakest link in the band), and also some of my fondest memories of playing music there. I also worked with an artist named Emma Walter, she has a very unique voice and taught me a lot about leaving spaces in music.

London 1966. The Beatles had released Revolver (probably my favorite album of theirs, along with Abbey Road), and the British blues boom was in full swing. Forget a day, I'd spend a couple of years.