"The music industry has changed the same as everything else. But it's heartwarming when something comes off the street completely apart from the business." 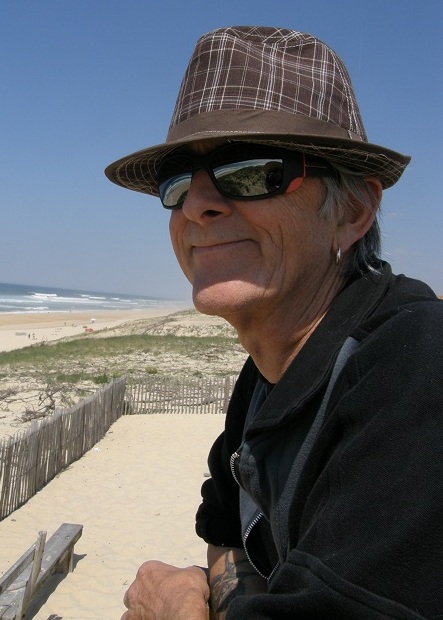 Dummer became a promotion manager; spending three years at MCA Records and a year at Elektra Records, before joining A&M Records. In 1977 he became the drummer with Darts, with former Dummer Band members "Thump" Thomson and guitarist George Currie, who had earlier re-formed with Dave Kelly to play the London pub scene as The John Dummer Band.  Dummer then played drums, toured and recorded with Lowell Fulson and Eddie C. Campbell. His next group, True Life Confessions, featured his wife Helen April. They issued several records on A&M, but none charted. Dummer and his wife also performed as a duo, and peaked at number 54 in the UK Singles Chart with their cover version of "Blues Skies", and were also known for "Own Up If You're Over 25".

He then managed The Screaming Blue Messiahs for three years, before restoring properties in France and Portugal. He formed Screwy Truants with French musicians, sang and played harmonica with French guitarist Jean-Claude Manuel, and drummed with harmonica player and blues singer Nico Toussaint. Dummer is currently still drumming with various groups in Bordeaux and working as an antiques trader, furniture restorer and author. His bitter/sweet story of an ex-pat's dream Serge Bastarde Ate My Baguette: On the Road in the Real Rural France was published in 2009, and was followed by a sequel Son of Serge Bastarde: Mayhem In The Antiques Markets of Rural France.

What do you learned about yourself from Blues music and what does the Blues mean to you?

I think the blues appealed to many young people of my generation in England because it was raw and real, not like the popular music we were used to. A lot of us were learning to play musical instruments and this was the music that appealed to us and we wanted to play it and live it. I think it was the Chicago city blues that appealed to us, which was basically the real old country blues amplified and beefed up for the city clubs. I loved it and still do, all styles of blues music.

How do you describe John Dummer sound and progress, what characterize your music philosophy? 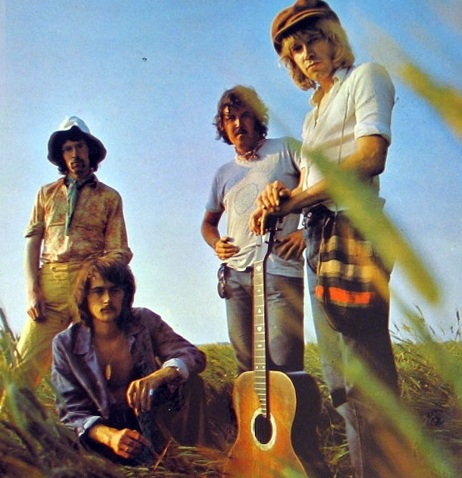 We didn't really have a sound or I'm not aware of what it was. We were trying to imitate our heroes and the nearest we could get to what they sounded like the better we liked it.  In the 60's we began to put a band together to play regularly in a club in London, the Studio 51 Club in the West End. It had been a jazz club and we played there every Sunday afternoon. We had some talented young musicians who developed into great players. Tony McPhee who went on to re-form the Groundhogs, Dave and Jo-Ann Kelly, pianist Bob Hall and harp player John O'Leary. It was a great atmosphere and we encouraged musicians to sit in.  The bill was often shared by a jug band, Brett Marvin and the Thunderbolts.

I certainly think the most interesting period of my life was when we backed the great Howlin' Wolf on his UK tour. He travelled with us in the van and we got to know him well. He was a lovely man. I think the worst moment of my career was when I heard Graham Bond had thrown himself under an underground train. I had got to know him well not long before this and had played and recorded with him. He was always a musical hero for me and I had rated his jazz playing since I' first heard him when I was 13 years old.

I think the best jam happened when we were playing upstairs at Ronnie Scott's Club in Wardour Street. Roland Kirk had been playing downstairs and one night he came up the stairs and sat in with us. I was thrilled as I virtually worshipped the ground he walked on.  A great night and a real honour!

I think my most important experiences have been playing with American blues musicians like Howlin' Wolf, John Lee Hooker, Lowell Fulson and Champion Jack Dupree. They were all so kind and encouraging to us young white English musicians and this was a unique period. We were so lucky. The best advice I have ever been given and one I endorse wholeheartedly is “be yourself.” Learn from your heroes and then find something special of yourself to give. 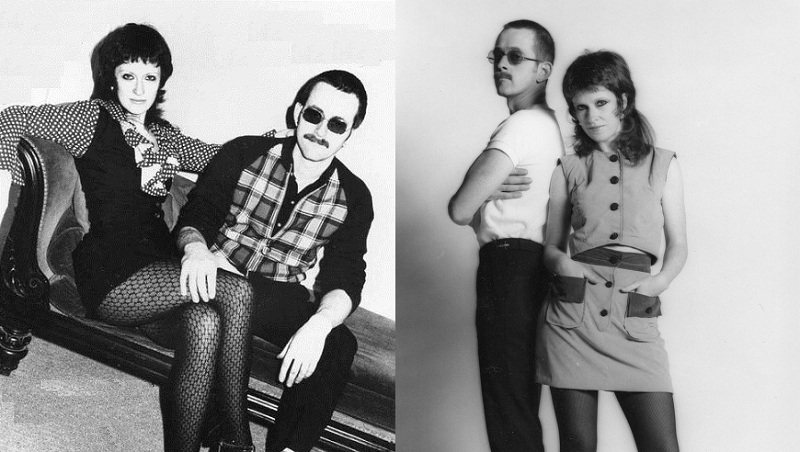 (Photo: John Dummer and his wife and fellow singer and musician Helen April)

"I think the blues appealed to many young people of my generation in England because it was raw and real, not like the popular music we were used to. A lot of us were learning to play musical instruments and this was the music that appealed to us and we wanted to play it and live it."

Are there any memories from Howlin' Wolf, John Lee Hooker, and Lowell Fulson which you’d like to share with us?

There are so many I wouldn't know where to start. As I say, we were just so lucky to be around then. I'm writing an autobiogtaphy at the moment so a lot of these anecdotes will be in there.

I don't tend to look back and miss stuff. I've lived in France for the past 25 years now and I'm a published author (“Serge Bastarde Ate My Baguette” and “Son of Serge Bastarde” both available from Amazon to down load.)  Music will go on changing as it always has. I think the period when African music met European music and produced jazz and blues as we know it was a unique and explosive moment and especially interests me. I believe this is all one music whatever form it takes and I love it all.

The memory I have of Champion Jack that makes me smile is when he sat in on my drum kit and played it with his hands. He was a great drummer in the old New Orleans style. He wore big rings on his hands and these broke a few of my drum heads. I forgave him as we was a lovely guy and a marvellous drummer. 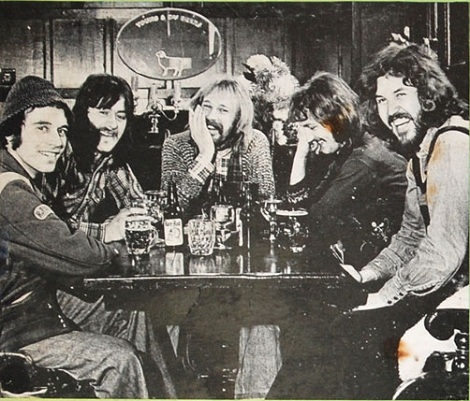 I think the UK was the centre of the blues and rock influences because we were into the music and we spoke the same language. This was a big advantage. We understood immediately what was being said and could copy the words straight away. For non-English speakers this is a handicap. The story in the words is important. So saying a lot of the initial interest began in the fifties when the trad jazz musician Chris Barber began bringing American jazz and blues players to work in the UK. This hooked us when we were growing up. I don't think the role he played can be over-emphasised.

What are the lines that connect the legacy of Blues with Rock and continue to Doo-Wop and Skiffle music?

It's really the blues that connects all these musical forms. When you dig down it's mainly blues and gospel music at the roots.

The music industry has changed the same as everything else. But it's heartwarming when something comes off the street completely apart from the business. Rap and hip-hop came off the street and got absorbed into the mainstream popular taste. Blues keeps coming back again and again as it's so strong and indestructible.

Because it speaks to people. It tells a truth about life and the problems and joys we face with complete honesty. It will always be around.

What are the differences between Southern Europe (Portugal, France) and UK? What are your conclusions? 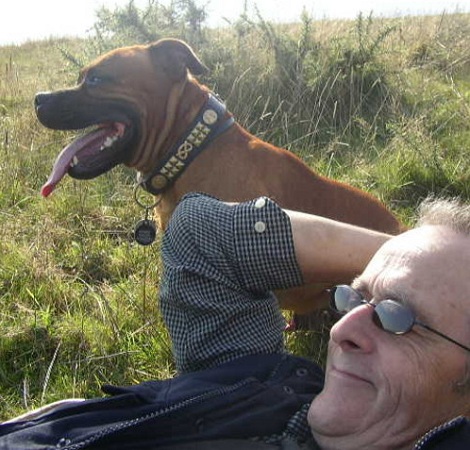 As I say I've lived in France for years now and I love it here. I like the people and their philosophy of life. They're big blues and jazz fans too. I love Portugal and their people too and lived there for a while.  England has changed like everywhere else and what I like best is its multicultural element. I'm an  immigrant in France myself and I think immigration has changed Britain for the better. We needed an injection of outside blood to warm us up a bit. England has always welcomed and absorbed immigrants and it hurts me deeply when the gutter English press whips up ant-immigrant feeling as the Springer Press did in Germany for the Nazis prior to World War II. I support the European Union and I'm an Internationalist.

Which things do you prefer to do in your free time?  For John: Happiness is……

In my free time I write. Or go sailing on our nearby lake. Happiness is meeting up with old friends and talking about music and playing drums.

OK. I've often thought about this and it's an easy one. I'd want to go back to New York and see Charlie Parker, Dizzy Gillespie or Miles Davis, Max Roach and Bud Powell playing in Birdland or any other club. But Bird is the one I'd give anything to hear live. And I'd like to go back and see the original Muddy Waters Band in Chicago with Little Walter on harp. I saw Muddy's Band many times in London in the sixties and believe me that was the most exciting and brilliant blues band ever. Made you weep with joy. I'd give anything to see them again.