"Blues will continue to evolve and inspire younger generations but I would say my fear would be if songs with an auto tuned voice on a blues song was more popular with the new generation than real blues."

Those who subscribe to the notion that only age and a lifetime of hardships can produce a blues musician have probably never heard Ty Curtis play guitar, sing, or listened to the powerful lyrics of just one of his songs. Ty, being one of Oregon's youngest blues musicians. ’70s-style rock blended with a hint of southern twang is the music ambiance of Ty Curtis’ Water Under The Bridge. This new album weighs heavy with futuristic takes on the genre of blues rock. The emphatic screaming lead guitars carry Curtis’ vocals through every arrangement, with musical grace and elegance. The subtle hints of southern rock twang bring vibrance to every song, which showcases Curtis’ authentic sense of musicianship. Curtis has a uniquely written album to add to his discography with Water Under The Bridge, and proves that there is a market for limitless creations in writing blues rock music. 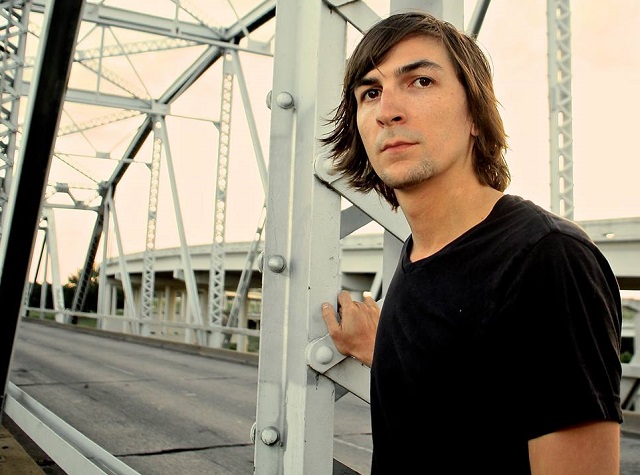 Ty was just out of High School in 2006, when he recorded and released his first album, 'Stubborn Mind'. Featuring passionate vocals and driving guitar, a hallmark of the band, this CD presented a depth of feeling and sound that was way beyond his age. In 2008 Ty released his second album, 'Down On My Luck', which was selected to represent the Cascade Blues Association in the International Blues Competition for 2009. Ty and his band ended up taking 2nd place in the International Blues Challenge in Memphis. Grammy award winning producer David Z took a special interest in the band, which lead to his work on Ty's much anticipated third album, 'Cross That Line'. In 2011 Ty's long time friend and current Steve Miller Band Guitarist, Jacob Petersen, had the great idea to have Ty come down to Austin, TX and make the next CD. So in the spring of 2012 Ty made the trip to Austin and recorded his self titled album 'Ty Curtis' in just 5 days. With the last four albums receiving praise from all over the country, Ty decided it was time to move to Austin and make his fifth album 'Water Under The Bridge'.

That I have more depth to my emotions than I realized. The blues to me means all the ups downs good and bad parts of life. It’s a way for me to combat my feelings and struggles or it can be a way to celebrate and rejoice in happy times.

How do you describe Ty Curtis sound and songbook? What characterize your music philosophy?

I would describe my sound as modern blues rock with high energy, passionate vocals and in depth songwriting. My music philosophy is to always have fun and to try and make a positive impression on any audience or person each time out. You never know who is in the crowd. I characterize my songbook as a young kid who started out writing his emotions at 19 through blues and has matured to a more experienced well rounded musician leaning more on the rock side of blues but not forgetting the soul in the music. My songbook documents my progression as a player, songwriter and singer. I want to think that each album I put out I learn a little more and is always better than the one that proceeded it or at least that’s my goal. 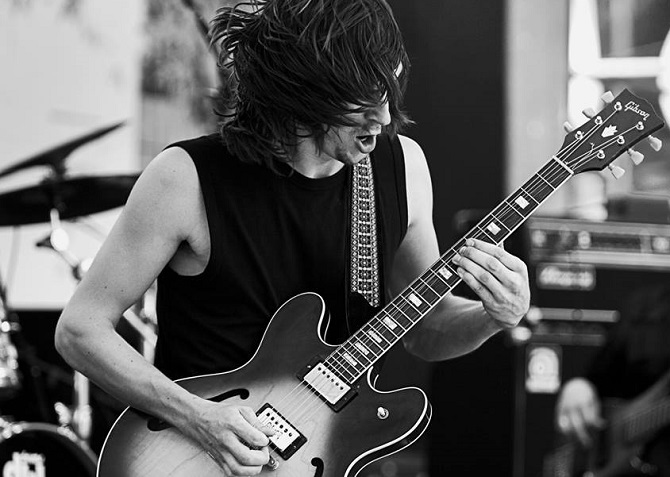 "I would bring back Stevie Ray Vaughan because nobody today is like him or ever will be. He would make so many people happy on an epic scale. I think if we could hear him today you wouldn't believe your ears how good it would be. Totally in a class of its own."

What were the reasons that one of Oregon's youngest musician started the Blues/Rock searches?

I grew up listening to Stevie Ray Vaughan, BB King, Delbert McClinton, all kinds of blues and classic rock as well as reggae and folk. My parents as well as my brother really influenced what I listened to growing up. We had a large cd collection that I would paw through and learn about new artists and get ideas and inspirations from the music that was going on before I was born. The main reason I love blues is because you can't fake it you get what you put into it and It's the type of music that I feel the most in my heart. A big reason for my switch to a more rock blues sound was when I opened for Robin Trower at the Roseland in Portland and also being able to watch George Thorogood from backstage that really changed me also but with that said I really love old blues. I plan on recording more rootsy bluesy songs and acoustic as well.

Meeting Jacob Petersen when I opened for Curtis Salgado after that performance he took me under his wing and mentored me about guitars and tone and changed my musical world. He helped me dial in my sound and be comfortable with my gear. He gave me the 101 on tone, guitars, amps you name it which helps you to have confidence to perform. I will forever be grateful to him for empowering me with that knowledge.

Another experience I had was meeting harmonica great Paul Delay. The man was a true pro and so relaxed and a model blues performer. Being exposed to his music and stage presence was very eye opening and inspiring. He told me to never be afraid to mess with the scale and to always play straight ahead and from the heart. 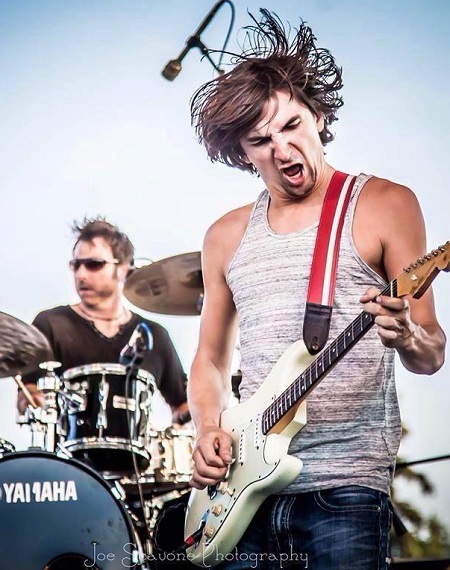 Playing in the Caribbean for the St. John Blues Fest we were sitting around in the middle of a jungle after playing just shooting the breeze with the other bands that had played and I'm realizing right then that I was extremely blessed and fortunate to have my music take me the farthest place I've ever been in the world. The thought that my music could do that was pretty powerful.

What do you miss most nowadays from the blues of past? What are your hopes and fears for the future of blues?

The rawness of it! Blues will continue to evolve and inspire younger generations but I would say my fear would be if songs with an auto tuned voice on a blues song was more popular with the new generation than real blues. Electronic music has already taken over and blues is a select market but it will never die because nobody can deny raw emotion and someone pouring out their soul. Bp will never take you to church but BB King could.

I would bring back Stevie Ray Vaughan because nobody today is like him or ever will be. He would make so many people happy on an epic scale. I think if we could hear him today you wouldn't believe your ears how good it would be. Totally in a class of its own.

At Doobie Brothers best memory was playing to their sold out crowd of 7,000. The energy you get is indescribable. When I watched George Thorogood’s show from side stage. He just walked out without a guitar and the crowd went nuts, being around that kind of energy was infectious and rooted me even more in my quest to play music and perform live. "That I have more depth to my emotions than I realized. The blues to me means all the ups downs good and bad parts of life. It’s a way for me to combat my feelings and struggles or it can be a way to celebrate and rejoice in happy times."

A solid rhythm and true emotion I believe are the connecting lines in my opinion. Every human on earth has a heartbeat.

What made me laugh recently was I heard about this tour joke that was played on a drummer. He went to his drums for soundcheck and the band crew had poured a layer of talcum powder on his snare. It blended right in and of course he was tired from being on the road so he didn't notice it. He hit the snare and the powder blew up into his face. That story gave me laughs for days.

What made me laugh recently was… What really touched me was that (my idol) Chris Cain was in financial need and the blues community came through to raise a substantial amount of money. I was also extremely honored to be apart of Tim Langford’s cancer benefit as well! It was great to see everyone come out and support that show, it really showed a perfect example of how music creates a strong community.

I would go back to the day I met my fiancé Sara. She's the love of my life and the feeling I got when I saw her for the first time I could live over and over. I know awe lol but really was a moment I won’t ever forget. 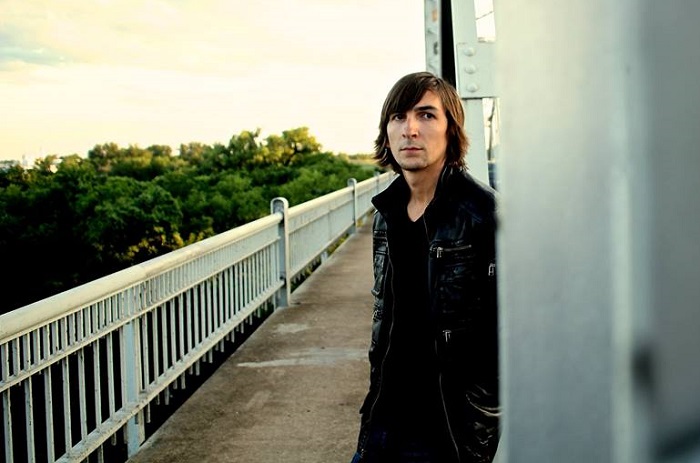