"I hope that people always remember to play from the soul, continue to write inspiring lyrics and melodies."

DEL CASTILLO began as a CD project for family back in the winter of 2000 and has become a symbol of the cross-cultural power of music with their eclectic blend of Flamenco, Rock, Latin, Blues, and World music. Between the release of their first CD, Brothers of the Castle back in 2001, to their 2006 release, Brotherhood, Del Castillo has received an astonishing 18 awards including SXSW/Austin Music “Album of the Year” Awards for Vida (2002) and Brotherhood (2006), “Band of the Year (2003)”, ASCAP’S “Best Independent Group of the Year (2005)”, and Austin Music Pundits “Best Live Act (2004)”. Film Director Robert Rodriguez attended a Del Castillo concert in 2002 and a great friendship developed between the two. Rodriguez then enlisted the group to contribute music to the soundtracks of his movies, such as “Once Upon a Time in Mexico”, “Sin City” and perform with him at the premieres.  Rodriguez was so impressed with Del Castillo that he wanted to record with them, so together, they formed CHINGON and recorded an amazing electric rendition of the Mexican song, “Malaguena Salerosa”. Quentin Tarantino loved it so much that he re-did the ending sequence of “Kill Bill Vol. II” to fit the song into his movie. By 2004, Del Castillo was touring nationwide across the country playing with such diverse acts as Styx, Los Lonely Boys, Ozomatli, Don Henley, Los Lobos, and Willie Nelson and continued tour non-stop through 2006. They have performed at three of Willie Nelson’s 4th Of July Picnics, and at Eric Clapton’s Crossroads Guitar Festival. Willie Nelson has become a good friend of the band as well and the two look forward to touring together again soon. Rick and Mark del Castillo were recently selected in December 2008, by Gibson Global, to be two of only about SIX guitarists in the world to launch their new state-of the-art Dark Fire Gibson Les Paul guitar line. The band continues to tour throughout the USA, thriving on performing live and building new audiences, and songwriting and recording are a priority during breaks in their tour schedule. Rick is the owner of Smilin' Castle Productions and studio, since 1995.

Rick: My sound is simple. It’s a direct connection with my heart and my soul. I’ve progressed from wanting to play very precise and perfect to wanting to let the emotion be the forefront of what I’m playing. I guess that’s also my music philosophy as well. 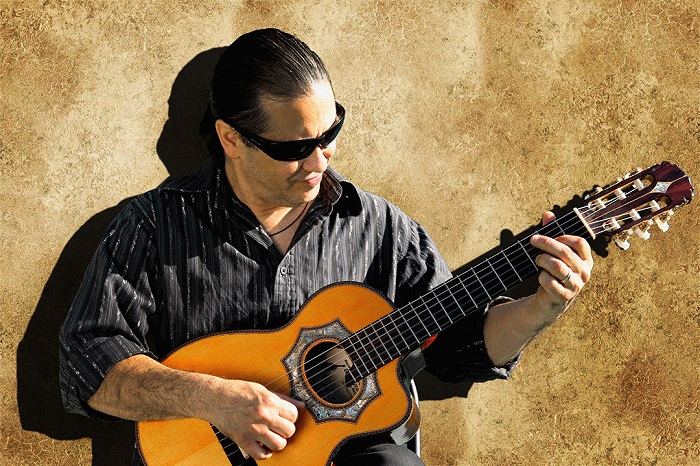 "My sound is simple. It’s a direct connection with my heart and my soul. I’ve progressed from wanting to play very precise and perfect to wanting to let the emotion be the forefront of what I’m playing. I guess that’s also my music philosophy as well."

Which was the best and highlight moment of your career?

Rick: I would say the best highlights started when I met Robert Rodriguez and started working with him doing music for his movies. The very first time I played to picture, man that was great! But the ultimate best highlight of my career was when I went to London to record at Abbey Road Studios. I worked on a short film called Killing Snakes and the director insisted we record the score at Abbey Road. She didn’t have to tell me twice! I’m a HUGE Beatles fan and the fact that I was recording with an orchestra in studio two, where they did the bulk of their music, I was in heaven! Not to mention, I played the same piano Paul McCartney had just played the week prior.

Rick: I think when we toured with Styx and Los Lonely Boys; those were the most memorable gigs. Also the Kill Bill II & Once Upon A Time In Mexico movie premieres. My favorite jams would be when we all got up on stage with Los Lonely Boys and we all played the guitars behind our backs. That was awesome! There’s a picture of that somewhere.

Rick: When George Lopez came up and jammed with us on stage in Austin. Also when we played on his tv show. 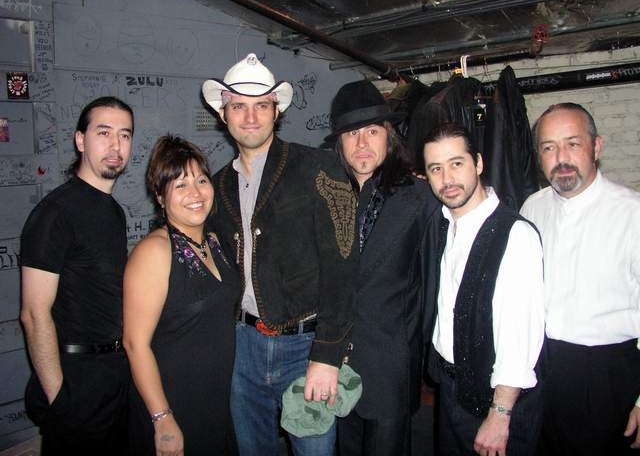 "I wish for a universal shift in conscience; that we resonate at a higher frequency and therefore so shall our music. I wish that to be a reality in the musical world!" (Photo: Rick & Robert Rodriguez with Chingon)

Rick: There are so many! For Chingon, doing the movie premiere party’s, the SXSW big stage shows with the big screen behind us sync’ing up to the music and now playing a musician on the TV show “From Dusk Til Dawn”. As for Del Castillo I really like going to Europe! It’s beautiful over there and the people are awesome! They make us feel welcome and special!

Rick: The originality and diversity of the music. Back then there was no “fix it in Pro Tools” You needed to be a good musician Back then most albums (at least the basic tracks) were recorded live together in the same room. Music of the past was art. Now it’s just “product”.

Rick: I hope that people always remember to play from the soul, continue to write inspiring lyrics and melodies. I also hope that the public pays for the music they listen to and not steal what artists are creating. Kids nowadays think they’re entitled to free music. That’s not good! I guess my fear is that music is no longer revered (at least not like it was when I was a kid) that’s its just “product” and it’s becoming less and less special.

What are the lines that connect the legacy of Blues with Tex Mex and continue to Latin and Rock n’ Roll?

Rick: As a dear friend of mine likes to put it, music is a soup and Blues, Tex Mex, Latin & Rock n Roll are the spices. Those are the lines that connect to the same denominator, the soup! Depending on how much of each spice you put in, the end result will vary. 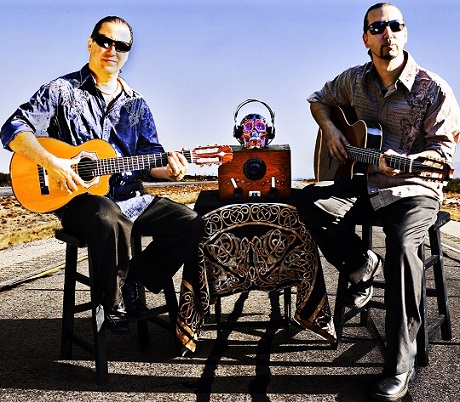 Rick: Love All; Serve All

How started the thought of Smilin’ Castle? Why did you think that the Texan music continues to generate such a devoted following?

Rick: I always wanted to start my own studio & production company and back in 1994 I came up with the name Smilin’ Castle. It’s become Del Castillo’s label, my production company and initially my publishing company. Many great players from around the country move to Austin and blend with the local talent and enrich what’s already there. I think the byproduct is what people call “The Texas Sound”.  From Freddy Fender to Willie Nelson to Stevie Ray to name just a few Texas music has always been about soul, playing from the heart.

Rick: I wish for a universal shift in conscience; that we resonate at a higher frequency and therefore so shall our music. I wish that to be a reality in the musical world!

Rick: I’d go either to Abbey Road on the day the Beatles recorded “A Day In The Life” or to Trident Studios the day Queen recorded “Bohemian Rhapsody”. Both are huge songs! I would’ve loved to either talk to The Beatles or Freddie Mercury and Brian May when recording not to mention also talk to George Martin and Roy Thomas Baker. 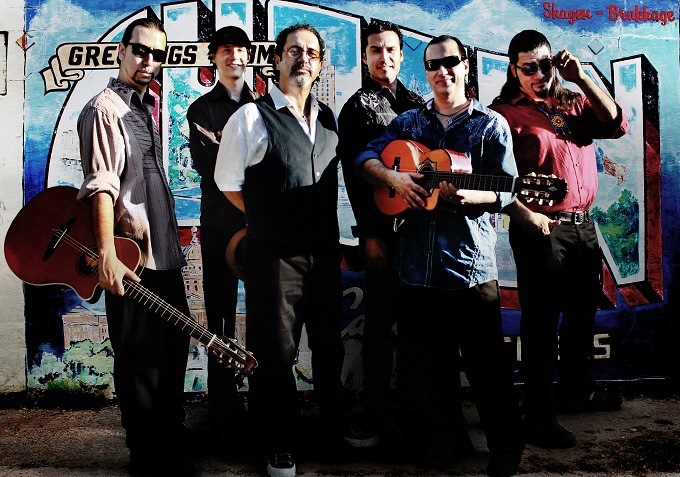