"Music is music, today everything is mixed and keep evolving and it’s great."

Boris Plotnikov is a Russian musician and a teacher of harmonica (diatonic and chromatic). He started to play the harmonica at the age of 16 in 2000. Boris plays both the diatonic and the chromatic, but prefers the diatonic for most kinds of music. His playing is fast and precise, his main attention is on phrasing, timing and articulation, overblow and overdraw is not a problem for him at all. His stage presence and expression are also second to none. Boris first taught himself in 2001 using Interactive Blues Harp Workshop, and in 2003 he took lessons from Mikhail Vladimirov and Alexander Bratetsky. 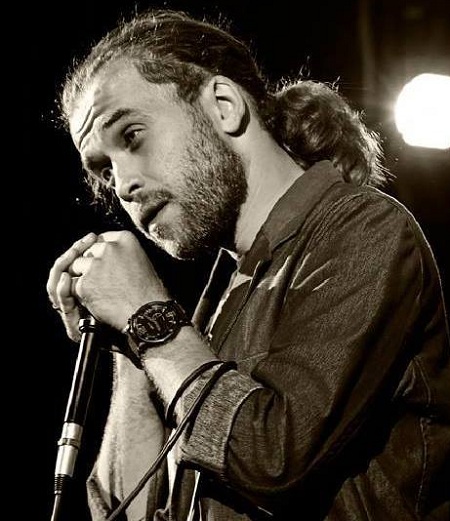 His main influences from the harmonica world are Howard Levy (who also gave Boris some private lesson in 2010 and noted his great technique and customizer skills), Jason Ricci, Richard Hunter, John Popper, Chris Michalek and Bart Leczycki. Boris loves all genres of music from Chet Baker’s and John Coltrane’s Jazz, through Jimmy Hendrix to Nirvana’s rock to Prodigy and Rage Against The Machine. Boris’ musical taste and abilities are very wide. He is able to adopt his playing all main genres like Jazz, Blues, Folk, Rock, Funk or Classical. Boris already played together with both Jazz big-bands and Classical chamber orchestras. He really likes to experiment with mixing different kinds of music and is very interested in putting his harmonica style into modern music context, like Hip-hop, Trip-hop, Drum 'n' bass or Dubstep.

Besides playing, he is an amazing harmonica customizer - he works using a microscope to make his harmonicas much more airtight, allowing to play all overblows and overdraws fluently and without any squealing, and to make them to play with a more prominent articulation. Boris is a professional harmonica teacher; he has been giving harmonica classes in Sverdlovsk musical college until 2009 and today has many students profiting from his skills. In 2013 Boris got two prizes in World Harmonica Festival, second place in Blues/Folk diatonic contest and the third place in Jazz/melody diatonic contest and he also won at the international jazz contest "Master-jam fest" in Odessa.

I learn a lot from the blues. Little Walter’s harmonica tone, groove, and expression. I don’t consider myself a bluesman, and I rare like modern blues players, but blues means for me a lot. Mix of conservative form and free conversation.

How do you describe Boris Plotnikov sound and what characterize your music philosophy?

Precise and sharp and rather fast, I hope my harmonica can talks and tell stories. Music is language and instrument have to talk, music must have groove (although groove can be very different - from minuet to dubstep, doesn’t matter). 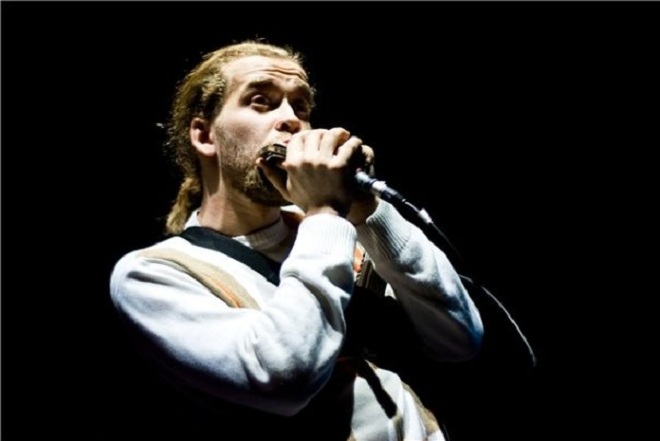 "Modern music accumulates everything from past. And modern music has a great diversity. If listen to pop music it can seem that it become primitive, but look a bit more over internet and you’ll get a lot of interesting music of all sorts, from orthodox traditional/classical/blues/jazz music to IDM and avant-garde."

I don’t think so, jazz and blues loose its popularity from the other side and become a classical thing, at least in their orthodox sides. In general I think musical styles are overestimated. Music is music, today everything is mixed and keep evolving and it’s great.

When was your first desire to become involved with the harmonica? What are the secrets of harmonica?

I was interested in harmonica playing about year 2000, when I was 16. I listened to Russian hippy-blues band Umka & Bronevichok and there was harmonica player Voffka Kozhekin, he played almost all the time and it was so cool for me and I decided to get me a harmonica. Secret of harmonica that it can be a folk instrument which can play only certain amount of notes from one scale but with a great freedom and speed after practicing. However, with a practice you can get all 12 notes for whole 3 octave and you get fully chromatic instrument with nice range, but slightly limited possibilities (sharps and flats are not so easy to get in tune and with proper articulation, but sound really expressive on the other hand).

In 2010 I met Howard Levy and get a lesson from him; it was important experience, as he tell me that I don’t make any technical mistakes. The best advice was from great folk musician Sergey Klevensky: “Imagine a shepherd with a simple 3-note flute, it’s very primitive instrument, but he is as talented as John Coltrane and he will find all possibilities of this 3 notes: timbre, articulation, rhythm”. Before that I was interested in jazz and notes, but this advice gave me absolutely new dimensions of music. 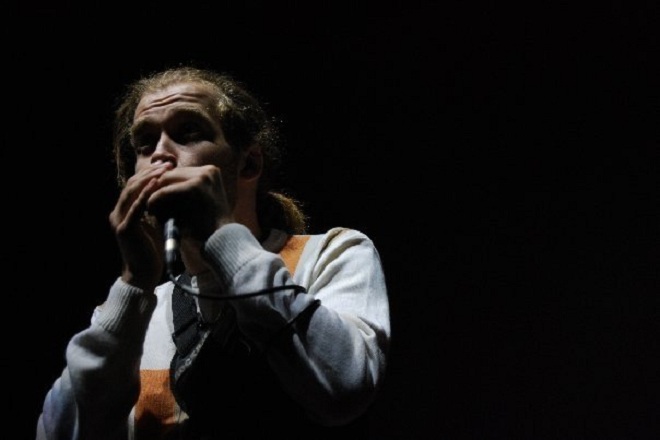 "I learn a lot from blues. Little Walter’s harmonica tone, groove, and expression. I don’t consider myself a bluesman, and I rare like modern blues players, but blues means for me a lot. Mix of conservative form and free conversation."

Are there any memories from gigs, jams, workshops and festivals which you’d like to share with us?

Recently I have a nice experience to play duo gig singer-songwriter-guitar player and me on harmonica. It was night club full of people and loud disco next room. We had to play very loud to be heard over noise, no ballads, only loud tunes! But people liked it and danced; despite they didn’t know our songs.

I don’t think I miss something. Modern music accumulates everything from past. And modern music has a great diversity. If listen to pop music it can seem that it become primitive, but look a bit more over internet and you’ll get a lot of interesting music of all sorts, from orthodox traditional/ classical/ blues/ jazz music to IDM and avant-garde.

The key problem is too much information to find what you need and to analyze deeper, to get audience you have to make something really special, it’s not easy.

Possible I wish more experimental music on TV and radio. 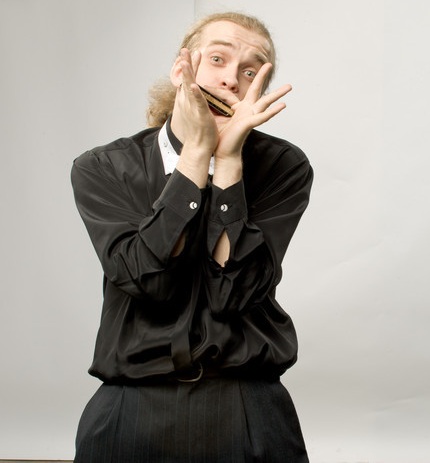 Never was really deep in blues scene. I was big blues fan when I was 16-17 years old and soon loose such deep interest. I like to play some blues sometimes, but whole blues gig is a bit boring for me even if I play, and super boring if I listen to.

"Music is language and instrument have to talk, music must have groove (although groove can be very different - from minuet to dubstep, doesn’t matter)."

What are the lines that connect the legacy of Blues & Jazz from United States to Russia?

Blues and jazz was listened in Russia on a LPs and tapes, and there was musicians who like id and tried to copy. Sometimes it was a good copy, sometimes bad copy, sometimes something original based on US music. The last way I think is the best. There are some nice songwriters who write a blues and jazz songs in Russian language, there are musicians who mix jazz and blues with Russian traditional music. Electronic music is international I think, so jazz and blues samples are used in every country.

It’s not easy to touch my emotions, unfortunately, most emotions I get from recordings. Possible, recently I was at very good gig by Aquarium band, especially I liked their guitar player Alexey Zubarev - incredible and very creative playing.

Future, I think around year 2100 or so. Just to see how world will change. 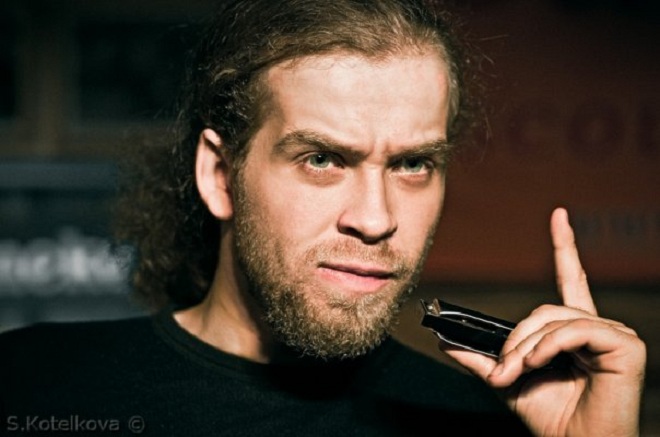