"Blues music is a language that needs to be shared."

Johnny Cox: The Blues of Highlander

Singer, songwriter and guitarist Johnny Cox comes from Canada by way of Scotland. Inspired by many styles of music, it's the Blues that truly drive Johnny wild. In his youth, Johnny's appetite for Blues music was insatiable and he spent many years devoting himself to the techniques of Eric Clapton, Stevie Ray Vaughan, Albert King, Albert Collins, Robert Cray, John Lee Hooker, Buddy Guy, etc., ... 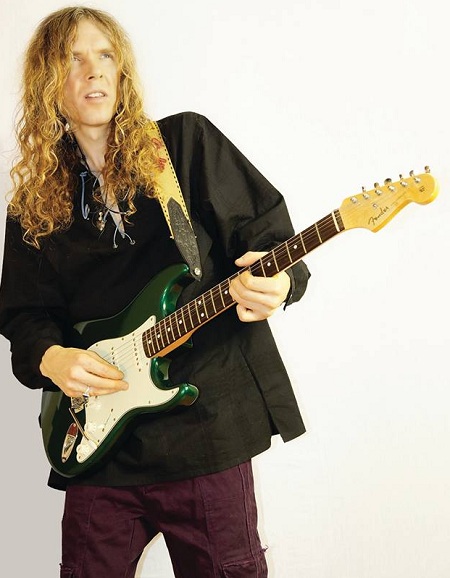 As time passed, Johnny began to hunger for more than being a blues guitar player. In the process of becoming 'whole' musically, Johnny felt compelled to start singing and writing his own material. Since that realization he's been on a feverish journey, honing his craft and finding his home in the world of music.

Johnny Cox's debut CD, The Thin Blue Line, represents the palette of his musical personality. On this CD, he embraces many Roots styles but in his heart he's still a junkie for the Blues; playing guitar in his sleep and bending every note.

Produced by Richard Greenspoon and Johnny Cox, Thin Blue Line was a process that began a year ago in a recording studio in Toronto, Canada. In scope, palette, and composition, Thin Blue Line is an exciting, firey debut. Fans and first time listeners are encouraged to tune-in and soak up 11 powerfully unique songs from an artist who’s on a feverish musical journey.

Blues music is a language that needs to be shared. It speaks to me in a way that reaches deep into my heart and soul. It is an emotion-driven style of music and I am a very emotional person. Blues music gave me a vehicle to express myself and share myself with others.

How do you describe Johnny Cox sound and progress, what characterize your music philosophy?

I consider my music to be progressive with ghosts of the past all through it. As a musician, you have to really believe in your music and be passionate about your abilities because you can’t fool your audience. You need to practice until you get it real. Don’t cheat yourself or your bandmates. 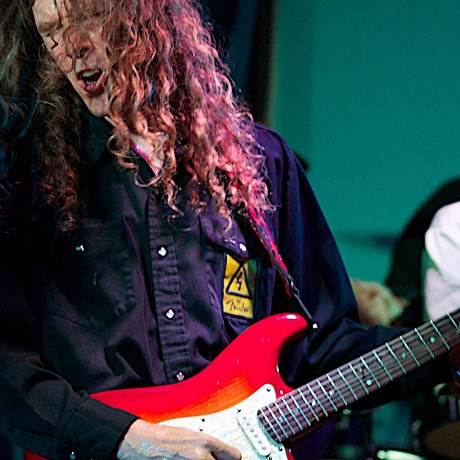 The sadness of leaving my childhood home in Scotland really affected the flavor of my music - acceptance, rejection and coming to peace with it all. Also, a health crisis several years ago gave me a more spiritual outlook on life.

"I would love it if Blues music gained more respect." Photo by Robin Reed

Simply put, blues/rock is exciting. It’s raw and very connected to the past and there will always be a great appeal to see a guy or a girl wail on a guitar. The tension and the release in the music parallels the angst and joy in one’s life.

The most vivid night for me was the night of my birthday in 2006. I went to see one of my all-time favorite Blues artists in concert, Lucky Peterson. Towards the end of the night Lucky Peterson broke a string on his guitar and he asked the audience if anyone had a spare. Of course I had my Stratocaster in my car so I ran and got it! Lucky Peterson played the rest of the set on my guitar. To thank me he invited me to play on stage with him for the final song. I was so honored!

It makes me smile when I remember the night when I was playing a bar gig - one of the patrons tossed me a $50 bill mid-solo because he was so impressed with my ability to play the blues. I was so happy, plus I really needed the extra money at the time!

Meeting Buddy Guy’s keyboard player, Marty Sammon, and getting him to play on some of my tracks. I’ve also been fortunate to meet Dickey Betts, Andy Aledort and Lucky Peterson. The best advice I’ve gotten is that the music business is full of ups and downs and you can't pay too much attention to the downs. You’re doing this because you love it and you need to please yourself. If you are authentic, the audience will respond. "Blues music gave me a vehicle to express myself and share myself with others." Photo by D. Di Vincenzo

We had a lot of fun experimenting with ‘found sound’ on the track ‘Didn’t Commit The Crime’. We dropped toolboxes, banged on steel ladders and distorted some of the vocals to create an apocalyptic vibe.

I miss the deeper level of musicianship on every instrument. I miss the tone of the old instruments. I miss the heartfelt lyrics. I’m not so much a fan of modern day reliance on gimmicks at a show. I hope that Blues music will be less shunned in the media and have more inclusiveness in major competitions such as the ‘Grammys'. My fear is that awards shows are slowing pulling Blues out of the mainstream programming and replacing it with too much dance and pop music.

What are the lines that connect the legacy of Blues with Soul, Reggae and continue to Rock and Roots music?

The connecting lines as I see it are spirituality, shared hardships and the general poetry of life through sound. 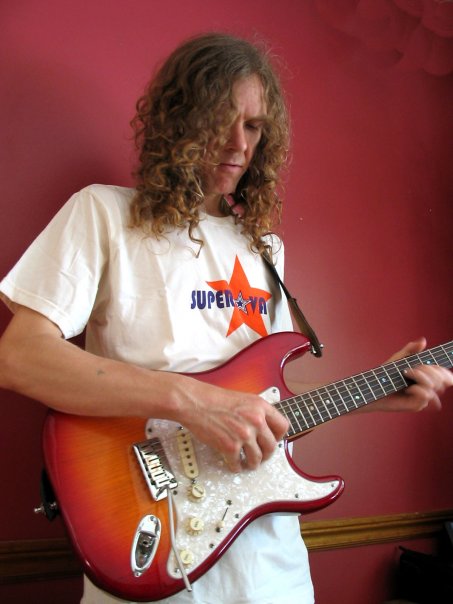 I would love it if Blues music gained more respect. I would love to change the misconception that Blues music is somehow boring or outdated. Too many people have never even heard the names of some of the Blues greats like ‘John Lee Hooker’, “Albert King’ or ‘Freddie King’. The list goes on and on...

Listening to my music on a French-Canadian radio station and hearing the DJ refer to me as a ‘maniac en guitar’ gave me a great laugh!

From the musical point of view what are the differences between Canadian and American scene?

It can be difficult to be a travelling musician in Canada because the population here is much more sparse than in America. As beautiful as Canada is, you are playing in a metaphorical wilderness here. There are so many miles separating each city and town. In America, the increased population allows musicians to more easily roll from city to city and gain a dedicated following.

Without a doubt, I would go back to my childhood home in Motherwell, Scotland - the Old Mill Hotel. We ran the hotel as a family business. We left Scotland in 1985 to move to Canada. Although I love Canada very much, my heart still yearns for Scotland. 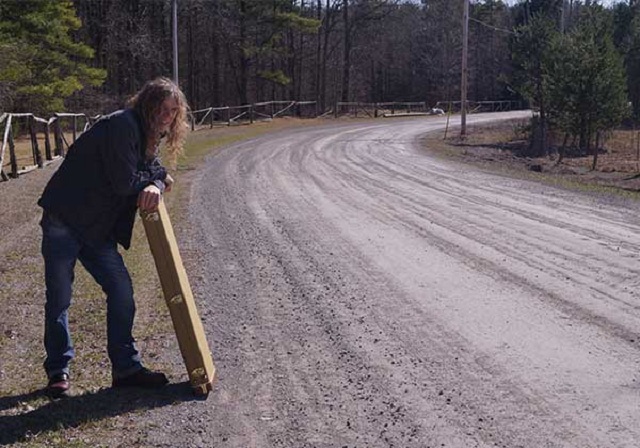