Interview with Robert Hokum, an established figure on the British blues circuit and founder of Ealing Festival

"The musicians of the Brit Blues boom had their feet in the past but their heads in the future."

Robert Hokum: Blues With No Border

Guitarist / vocalist Robert Hokum is founder and host musician of the Ealing Blues Festival since its inception in 1987, Ealing’s Robert Hokum is an established figure on the blues circuit. A versatile musician, he performs all styles of blues from the 1920’s to the present day and has even been known to rap. He plays with band The Devil Drives which promises to be the funkiest that he has ever gigged with. And, in common with Dr Feelgood’s founder, Lee Brilleaux, he also went to school at Oaklands in Hanwell and Ealing Grammar. Other projects are: Blues Sans Frontieres, The Robert Hokum Blues Band; and The Guv'nors. 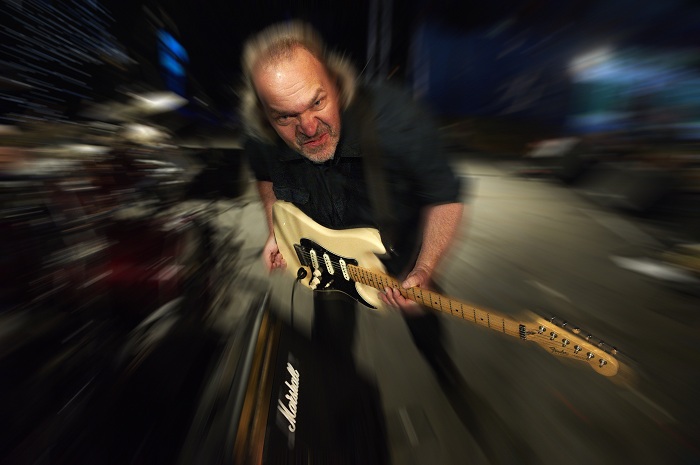 The Guv’nors started out as a straight Blues band. However, the eclectic tastes of the band members began to show in the music and the 1991 album ‘Un’Natchl Blues’ fused funk, jazz, avant garde and the blues. The period from 1993 to 2003 was quite unsettled for the band with numerous personal changes – yes, you’ve guessed, musical and personal differences, drugs, jealous partners, over-inflated egos, bread heads, unreliability, rock’n’roll stoopidity etc. – but, hey that makes for a great band right? However, 1995’s ‘Funky Spanking of The Blues’ and 1999’s ‘Getting to The Point of the Get Down’ continued the development of a definitive Guv’nors sound and it was during this time that the use of Latin percussion became more prominent within the band. The line-up stabilised in 2003 and the 2004 Bootleg of their performance at The Ealing Blues Festival shows a band more than capable of ‘cutting it live’ with the best of them. Robert Hokum is currently gigging with Devil Drives whose debut CD has just been released to strong reviews in the Blues Press.

When was your first desire to become involved in Rock & Blues music?

From an early age, I was able to sing roughly in tune and able to identify time signatures. However at school they tried to force music into an academic regime with incomprehensible Italian names for everything – which was totally against my intuitive approach to music. So I became attracted to music forms which I could learn at my own pace. I was 15 (in 1966) when I got my first guitar, the first guitarist that I remember trying to copy was Steve Cropper.

I was never particularly good at sports and never had the self-discipline for academic work, so my music provided me with a ‘self-identity’. Blues, when it is played right, is to me the most communicative of all music forms. It’s about the interaction between musician and audience. Some music forms can exist only in a recorded state but Blues has to exist as a ‘live’ music form. I only really ‘got’ the blues by seeing BB King live, then it all made sense. 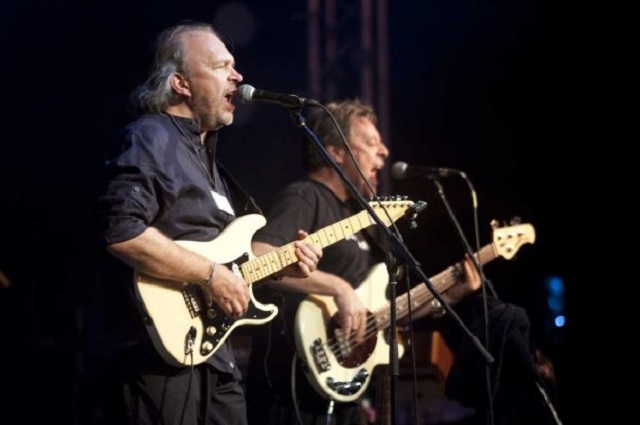 "As soon as any form of music is recorded and future musicians can learn from the recordings rather than by the aural tradition the music will undergo change."

How do you describe Robert Hokum sound and progress, what characterize your music philosophy?

Many years ago I sent a demo tape to Bruce Iglauer the founder of Alligator Records. He wrote me back a very nice letter in which he said, ‘You have talent but it confuses me’. Blues In Britain once described my music as ‘schizophrenic’ and more recently the March issue of Classic Rock Blues Magazine described my current band (Devil Drives) as being ‘forward thinking’. I play the blues, but my definition of ‘the blues’ may be a lot different to other people’s definition of ‘the blues’.

Most interesting: From a musical perspective, probably mid 1966 to mid 1967, when in the space of less than a year I saw concerts by, The Stones, Yardbirds, Ike & Tina Turner, Otis Redding, Aretha Franklin & Jimi Hendrix – that pretty much defined my tastes in music!

The best moment: maybe with Blues Sans Frontieres at the Brecon Jazz Festival in 2011. Blues Sans Frontieres features sitar player Mehboob Nadeem, award winning Jamaican Blues percussionist Sam Kelly, top session percussionist Paul Clarvis and myself on acoustic guitar and vocals – we play delta blues with raga style improvisations over African & Latin style percussion. It’s very different. We were the first band to play Brecon Cathedral as part of the Jazz Festival, it sold out and I can’t remember playing to an audience that was so transfixed by what we were doing.

Worst moment: Maybe when I actually played to two men and a dog at a pub in West London. The dog came and sat in front of the band, then got up, turned around, farted and left.

Why did you think that the British Blues music continues to generate such a devoted following? I think because there was just so much of it in the Blues Boom of the 60’s that it became like an artistic movement. For sheer volume of Blues talent that developed in such a short space of time, no country outside of USA could match it. That legacy remains.

What are some of the most memorable gigs, jams and open acts you've had? Which memory makes you smile?

For the Ealing Blues Festival, 1991 was the first year we attracted over 1000 people and it made me realize that we really had the potential for something big, I did have a smug grin on my face for the rest of the week. I do have my favourite acts that I book for the Ealing Blues Festival, but it would be un-professional of me to admit to favouritism.

In terms of meeting people with a genuine insight into the blues – Eddie Kirkland (John Lee Hooker’s road partner for many years), Dorris Henderson (a colleague of Memphis Slim, Sonny Terry and Brownie McGhee, John Lee Hooker – she was the first Afro American to come to Britain to actively seek out British Folk Music) and Chris Barber who bought Muddy Waters to Britain.

I can’t repeat it but it came from Don Crane of the Downliners Sect.

I’m on the Ivor Biggun album ‘Partners in Grime’ along with Screaming Lord Sutch, Judge Dread and Captain Sensible.

From the musical point of view what are the differences between UK and USA blues scene?

A vocalist with an American gospel background has a definite advantage and America still manages to produce the funkiest drummers.

What do you miss most nowadays from the British Blues boom? 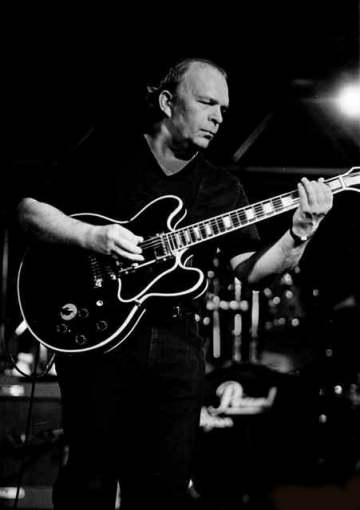 The musicians of the Brit Blues boom had their feet in the past but their heads in the future. They were just more adventurous. I do despair of the bland predictability of so many of the bands on today’s Blues circuit.

"Blues, when it is played right, is to me the most communicative of all music forms. It’s about the interaction between musician and audience."

As long as there are venues where a younger generation can be exposed to good quality ‘live’ blues music and where young blues musicians can learn their craft ‘live’, then we’re fine. The problem is the continuing closure in Britain of so many Pubs which had hosted ‘live’ music. I think that there should be tax relief for ‘live’ music in the same way as there are tax concessions for the film industry in Britain. Our big leisure organizations need a kick up the backside and educating about the value of ‘live’ music to the community.

A lot of the great blues musicians weren’t singing about personal experience but following the ‘folk’ traditions of storytelling through music, this was certainly true of Big Bill Broonzy, Leadbelly and Lonnie Johnson all of whom had songs in their repertoire about events rather than experiences. They put these songs across because they were great communicators. History has tended to ‘romanticise’ a lot of blues artists, many of whom performed the ‘pop’ music of their time as well as ‘the blues’. For example, Muddy Waters’ early repertoire included, ‘You are my sunshine’, ‘Deep in the heart of Texas’, ‘Home on The Range’ and ‘Chattanooga Choo Choo’.

What are the lines that connect the legacy of Blues with Soul and continue to Jazz and Latin music?

As soon as any form of music is recorded and future musicians can learn from the recordings rather than by the aural tradition the music will undergo change. For example, Muddy Waters record collection at the time of his discovery by Alan Lomax included discs by jazz musician Jay McShann. BB King has been quoted as saying that one of his influences was Django Rheinhardt.

I’d go back to my 15th birthday when I got my first guitar and give myself a very long lecture on music, women and alcohol and the relationship between them… 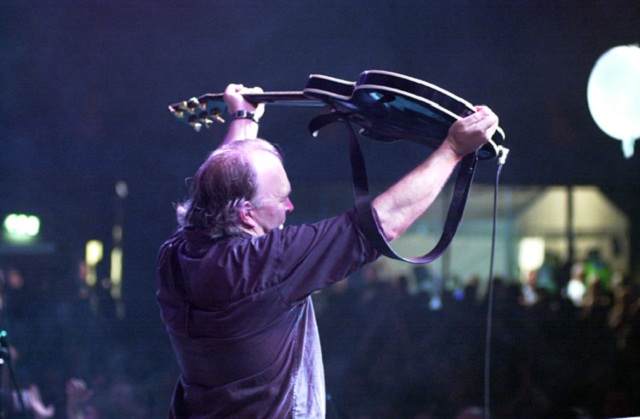