"Blues will be around forever. Blues is the basis for so much music...country, rock n roll especially. Punk is very much like the blues."

Rock ‘n’ Roll ain’t pretty and neither is Scott H. Biram. The self proclaimed ‘Dirty Old One Man Band’ successfully, and sometimes violently, lashes together blues, hillbilly and country precariously into raucous punk and godless metal. Years of non-stop touring have honed his assault to a fine edge; his wide-eyed throw downs in the First Church of Ultimate Fanaticism routinely lead giddy followers to a fiery baptism. Biram ain’t no candy-ass singer/songwriter either, sweetly strumming songs about girls with big eyes and dusty highways. HELL NO!!! His singing, yodeling, growling, leering and brash preachin’ and hollerin’ is accompanied by sloppy riffs and licks from his 1959 Gibson guitar and pounding backbeat brought forth by his amplified left foot. The remainder of this one-man band consists of an unwieldy combination of beat-up amplifiers and old microphones strung together by a tangled mess of guitar cables. 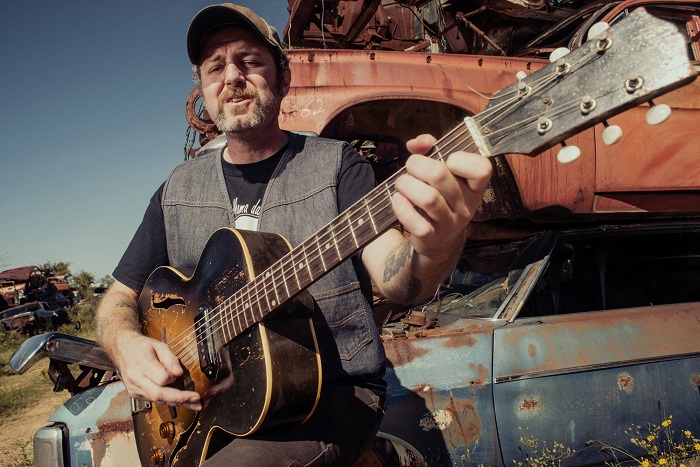 Scott H. Biram won’t die. On May 11th, 2003, one month after being hit head-on by an 18-wheeler at 75 MPH, he took the stage at The Continental Club in Austin, TX in a wheel chair – I.V. still dangling from his arm. With 2 broken legs, a broken foot, a broken arm and 1 foot less of his lower intestine, Biram unleashed his trademark musical wrath.

When Scott H. Biram took the stage at his 2004 SXSW festival showcase right after Kris Kristofferson he was quoted as growling “They said that was a hard act to follow….I’m a hard act to follow motherfuckers!!” The stunned crowd looked on. Something heavy is happening to Scott H. Biram. There he is, eyes rolling back in his head, arms outstretched, consumed with bliss, exhaustion, or guilt, being consigned to the old crimson river. In this moment, being baptized in blood might be Biram’s dark epiphany, the 11 songs of Nothin’ But Blood (2014) a conduit for an emotional fight or flight, relaying a deep personal grapple between the pure and the impure, good and bad, the beautiful dream and an ugly reality.

How do you describe Scott’s sound and progress, what characterize your music and life philosophy?

I try to keep the music in your face. I try to keep it real and dirty. I think too many people water down the blues these days and make it too "safe".

I want people to come out from listening to my music and shows thinking that they have seen the "real deal".

Being on the road and growing up in a small rural area.

I've written alot of songs about drinking, fucking, and murder too! ha! 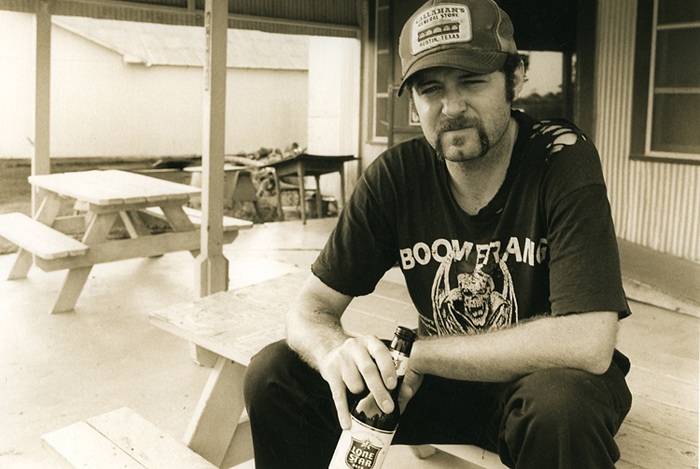 "It's too easy these days for any lazy shithead teenager to get noticed. We used to have to work alot harder to get anywhere and it weeded out the shitty ones." Photo by Liza Orozco

Every day of my life is the most interesting day of my life. I've done alot of things! Maybe it was when I was taking all that LSD back in highschool and college. ha ha!! I haven't had a worst moment in my career. I hit a wrong note when opening for Social Distortion? heh! Anytime I play a great show and feel good about it when I come off the stage is my best moment. In other words, There's too much going on in my life to really give you definite answers on those questions.

Why did you think that the Rock n’ Blues culture and music continues to generate such a devoted following?

Because it's bad ass!! Rock n Roll will never die! There are a few shitty bands out there trying to kill it though!

This hipster shit has got to go!

I used to bring The Black Diamond Heavies out on the road with me. They would play before me then we would jam at the end of my set. Those were great gigs! I remember one time I played in Hollywood and Billy Gibbons from ZZ Top showed up and hung out for a little while. That meant alot since he's a huge influence on my music. I also have to say the time when Shooter Jennings and I played on The Tonight Show with Jay Leno  was a great moment in my career. I felt like I made my mama proud that night! "I try to keep the music in your face. I try to keep it real and dirty. I think too many people water down the blues these days and make it too 'safe'." Photo by Sandy Carson

Which meetings have been the most important experiences? Which memory from Hasil Adkins makes you smile?

I kinda already answered this one in the last question but definitely that meeting with Billy Gibbons was a big one. Once I was playing with Hank 3 and CC Deville from Poison was in the front row. ha! That was funny because my first rock concert was David Lee Roth and Poison. ha! Long time ago!  I yelled "We've come full circle CC!!" ha ha!! I've also been around Roky Erickson a few times and that was cool because I'm a huge fan. He lives here in Austin. I played a few times with Hasil and it was always an honor. I told him I wished he played his song "I'm Happy" and he started singing it to me from his car seat. That was cool. We miss Hasil!

It's too easy these days for any lazy shithead teenager to get noticed. We used to have to work alot harder to get anywhere and it weeded out the shitty ones. Now all you have to do is have a website and an email address. I miss MTV too. As far as the real old days...sometimes I wish bands still had to play live on the local radio stations everywhere in order to get noticed. Radio is so formatted these days.. They just play the same shit everywhere. I'm pretty jaded about the new days.

What are the lines that connect the legacy of Blues with Rockabilly and continue to Country and Punk?

I never really considered myself very rockabilly. I think that is a shit hair show. More dress-up than music. That's not to say there aren't some good bands out there doing it. Too many rockabilly bands base their music on The Stray Cats these days instead of the real stuff from the 50's. The great stuff. Blues will be around forever. Blues is the basis for so much music...country, rock n roll especially. Punk is very much like the blues. Maybe not sonically but definitely in that it is a cry out. 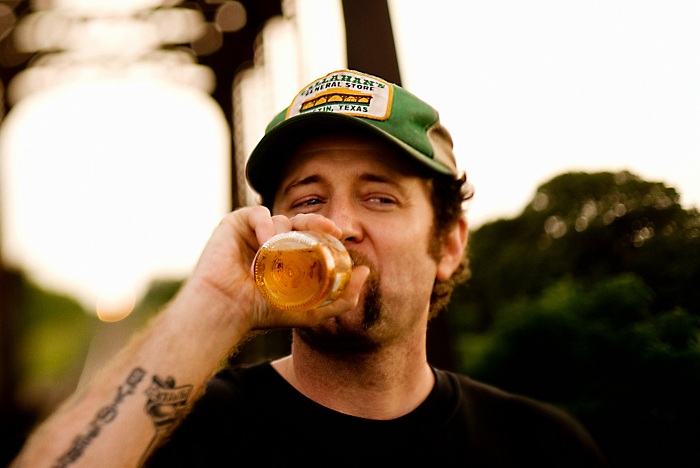 "Rock n Roll will never die! There are a few shitty bands out there trying to kill it though! This hipster shit has got to go!"

I laugh best when I'm around my old friends. I wish I could be around them more often. I had a great time being on the road with Whiskey Shivers and Larry & His Flask recently. It was good to be on the road with a crew of 14 people. It made me feel like I had a new family. I love touring with other bands.

I think I'd like to hang out with Lightnin' Hopkins for a little while. That's a tough question. I wouldn't mind going to see my grandparents when I was a kid again.

What's the legacy of Leadbelly?  If he was speaking seriously to us, what do you think he would tell us?

Leadbelly is very important, but I don't think alot of people have really got to know his music. I think when Nirvana did that cover back in the 90's that it turned a few people on to him but I don't think they looked to deeply. Leadbelly made beautiful music. His recordings are all very crude. I don't think people were ready to hear that kind of thing a few years ago, but I think minds and ears are opening up to more rustic sounds these days. Leadbelly was not just a singer/musician but a story teller. He basically shouted stories in the middle of his songs. You can learn alot about life and the old days by listening to what he had to say. I have no idea what he would tell us today! 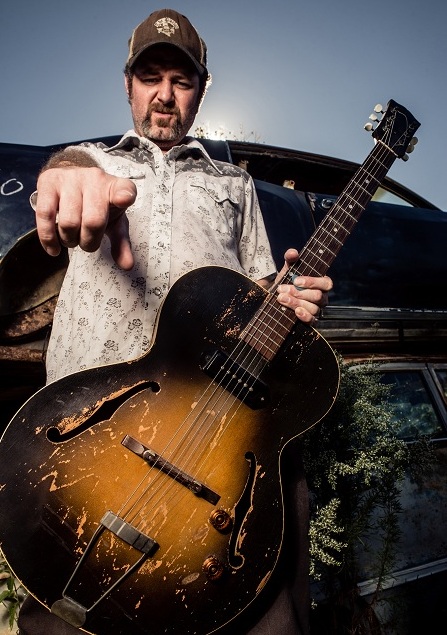 I would spend a day driving away from Sid Vicius. I don't care about him. As far as Mance Lipscomb goes.. I would just listen to what he had to say not telling him anything. I had the pleasure of seeing Doc perform several times. Once I saw him when I was 7 when his son Merle was still alive and accompanying him. I cherish those days. I would have too many questions for Doc. Mostly I would just want to talk to him casually. Not just about music. Doc was a beautiful person and it was a sad day for me when I heard he passed.

You have Bachelor of Fine Arts degree, which incident of blues history you‘d like to be captured and illustrated in a painting with you?

If there was day when Lightnin' Hopkins and Muddy Waters met, I would love to see a picture of that. I'm not sure they ever met.

I would love a painting of the time when Howlin' Wolf and Muddy Waters were burning $100 bills to see who would stop first. Those guys were crazy.

That bitch that wouldn't let me on the airplane in England because she thought I was drunk. I was just hungover really bad.

I just wanted to go home. What a bitch.