"Music is a living library. The lines of connection between genres are deeply intertwined."

Chicago-based singer-songwriter and fiddle player Anne Harris has been crafting and evolving her unique sound for over a decade, spanning four indie studio records and countless live performances. She’s also played fiddle live or in studio for numerous other artists, including blues harp master Billy Branch, breaking rockers Beware of Darkness, and occasional stints with hippie legends Jefferson Starship. But her highest profile to date has risen from her work with trance-blues innovator and multi-Blues Music Award winner, Otis Taylor, with whom she’s currently touring internationally. "Over the past several years, Harris has become an integral part of Taylor’s sound both on stage and on record, adding another element to his diverse instrumentation … and adding a visual element that takes the celebratory spirit up a couple of notches." (Blues Music Magazine) 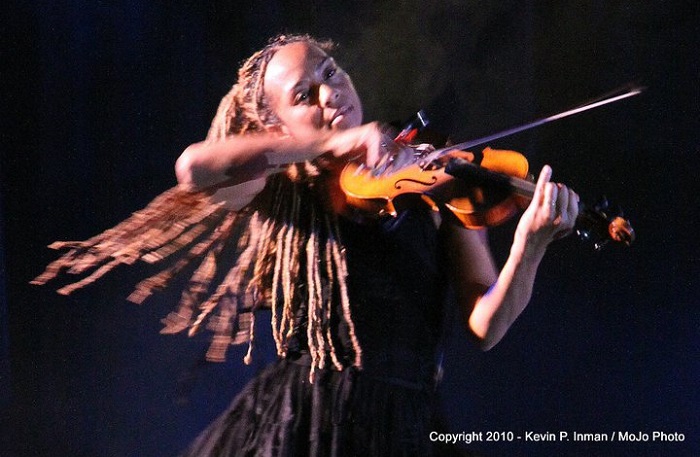 Expounds Julie Jenkins in The Golden Gate Blues Society Newsletter, "The beauty of Anne’s ability to play the violin while dancing as gracefully as a swan and as powerfully as a shaman, moved me to joyful tears. Bearing witness to her performance left me completely awestruck and mesmerized. To watch her perform is hypnotizing. It was pretty much all I could talk about for several days." Although it’s been reported that "Anne Harris plays violin like [Buddy] Guy wields his guitar," (Orange County Register) and her recognition within the Blues community notwithstanding, she is decidedly not a straight-ahead Blues player. "I’m a true hybrid; I guess I’m a true American. I’m influenced by myriad genres," Harris said. "To me, whatever particular kind of music we’re playing, whatever bin the music is supposed to fit in at the record store; it’s sort of a nebulous thing. Soul music is soul music, and that can come through a classical format, a blues format, a Celtic format, or a bluegrass format." (Blues Music Magazine) Harris is currently wrapping up her fifth studio album, featuring contributions from sacred steel guitarist, Chuck Campbell (Campbell Brothers), and New Orleans multi-instrumental virtuoso, Don Vappie. The record is slated for release soon.

The Blues for me feels like being enrolled in a spiritual university from which there is no graduation, only advancement into deeper and more truthful revelation based on one's ability and willingness to open themselves up more emotionally. The professors are the people who have lived and live the Blues- those who tell their stories thru the music, surrendering themselves to the emotional journey. The Blues isn't easy to define in words; it's more a felt music. You know it not when you hear it, but rather when you feel it. I will always be an eager student of this music. And the more I learn, the more I realize I don't know.

How do you describe Anne Harris sound and songbook? What characterize your music philosophy? It's very difficult to talk about one's own sound. We don't see or hear ourselves the way the rest of the world does. My background in music is pretty diverse. I began studying classical music as a young girl, but growing up I was exposed to a wide variety of music because of my parent's diverse and eclectic musical tastes, and their record collection which reflected that. I've always listened to a wide variety of music. I think if I were to define my sound it would be an amalgamation of all the music I've been inspired by as seen thru the lens of my personal journey.

My music philosophy is very simple; stay present in the moment, see the bigger musical picture and your place within it, be honest, connect emotionally, take risks, never stop learning, be open to inspiration because it can find you in the most unlikely places when you least expect it, and always find the joy and try to spread it.

I don't know if I can name a single all-time best jam, but some memorable ones that come to mind are at Telluride Brews and Blues Festival with Booker T. joining us, North Sea Jazz in Rotterdam with Derek Trucks, when Buddy Guy spontaneously joined us onstage at his club in Chicago, and once in a remote mountain hotel in Italy in the late hours of the night with the late great Michael Burks. This would be the only time I would ever hear him play an acoustic guitar.

Some of the memorable gigs have been all of the aforementioned ones, of course. Additionally playing an outdoor festival in the Italian Alps at Gompm Alm. Sines, Portugal at an old castle on hill above the sea. Starry Dom, a small barn in the countryside in Poland. The Portland Waterfront Blues Fest, in Oregon, US. The Legendary Blues Cruises we've played. And New Morning in Paris. There are many more but these came to mind first. 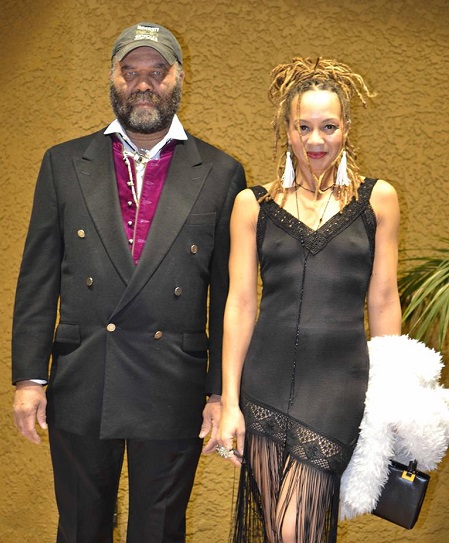 Meeting Buddy Guy, Mavis Staples, Michael Burks, John Cephas and Phil Wiggans, The Carolina Chocolate Drops, Billy Branch, The Campbell Brothers, and Koko Taylor were all amazing encounters. I think that the best advice ever given to me was to just stay true to myself.

"That all gifted musicians who are committed to their craft would get the financial, emotional, and cultural support they so deserve." (Photo: Anne & Otis Taylor)

I remember playing a festival with Otis Taylor in Canada several summers back, and it had begun lightly raining but then the sun broke thru rather unexpectedly and a brilliant rainbow appeared and thousands of people were just dancing in the rain and singing along. It was truly magical.

I guess I would have say that I mostly miss the voices of the artists that have passed and are no longer with us to share their gifts with the world.

My hopes for the future are that we help to foster the next generation of young artists with the support they so need and deserve.

What are the lines that connect the legacy of Blues/Folk with Classical and continue to Jazz and Roots music?

All music is connected. There are certainly varied genres and expressions, but at the heart of it all, music is a living, breathing entity that feeds off of the experiences of the people who channel it and it will always grow and morph as it reflects those individual stories. Music is a living library. The lines of connection between genres are deeply intertwined. 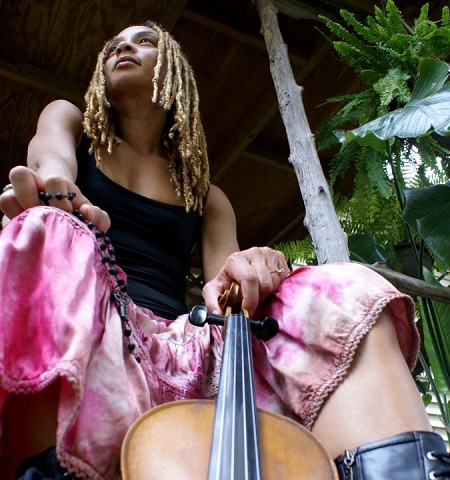 That all gifted musicians who are committed to their craft would get the financial, emotional, and cultural support they so deserve.

"The Blues isn't easy to define in words, it's more a felt music. You know it not when you hear it, but rather when you feel it. I will always be an eager student of this music. And the more I learn, the more I realize I don't know."

I played the Grammy Festival at Sea recently and after my show a woman threw her bra at me. That made me laugh for sure.

At a recent festival a gifted young guitar player by the name of Brandon Niederauer sat in with us and blew the roof off the house with his heart-felt, virtuosic playing. Seeing someone so young embody his instrument in this way was a deeply emotional experience for me.

Being a woman in a mostly male dominated field doesn't bother me. I just feel very strongly that it makes me more of a role model for young girls, and for young boys for that matter. I want them to see that women have a very important place in the expression of music. That our perspectives are unique and compelling and important. And I do believe that the female presence is strong and growing stronger.

I think I would want to go to the Woodstock Music Festival and see Jimi Hendrix perform. Do I really need to explain why?! Hahaha!! 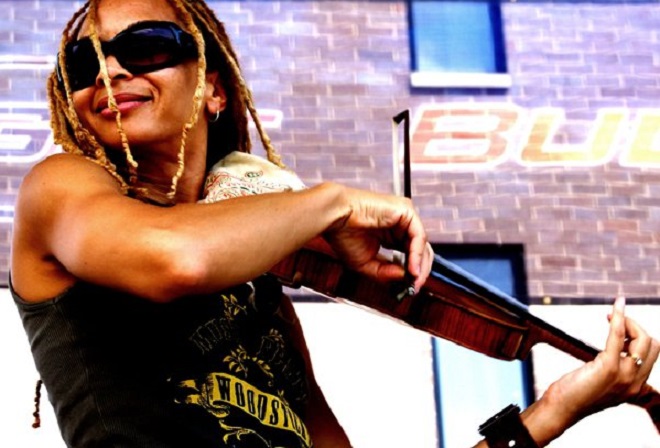