"The Blues and the African American music tree with all of its branches, has, since I was young, been my favorite musical language."

Clas Yngström: 'Scuse Me While I Kiss the Sky

Sky High was formed in 1978 by Clas Yngström as a quartet, but lost its organ player early on and remained a core trio, sometimes augmented with additional members for live or studio performances. In the beginning, the lyrics was Swedish language with the music drawing on Sixties influences. Sky High originals were intermixed with cover versions of tunes by The Jimi Hendrix Experience, The Who and the Kinks. The band went on to record their first album in Swedish, featuring a cover version of the Hendrix classic "I Don't Live Today" with translated lyrics. 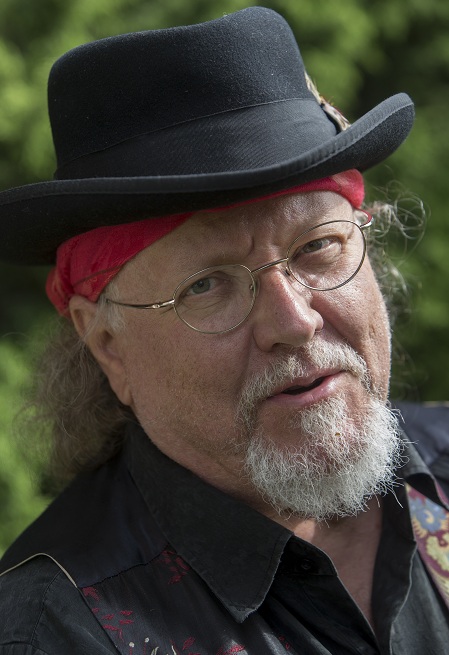 Clas Yngström became a proficient Hendrix interpreter, and has played many Hendrix memorials ever since their debut in Amsterdam 1980, where they literally stole the show, prompting the Experience's drummer Mitch Mitchell to leap on stage to jam and play drums behind Yngström - a momentous event for Sky High. In September 1981, Sky High went back to the studio, and recorded their second album, their first in English language. The album "Still Rockin" was produced by Lou Stonebridge, known for his work with The Blues Band, and completed in London with John "Irish" Earl and Dick Hanson (The Climax Blues Band). In 1983 Clas left Gothenburg to return to his backwoods in Borlänge, Northern Sweden. For a while Yngström considered running a guitar workshop and putting Sky High on hold for a while, but abandoned this activity as the band got signed and went to the studio to record the follow up "Freezin' Hot".

In the early nineties the band was invited to India for a series of concerts and the group started a cultural exchange program with the Ecuador band ”Los Chigualeros”, with which Sky High did a series of concerts both in Ecuador and finally, at Festival in Sweden. Pete Brown, lyricist for Cream, produced the album "Fat Guitar" (1996) in New Jersey. Mary Wilson, of The Supremes, was invited to do duets with Clas as was the legendary horn section Uptown Horns and saxophone master Dick Heckstall-Smith. A big-band format was the next thing for Clas, produced the album "Purple Haze" (1998) and "Tribute to Jimi Hendrix" (2003). In March 2001 the band played a smoking set at legendary Antone’s club in Texas together with some of the best artists in the blues-rock field.

The Blues and the African American music tree with all of its branches, has, since I was young, been my favorite musical language. It has been speaking to my soul since the late 50's, when I heard my first Little Richard record.

How do you describe Clas Yngström sound and songbook? What characterize your music philosophy?

My music is pretty much based on what I grew up on - the sound of the late sixties, early seventies.

I don't believe in perfect, but rather in expressing thoughts and moods in my music. They are too many to mention, my whole life has been about meetings – I have been in bands from the early sixties. But if should mention a few important ones, I would have to say my meetings with Albert King, Chuck Berry and Albert Collins have been significant.

"That music would not be judged by its packaging, but rather by its quality!"

Terje Rypdal, Norwegian guitarist/ composer, gave me the advice to finish each composition, before evaluating – that has saved me many sleepless nights AND also given me a bunch of songs – I have written around 250, since the mid 70's.

Oohh, I have soo many… let's see… One funny is when I, at our first meeting, grabbed a hold of Billy Gibbons (of ZZ Top) long beard, thinking it was fake, and pulling it really hard… we became friends after that and ZZ helped us in getting a break with a professionally made rock video that aired on MTV and Music Box in the mid 80's.

I think everything was more magic, back in the day... BUT, on the other hand... everything is available today when it comes to styles and playing. I don't believe that the average interest in, for instant, blues oriented rock has decreased – the interest in music has never been bigger than today!

Why did you think that the Jimi Hendrix music continues to generate such a devoted following?

It's ART, and good art never goes out of fashion or becomes dated - the man was an originator who created great music with his own person - Jimi's music is timeless!! 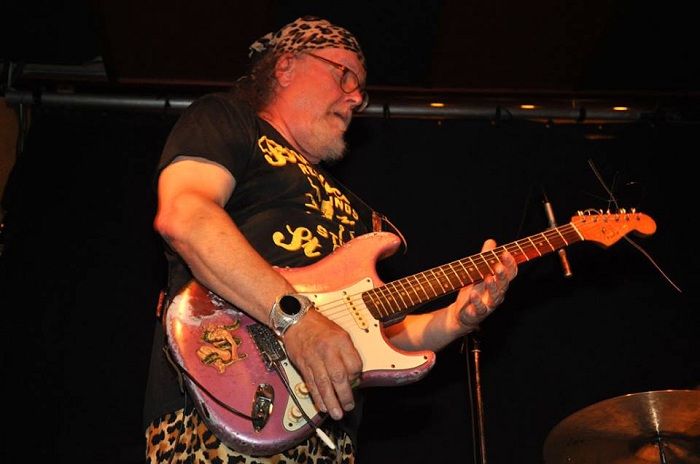 "I think everything was more magic, back in the day... BUT, on the other hand... everything is available today when it comes to styles and playing. I don´t believe that the average interest in, for instant, blues oriented rock has decreased - the interest in music has never been bigger than today!"

Which memories from Dick Heckstall-Smith and Mitch Mitchell makes you smile?

Dick Hecktall Smith was an absolute gentleman and a genuine musician and artist of his own... when I recorded “Fat Guitar” in New Jersey in the summer of -96 I was fortunate to work with his genius... one day I also got the well merited “Uptown Horns” in the studio... and I could sense a bit of friction.. What would come out of this meeting between the Nestor of British blues saxophone and these superslick NYC dudes...  I left the alone in the studio with an arrangement I had made and when I came back Dick had clearly taken the leader seat – Uptown Horns bowing in respect… MAGIC moment!!

I met with both Mitch Mitchell AND Noel Redding in Amsterdam late 1980. We all were there to take part in a celebration festival at Paradiso in memory of their late great leader. I found both Noel & Mitch very friendly and had quite a few golden moments with the – one at a time – at where all the musicians hung out, in the basement below the club.  As I sat strumming my guitar all by myself I was approached by Mitch who came at me with a smile. I was playing a composition by John Coltrane and Mitch asked me if I wanted to play the song on stage with him! After SKY HIGH´s set, of Jimi stuff, Mitchel jumped on the drum riser and shouted: “Hey, you fuckin´ Jimi! Let´s play some jazz!!” and… we did and the whole audience booed!! We ended up doing a slow blues in the trading of Voodoo Chile, a new composition called “Rainbow Child” that Sky High had just recorded for our first album… and the audience cheered!!

Make an account of the case of the blues rock in Sweden. Which is the most interesting period in local scene? 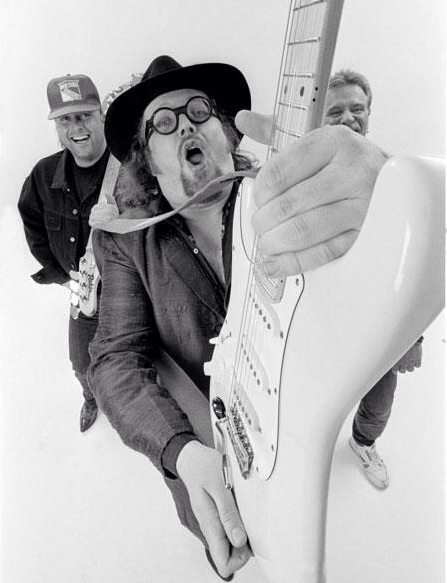 When it comes to Blues Rock, I would say it was at its peak in the early/mid eighties!

The best bands, as I see it, were: “The Boogie Kings” and “Blues Bag” I later produced an album by Blues Bag, with Swedish lyrics. Boogie Kings/Blues Bag legacy lives on in the blues rock band Moosters, that feature members from both bands - check them out!

"My music is pretty much based on what I grew up on - the sound of the late sixties, early seventies."

What are the lines that connect the legacy of Blues Rock from States and UK to Scandinavia?

Clapton, Green and Beck were the big guys from UK, Mike Bloomfield and Butterfield Blues Band and Canned Heat got our engines running and, of course above all, Jimi Hendrix! Both Jimi, Fleetwood Mac and Cream played several live concerts in Scandinavia at the time, thus inspiring a fleet of becoming blues-rockers! Led Zeppelin actually played their first gigs over here as The New Yardbirds...

There has always been a lot of great music and musicians in the area, Dalarna, where I live. I have had many, many fantastic moments over the years attending concerts with local fellow musicians.

That music would not be judged by its packaging, but rather by its quality!

I wouldn't mind to go back to Jimi's performance at Monterey, in June 1967 – that would be my choice!!