Interview with Texas based Granvil Poynter, a rockin retro musician carries the sound of 50s to nowadays

"I miss the real blues musicians that did their own thing even if they played a cover, I would like to see more artist’s with an original sound, everyone kind of fits into the record company 'box' and sound a lot alike."

Granvil Poynter has a unique blues /rock sound, like a undiscovered 50’s bluesman transported to present day and corrupted with modern rock and blues, the real deal, blues with a twist. Granvil learned his craft in the roadhouses of his native Arkansas, and by continuously honing his skills in the bars and juke joints of the Lone Star State. 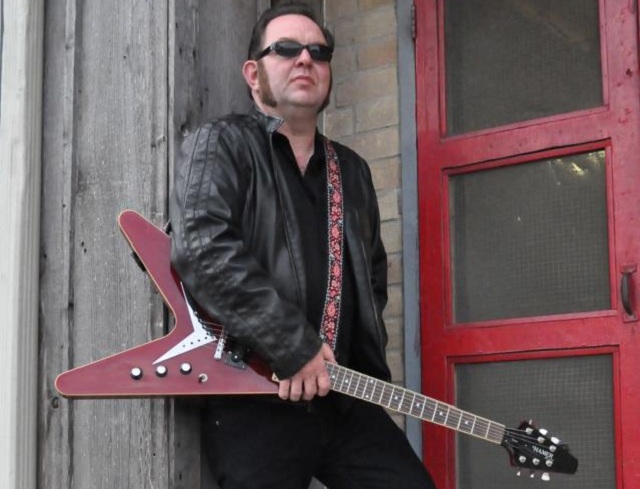 His gateway to the blues was the incredible work of popular artists Eric Clapton and Stevie Ray Vaughan, and once he got a taste oft of this he dug deeper and discovered the marvel of the old school masters, including (among others) Muddy Waters, Albert King, and John Lee Hooker. Granvil has worked hard over the past three decades and relentlessly keeps at the trade, gigging around the San Antonio / Austin area of Texas with his four-piece group and never losing contact with fans of the genre. Granvil plays venues and festivals in San Antonio, Austin and across the United States. Poynter’s relesed his debut CD, "Another Day Singing the Blues".

I learn to just keep on keeping on, blues has always been my favorite music and I feel it’s like a release from all the troubles and worries  in the world, It’s not a sad thing it’s a joyful thing, It frees people from their ordinary troubles for a few hours, That’s what want people to feel with my music.

I have always had a good feel for the blues, you either have it in you or you don’t. Everyone has experiences in life’s ups and downs that would make a good song, but you have to keep your ears open to it.

How do you describe Granvil Poynter sound and progress, what characterize your music philosophy? I think I have a good blues sound, that’s a little retro sounding. I play hard and just try to be myself, that’s when I sound best!

"Blues is a living history of its players, they are all connected by the blues."

The last 5 years being with my wonderful wife Sylvia and playing with my great band. The best moment was my CD release party. I been lucky to have mostly positive experiences in my musical life, so I can’t really remember a worst moment

Why did you think that the Texas Blues music continues to generate such a devoted following?

I think a lot of Texas musicians play with an edge and passion (they play a little harder) and people respond to that, when you play with heart the audience can feel it!

We had a great time with the backup singers on the album (Valerie Fernandez and Andrea Sanderson), they had us cracking up ,and we had a really good vibe going in the studio, Lots of fun!

What are some of the most memorable gigs and jamms you've had? Which memory makes you smile?

Playing at the Gunter Hotel (where Robert Johnson recorded) with Buddy Guy standing across the street checking us out before his show at The Majestic Theater in San Antonio, That was pretty cool!

I met Billy Gibbons from ZZ Top  in a little blues bar on the east side of San Antonio about ten years ago, very nice guy, It was neat to talk with a legend, My uncle gave me the best advice talking about playing guitar solos “ if you’re going to  f*#k up , F*%K up big!!” 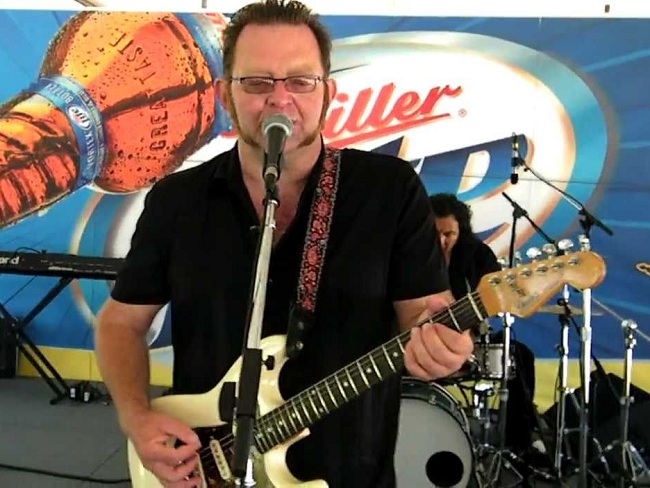 "I have always had a good feel for the blues, you either have it in you or you don’t. Everyone has experiences in life’s ups and downs that would make a good song, but you have to keep your ears open to it."

From the musical point of view what are the differences between: San Antonio and the other local scenes in US?

San Antonio has a wealth of great musicians, but could use more live fans at shows, but the ones that come out are true music fans!!! San Antonio just has its own vibe.

I miss the real blues musicians that did their own thing even if they played a cover, I would like to see more artist’s with an original sound, everyone kind of fits into the record company “box” and sound a lot alike.

What are the lines that connect the legacy of Muddy, 4 Kings, and Bo Diddley with Doyle Bramhall Sr. and SRV?

The more you do something the easier it gets, so yes, but it’s still hard to find that magic song, A Blues dream would be to do an album with Buddy Guy and the Black Keys, I think that would be mind blowing!! Happiness is playing with a great band!! Yes I do, but it’s getting harder to find, but I think the young people will pick it up again.

"San Antonio has a wealth of great musicians, but could use more live fans at shows, but the ones that come out are true music fans! San Antonio just has its own vibe."

Not sure, maybe my uncle giving me guitar lessons when I was a teen ager

The Fillmore when Albert King recorded “Blues Power” It would be interesting to see all the stuff behind the scenes and the show. Albert King and the band had the perfect groove goin’.