Q & A with British veteran bassman Andy Pyle: Real Blues will always be there

In the spring of 1962, while still at school and with no musical background, Andy bought his first bass after volunteering to play with The Spectres on their imminent debut performance. Over the next four years, Andy played with several local groups including Johnny Starr & The Midnights and Yenson's Trolls whose line-up included Mick Abrahams and Clive Bunker. In 1966, Mick, Clive and Andy moved to Manchester where Andy joined The Victor Brox Blues Train and his two former band mates joined The Toggery Five. 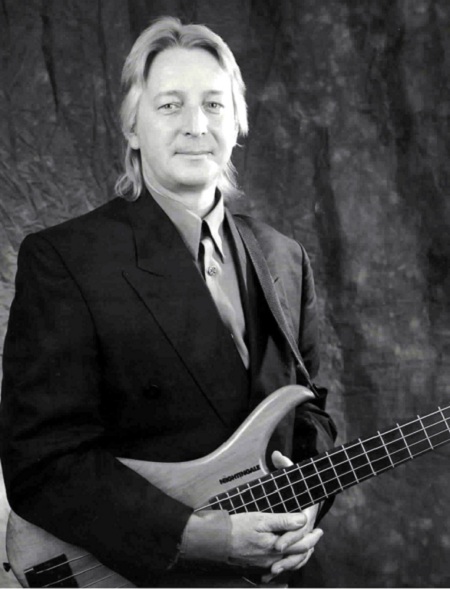 Within a year however, they were back together in Luton and in McGregors Engine along with Peter Fensome who took over on bass in 1968 when Andy joined The Wages of Sin. Mick Abrahams left Jethro Tull towards the end of 1968 and formed Blodwyn Pig with Andy, Ron Berg and Jack Lancaster. During the seventies Andy appeared on a number of albums as a session musician. He also toured and recorded with Savoy Brown, Juicy Lucy, Alvin Lee, The Sutherland Brothers and The Kinks. Touring continued in the 1980's with The Gary Moore Band, Chicken Shack and Wishbone Ash. Andy then played on a series of short tours, one off gigs and recording sessions with friends old and new before returning to Gary Moore in 1989 to record the album 'Still Got The Blues'. They toured as The Midnight Blues Band and worked with Stones, Otis Rush, Buddy Guy, Jimmie Rodgers, Albert King, Albert Collins and B.B. King.

In 1991, during a lull in the Gary Moore schedule, Andy embarked on another tour with Wishbone Ash recording the album 'Live In Chigaco'. Then it was back to Gary for the 'Blues Alive' tour and album featuring Albert Collins, a video with B.B. King and a pair of concerts at Royal Albert Hall with George Harrison. Andy Pyle's new Band is THE ROLLBAND is studio based and plays Roll Music. Photo by David Moffitt

How do you describe Andy Pyle sound and progress, what characterize your music philosophy?

I like the bass to be simple and straightforward. The same applies to the music as a whole.

Now is the most interesting. 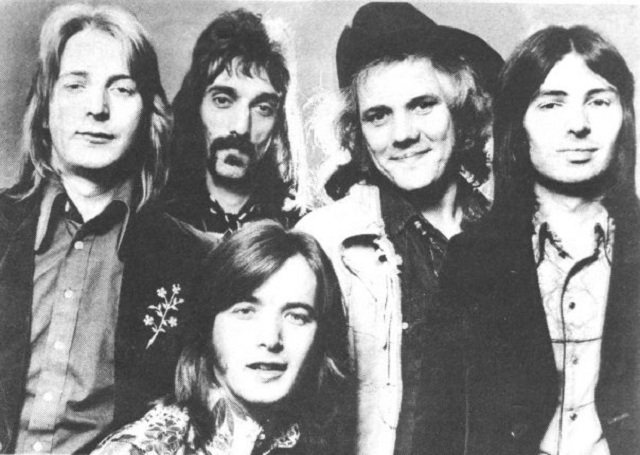 "There's part of the music industry that has nothing to do with 'Showbiz'. It wasn't always like that. Real Blues will always be there." (Photo: Savoy Brown)

Are there any memories from Gary Moore, Blodwyn Pig, Savoy Brown and Chicken Shack which you’d like to share with us?

Lots of funny things, far too many to recall.

That could be the one with Taj Mahal. Playing with B.B. King and George Harrison is not easy to forget.

Meeting and playing with the Blues Men. Best advice is to keep it simple.

I don't miss anything. Music is full of hope and knows no fear.

Just thinking of these people makes me smile.

From the musical point of view what are the differences between British and USA Blues Rock scene at the 60s? 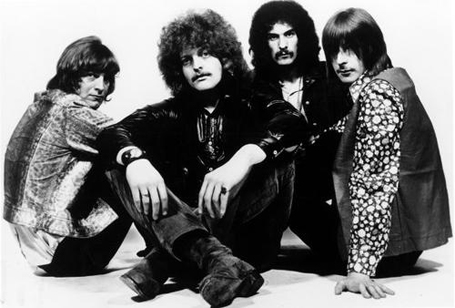 We were trying to play like them but it came out different.

It was the counter-balance to the Beatle phenomenon.

You are also known of your work with the family project The RollBand. Would you tell a little bit about that?

Modern technology is enabling us to do everything at home; we are in the early stages of putting an album together.

What do you learn about yourself from and Blues music and what does the Blues mean to you?

Keeping it simple is the most difficult thing to do and applies to anything and everything.

How has the music industry changed over the years? Do you believe in the existence of real Blues nowadays?

There's part of the music industry that has nothing to do with 'Showbiz'. It wasn't always like that. Real Blues will always be there.