Interview with the Blues Overdrive, a Danish band with respect for tradition and contemporary twist feeling

"The blues means a lot. It’s much more than music. It’s a philosophy a way of life, a way to handle challenges in life."

The Blues Overdrive is regarded as one most exciting and fastest rising acts on the European blues scene right now. Receiving raving reviews from major music publications from over the world. The band play a modern and updated style of blues. The key elements are respect for tradition, but playing it with a contemporary twist. In April 2012 the band released their highly acclaimed debut album containing a previously unknown and unpublished gem by roots and blues cult-icon J.J. Cale.  A song from his golden area in the early seventies. 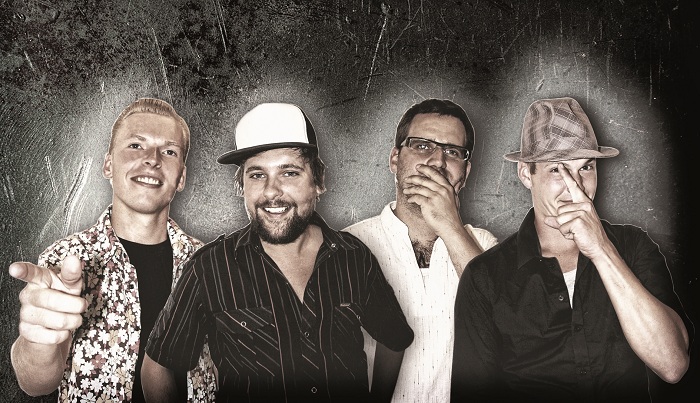 The album also offers a tribute to the late godfather of Danish blues Peter Thorup, as well as nine self-composed songs. However this is not the only award the band has received. Back in 2003 The Blues Overdrive established themselves by winning the prestigious 25 year Anniversary Blues Competition at the legendary scandinavian bluesmecca, Mojo Blues Bar in Copenhagen. The praise included national media headlines like "The new shooting stars on the Danish blues scene" and "The best and most promising blues band in the country".

What do you learn about yourself from the blues and what does the blues mean to you?
Martin: The blues means a lot. It’s much more than music. It’s a philosophy a way of life, a way to handle challenges in life.

Thomas: Everything! I Love the diversity of the  genre. When I play: I love the way I can make a simple thing complex, twist things around and build a suspense for example.

How do you describe The Blues Overdrive sound and progress? What characterize The Blues Overdrive’s philosophy?
Martin:  What we try to do, is to play the music with reference to the roots. But in a contemporary setting. Way too often blues artists become replicas of their heroes and doesn’t add much to it. We love the sound and productions of greats like Otis Rush, The Aces, Tiny Grimes and T-Bone Walker, but these records were all done in a different timeframe. There is so much to take from these artists, but it wouldn’t make too much sense to try to sound like some from sixty years back in 2013. 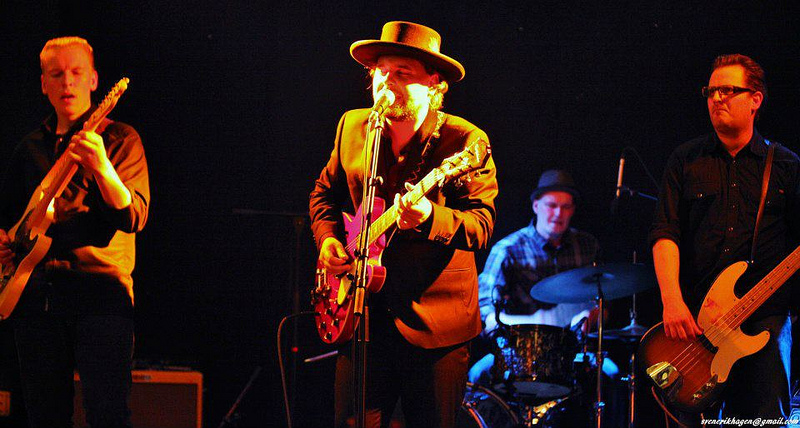 Talking with Peter, was great. He always told us young guys, hanging around the backstage areas “the most important parts of the music, is the space. The notes that you don’t play!”

Martin: The simplicity. The blues is all about feel, expression and storytelling. That’s a pretty honest and unique concept in the world of showbiz these days. These ingredients will hopefully always be relevant.

Do you remember anything funny from recording and show time with the band?

Martin: Hehe yeah, we were doing an overdub session for a song for our next album (which will be out in 2014). Brother Thomas Birck, who is our bassplayer, was about to start the dubbing on his upright, and all of a sudden it broke right before the take.  Thomas did mention that he doubted that it would work, since it had become so ragged from too much roadwork, so but coincidence I recorded it on video, so I can actually show it to you. We broke down crying of laughter and needless to say we never got any overdubs done that night !

Martin:  We play a lot of great gigs. We had a special night in Kongsvinger in Norway last may. A night I will remember for a long time. Playing at the huge Augusti Bluus Festival at Estonia, this year was also a blast. For jams, we did the Copenhagen Blues Festival jam a few years back which was really fun and we did a special new years gig at Copenhagen’s Mojo Blues Bar with our great friend Morten Lunn, from the amazing “The Fried Okra Band”. That was a really good night as well.
Thomas: A special evening at our rehearsal room with The Blues Overdrive. Olsen stroke a chord and a rhythm, and we just went along from there.. When we finished we all knew that something truly amazing just happened.. I don´t think we even got to tune our guitars first, it just kind of happened.. We got it on tape luckily..

Best gig: there is a few, but one that comes to mind is  was when I lived in Chicago, I played a gig with some local south side folks in a hip northside club. We played our asses off, and were offered a record deal the day after. The same day I had to go back to Denmark... 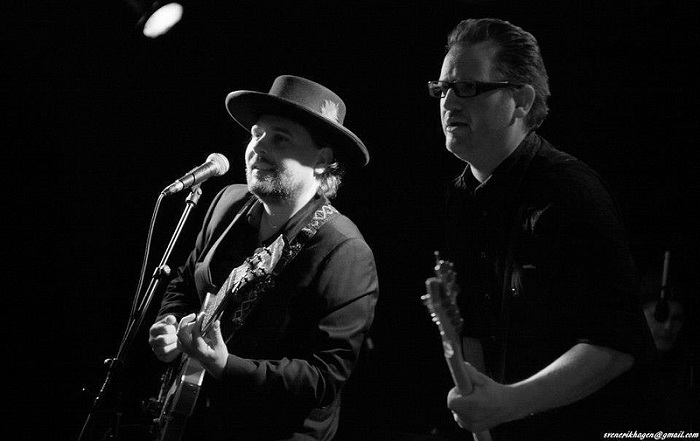 "The blues is all about feel, expression and storytelling. That’s a pretty honest and unique concept in the world of showbiz these days. These ingredients will hopefully always be relevant."

Martin:  That would have to be the late Peter Thorup. Peter was a pioneer. The first Danish blues and rock musician that you couldn’t tell was from Denmark. Peter toured extensively in the US and US in the 70ies with Alexis Korner.

Are there any memories from the late Peter Thorup which you’d like to share with us?
Martin: Oh, theres a lot. I used to watch as many concerts with Peter as I could, when he did his comeback in the late 90ies and early 2000’s. He always brought something unexpected. Not new songs, but more in tearms of approach and storytelling. It kept it fresh and I never got bored watching him play. I got to know him a bit towards the end, which I am happy about. I also learned a lot from him musically and performance wise.

Martin: Talking with Peter, was great. He always told us young guys, hanging around the backstage areas “the most important parts of the music, is the space. The notes that you don’t play!”.  I meet Jimmie Vaughan shortly in Hamburg last year. That was pretty cool too.
Thomas: When I was introduced to KING KING by The Red Devils. My life was never the same after that.
Best advice: "Just play music" -Frank Zappa... "Danish blues artists are really great so I think it’s important that the artist try to stick tighter instead of seeing everybody as competition."

Martin: Well, theres a lot of good things in music nowadays and a few bad things as well. One of the things I miss from the past is the dedication to the music you went out and bought. If I look back at my parents generation, and my own before the internet, Spotify, Youtube etc. People might only own 40-50 records and they would hear them until they got worn out. I couldn’t tell you how much I have listened to the same 10-15 records of my youth. Compared to how a lot of people use music now, when it all is available via the internet. I think this has caused too much of a flicker mentality. People don’t invest time in music. They just go – “Oh I don’t like this” listening 30 second to 3-4 songs of an album, and then conclude from that.  A lot of the best music I have heard required atleast 20-30 listens before I fully realized what I got. On the other hand I think its given guys like us the opportunity to hear a lot of old stuff, which the older generation of blues players didn’t have access to. They all had kind of the same 5-10 musical references.

Make an account of the case of the blues in Denmark. Which is the most interesting period in local blues scene?
Martin: Hard to say. It’s always evolving. We have lots of great younger musicians on the scene at the moment. There seem to be an artistic boom bigger than ever before.

What mistake of local scene you want to correct? What are your dreams for the blues in Denmark?

Martin:  Not much. I think there’s a lot of people doing a great job for the music in Denmark. Danish blues artists are really great so I think it’s important that the artist try to stick tighter instead of seeing everybody as competition. I’d like the blues music to get more mainstream recognition than it does now. When we travel to other countries to play there seem to be much more respect and a much bigger audience than at home. 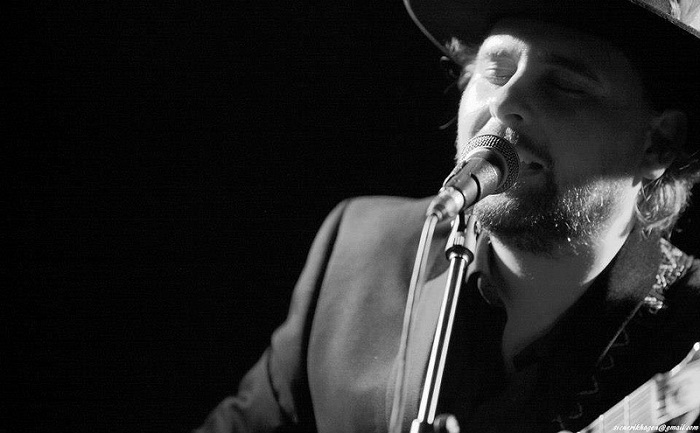