Interview with The Kingsize Boogiemen, a Czech blues band that plays the blues with their own style

"The Blues music and music in general makes people happy and join them."

The Kingsize Boogiemen play legendary songs even the less well known ones. You can hear songs from bluesmen as Muddy Waters, Willie Dixon, Smokey Wilson, Rod Piazza, Billy Branch and many others. However, their effort is to play these songs on their own style, not just to blindly copy the originals. 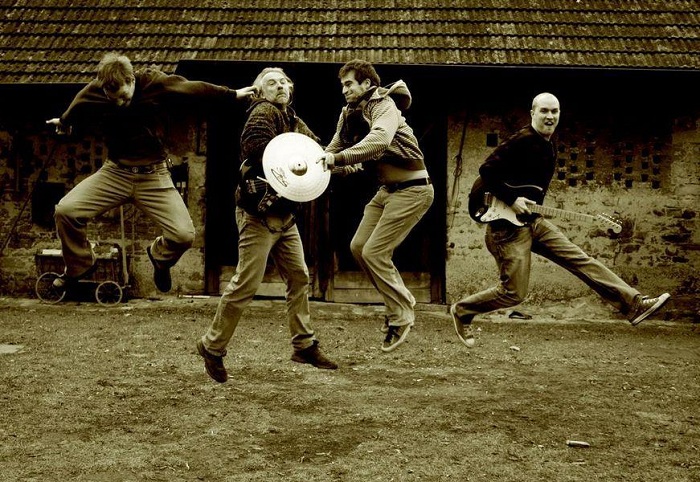 The band's repertoire consists of slow blues song, as same as the pieces in fast or faster tempo. František Javůrek´s play on resophonic guitar liven up the concerts and changes the band sound according to the specific sound of this instrument.

In May 2012 the band released their second CD with the unusual name of "Patník komu patník" (Czech play on words in meaning of idiomatic "Hit and Miss"). František talks about the band, local scene and his experienes in blues paths.

Well I guess it was around my 17th birthday when I´ve heard Stevie Ray Vaughan´s  So excited“.  Guess who was my first blues idol?

I was maybe 9years old and  It was one czech local band called Lucie and I remember I didnt like it at all ...First song I´ve learned? Oh man I dont remember…It was probably some Nirvana song.

Completely! Got no money, woman and time...Always on the road... 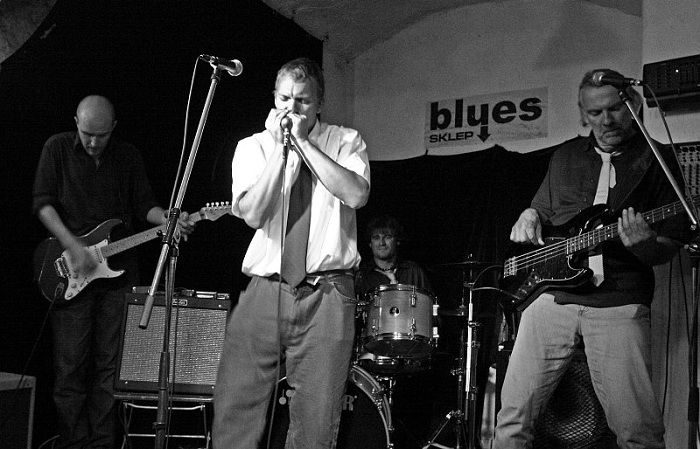 The best one actually happened couple weeks ago when The Kingsize Boogiemen rocked the house in Warszaw, Poland. Audience was great! We sold many CDs, made new friends, had BIG fun! The worst one? When I broke my friend´s Gibson SG from ´60´. They said it was an accident which is actually true. Fortunately the guitar was quickly repaired. Thanks god cos I was kinda depressed.

Tell me about the beginning of the Kingsize Boogiemen. How did you get together and where did it start?

It has started 5 years ago when we´ve met on some crazy jam session in Prague. The Kingsize Boogiemen were looking for a new guitar player. I was such a poor homeless those days so they bought me couple beers…so you can imagine how it all began…

What characterize the sound of the band?

Sound of the band is made by all of us and that energy we have.

Cool band name. How did you come up with it?

You should ask our harp player about name. I think „The Kingsize Boogiemen“ is one of James Harman´s songs. 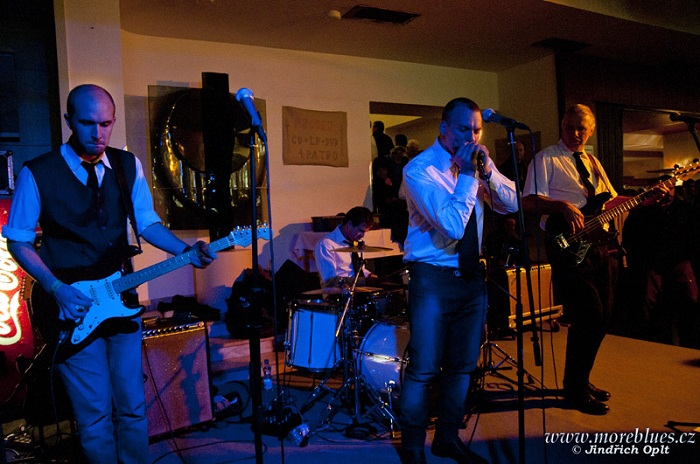 Do you have any amusing tales to tell of your gigs at local bars with the Boogiemen?

There are plenty of them but they are not publishable… Well here is one short story: We were going outta city to play on some blues festival which was on the outskirts of Prague and we were looking forward to kick the ass that night. BUT - after we arrived at the place our harp player realized he had no harps to play on… Fortunately there was one guy who also played harmonica and superseded our harp player who were sitting at the bar and drinking beer all night long.

What’s on your pedal board? What’s your main guitar right now?

Fender stratocaster 1987, made in Japan, bought in CA, Resophonic guitar made by Amistar company.

Here is the thing - I'm not a big fan of blues standarts like Hoochie Koochie Man, Rock me etc. I mean of course I know them and play them but everybody plays them. I like unknown stuff and bands because they keep blues alive for their own songs not for blues standarts  which have been played for milion times by milion bluesbands you know. For example Stevie Seasick, Cadillac Kings, James Hunter are kinda guys  who I am talking about.

The Blues for me means big fun, friendship, life attitude, that feeling which every bluesman knows and of course ridicule of the other bluesmen who are standing at the bar and watching your silly show. The Blues has offered me nothing yet. 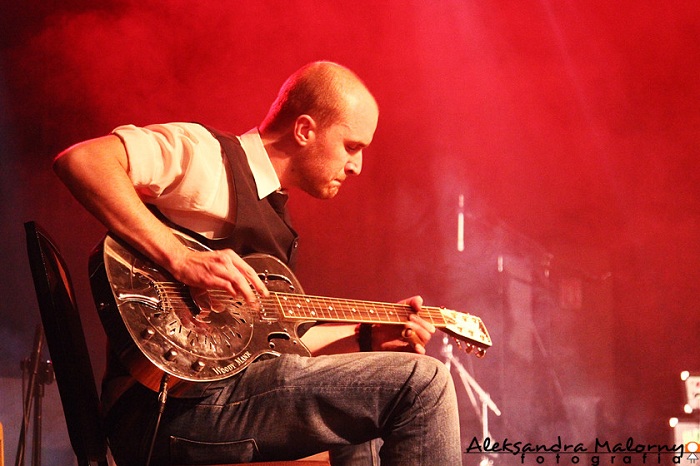 Blues booze and rock´n´roll - thats why I lost all of my memories.

Do you have any amusing tales to tell from your shows in Europe?

There is always big fun when we are on the road and play in Europe. You´d better come to see us live we´ll tell you some interesting stories.

Man I dont know maybe for its soul and feeling. Maybe just because The Blues music and music in general makes people happy and join them. Wish for the BLUES? – Keep on livin´! 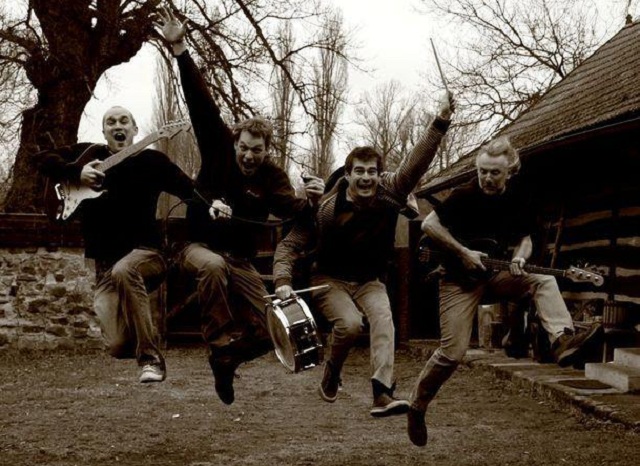 It´s pretty simple - we wanna play and have fun as long as we can. Message for Greek fans? If you guys like The Blues then we are friends and you can make some gigs for The Kingsize Boogiemen in your country then you bet we are gonna mess around. We say big HI to Greek fans!

When it all began for the blues in Czech? What characterizes the sound of local blues scene?

Here in Czech rep we used to have communist leadership for 50 years which means everything was censored and most blues artist couldn’t play at all because The Blues music was an “evil” music from the west... that’s why Blues here is still like a little kid. I mean here is bunch of great blues musicians but here is something what still missing... I don’t know how to explain. Hard to characterize the sound of local bands its very individual. Time to come and taste!

What is the current state of the live music scene in Czech where you live?

Its good! Here is a lot of bands and festivals and radio shows. But to be honest - people here prefer mainstream music which is played in most radios.  And as you know The Blues is not mainstream these days.

How was your relationship with the other local blues bands? 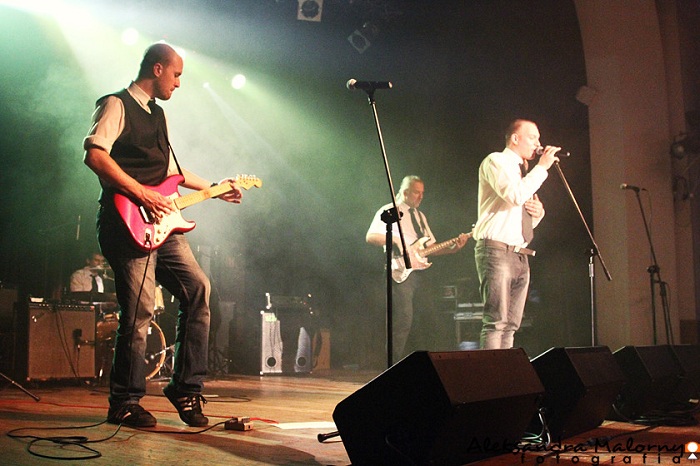