Interview with the surreal band of Opera Chaotique, a crossover cabaret with Jazz, Rock, & African beats

"You know that those kinds of music (Blues & Jazz) related with experiences of people in the States, it's not just some music, its history, it has flesh and soul, and it’s the life and veins of too many people."

Opera Chaotique: The Phantom has Humor

In the middle of the 19th Century, in a dark haunted theater in the center of Paris, Tenorman performed the Phantom of the Opera and Voodoo Drummer played percussion in the orchestra. The show was a failure!! So then, George Tziouvaras (aka Tenorman) and Chris Koutsogiannis (aka Voodoo Drummer) they created OPERA CHAOTIQUE and formed a unique show that is more than extraordinary, a Crossover Cabaret combining multiples genres of music, such as Opera, Jazz, Alternative Rock, African Rhythms, Musicals along with prototype compositions, all mixed with narration of stories, dark or comical & improvisations. At 2012 they published their debut album: "Death of the Phantom of the Opera". How started the thought of Opera Chaotique? How did you choose the name of project and nicknames?

Chris: We meet for coffee but end up rehearsing. Voodoo Drummer is for my passion of the New Orleans Voodoo history.

What experiences have triggered Opera the ideas of Chaotique for songs and stories most frequently?

How do you describe your sound and progress, what characterize Opera Chaotique philosophy? 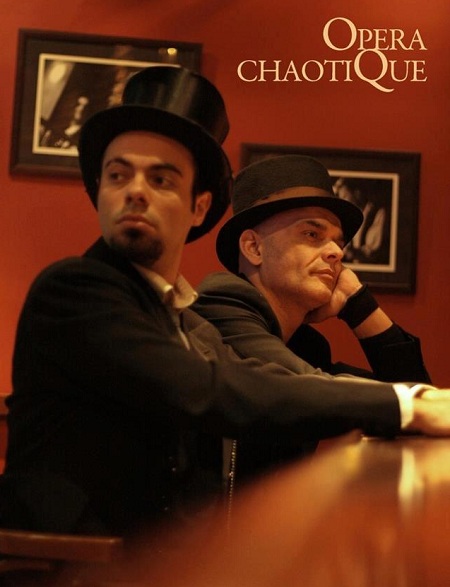 George: Our sound is formed by too many kinds of music like Opera, Jazz, Punk Rock, Alternative etc. ad our philosophy contains a great sense of Humor.

"Blues is a feeling so when you put it to all the others you have something unique!!!"

Chris: There must be something special, deep & true to it that can touch people’s hearts.

George: You know that those kinds of music related with experiences of people in the States, it's not just some music, its history, it has flesh and soul, and it’s the life and veins of too many people.

Chris: Jamming with a Tom Waits authentic 70s record!!! Even I enjoy the clubs of New Orleans, playing in Royal Street & Jackson Square was a thrill!!!

George: In Berlin and London we had some great gigs, also every time in Faust Athens and in the city of Larisa.

Chris: With my late grandmother (not the prostitute, the other one) She was full of advices…

George: When I met my inner self!! We argued a lot but somehow we managed to find a way to get along. The worse meeting was with Voodoo Drummer, if only I could've known how all this could end up, ooh the fate!!

Are there any memories from Delores Scott, Angela Brown, Louisiana Red, and Bob Brozman which you’d like to share with us?

Chris: Delores it’s such a sweet and sensitive artist that only with her I understand the genre SOUL music.

The late Bob Brozman was so kind telling such compliments, seem excited make me realized that the passion comes from inside!!!  Mr. Red was like a little boy who loves to play the blues after the recording session too. I can’t forget how he hold my hand, like he was my father (R.I.P.) Mrs. Angela Brown is a Blues Diva and that’s something!!! 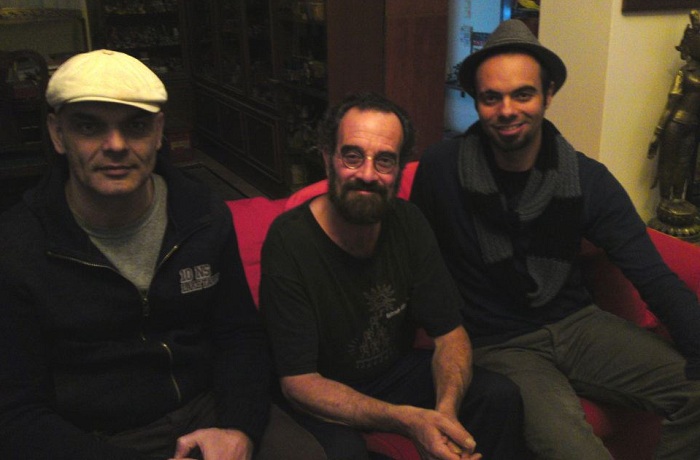 "Our sound is formed by too many kinds of music like Opera, Jazz, Punk Rock, Alternative etc. ad our philosophy contains a great sense of Humor." (Photo: George and Chris with Bob Brozman)

Are there any memories from Morricone, Angela Brown, Louisiana Red, and Bob Brozman, which you’d like to share with us?

George: With Morricone it was a magical experience, I was very sorry than Bob Brozman passed away  he was so kind and helpful with us, I have the best memories, also Louisiana Red (RIP).With Angela Brown we had an amazing jam one night in our concert.

From the musical point of view what are the differences between the Greek and the other European scenes?

Chris: There’s a lot. For example abroad you don’t feel that you beggin for a gig….

George: Every European scene has its character, as you go the north Europe for example you see more Gothic and metal, more classical music and musicals, but Pop rules everywhere and especially the stupid music, stupid untalented singers with heartless melodies, not only in Greece.

Chris: That something that can touch me. Hope that at least will take a look at the past.

George: I miss when I was a young boy (even so I am still young) and felt the magic all over my body by something new I was finding out, immersing into the depths of classical music, Pink Floyd and Louis Armstrong, it was a powerful feeling and it is very rare to feel it as you grow up. I have no hopes or fears for the future of the music, it is just flowing, it is an industry now, but there are thousands of true artists that love what they do, so it will all work just fine.

Which memory from your performs with musicians in Havana, New Orleans, Rio De Janeiro and Benin makes you smile? Chris: Performing in a funeral at Porto Novo (Benin) was a real experience. Playing percussion with a dozen local drummers and a horn section while relatives & neighbors dancing.  It was so powerful & loud that I can't hold my breath!!!

"The worse meeting was with Voodoo Drummer, if only I could've known how all this could end up, ooh the fate!!"

What are the lines that connect the legacy of Blues with Cabaret and continue to Jazz, Opera, Alt Rock and African music?

Chris: Blues is a feeling so when you put it to all the others you have something unique!!!

George: The lines are united by each person and differs in all people minds, the important thing is to keep the respectability for this music and then try to make something original.

George: To De Sade I would say to get away from me, hoho, you know!! To Bukowski I would like to give him the songs we made on his poems, as for Kurt Weil it would be a pleasure if we made a song together, or if I could sing some of his songs by his direction.

Chris: In New Orleans for sure!!!

George: I would like to go to a mountain by the sea, sleep, make love to a tender woman and sleep again. Then make love again and then eat something. Don't think of anything, you known relax. But that's tomorrow, because the day after that I have concerts, doesn't bother me at all!! 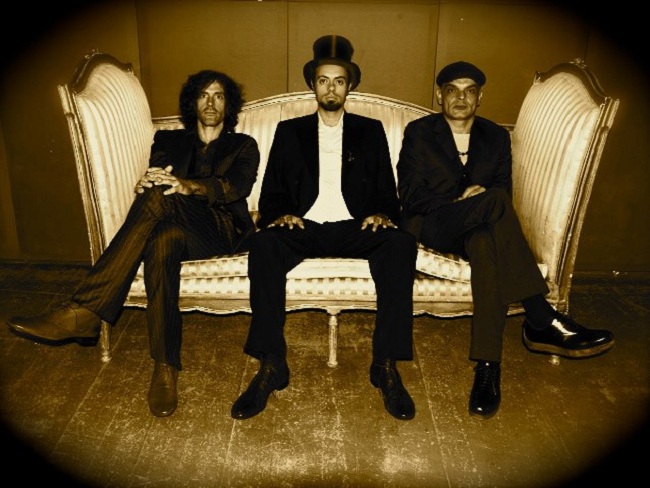