"Sometimes you gotta Live The Blues to Play The Blues...."

Andy Watts: The Tone of Soul

Andy Watts is an Israeli blues guitarist. Andy is member of Foreign Angels a hard working Blues-Rock band performing all over Israel and backing up many leading Israeli Blues artists. Angels are Andy on guitar, Moshe Yankovsky on vocals - drums, Niv Hovav on keys and Ilan Hillel on Bass.
Also is guitarist of The Blues Rebels, a true Blues "Supergroup" - four musicians, from different bands, coming together for the pure pleasure of burning up the stage with a smokin' set of hip-shaking, heart-breaking, earthquaking Blues! When was the first time you felt the need to play the blues and what does the Blues mean to you?

Sometimes you gotta Live The Blues to Play The Blues....

My first encounter with the Blues was through The Radio at age 12 and the music appealed to me right away as it pulled me in ...The Blues is a great artform that lets you building a bridge between your soul and the fretboard....

What do you learn about yourself from the blues and what experiences in your life make you a GOOD BLUESMAN?

The Blues let you express yourself fully as it gives a lot of space for improvisation and you can let yourself go ...The Blues also makes you Humble as the more you play and progress you realize how much more there is to it and many more doors waiting to be opened....I have been fortunate to play with a lot of great Blues Cats that have shown that patience is important  and not spilling all the Beans right away is the  way to keep things in Focus...So yes I guess one of my trademarks is not to be afraid to play minimalistic at times...and listen to your fellow musicians, it’s all about Dynamics.

How do you describe Andy Watts sound and progress, what characterize your music philosophy? 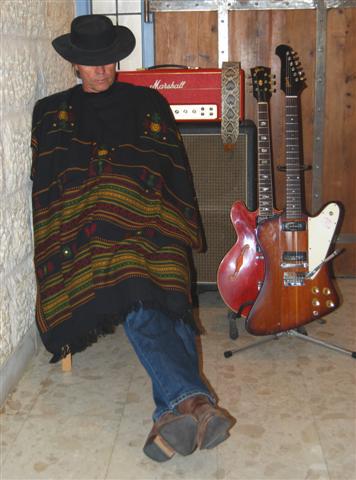 Sound and your tone is your Soul & Signature, compromise with your wife and friends but never with your Sound....I always walk the extra mile to get the my tone, to inspire my playing. Great Tone gives you the freedom to play easy not running up and down the fretboard where a way to distorted sound drowns out the message...

"The Blues is a great artform that lets you building a bridge between your soul and the fretboard..."

Blues is timeless....And you are maturing with The Blues as B.B. King once said you start getting the Drift of the blues when you pass the age of 60....I think the younger audience can identify with the blues as it offers more depth and cultural alternative to a 3-4 min hit on the Radio.

My best and worst time is always now....I always keep on playing that’s what keep things together.

Tell me about the beginning of the Blues Rebels. How did you choose the name and where did it start?

The Blues Rebels was formed as some sort of Super Group in Israel with the top of local musicians getting together and performing all over, we also perform with some of the top names in the world of Blues. I guess as a Blues man you are always rebelling against something so we figured that The Blues Rebels was great name... 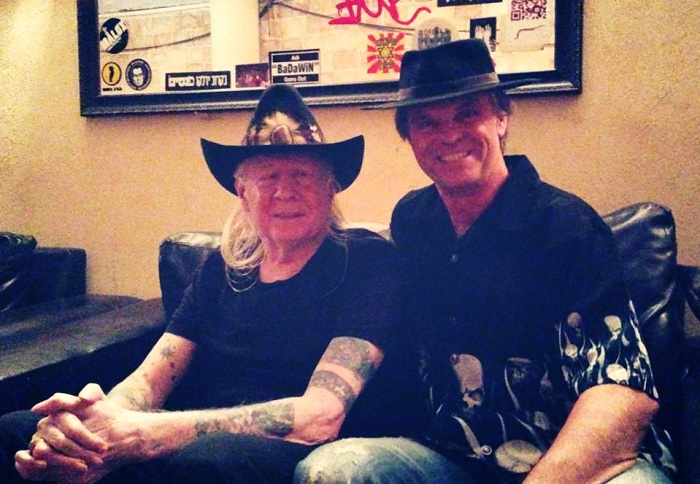 "I think the younger audience can identify with the blues as it offers more depth and cultural alternative to a 3-4 min hit on the Radio."

Hanging out with Johnny Winter backstage an afternoon before our Show was a great privilege, especially as he blessed my old Les Paul with some serious Mojo playing the real Mississippi stuff....All of the Top Blues Cats I have performed with left an impact and it’s been a blessing to play the Blues with them....

Walking in The Old City Of Jerusalem with Lucky Peterson before our Jerusalem Show, watching him getting in to the middle east groove of bargaining at the Old City Market....We had a tremendous time together that day  and the Late Night Show was Smokin....

In the past things were less complicated if you could not perform or play good enough you did not go up on stage to rip the audience off ....the reality shows have created some false confidence in people....some guys are up on the stage today that should not be there.

But as Internet have somehow killed the record business the reality shows are pushing things in a diff direction and the main stay today are Live Shows. 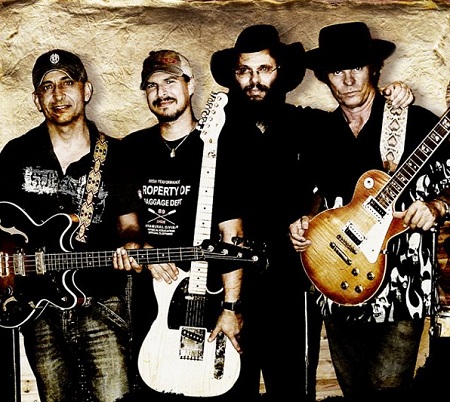 The Blues Scene in Israel is in a creative mood and stage at the moment more Clubs are opening and more International artists are coming here to perform so Yes that’s great....But still quite a small scene if you compare to Europe making hard for many Blues Musicians to give up their day time job....I hope that the Blues Boom will get enough people out to see live shows so that the Pros can make a decent Living.

As a Bluesman I am always searching for the ultimate tone and what to say with it, in the great company of fellow Musicians.