"The Memphis sound continues to generate fans today because it is authentic. It is original. It is a combination of blues, folk and gospel and comes from the tribulations of African Americans through the years. People feel the real deal when they hear it."

Born in Memphis, Tennessee, Vaneese is the daughter of Rufus Thomas, whose legendary career as a musician and entertainer began in Vaudeville and spanned more than half a century in rhythm-and-blues recording and radio. Her older siblings are the hit recording artist “Memphis Queen” Carla Thomas and the highly respected keyboardist Marvell Thomas. Embracing this remarkable musical legacy, Vaneese carries forward the rich heritage of Memphis soul and R&B, a music that has touched several generations and crossed many divides. At the same time she has combined all the influences of her background and experience – R&B, gospel, blues, and jazz – to cultivate a soul-stirring style that’s all her own. Highly regarded within the music industry, Vaneese’s talents as a singer, songwriter, producer, and actor have made her a sought-after solo performer as well as a first-call vocalist for projects by other top-name artists. She has worked with the renowned recording producer Phil Ramone and has sung with an astonishing array of internationally known performers including Luciano Pavarotti, Sting, Stevie Wonder, Michael Jackson, Celine Dion, Eric Clapton, and numerous others. 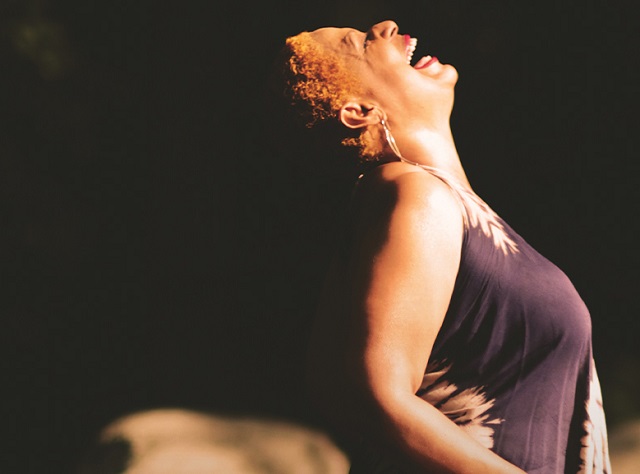 Geffen Records released Vaneese’s first major recording in 1987. The self-titled album included the Top Ten R&B hit “Let’s Talk it Over.” In 1999 Vaneese used her own Peaceful Waters Music label to release “When My Back’s Against The Wall”. Following a few years later was A Woman’s Love, which combined R&B and silky, smooth-jazz vocals. Vaneese’s album project “Soul Sister Vol. One” was a collection of seminal soul classics. In addition to concerts and recordings, Vaneese has worked extensively in film and television. She has also produced recordings, created vocal arrangements, and written songs for Patti Austin, Freddie Jackson, Bob James, Larry Coryell, Melba Moore, and Diana Ross. She helped found the Swarthmore College Gospel Choir and continues to direct the Alumni Gospel Choir. Soulsville scion Vaneese Thomas returns to her southern roots for an album of impeccably produced songs of tender mercy, tragic heartache, and joyous celebration. She once again gathered together a group of good friends and collaborators to record the basic tracks of “Down Yonder” (2019) at Peaceful Waters Studios in New York with her longtime partner Wayne Warnecke.

What do you learn about yourself from the Blues and Soul people? What does "Memphis Soul/Blues scene"" mean to you?

The Memphis music scene shaped me as a musician. I learned to love country, blues, rockabilly, gospel and rhythm and blues. I learned to appreciate all styles and they helped inform me as a piano player and a singer. The community has embraced me since I began my blues career and I carry on my family's music legacy with pride.

How do you describe Vaneese Thomas sound and songbook? What characterize your music philosophy?

Vaneese’s sound is rootsy and gospely. She has sung all genres of music. Listen to her album “A Woman’s Love” and you’ll hear a different side of her.

Most interesting period in live was growing up in Memphis and watching music develop at Stax Records. I’ve had many highlights in my career. One is performing with Aretha Franklin and another is performing with Luciano Pavarotti. 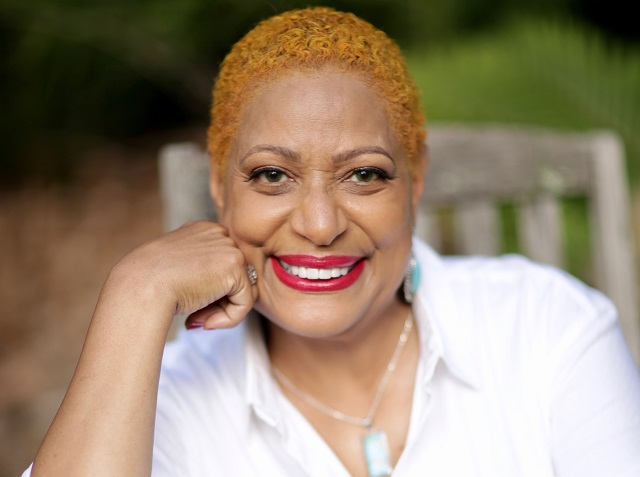 "I miss real instruments. There is a lot of synthesized music (strings, horns, drum machines) that pervades today’s R and B. I’d like to see new music created by using real instruments." (Photo: Vaneese Thomas)

How do you describe "Down Yonder” songbook and sound? What has made you laugh from album's studio sessions?

The Down Yonder songbook is really diverse in styles of blues but compelling as thematic entity, i.e., all the meaning of the lyrics are rooted in the blues experience, love lost, tragedy, racial discrimination, etc.

I've learned camaraderie. I've gained great friends and colleagues as I've traveled the music circuit. I've also learned cooperation. Folks have been so generous to me and I've tried to return the favor.

Are there any memories from your performs with Aretha Franklin and Luciano Pavarotti which you’d like to share with us?

I have great memories from performing with both these artists. My performances in Modena with Pavarotti were gratifying because they were for children of war. It helped support lots of kids from war zones. Also, every great singer wanted to perform with the maestro so I got to meet many famous artists. His interpretations of soul songs are priceless! Especially "This is a Man's world" with James Brown.

My most precious memories with Aretha are the personal ones backstage sitting with her while she was getting her makeup done or hair styled. Just chatting. Also, in the studio with her as she gave us background advice. She was a master!

Why did you think that the Memphis soul and R&B music continues to generate such a devoted following?

The Memphis sound continues to generate fans today because it is authentic. It is original. It is a combination of blues, folk and gospel and comes from the tribulations of African Americans through the years. People feel the real deal when they hear it. 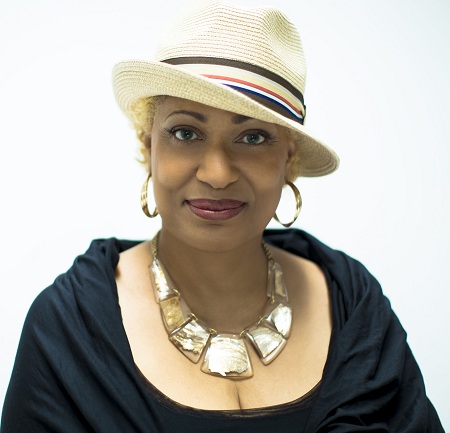 Some of the most memorable gigs I’ve ever had have been with Rob Mathes and the band that plays for the Songwriter Hall of Fame. They showcase songwriters and their incredible creations over the years. It’s an honor to be with such talented writers and musicians.

"Most interesting period in live was growing up in Memphis and watching music develop at Stax Records." (Photo: Vaneese Thomas)

The best advice I’ve ever been given is to pay your taxes!

Rufus Thomas (daddy) was a wonderful father and entertainer. I enjoyed watching his interactions with people. He genuinely liked people. That’s one of the reasons that there is a park named for him in Porretta, Italy.

I’d like to see artists (musicians, songwriters, poets, etc.) benefit most financially from the ownership of their art, not other people.

Which memories from Stevie Wonder and Eric Clapton makes you smile?

Recording with Eric Clapton on “Journeyman” was a wonderful opportunity to see him at his best. He was relaxed and we talked about Derek and The Dominoes, a previous group he was in because I knew Bobby Whitlock. This re-laxed side of him makes me smile. I sang with Stevie Wonder 2 years ago at The White House and hearing him ask the President if he could do his song once more makes me smile. Of course, there was no need to do it again because we thought it was perfect but Stevie is a perfectionist! 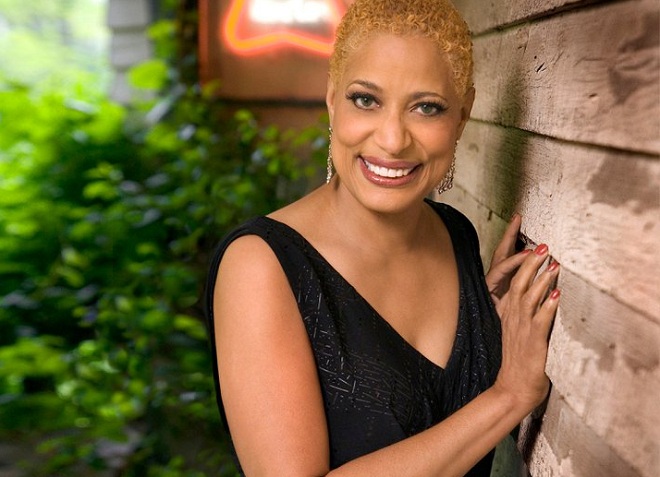 "I've learned camaraderie. I've gained great friends and colleagues as I've traveled the music circuit. I've also learned cooperation. Folks have been so generous to me and I've tried to return the favor."

What are the lines that connect the legacy of Blues with Soul and continue to Jazz, Gospel and R&B?

I don’t want to give a history lesson on the progression of American music but I will say that the root of all American music comes from Africa. Spirituals to blues/gospel, jazz and then R and B, Rock and Roll and Soul traces the history of Africans and their descendants. Reggae and Brazilian music and many other types of music trace the African diaspora.

What does to be a female artist in a “Man's World” as James Brown says? What is the status of women in Soul/Blues?

The current status of women in R and B and Soul is varied. There are great producers and writers and singers in the industry today but it’s still hard doing business for yourself in a “man’s world.” There are some promoters, publishers and record company executives who won’t do business without a man involved. So, unfortunately, a woman fares better when a man represents her.

Blues and soul music gave the world a view of African American culture and mores. This music changed the world of music entirely. Without it there would be no rock and roll or rock music in general.

The blues lexicon influenced the dominant American culture's language and every other part of their culture. I can hope that this view into the African American culture has opened minds and hearts and helped tolerance.

Do you consider the Soul Blues a specific music genre and artistic movement or do you think it’s a state of mind? 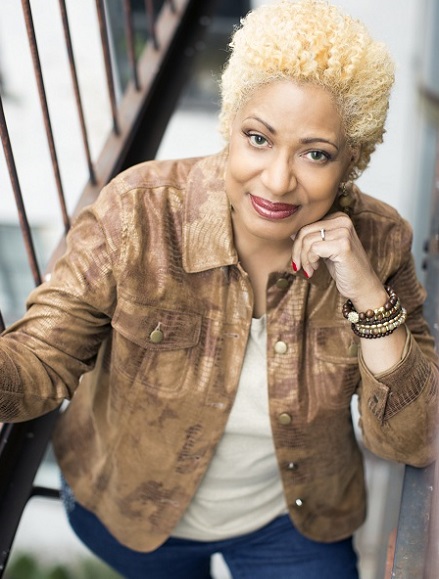 I believe that it is a melding of blues and soul that started in the late 50s and continued to evolve in the 60s. I also believe that the blues is still evolving and I believe my album is an example of where this genre can go.

"The Memphis music scene shaped me as a musician. I learned to love country, blues, rockabilly, gospel and rhythm and blues. I learned to appreciate all styles and they helped inform me as a piano player and a singer. The community has embraced me since I began my blues career and I carry on my family's music legacy with pride." (Photo: Vaneese Thomas)

How has the Southern Roots music influenced your views of the world and the journeys you’ve taken?

Roots music reflects the southern world I grew up in. So I already knew the world reflected in the lyrics of songs and the styles represented by blues folks, esp. Delta blues.

I’d like to be in the audience of an early Duke Ellington, Count Basie or Ella Fitzgerald dance. I’d like to jam with greats! My aunt got to do that and I’m envious.