"If music is a universal language then blues music can speak volumes about compassion."

It was a dark and bitterly cold winter morning when Eddy Gartry came into this World. The first born of eight children, raised in the impoverished outreaches of industrial North East Britain. Where furnace flames malevolently kissed acid rain clouds, to the continuing hammering of newly forged steel and where the very first railways snaked their coal-fired way into England's best forgotten regions. Here, insecticides, pharmaceuticals, warships and bombs were developed. Eddy's growing development included a mad passion for the blues and an escape plan. Decades later, he's bringing them directly to your door. Armed with a guitar, an amp and a voice to disturb the dead. Some say he was the result of alien insemination. Others, the re-incarnation of a World War II minesweeper. 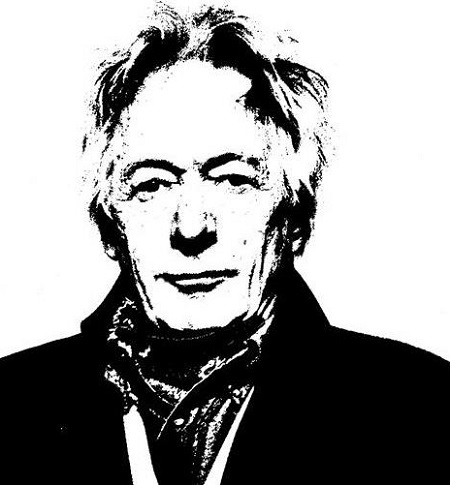 No one knows for sure. What we do know is that Eddy is a unique blues player. He has served decades long apprenticeship, fronting many bands and is a fully armed musical artist, displaying his craft with talent and passion. He has worked with the great and the good in the pantheon of blues artists in the UK and abroad. Supporting the Muddy Waters Group and Hubert Sumlin from Howling Wolf's band, Peter Green, The Pretty things and the Gladiators. He's Played and performed with Tony McPhee, Wilko Johnson, Gypie Mayo, Dr. Hook, Dr. Feelgood, Gary Potter, Mitch Ryder, The Yardbirds, Chris Farlowe, Wishbone Ash and many more. Eddy 'oddsox' Gartry has toured Europe regularly with his powerhouse band 'Blues State UK' where every gig is rewarded with an enthusiastic audience and requests to play more. He's been from Taiwan to the Oman and been heard from Argentina to Australia.

When at home, he mostly spends his days in the recording studio, producing and performing on a string of bluesy cd's, both for Blues State UK and others. Last seen in the tall hills of the Welsh countryside, performing solo with a steel guitar and howling out his latest composition - 'I'm so miserable without you- it's almost like having you here.' As usual, the locals were dancing and singing along, some blissfully unaware of the full moon illuminating the premises outside...

Blues music has been a constant teacher to me throughout most of my life; it's my source of inspiration and a simple route to my inner self. It's not just about guitar playing, singing and performance technique; it's also about communication, fraternity and understanding one's self and each other. If music is a universal language then blues music can speak volumes about compassion. This is why blues music means such a lot to me. My learning continues as long as I do...

How do you describe Eddy Gartry sound and songbook? What characterize your music philosophy? 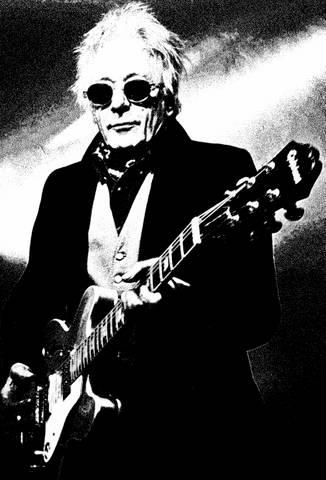 My own guitar sound is clean, through a valve amp, mostly without effects. I rarely use a plectrum and most of my amp settings are usually at 12 o'clock. Primarily, rhythm pervades my musical philosophy. The groove is king and tantamount to my enjoyment. The songs are soaked in rhythm and blues. Some people love to dance, others prefer to contemplate and many admire musical dexterity or lyrical content. I hope my songbook can encourage any of these passions. It's also very important for me, and the band, to mean what we say.

"I don't miss the blues of the past, thanks to the internet."

What's been your experience from the Middle East to the Far East and from Europe to South America?

Blues music is a global mediator and an ambassador for humanity. Every country has its own blues music. People the World over respond to injustice and suffering. I've played blues wherever I've been and discovered that it's more popular than I ever thought possible.

I could toss a coin. One time with the Doctor Hook band, in Holland, all of them blues fans. The other, in a small English pub to an audience of about 25 people, with Tony McPhee [Groundhogs] and Gypie Mayo, [Doctor Feelgood] both master blues performers. Saying that, some of the most memorable gigs have not necessarily been the most prestigious. Sometimes, playing at home or in a small bar with friends has been just as exciting as playing with illustrious virtuosi. Saying that, I suppose supporting the Muddy Waters band takes some beating.

Meeting Pete Townsend at his home and discovering what a kind, genuine and friendly man he is, despite his fame, wealth and the trappings that go with it. Also meeting Gary Potter, (jazz guitarist) and recognizing just how versatile one man can actually be on an acoustic guitar. The same thing can be said for Bob Brozman, the astonishing slide maestro. There's a whole lot more to learn from men like these. Once, I followed a large team of performance drummers around in Africa. Armed with a talking drum, I experienced life, for a short while, as they did. These guys knew how to make a foreign student feel at home. They also know how to 'feel' the rhythm and play from the heart. I sincerely hope it rubbed off on me. The best advice came from a close friend, and fellow musician, Philip Daly. (r.i.p) He said, 'Playing music is easy, compared to being a Zen monk. Meditate on that, if you can't be bothered to practice.' 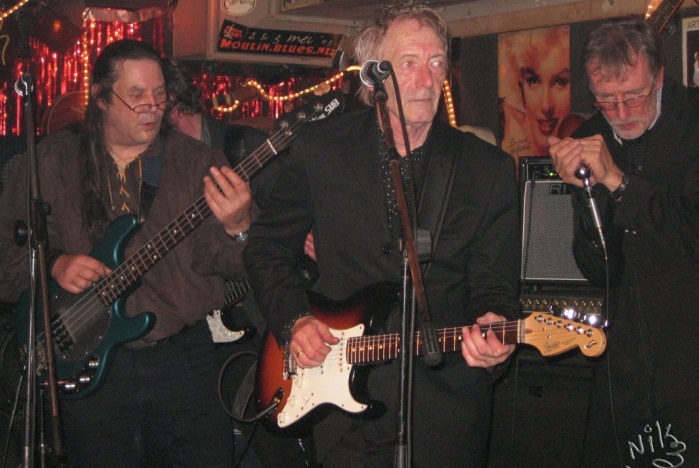 "Primarily, rhythm pervades my musical philosophy. The groove is king and tantamount to my enjoyment. The songs are soaked in rhythm and blues." (Photo: Eddy with Rob Venables on harmonica & Nik Walker on bass, in Maloe Melo, Amsterdam, the Netherlands 2010)

Are there any memories Muddy Waters Group, Hubert Sumlin, and Peter Green which you’d like to share with us?

Muddy's band were very hospitable. They recognized a nervous young man, in awe of them all, unable to ask them the right questions at the right time, but I felt very privileged to meet them and they made me feel welcome. Hubert told me, ' If you're gonna' sing, don't try to be someone else, there was only one Wolf, get up and be you. Sing well and make sure you enjoy yourself. I met Peter Green just once and he was as gentle as a man can be. You can hear it in his playing. He gladly signed my guitar and wished me well with it. That's good enough for me.

I don't miss the blues of the past, thanks to the internet. Lots of it is still here to be enjoyed. I don't fear the future of it either, as long as there's suffering in the World, the blues will resound.

Tony told me that he had to teach John lee Hooker how to sign his own autographs. That's an impressive accolade. John Lee couldn't write, way back in the early 60's. Tony loved doing cryptic crosswords whilst traveling to gigs. A thoughtful man with a great blues voice. The Feelgood's were all good humoured characters. Wilko is a born entertainer, even at home. He doesn't disappoint anybody. He's intelligent, very frank and very funny at times. Gypie Mayo was the vastly under-rated guitarist that took Wilko's place. A truly amazing and devoted player with a heart of gold. Gypie did a long spell with the Yardbirds too. They seemed like reserved men to me, well educated, civil and polite. Chris Farlowe told the audience that he'd never heard anybody perform a Bob Dylan song as well as Blues State UK did. Personally, I've rarely heard a better voice than his, ever. He's a very worthy legend. 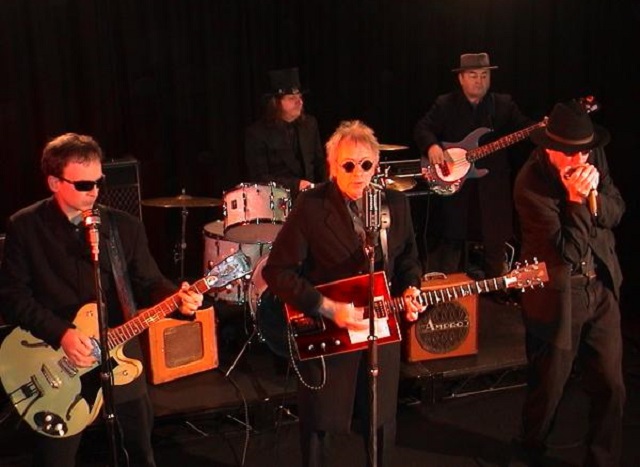 "Blues music has been a constant teacher to me throughout most of my life; it's my source of inspiration and a simple route to my inner self."

Make an account of the case of the blues in UK. What are the lines that connect the 60s Boom with nowadays?

You can't keep a good thing down! The blues is gaining popularity again in the UK. Festivals and parties springing up everywhere, as the pubs without live music are closing doors. For a long while the rave scene has neglected live music and deprived many from exposure to great performers. But that is becoming a bit passe now. There are now more youngsters learning how to play than ever and they're out there buying tickets in large numbers to see how the legendary do it. Many study their parents music collections from the 60's & 70's and they wouldn't find a better place to look for inspiration.

In a music shop recently, I met a young guy, (who probably should have been at school) sliding his way around a Blind Willie Johnson tune whilst humming away to himself. Surprised, I said to him 'That's really nice mate, what's that tune called?' He replied, with a smile, 'That's for me to know and you to find out old man' I had to laugh. This boy was sassy. 'Do your parents know you're in here playing that guitar? I asked. He grinned and said, 'I ain't don't have any mate.' I walked away, chuckling quietly all the way to the coffee machine. He was playing Motherless children.

There would be many more places to see, hear and play the blues and learning about the blues would be part of every school's music curriculum. 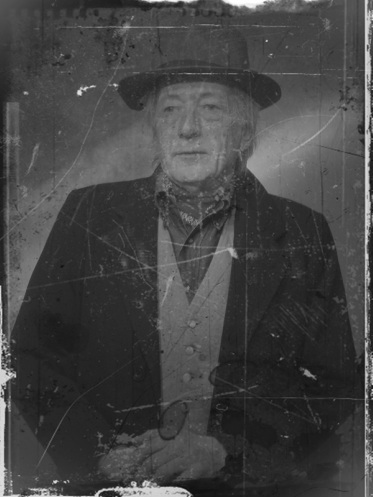 Time is not exactly on my side, but thanks to the blues, I know myself and my own limitations better. I guess I realize more, what not to do and what not to play and that's very important to me. It'd be my dream to see instruments in every house in Britain again. It's surprising how many homes, and pubs had pianos in them when I was a boy and singing together was an essential part of family life. Happiness? that's a warm guitar.

"Blues music is a global mediator and an ambassador for humanity."

Let’s take a trip with a time, so where and why would you really wanna go for a whole day..?

I'd very happily go back to the Marquee in London in the early 70's to see Rory Gallagher play there again. Or, less selfishly perhaps, I'd be a wealthy philanthropist in 1920's and 30's America, driving around the Delta and wandering down all four routes of the crossroads, armed with a guitar, a tape machine and a suitcase full of money to give away.