"Too many SRV clones and people that think the Blues started with EC and all those stratslingers."

Don "Scotty" Scott is an acoustic blues guitarist, singer, and songwriter par excellence. He raises the bar with his foot-stomping rhythms and finger-picking style in the tradition of the Mississippi Delta icons, Piedmont masters, and old school blues. A Minnesota native and disabled Vietnam veteran, Scott's been performing for 44 years at festivals and clubs with his band, and as a solo act, throughout the US, Mexico and Europe, sharing the stage with many blues greats. In 1971 Don started The Dust Bowl Blues Band and has shared the stage with many blues greats at clubs and festivals throughout the US. For the past ten years he has been performing solo, appearing in the Midwest and the Southwest, as well as Europe. In 2000 Scott was invited to France for dates in Paris and Tregastel on the Brittany coast. Don has written many original tunes featured on his self-produced albums. His debut CD, “Highway 52”, was nominated in 1997 for the Minnesota Music Awards best blues album. His second CD released in 1999, “Scotty’s Blues”, was recorded in Tucson and favorably reviewed also and the third CD, “Some Other Day”.

Don's last album "Sure Thing," released in 2012, was named "Best Self-Produced CD" by the Minnesota Blues Society and selected for the International Blues Challenge in Memphis.

Attracted at a young age to Big Bill and Leadbelly. The music is so compelling and honest it knocked on the head.

Going to the Ann Arbor Blues and jazz fest in 1973 changed my life for the better and I have been lost in the music ever since. 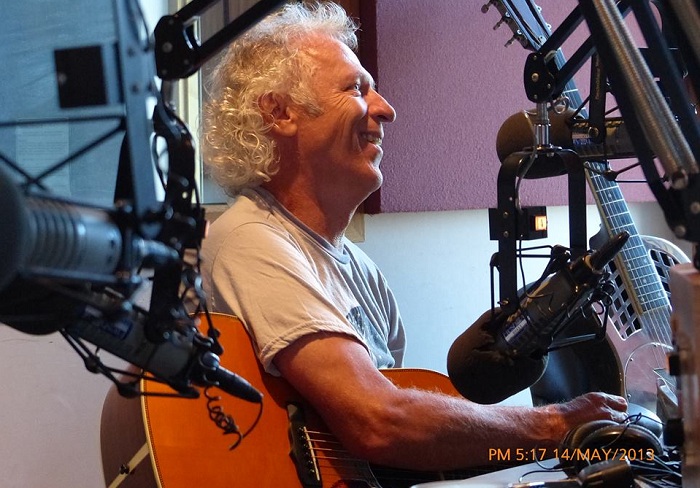 How do you describe Don Scott sound and progress, what characterize your music philosophy?

Tone is what I strive for and have worked on it all these years. I am more of an economist and use dynamics to keep the feel real.

Hard to say but I have never been good at promoting myself and it has held me back I'm sure.

Once again the feel and honesty of the music

The Mississippi Valley Blues Fest in 1989 with my band; The Tucson Blues fest in 1998 acoustic trio; The Bayfront Blues fest in 2012; the first time I played in Paris in 2000 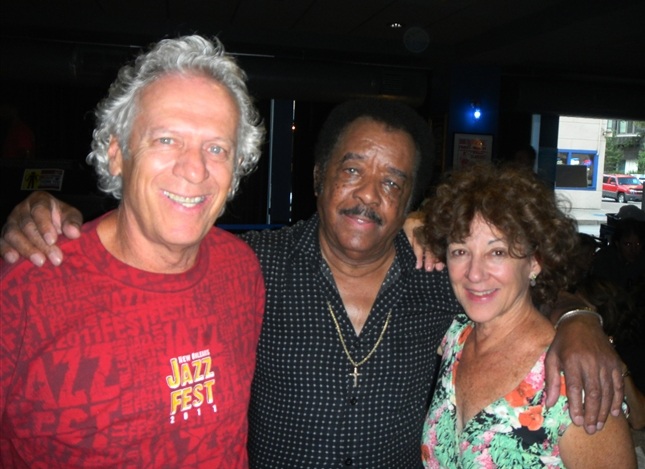 I learned all I know on my own by listening and more listening. Never was I good at copying and felt that was not the way to do it but did study by hearing what is going on. Never approached many Blues cats because I am shy and thought it gratuitous to ingratiate myself to that end.

Tone and dynamics and acoustic music captures more to the root of it all.

What are the differences between solo acoustic and full electric band act?

Too many SRV clones and people that think the Blues started with EC and all those stratslingers.

What do you miss most nowadays from the past blues? What are your hopes and fears for the future of music?

Magazines like Blues Review seem to push the rock side of Blues now and I have not subscribed for many years. I also thought when Bruce Iglauer of Alligator got in the studio he did the same for more profits I guess. 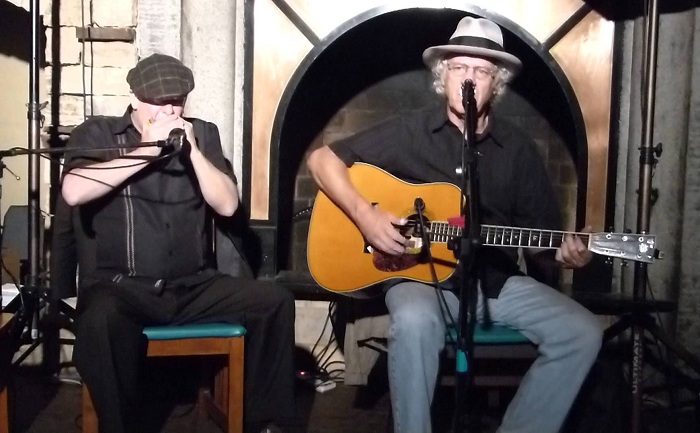 How has the blues industry and circuits changed over the years since the Dust Bowl Blues Band beginning?

I used to work 5 - 6 days a week but no more. Road bands used to have the in between Tuesdays and Weds but no more. The suits in this country are trying to kill roots/Blues music in my opinion.

Why the sound of slide and resonator guitar is connected to the blues? What are the secrets of fingerpicking?

Nationals were first incorporated because they were obviously louder when playing with a piano for a dance crowd and then these guys started dragging a knife across the strings and man that was it!

Is it easier to write and play the blues as you get older? Do you believe in the existence of real blues nowadays?

Writing songs is never easy and most of mine never see the light of day. Anson Funderburgh, Doug McLeod, Finis Tasby, The West Coast guys like Jr. Watson and James Harman do it the RIGHT way.

Kansas City in the 30's when all these cats form all over the country gravitated and the common theme was the Blues. They could all play that and what a learning experience to be around Basie, Lester Young, Charlie Christian, Jay McShann and the rest. 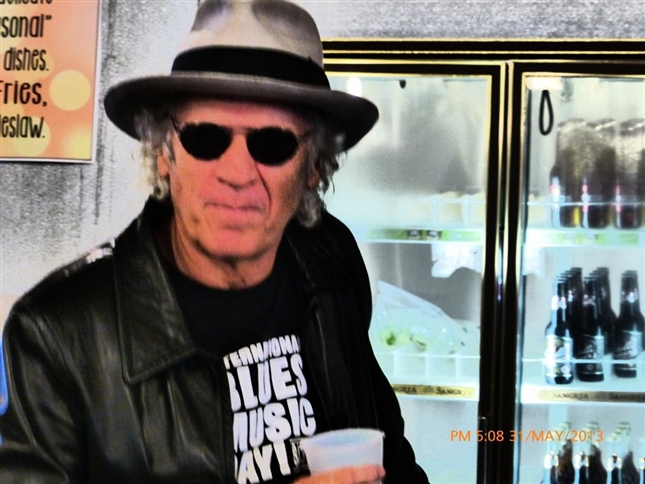