"The basic structure of Blues teaches you corner stone of chordal understanding and opens up doors for using scales and deep inside feelings coming from your soul."

Guitarist and singer, Ayet Aydin Cakus was born in New York City but his family moved to Turkey when he was 4 years old, and got to come back to USA in 1974. Ayet is well-know as member of 60s-70s Turkish heavy progressive bluesrock bands of BUNALIM, TANK and TER, also formed the American bands of STRICT VOICE (80s) and FEAR NATURE (90s). After some changes through the years, original member, Ayet Cakus teamed up with 6-string bassist Mark Palomo, and drummer Jeff Clark, in 1998. They began extensive practicing to write very spirit filled and rhythmic songs. Filled with today's issues ranging from world issues, human emotions, anger, peace, love, hate and searching for common ground. During this time they added a 4th member lead vocalist Todd Cakus to create a very unique sound of their own. 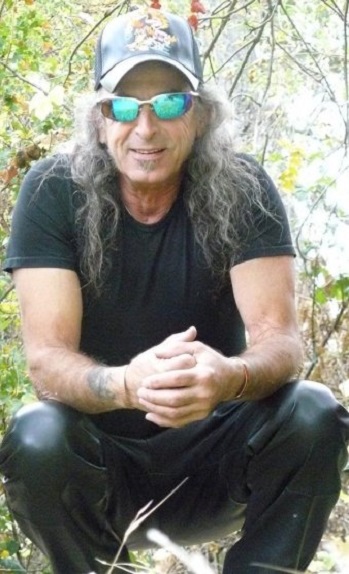 Having a wide range of styles Ayet Cakus, has an Eastern feel and an understanding of odd times. His styles vary from Fusion and Heavy Metal, to a sprinkle of Jazz and blues. Ayet also adds a very distinct vocal style. He has played in a band, Group Bunalim, which made it on the charts in Turkey, and then he went to a big Jazz school, to come out a very talented guitar player. Bunalim (which means “frustration” in Turkish), founded in 1969, was one of the most well-known underground groups on the Turkish rock scene of the ’70s. Although their discography is limited to only a few singles, Bunalim is regarded as a seminal band in Turkish music history, who paved the way for its members to find fame later on in their careers. Bunalim released 6 singles which are incredibly rare, and never completed a whole album. They were produced and managed by legendary Turkish rock musician and instigator of the Anatolian rock movement Cem Karaca, one of the most important rock singers in Turkey during the 1970s. This release is a blend of their work from 1970-1972, and features everything from American-influenced garage to early punk experiments to fuzzed-out psychedelic heavy Eastern drone, including a cover of Iron Butterfly’s “Get Out Of My Life, Woman” (“Yeter Artik Kadin”) sung in Turkish.

Well friends excellent question, really opens up all doors. Because I grew up when the peace movement was popular and hippies and peace, love movement and rock and roll was giving birth to new music and feeling and living a different kind of life as our parents did. Music was giving birth to new sounds and mind expanding medicines were widely used, it was like religious experience. LSD opened doors to new way of thinking and writing music, with all I mentioned above and having a rock band in the late 60's and early 70's was just perfect, I thought I really found my real self, from there on rock music was the driving force in my life.

Without Blues I don't know how I could've learned more about playing and understanding music. The basic structure of Blues teaches you corner stone of chordal understanding and opens up doors for using scales and deep inside feelings coming from your soul. I can say Blues was my teacher that brought me to the next level of understanding progressive rock, jazz and becoming a musician.

How do you describe Ayet Aydin Cakus sound and songbook? What characterize your music philosophy? 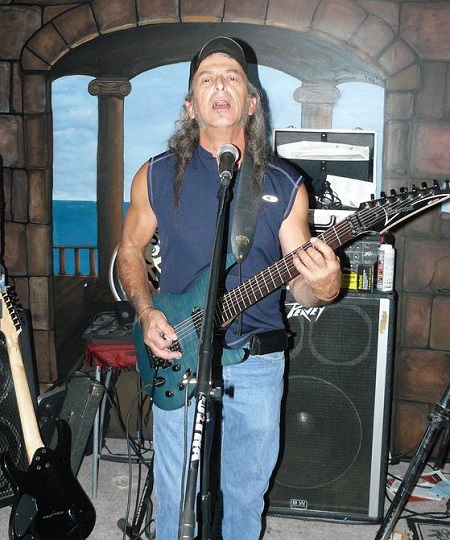 My sound has alot to do with the time that I started involving myself in music, first age 12-13 I was interested with singing and age 14, I started playing bass. Bass being the corner stone of chordal structure has alot to do with becoming a guitar player. When I heard Hendrix, Cream and Eric Clapton, I knew I had to learn how to play guitar. Blues was a foundation in all of their playing. Especially, Jimmy Hendrix, Deep Purple and Led Zeppelin. They had a major influence on my playing. In the band Group Bunalim, we had blues structured jams, but we were always searching. We played songs from English bands and we played Turkish influenced music with a western rock style (east meets west) my main influences were bands like Gentle Giant, Weather Report and John McLaughlin (progressive jazz guitarist).

My music philosophy is to play from the heart, know what you're playing, make sure you know your instrument well, be creative you should know about different time signatures, study with the utmost sincere attitude.

I remember playing a music festival at Istanbul, in Roman arena there were 10-15 thousand people. There were many artist in the festival, when it came to our time, we were back stage waiting to come out I knew we had a good name. we were a known band but I didn't realize that when they announced our name to come out there was this incredible roar! that night we got an extra charge from a fantastic crowd. I will never forget it. Jams - I remember jamming with Turkish jazz player (flute) and of course we always jammed between us.

Open acts we made many tours for supporting acts like Erkin Koray, Alpay, Cem Karaca and Kardaslar. Some of the acts we opened up for while touring, we played matinees and night shows, on a 45 day tour we played 38-39 days, twice a day. When the tour was finished we were really tight and played almost with our eyes closed. for Studio gigs, I remember our 2nd 45 Basak Saclim actually written by some other guys and had words on it I was supposed to sing in Turkish, but for some reason I couldn't sing it, so we wound up bringing a Sax player and made it instrumental. 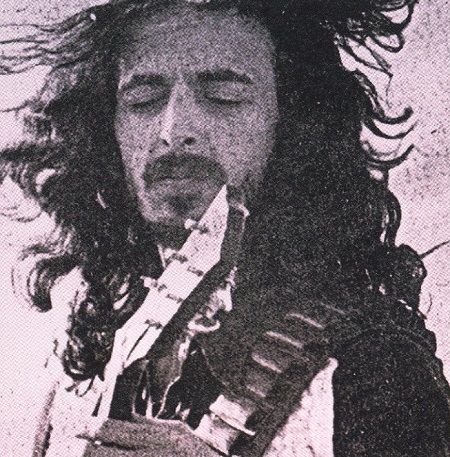 Blues of the past was common ground. Everybody learned to play and there were lots of jam sessions. This were musician intermingled. These days blues really almost became underground, it became just a little part of music. Well my hopes for future blues is I hope new players will search out more blues, I have fears of it becoming more underground.

If I could change one thing it would be to turn back to how music evolved from the 60's and 70's when Beatles, Hendrix, Zeppelin, Who and Jethro Tull era, music was stepping up to new sounds and peace and love movement. Hippy age mixed with music and there wasn't any today's senseless music.

Make an account of the case of the blues/rock in Turkey. Which is the most interesting period in local scene?

The late 60's blues/rock was the birth of new sounds influenced by English, American music also hippies going from Europe to India passing through Turkey, left life style and blues/rock because I left Turkey in 1974 till then this was the way of music life and all musicians were intermingling, there was more brotherhood and sisterhood feeling in the air.

What are the lines that connect the legacy of Blues Rock from United States and UK to Turkey?

Like I was saying peace and love and hippy movement was so intermixed any band coming up in the music industry was well received in Turkey.

The local music circuit in Fairfield, CA U.S.A. well there seems to be lot of heavy metal bands but I don't really go out anymore. 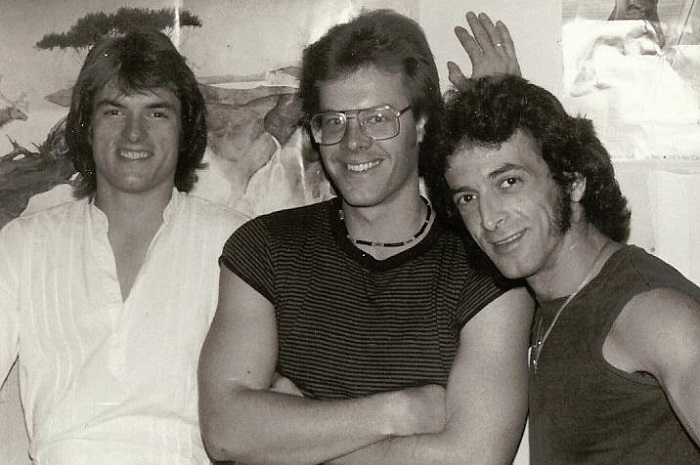 "Without Blues I don't know how I could've learned more about playing and understanding music. The basic structure of Blues teaches you corner stone of chordal understanding and opens up doors for using scales and deep inside feelings coming from your soul." (Photo: Ayet with heavy all original material progressive rock band of Strict Voice, California 1986)

Similarities between blues and folk, well I say folk music comes from down to earth talking about similar kinds of issues. Blues music talks about same issues but a little differently.

Which memory from the romantic and bohemian underground Rock era of Turkish Rock makes you smile?

The 60's to early 70's made me proud I was a musician and we were doing something that all the listeners were eager to listen and support our music, we had true followers and movement was big, including the younger generation.

If I could travel back in time I would want to go to the time when the area had hippies camped before they went to India and intermingled with them, because you could see whole world of young people listening in unity, there was a whole movement which we don't have today. 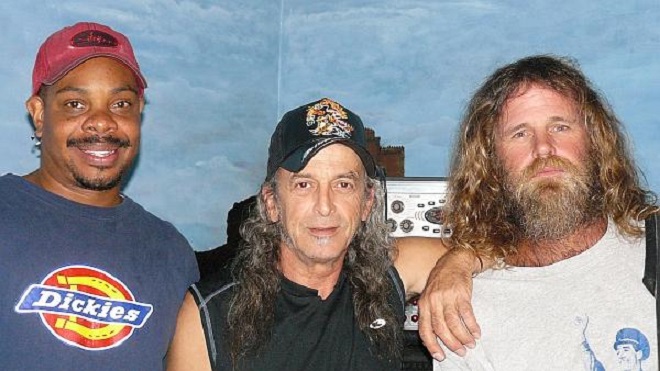