"The Blues is timeless. I wish for it & know it will always continue."

Virgil and the Accelerators is a Blues rock power house trio, hailing from Birmingham, England. Renowned for pushing the boundaries of the blues rock genre and delivering incendiary live sets VATA have been making a huge impression across Europe. Touring in their own right and on premium support tours with the likes of Michael Schenkers, Uriah Heep and Wilko Johnson. Exploding onto the scene in 2009 they working relentlessly through the pub and club scene. 2011 saw the release of their critically acclaimed debut album called The Radium. 2012 saw the band recording a live DVD/CD to a packed house at the Marshall Amplification HQ in Milton Keynes. 2013 the band managed to bag legendary producer Chris Tsangarides who has produced Gary Moore, Thin Lizzy, Black Sabbath, Judas Priest amongst others. The new release “Army of Three” (2014) is the second studio album produced by Chris Tsangarides. The new album follows 2011’s critically acclaimed debut album "The Radium". 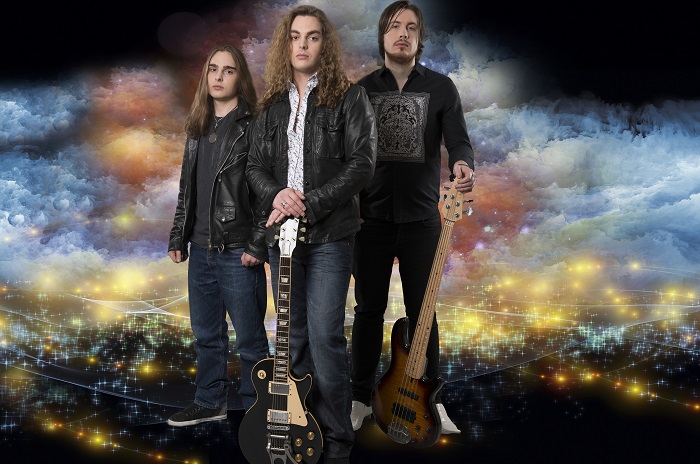 Virgil McMahon being handed a mandolin at age 3 and subsequently progressed to a shorter scale 1/4 size acoustic at age 4. His first guitar hero and main influence was his father had a guitar player himself since his early teens. He passed his love of good music and all things guitar onto his first born Virgil. From an early age Virgil showed a keen and enthusiastic interest in guitar and music due to his home life being full of just that. As a kid growing up in South Africa he was often sat side of stage at his dad’s gigs soaking up all he saw and learning about how a band worked. The family immigrated to the UK when he was 10 and by age 13 he was sitting in with his dad’s newly formed band The Accelerators with best mate Hugh Morgan. After much encouragement from Hendry and Hugh, Virgil was made a permanent member of The Accelerators. The band was reborn as Virgil and The Accelerators in 2006. In 2009 the band took on a different slant in the form of Virgil’s younger brother Gabriel on drums who had joined a year previous and Jack Timmis, a local yokel bass player from Abwrystwyth who moved on sometime later.

Virgil, when was your first desire to become involved in the blues & who were your first idols?

My dad was my first 'idol'. He introduced me to Stevie Ray Vaughan, Jimi Hendrix, Robben Ford, Billy Gibbons at a very early age. Those were the guys I aspired to.

The first gig I ever went to was my dad's. He had a band called MoonDog Matinee. I was about 2 years old at the time & was in my push chair in front of the stage. I actually have THAT gig on home-video & you can see my little chair right there in front! The first song I ever learnt was Pipeline by The Ventures when I was 6. The Ventures' music taught me to play guitar, being an instrumental band. They are still one of my all time favorites.

Any of the blues standards have any real personal feelings for you? What are some of your favorites?

I like most of them. I always liked Albert King's "Crosscut-Saw" or Freddie King's take on Jimmy Rogers' "That's Alright"... There are a lot of blues tunes new & old that I love.

Tell me about the beginning of Virgil and the Accelerators. How did you choose the name and where did it start? 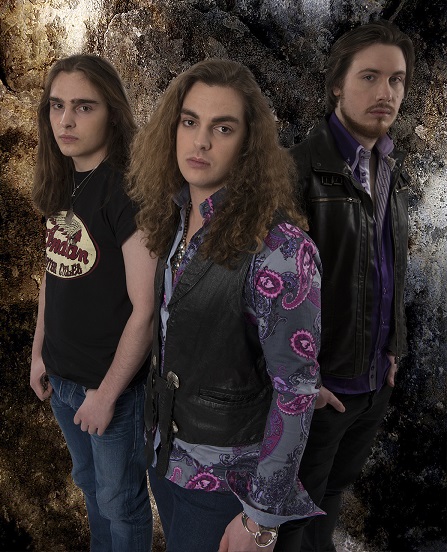 "The Accelerators" was actually my dad's band. When we immigrated to the UK in 2002 from South Africa my dad formed the band with his longtime friend Hugh Morgan. Hugh & my dad were instrumental in getting me going. Hugh could play harmonica & slide guitar & had great B.B. King style vibrato so I always admired that. I used to go along to their gigs from about age 12. All I wanted to do was carry the guitars, tune them, help set any gear up.. I got a kick out of that & of course sneaking into bars & clubs on school nights. Eventually I was asked to get up & play a song with the band here and there and after a while I was made a fully fledged member & the name of the band was subsequently changed to Virgil & The Accelerators. It was a subtle high-jack of sorts on my part…

How do you characterize your music philosophy about the band, and how do you describe your partners?

Well we are who we are musically as a band. It's a constant process of evolution and growth with us, we searchers. Always looking at making what we do better. Gabriel & Jack are the greatest players and the best friends a guy could ask for. THEY make the band what it is. I couldn't do it without them.

The Blues is what got me started and light the fire for me in terms of guitar playing and the 'from the heart delivery' that comes with that. It's given us a great starting ground to form a career from. Eternally grateful for that.

What do you learn about yourself from music? How do you describe your sound and your progress?

I learn that I'm/we're open to not sticking to one sort of sound and influence when it comes to music. It's good to be diverse. We're always searching for ways to make our sound and performances better.

How/where do you get inspiration for your songs and who were your mentors in songwriting?

We get our inspiration from all sorts of things. Inspiration is never something one needs to go in search of, it's all around you. We admire many people's song writing styles. 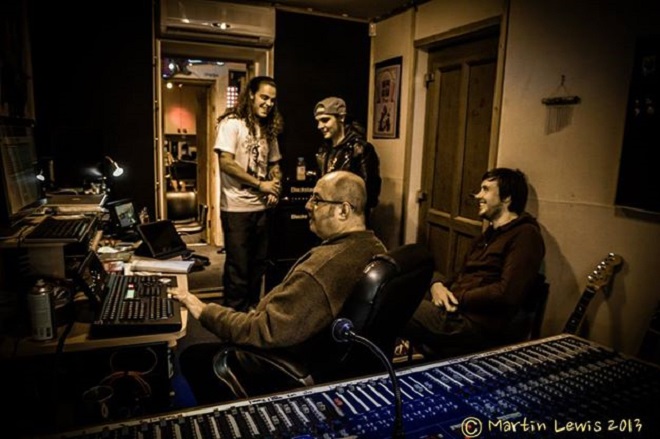 "The Blues is what got me started and light the fire for me in terms of guitar playing & the 'from the heart delivery' that comes with that. It's given us a great starting ground to form a career from. Eternally grateful for that." (Photo: Virgil and the Accelerators with Chris Tsangaridies)

Chris (Tsangaridies) was always cracking jokes.. He had this one liner he'd always catch you off guard with which was "Hey Virge..." "Yes Chris..?" "B****cks!" He always had us laughing!

Are there any memories from the New Generation Blues Tour, which you’d like to share with us?

The first tour in May 2010 was great because we made a really close friend out of Joanne Shaw Taylor.

I'd love to have met Stevie Ray Vaughan; from all accounts he was the nicest guy in the world. I'd love to meet BB King or Buddy Guy too!

There have been lots of great jams I've shared with Aynsley Lister & jamming with Joanne (Shaw Taylor) was always fun too. There have also been many memorable gigs for us... Too many to mention!

Why do you play GUITAR and what were your favorite guitars back then?

I play guitar mainly because of my dad Hendry. He was the catalyst. Most of the guitars I play are the same guitars I've been playing since I was a kid.

From whom have you have learned the most secrets about blues music? Of all the people you’ve met with, who do you admire the most? 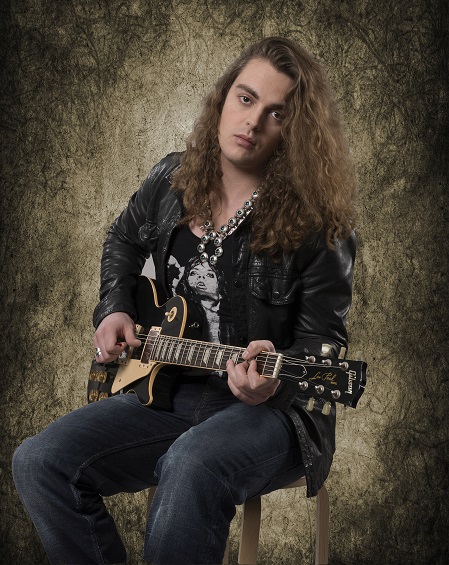 To be honest I haven't really got or heard any secrets about the Blues. We've had the pleasure & opportunity to meet some very interesting people over the years. Wilko Johnson was perhaps the most interesting guy we've met so far. We love him!

"My only other hobby outside of guitars and music is cooking. I love to cook..."

I honestly don't know.. Maybe the desire to connect with people on a spiritual level through the medium of music.

No. Blues is played by lots of different people in many different forms.

The Blues is timeless. I wish for it & know it will always continue.

We plan to make more records, tour and reach as many people with our music as possible. We haven't been to Greece, yet. But we hope to come and play for all you kind folks soon!

Indeed. My only other hobby outside of guitars and music is cooking. I love to cook... Again, another trait started by my dad! 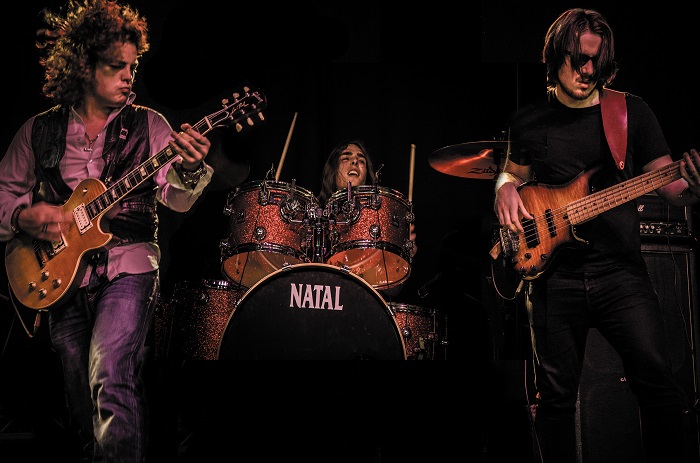