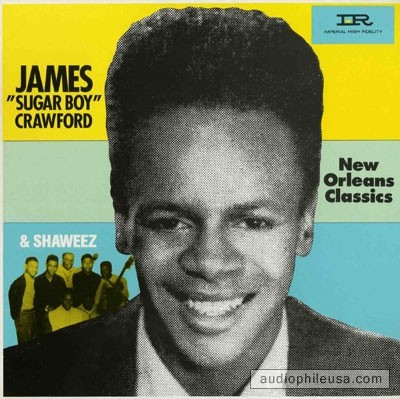 Starting out on trombone, Crawford formed a band which local DJ Doctor Daddy-O named "The Chapaka Shawee" (Creole for "We Aren't Raccoons"), the title of an instrumental that they played. Signed on by Chess Records president Leonard Chess, the group was renamed 'Sugar Boy and his Cane Cutters'.

Although his song became a standard at the New Orleans Mardi Gras, Crawford himself disappeared from public view and in a 2002 interview for Offbeat, told how his career came to an abrupt halt in 1963, after a severe beating which incapacitated him for two years, forcing him to leave the music industry. In 1969, he decided to limit his singing to in church only.

Crawford appeared on his grandson Davell Crawford's 1995 album, Let Them Talk. He made some stage appearances with Davell including one at the New Orleans Jazz & Heritage Festival (1996), and more recently at the seventh annual Ponderosa Stomp in April 2008.

Among the artists Crawford recorded with was Snooks Eaglin.