L.A based bluesman Kirk Fletcher is back and better than ever with his new studio album “Hold On” (2018)

With his new studio album “Hold On” (2018) Kirk Fletcher is back and better than ever. Having toured the world for years playing with legendary artists and his own band, Kirk’s deeply-rooted musical sensibilities and life experiences have culminated for this fresh, fearless and funky collection of original songs. Kirk Fletcher has a reputation as a bonafide can’t-miss performer. His soulful playing and singing never fails to elicit chills, and his unique approach to blues and roots music is both refreshingly modern and completely authentic. Widely considered one of the best blues guitarists in the world, he has commanded the respect and acclaim of critics, peers and fans across the globe. He is a four-time Blues Music Award and a 2015 British Blues Award nominee and has played with a variety of popular artists, including Joe Bonamassa and a three-year role as lead guitarist of The Fabulous Thunderbirds. He has released three studio albums and a live album.                                  Kirk Fletcher / Photo by Jonathan Ellis “This is my first real solo record,” Kirk says, referring to his more collaborative previous releases. “This one is me…pure Kirk Fletcher, every note of it!” From the very start of the album, it’s easy to understand what that means. Kirk’s confessional lyrics, inspired singing and soulful arrangements create, for perhaps the first time, a detailed portrait of the man behind the guitar. He also holds a mirror to society, an approach that should be fundamental to all Blues songwriting, yet one that is frustratingly rare to see these days. “Two Steps Forward” is an undeniable, hard-hitting protest anthem that sets the tone for the album and, hopefully, a return to authenticity and originality in contemporary Blues and Rhythm & Blues music to come. “The Answer” and the title track “Hold On” showcase all angles of Kirk’s soulful musicianship with him singing and playing with purpose over beautiful chord changes…shades of Johnny ‘Guitar’ Watson and Curtis Mayfield with a perspective and playing style that is distinctively Kirk’s own. “Sad Sad Day” is a fast-tempo’d instant classic that is sure to get listeners dancing. The standout song among the traditional Blues tracks is “Gotta Right,” which captures Kirk at his most connected, grounded and dynamic best. “Dupree” is a funky tribute to one of Kirk’s guitar heroes, the late Cornell Dupree, and it displays yet another side of Kirk’s musicianship in a reverent – yet extremely fun – instrumental groove.

It started by hearing these great guitar players like BB King, Bobby Bland with Wayne Bennett, SRV, Albert Collins, and many others. And I was always a person to try to dig deeper so I would read who my idols listen to and I would buy those records, like so many others have done. Seeing BB King on TV and getting a chance to see Albert Collins live shaped my early sound and playing. Also my dynamics. Songbook constantly changed from day to day. One day Stevie Ray the next Sonny Boy Williamson. And that always kept it interesting.                  Kirk Fletcher / Photo by Jonathan Ellis 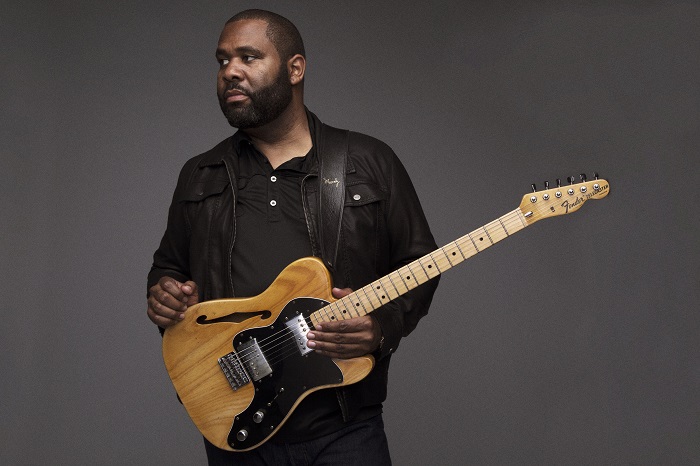 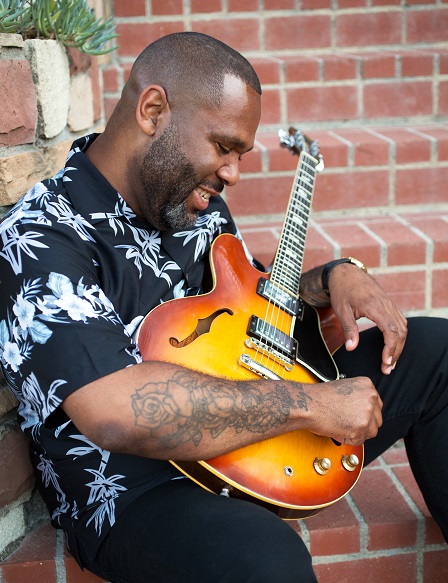