"I think blues took a wrong turn in more recent years. Blues has become a bad word to many."

Lincoln Durham was born in Whitney, Texas and raised in Itasca. Lincoln started playing the guitar at the age of 4 !! He also plays the harmonica, and many different guitars, including slide. By eight, Lincoln Durham was performing in fiddle contests all over Arkansas and Oklahoma; in fact, at ten he won the Texas State Youth Fiddle Championship. 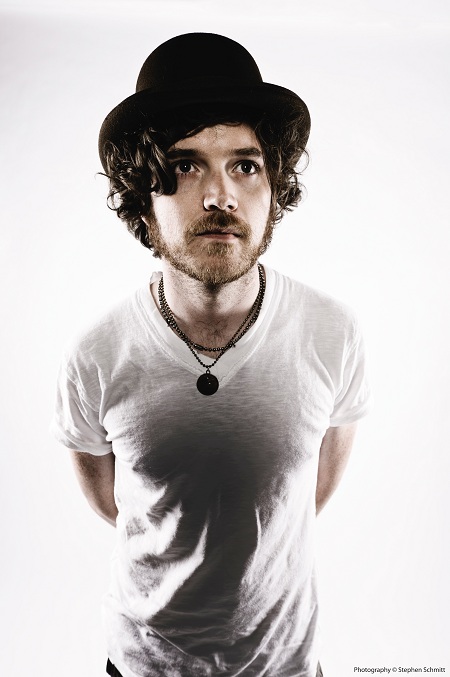 Come twelve, the young man hooked up a residency with the house band at the Oceola Opry. Then, through his high school years, Lincoln decided to pick up the strat. He started a three-piece band playing who else but Jimi and Stevie Ray, took a spell, though, and put the guitar on the backburner for a while to pursue art and design but, a couple years ago, he grabbed a resonator, a slide and an old Gibson j45. He impressed Ray Wylie Hubbard so much with his greasy, nasty sound that Ray signed on to produce his debut album The Shovel vs. The Howling Bones. Durham plays antique guitars – one 1929 model has a "wooden cone resonator" – with a febrile ferocity akin to Son House, his driving rhythms tempered occasionally by wistful harmonica, and his springy slide-guitar riffs developing a scudding momentum that recalls Seasick Steve. Lincoln Durham’s songs are rough around the edges, informed by the history of American roots music—folk and country and blues—as well as rock ‘n’ roll’s loose and lewd energy and attitude. His modern spin on the Mississippi Delta blues music originally created by the likes of Son House and Mississippi Fred McDowell.

Michael Clark Lorenzo (Novelist/Poet/Author) told for Lincoln:"He's an intense-looking young man with an old bastardized Gibson acoustic. Worn-out blue jeans and a crop of long, wavy hair. But there is something in his eyes, something that suggests he knows something most people don't. The eyes of an old soul. The soul of an old bluesman, withered, weathered, worn but primed and ready to burst out of this young man and preach the news of some new kind of depraved music."
Interview by Michael Limnios

Lincoln, when was your first desire to become involved in the blues & who were your first idols?

I was raised by a music loving dad who dug the blues so my path was set pretty early. There are pictures of me sitting on my dad’s old guitar in my diaper listening to Willie Nelson’s “Red Headed Stranger”. Those we’re my earliest influences. Not really blues but the old “Outlaws”; Willie, Waylon, Johnny. 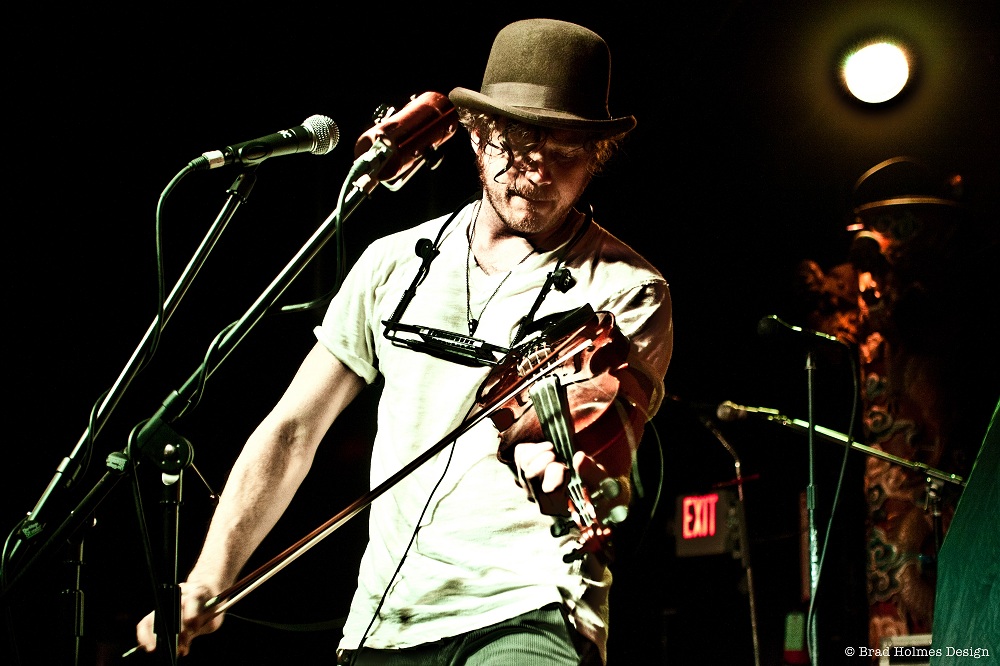 I would say they are one in the same. I lived alone for a year as a recluse where I would go weeks without talking to anyone. This was a dark time in my life but it’s where I found myself both musically and personally. My music career had halted and at the time I thought it was the end of everything. But as one music career had crumbled, another one began. I ended up cocooning, woodshedding and coming out of it a completely different musician. Different songs, different vibe, different groove. Much darker. And I like darker. That’s the point I say that I “started” my music career. I’m grateful for the entire experience and wouldn’t change a thing.

I draw all my inspiration for songs from my own emotions or mental states. I can’t really say “I’m going to write a song about a tree” and then write a song about a tree. My songs come from my gut and are written with a lot of blood and angst. They are a part of me and a reflection of my mood or what I may be going through at the time. I embellish, of coarse, but the root of the song is always from some inner turmoil. My songwriting mentors would first be Ray Wylie Hubbard. He took me under his wing and showed me the cool side of songwriting and I’ll never forget that. I wouldn’t be what I am without his early guidance. After that would be the old blues guys like Son House, Lightnin’ Hopkins, “Mississippi” Fred McDowell. And I can’t leave out greats like Tom Waits and Nick Cave. 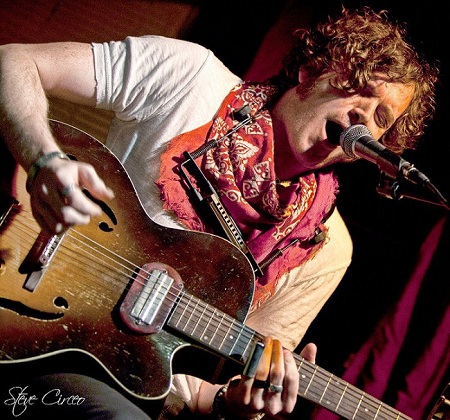 The blues, the old original blues, back when slavery was still in full swing, was music sung from the soul and for the soul. They weren’t singing for fame or fortune with their record deal in the back of their minds. They were singing because they had to. Because that’s what got them by. Because that’s what kept them who they were. I think that’s real and pure music. I try to do the same. I’ll thankfully never have the terrible experiences those folks had but I try to sing my tunes from a deep dark place in my gut just the same. I try to make my music as real as possible and to get me through my own small troubles. It’s good medicine.

How do you describe Lincoln‘s philosophy about the music?

Keep the music real. Take all your problems, wad them up into a little bullet and use them as ammunition for all your song inspiration. Write and sing like you’re preaching a sermon. Preach the audience your song like you’re trying to save them from their sinful ways. Never go through the motions.


What experiences in your life make you a GOOD musician and songwriter?

Adversity, heartbreak, mental illness, suffering. If you’re not tortured, go out and find it. Find despair. Then the music will come.

When I used to sit in with RWH’s band. Rick Richards and George Reiff have a groove like no other. Ray’s son Lucas Hubbard is gonna be one of the best blues guitarists around. He knows how to be cool, tasteful and in the pocket. 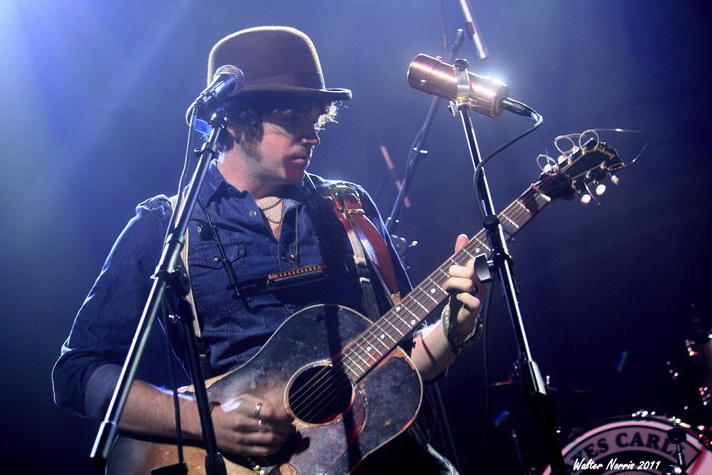 He turned me on to Rilke. “Letters To A Young Poet” to be exact. I still read that book constantly.

What advice Ray Wylie Hubbard has given to you?

Sometimes you have to let one door close completely before you can open the other.


I had a gig once where I broke 3 strings on 3 guitars, broke my tuning key on one guitar, my bass drum pedal came loose and the lights went out in the club. It was about the fourth song that I actually made it through without problems. Got a standing O for that one though so I guess the audience enjoyed my suffering.

I admire Rick Richards the most. He is an Austin drummer who has played on all the great records and has been in the business all his life. His stories will keep you laughing, crying and on the edge of your seat. He’s seen it all but is still the most down-to-earth, humble, easy-going person you’ll ever meet. Son House because I love his playing style.

My dad, Ed, started my blues schooling. Ray took it from there and introduced me to the old cats. Alan Lomax vinyl that I listen to weekly and as many books as I can get my hands on do the trick these days.

That I’m dark and jaded with a dash of angst.

Because it’s from the heart, soul and gut. If it’s done right. It’s laced with misery and hope. 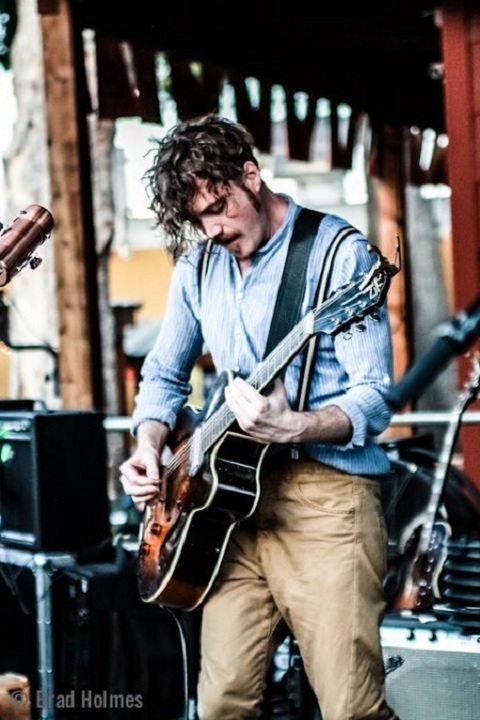 I think blues took a wrong turn in more recent years. Blues has become a bad word to many. My wish for blues is that the true spirit of the old tunes and vibe gets found again by the younger generations. Then, don’t copy the old stuff, but rather make it your own. Start from the beginning of blues, not from where it started to lose it’s way.

An old dreadnaught, a brass slide and a low watt amp turned to 10.

What would you ask Son House and Fred McDowell? How you would spend a day with Tom Waits?

I would ask Son House and Fred McDowell if they would play my guitars in hopes that something would wear onto my strings. Tom Waits said the best snare drum in the world is dead branches on a trampoline. I would want to just sit and have coffee with Tom and listen to as many stories about his life as possible with the occasional “junk yard sound” idea thrown in for good measure.


My opinion is they are completely different beasts. Both killer music but apples and oranges, similar only in structure. Modern blues, to me, is rock, really. Rock that kept a slight bit more of the old blues feel than the rest of rock did. The old folk blues is my favorite as is bluegrass. Listening to those old depression era field recordings and chain gang chants can make it hard to put new blues and old blues into the same genre. 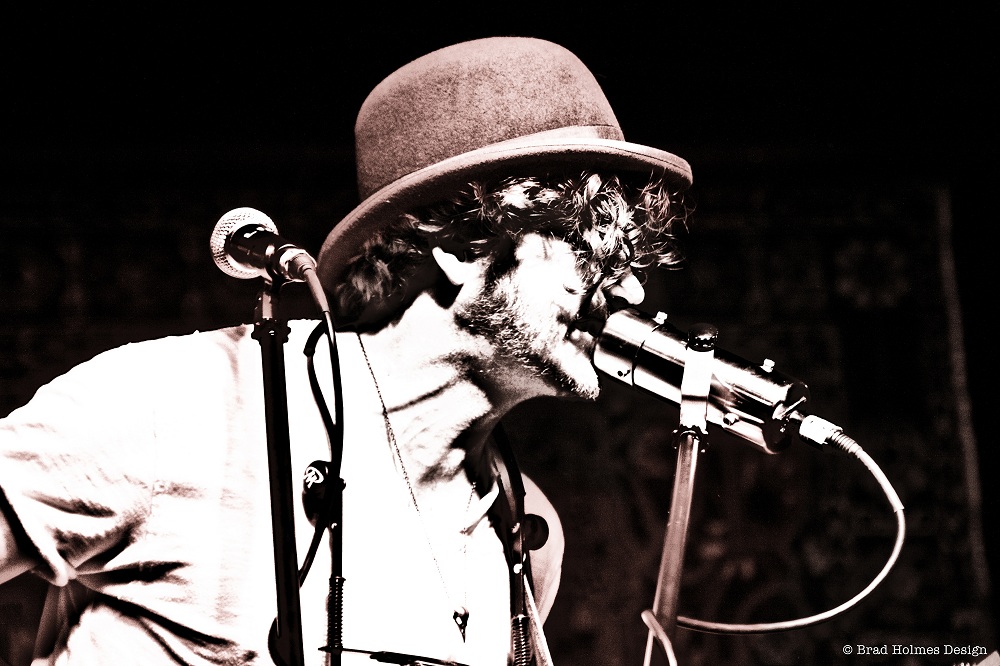