Bruce is a veteran musician with the Bluebirds and owner of Bruce Flett Productions. Louisiana’s Rhythm & Blues / Rockin’ Soul Trio formed in May 1986. The Bluebirds are based out of Shreveport, Louisiana. Buddy Flett is the guitarist and vocalist. Bruce Flett is on bass and also sings lead. The group has been booked solid throughout its history, averaging over 150 nights a year! 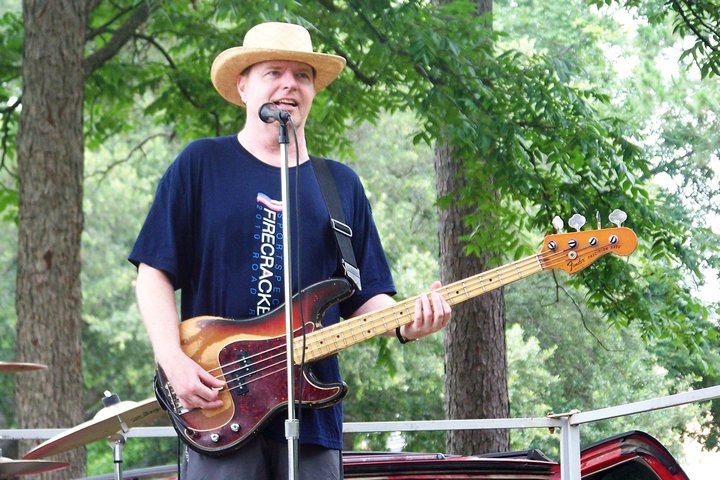 The Flett Brothers were members of a very popular R & B group known as “A Train” from 1977- 1987. Formed around the core of Fletts, and vocalist Miki Honeycutt, with the intention of performing bluesy R & R. The Bluebirds are much in demand for Festivals and concerts. Festival performances have included the New Orleans Jazz & Heritage Festival, Waterfront Blues Festival in Portland Oregon, Helena Arkansas’ world famous Blues Festival, Eureka Springs Blues Festival, River Walk Festival in Ft. Lauderdale, Fl, many others. They have performed in England, Belgium, Greece, and Amsterdam.

The Bluebirds have released three CDs, Swamp Stomp, South From Memphis and Highway 80 East. The Bluebirds, still Alive and Well, have been together for 25 years and have averaged 140 bookings a year for over two decades!

16 or 17... It was a roller skating party at our church.  Nervous excitement.  I was the only one in the band that would sing. Buddy thought up the name Bluebirds... oh, the connection to Bluebird records (blues/jazz label) and the Bluebird Nightclub in Ft Worth TX which was a blues club.

How do you describe Bruce’s sound and progress and what characterize Bruce Flett production philosophy?

Overall maybe Willie Dixon, as musician, songwriter, producer, booking agent... Chicago blues would not have been as good or as successful without him.

How do you describe Buddy (Flett)?

Buddy is the best guitarist I have ever worked with.  In the 30 years we played together, I never once got tired of his solos and rhythms.

Well, one time we went to Athens Greece... that was fun.

When he got behind the drum set and showed our drummer what to play, and it wasn't the Bo Diddley beat (as we knew it)! 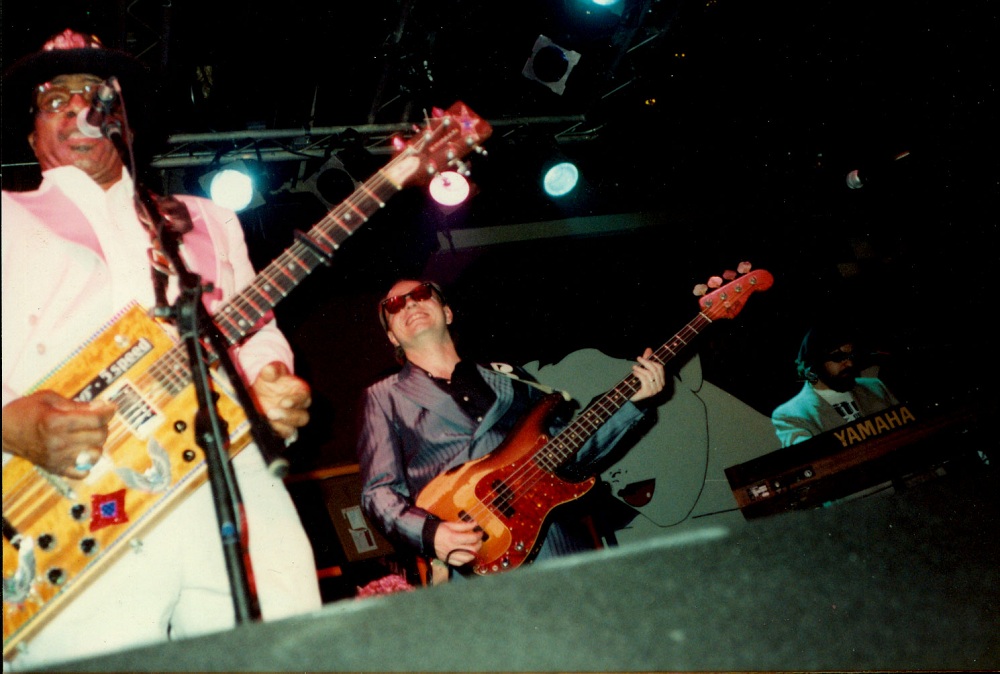 Hubert Sumlin ... he told me it was Freddy King playing electric bass on the Howlin' Wolf session of "Killing Floor"

Meeting Hank Williams Sr’s widow in her own home. Worst? The Worst is Yet to Come!

What is the “feeling” you miss nowadays from the A-train era?

Don't quit your Day Job. Have skills in career(s) in addition to Music. Keep Music as your Passion.

Tell me a few things about the Bruce Flett Production. How that came about?

Most every band I have played with I was the "businessman".  So I started my own company.  It has had good years and bad. In addition to booking Musical acts, I have been Publicist/Promoter for almost 100 blues/roots CDs. Worked for six record companies including Jewel / Paula here in Shreveport. Latest CD promoted, "Louisiana Roots & Blues" by Peter Novelli. 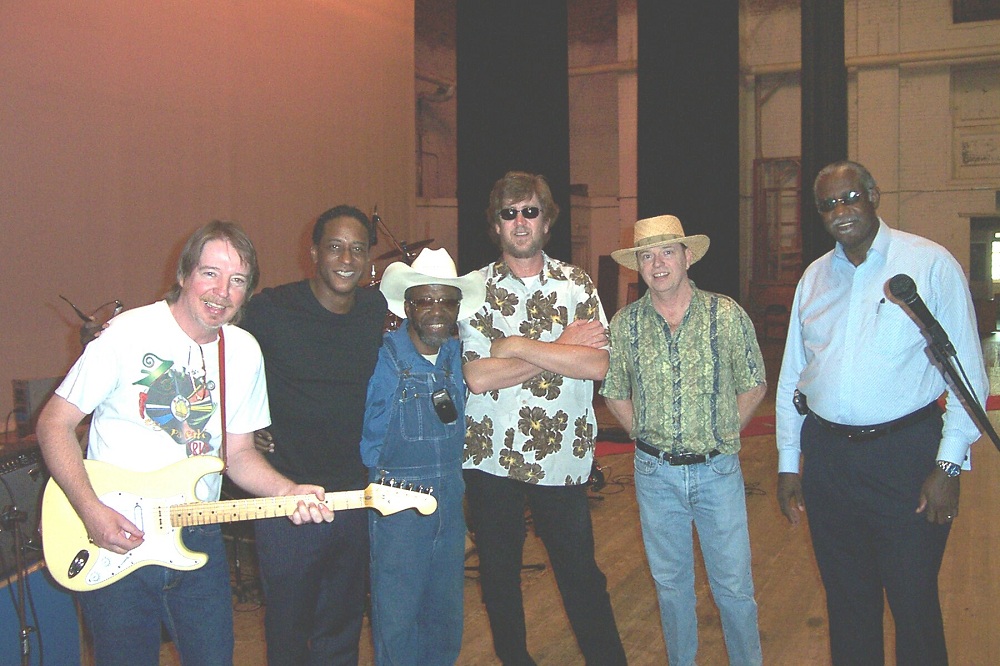 Tell me a few things about Jimi Hendrix at Municipal Auditorium '68. Do you remember any fanny from the meeting?

Well, we were in the Audience, we didn’t actually meet him.  It was the Experience with Noel Redding & Mitch Mitchell.

Great, the Soft Machine opened the show. Hendrix played his Strat on every song except Red House, he picked up a black Les Paul with 3 gold pickups for it. We tried to see them as they left out of back entrance.......they were in a CAR! A station wagon,  and people (mostly girls were jumping on the car!) I know 2 girls that followed them to their hotel, and one that 'met' him.

Its right in between Mississippi and Texas .... how could it NOT?

You have to crawl before you Walk ... "Peaches" Sterling, who played for a while with Guitar Slim

Also, Albert King told us one time when we were staying at the same hotel as he and his band, "Fellas, one thing you gotta always remember when you go on the road, bring some prune juice with you". 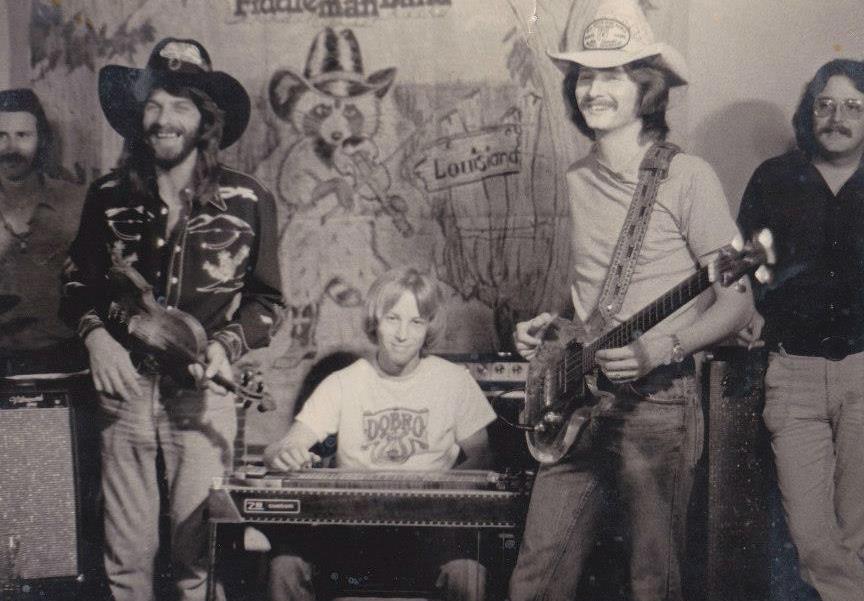 Appreciating Blues is maybe the best way I know how to connect with other cultures/ethnic groups in America.

With Buddy, John Campbell, and Randy "Goat" Arthur at the Lake Cliff bar/roadhouse in Shreveport.

When you first meet John Campbell?

Hopefully Blues will be considered as "high" of an Art form as Classical Music or any "Pop" music.

What is the current state of the blues scene in Shreveport, Louisiana where you live?

Shreveport, Louisiana has a very good blues scene. Monday night blues Jam w/Jerry Beach (who is now guitarist for 'Robin & the Bluebirds')  Highland Jazz & Blues Festival is this Saturday Nov 17. Starting with Lead Belly, continuing through Kenny Wayne Shepherd, Lots of blues that has been successful internationally originated here. Stan "the Record Man" Lews had Jewel/Paula Records from 1950s until recently...many, many Blues, R&B, gospel recordings on his label. He was also close friends with Leonard Chess and became Chess' (among many other blues labels) distributor throughout Southern USA.