The Jazz pianist, whose choice of novel rhythms, classical structures and brilliant sidemen made him a towering figure in modern jazz.

Dave Brubeck, the jazz pianist, composer and bandleader behind the legendary Dave Brubeck Quartet, has died at age 91. The death of Brubeck, whose quartet performed “Take Five,” which became a jazz standard and the bestselling jazz single of all time, was confirmed Wednesday by the Associated Press. Brubeck would have turned 92 Thursday. 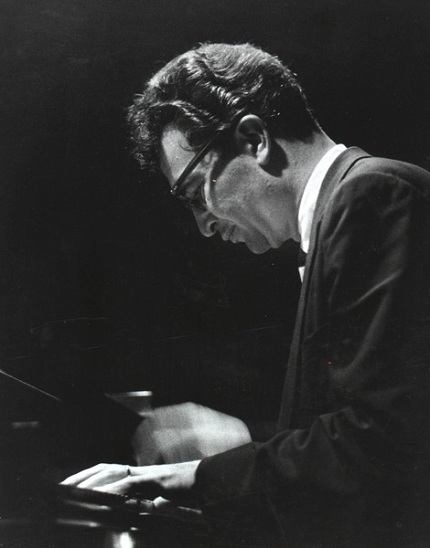 Brubeck had a career that spanned almost all American jazz since World War II. He formed The Dave Brubeck Quartet in 1951 and was one of the first modern jazz musicians to be pictured on the cover of Time magazine - on Nov. 8, 1954 - and he helped define the swinging, smoky rhythms of 1950s and ‘60s club jazz. George Wein, a jazz pianist and founder of the Newport Jazz Festival, had known Brubeck since he first worked in Wein’s club in Boston in 1952.

The seminal album Time Out, released by the quartet in 1959, was the first ever million-selling jazz LP, and is still among the bestselling jazz albums of all time. It opens with Blue Rondo a la Turk in 9/8 time - nine beats to the measure instead of the customary two, three or four beats.

A piano-and-saxophone whirlwind based loosely on a Mozart piece, Blue Rondoeventually intercuts between Brubeck’s piano and a more traditional 4/4 jazz rhythm. The album also features Take Five - in 5/4 time - which became the Quartet’s signature theme and even made the Billboard singles chart in 1961. It was composed by Brubeck’s longtime saxophonist, Paul Desmond.

After service in World War II and study at Mills College in Oakland, Calif., Brubeck formed an octet including Desmond on alto sax and Dave van Kreidt on tenor, Cal Tjader on drums and Bill Smith on clarinet. The group played Brubeck originals and standards by other composers, including some early experimentation in unusual time signatures. Their groundbreaking album Dave Brubeck Octet was recorded in 1946.

The group evolved into the Quartet, which played colleges and universities. The Quartet’s first album, Jazz at Oberlin, was recorded live at Oberlin College in Ohio in 1953. Ten years later, Joe Morello on drums and Eugene Wright on bass joined with Brubeck and Desmond to produce Time Out. In later years Brubeck composed music for operas, ballet, even a contemporary Mass.

“That’s the beauty of music,” he told the AP in 1992. “You can take a theme from a Bach sacred chorale and improvise. It doesn’t make any difference where the theme comes from; the treatment of it can be jazz.”

Born in Concord, CA, on Dec. 6, 1920, Brubeck actually had planned to become a rancher like his father. He attended the College of the Pacific (now the University of the Pacific) in 1938, intending to major in veterinary medicine and return to the family’s 45,000-acre spread. But within a year Brubeck was drawn to music. He graduated in 1942 and was drafted by the Army, where he served - mostly as a musician - under Gen. George S. Patton in Europe.