An Interview with gifted Don Latarski, a fingerstyle guitarist, composer, and instructor you should know

“Blues music can release your inner emotions and connect you with an inner truth. Blues is also very freeing and liberating since it is a very raw expression of feeling.”

Don Latarski:  The experience of emotion

Don Latarski was born in Detroit, Michigan, is a recording artist, song writer, engineer and head of guitar studies at the University of Oregon. Latarski is known in Finger Style guitar circles as "the guy who glues his picks to his fingernails." Latarski's a lifelong player and music educator authoring 18 published books to date for Guitar and release 14 studio albums. Latarski is also is an audio engineer / producer and owner of Crescent Studios in Eugene, Oregon. 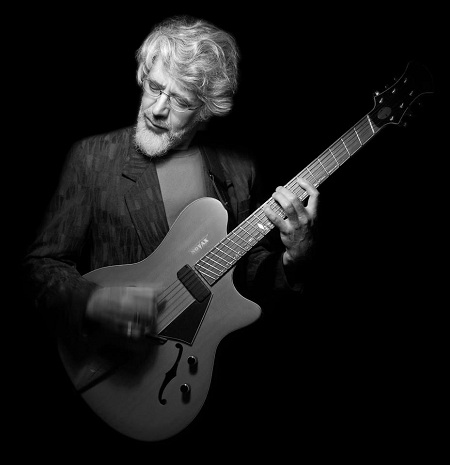 He is currently Head of Guitar Studies at the University of Oregon, teaching a variety of classes in Theory, Jazz, Funk, Blues and Recording Technology.

When was your first desire to become involved in the blues and jazz music & who were your first idols?

I first became interested in blues based music when I was about 11 yrs. old. The first people I heard that really inspired me were Peter Green (Fleetwood Mac), Eric Clapton (with the Bluesbreakers), B.B. King, Jeff Beck, Robin Trower, Howlin' Wolf, Mike Bloofield, Freddie King, and Albert King.

How do you describe Don Latarski sound and progress, what characterize your music philosophy?

My sound has been influenced by a deep commitment to the feel of the music. Without this connection, there can be no meaningful experience of emotion. Blues music can release your inner emotions and connect you with an inner truth. Blues is also very freeing and liberating since it is a very raw expression of feeling. Blues is not about virtuosic playing, but honesty of expression. In most cases, the more notes you play the worse the music sounds.

What do you learn about yourself from the blues jazz music?

My study of jazz has definitely changed the way I play blues. I tend to think of note choices that bring out the individual character of each chord rather than choosing to play one scale over all of the chords. This gives my solos more contrast. The trick is to not forget the tonal center of the song you are playing. Many jazz players change scales over each chord, but I try to maintain a strong connection to the key.

What experiences in life make a GOOD musician?

I cannot answer this with certainty. However, being aware of emotions and feelings is important. Also one must have a passion for life. I find my passion in nature.

Do you know why the finger-style is connected to the pure blues? What are the secrets of fingerpicking?

I have chosen to play finger-style because it gives me a deeper connection to the notes and the instrument. I can shape the sound of the notes individually and within a chord. I often play chords or chord fragments as part of my solo, so having the ability to play an important louder than the others is critical.

I don't have any finger-picking secrets. What I do is not really based on classical or Travis finger-style. I just adapted what I learned from briefly studying classical guitar. I do use my thumb in a percussive manner and will often use it on the skinny strings. The thumb is very important to the accents I use when soloing. 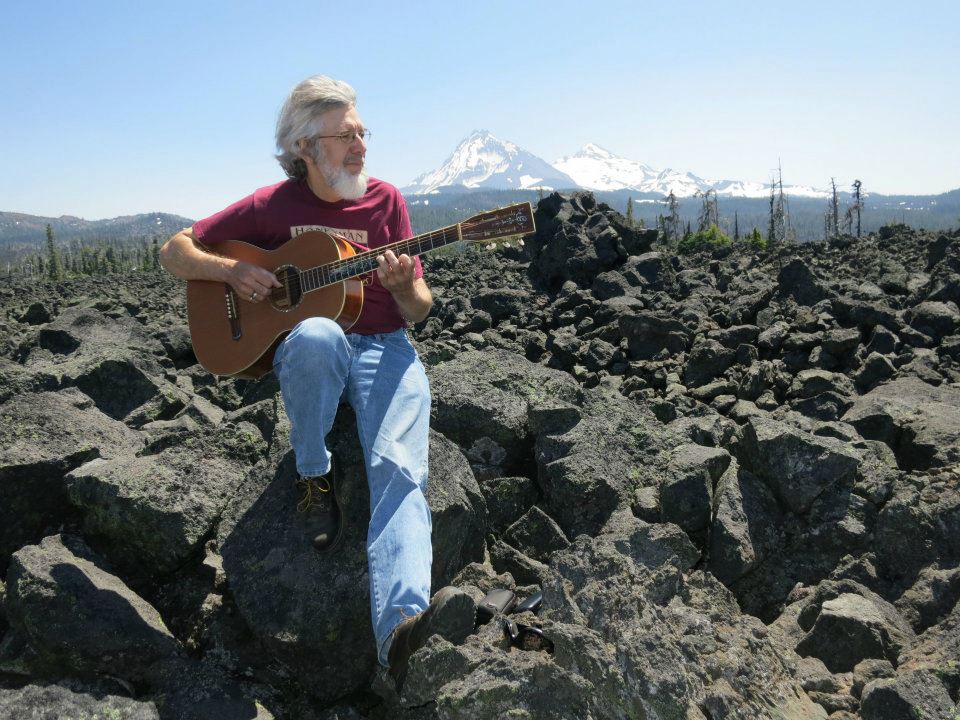 It is important to have a repertoire of songs to play. It is also important to study the masters and figure out what they were doing. Contrary to what most people believe, blues is not an easy style to play well. It is very difficult to develop an individual style too.

Not really. I teach a beginning course on blues guitar and the students in there are very interested, but there aren't usually more than 12 students in the class. In the past, this class was more popular. Contemporary pop music is not based on the blues tradition like the music of the 60's and 70's was. There is a much wider acceptance of loops and synthesizers in music now. Much of the focus in music now is on assembling prerecorded parts. Recording sessions are more about sampling a player then chopping up the parts to suit the vision of the producer.

How easy is it to learn guitar from books? What difference has a self-taught by one who has studied music?

It is difficult but not impossible to learn music from a book. I can do it, but I also like to just listen and figure out what I'm hearing. There are many good books with both video and audio these days and lots of great material from truefire.com and youtube.

The self taught musician will often have a more distinctive and unique style compared to someone who was taught in a school. Schools are excellent for learning about many aspects of music (theory, ear training, history, etc.), but not necessarily great when it comes to developing a style. The difficult part about pursuing a music performance degree is that every person learns at their own pace and there is so much that a music student is expected to cover in a relatively short period of time. This puts a lot of pressure on the student to just make it through. There isn't enough time to process and explore the information and develop a style.

A self taught musician may be extremely good at what they do, but they are often not able to articulate and teach what they are doing. There is nothing wrong with this and historically, the most distinguished and iconic players were self taught. Who would want to be your disciple and who make to you a workshop?

I have people of all ages attending my classes and workshops. It is not easy to play blues guitar and there are some mysteries that many people cannot understand without help. Like any subject, there are many things to know and I am still a student of this style of music too.

One of the best was performing some of my original music with the Eugene Symphony Orchestra. Another memorable moment was opening for Ray Charles.

I believe this time is the most interesting because I am still learning new things, helping other people to learn new things, and playing some of the best instruments in the world. I now realize how important music is in the world for bringing people together.

Are there any memories from Bobby McFerrin, Charlie Baty, and Paul deLay, which you’d like to share with us?

The experience with Bobby McFerrin was very exciting and humbling. I happened to be in town for a performance and came into the club where my group was playing. He sat in with us on a couple of songs and we were all very thrilled. Charlie Baty is one of my favorite blues players. I'd heard him with Little Charlie and the Nightcats and asked him to play on one of my records. I sent him the charts in advance and he just came into the studio and really took the tunes to a new place. It was really fun jamming with him. I only recall one gig with Paul Delay. I believe it was a fundraiser. He was a master at blues and was so comfortable and at home in this style. His group was totally professional and made me feel right at home.

Tell me a few things about your experience with Ken Babbs. I have known Ken for many years, but we have never played together. He has a large Independence Day pary each year and I went to it this past July 4, 2012. I did a little solo performing and he asked me to play some spontaneous music with him. I enjoy this type of performing too, so I just reacted to his playing and vocalizations.

There have been many artists who have influenced my style. I'd have to say that when I first began playing blues I learned a great deal from listening to the early Eric Clapton recordings and Peter Green. I was very interested in their phrasing, use of vibrato, unique timing, tone, and feel.

Blues music will always be with us because it is a very honest and truthful style. It distills the essence of what it is to be alive, with all the ups and downs that people experience. It has a raw quality that many people find attractive.

From the musical point of view is there any difference and similarities between funky, Americana, jazz, rock and blues?

I approach all of the music I write and play with one goal: It has to have a quality that is rhythmically and harmonically interesting. I always want to make people feel some personal connection when listening to me.

Which of historical blues and jazz personalities would you like to meet?

What turns you on? Do you have any hobbies, which do not have anything to do with music?

My main hobbies are riding motorcycling and boating. I also do a lot of walking.