John Dorsey:  Off The Road Sutra

John Dorsey is an American poet, playwright, newspaper journalist, and screenwriter. Since 2005, he has been a journalist for the Toledo Free Press interviewing celebrities such as Ted Nugent and Rikki Lake. He has written the regular poetry column GLASS CITY MUSE since October 2010 and currently serves as editor of their Star Poetry page. Dorsey was born in a military hospital in Hawaii on November 27, 1976. The eldest son of John V. Dorsey Jr. and Donna Dorsey, he was raised in Greensburg, Pennsylvania, a suburb of Pittsburgh, and graduated from Hempfield Area Senior High School in 1995. He also graduated from the University of the Arts in 2002, with a B.F.A. in Writing for Film and Television. Born with cerebral palsy, John has actively spoken to help raise awareness for those with disabilities. He has a younger brother named Jason.                                    John Dorsey / Photo by John Walz Dorsey’s first published credit as a poet came in 1992. His work has since appeared in hundreds of small press and academic journals and anthologies. He has authored a number of collections of poetry and has received multiple nominations for the Pushcart Prize. He has read at many different venues around the globe. With S.A. Griffin and the late Scott Wannberg, he performed as part of the NOW: New Word Order (2005), with Griffin, Wannberg, and Ellyn Maybe (2006) as the Deciders, and with Griffin, Wannberg, and with David Smith as The Rebels without Applause (2007). He also served as Co-Editor of Numbskull Sutra: The Selected, Collected, and Rejected Poems of S.A. Griffin, with David Smith, Rank Stranger Press. Dorsey has also worked extensively in both theater and film. His first play, Moon Magnets was produced Off-Broadway at the Producer’s Club in NYC in 2001 by Paladin Music & Entertainment. The play featured indie film personalities David M. Zuber and Rebecca Lovett. A second play was published by Zygote In My Coffee in 2004. After many years of working with film producers such as Ned Stuart of Lang Syne Films, Theron Fairchild of Artlander Productions, and the late Rodney Dangerfield, his first feature length motion picture, Buffalo Diamonds was produced in 2011 by Paladin Knight Pictures under the direction of Christopher Lance. The film is based on an original short produced by Mr. Dorsey. John Dorsey is the most prolific poet of his generation. Since the early 1990s, his work has appeared in more than 2000 print magazines and anthologies. His new poetry collection Being the Fire -first full collection of new material since 2010- coming out on September 2016.

How would you characterize the philosophy of your poetry? What experiences have triggered your ideas?

My philosophy of poetry, that’s a difficult question. I believe poetry should be relatable, conversational, at least if I’m the one writing it. I also believe that poetry is more than just some spiritual calling, it’s work, just like running a cash register at a fast food restaurant or running a machine in some factory and it should be given the same respect, which in my country it’s really not.

What were the reasons that you started the artistic, social and spiritual searches and experiments?

I started writing because I picked up an old anthology in my aunt’s house and the work inside was just full of emotion, particularly Hart Crane, and whatever reason I thought to myself, this is something that you can do, and I keep going back because it’s the same with any addict, I’m trying to reconnect with that high I felt when I first found poetry. 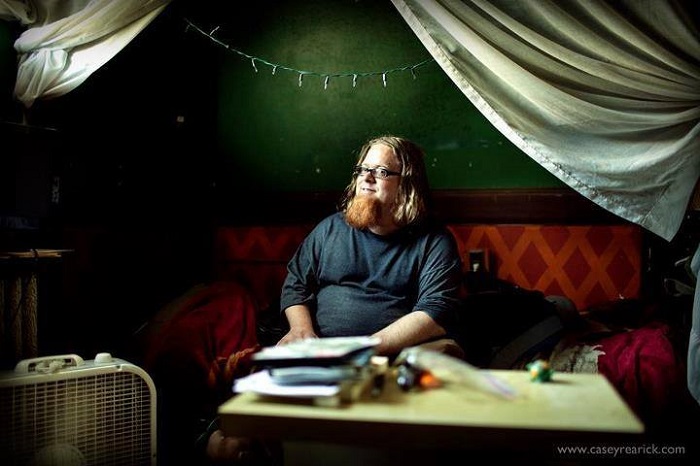 "I would probably go to the Beat Hotel in Paris if I could, and as far as what I would take with me, just work by all of the artists you’ve never heard of, because a generation or a movement is a lot more than 3 or 4 people." (John Dorsey in his old studio, Toledo, OH / Photo by Casey Rearick)

What has been the relationship: music and literature in your life? How does music affect your inspiration?

The relationship between music and literature...hmmm, I would say that even in music I’m impacted more by the words than I am by the sound, great lyrics tend to make me want to write, people like Tom Russell, Iris Dement, Dave Van Ronk...Though I suppose one exception is big band stuff from the 30s and 40s, for me that’s like stepping into a time machine, and that can be extremely powerful.

What do you learn about yourself from the counterculture and what does the Beat movement mean to you?

I think what the counterculture teaches all of us and why the beat movement is so important, is that that period of time and the work that came out of it, renews our youthful sense of wonder, that’s what it does for me anyway, and if you’re going to be a writer, whether it’s fiction, poetry, whatever, it’s important to hold onto that for dear life.

What do you miss most nowadays from the bohemian Beat era? What are your hopes and fears for the future?

During the beat era there seemed to be joy, heartache, turmoil, a mixture of emotion, which made for a rich culture, now everyone seems so emotionless, disconnected, well, they’re angry, that’s one emotion that has stuck around and grown larger than life. I fear, fear and we’re living in a culture of it, I hope that people find something to connect to, truly and that it’s positive, whether that’s poetry or whatever their thing is. 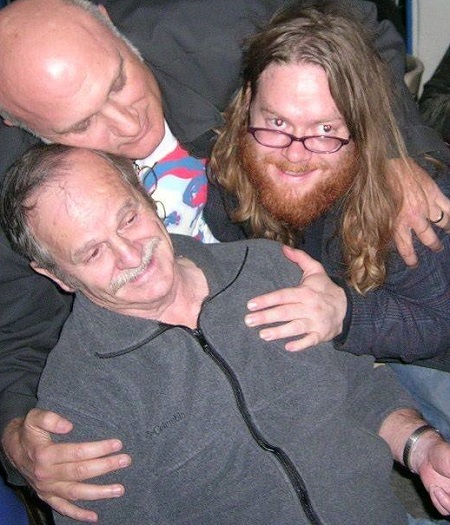 Probably the most important meetings of my life after I became an adult were with S.A. Griffin and Scott Wannberg, who taught me more about brotherhood than just about anyone. Also Rebecca Schumejda, who keeps me sane.  The best advice I’ve ever been given is just to write poems about my life in a narrative way that is brutally honest.

Are there any memories from Gregory Corso, A.D. Winans, and Nelli Cherkovski and which you’d like to share?

Well, I have never been particularly close to my own father, so Gregory Corso became that father figure, as did people like Todd Moore, Kell Robertson, and the very much still around, D.R. Wagner. As far as memories, the greatest one I have of Neeli (Cherkovski) in particular, is being at his father Sam Cherry’s last show in Santa Monica, and just seeing the pride in his eyes, seeing what love between a father and a son could truly be, I think my heart grew a little that day, with Al Winans as funny as it sounds we usually just talk about women, my ex-girlfriends or his and meet for a burrito, I wrote the induction for his prose book “Dead Lions” and to be allowed a window into so much of his life, that’s a great memory, a true honor.

I would make poetry a profession that young people have an opportunity to go into, in a very mainstream way, because when it is done well, and sometimes even when it’s not, it’s very powerful, it can heal so many things.

What has made you laugh lately and what touched (emotionally) you from the current Outlaw poetry?

What makes me laugh is the whole concept of outlaw poetry, at least in America, people aren’t being jailed here, perhaps if they were poetry would get more respect in our culture. The only true outlaw I’ve met in recent times was the late poet Kell Robertson. I guess I don’t really like the term, it was made up by some marketing executive, really, there’s academia and then everyone else, and I guess that means me. These days an outlaw is anyone who loves with their whole heart.

What are the lines that connect the legacy of Outlaw American Poetry with the counterculture of the world? 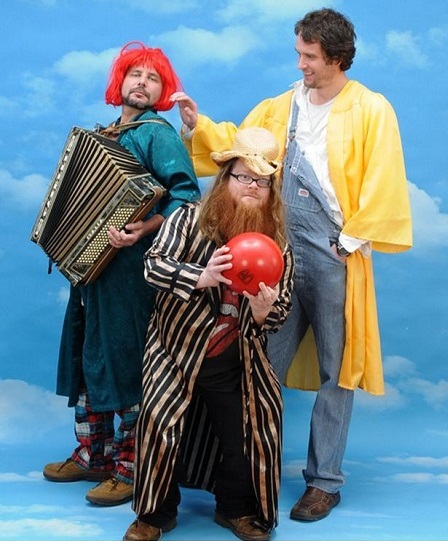 "I fear, fear and we’re living in a culture of it, I hope that people find something to connect to, truly and that it’s positive, whether that’s poetry or whatever their thing is" (Photo: John Dorsey, Carl Peters & John Walz)

Where would you really wanna go with a time machine and what memorabilia (books, records) would you put in?

I would probably go to the Beat Hotel in Paris if I could, and as far as what I would take with me, just work by all of the artists you’ve never heard of, because a generation or a movement is a lot more than 3 or 4 people.