"Italo Calvino and his invisible cities continue to inspire science fiction writers – Hendrix read pulp science fiction – the psychedelic lyric, purple haze was inspired by a story of a purple fog- weather event, a strange night on a strange planet."

Marie-Paule Macdonald is Professor of Architectural and Urban Design at the University of Waterloo in Ontario, Canada. Macdonald’s latest book titled Jimi Hendrix: Soundscapes (2016). Marie-Paule Macdonald obtained a Bachelor of Architecture from Dalhousie University and a post-professional graduate degree from the Institut Français d’Urbanisme, Université de Paris VIII, studying with Françoise Choay. She is a registered architect, and member of the Order of Architects of Québec. She is an associate professor at Waterloo Architecture and has also coordinated graduate design studios in Montréal. Ms. Macdonald is an established writer and researcher in the fields of architecture and urbanism and has published numerous works in print and online. 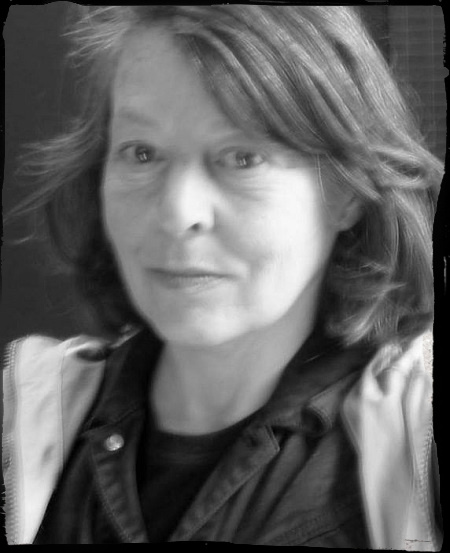 Jimi Hendrix, one of the great instrumentalists in rock history, pioneered amplified sound that extended the scope of the guitar into the urban landscape. In this book, Marie-Paule Macdonald situates Hendrix’s trajectory through the places he made music, translating an innovative sense of space into his songs. Macdonald follows Hendrix from the Pacific Northwest to the California coast to New York City, from his musical beginnings as a youth in Seattle to his launch, touring career, and up until his last weeks in London. She charts the surroundings of a genuine inner-city dweller, a nighthawk and wanderer who roamed the streets and alleys of everyday neighborhoods and haunted seedy basement bars and intimate clubs—as performer or audience member. She explores how the rumble, uproar, babble, and discord of urban life inspired Hendrix to incorporate noise into his powerful repertoire. Tracking the variety of places where Hendrix played—from open-air stages to dilapidated ballrooms—she shows how space eventually became a process, as Hendrix would eventually commission an architect and sound engineer to build an urban recording studio that would capture the reverberation, bounce, sustain, and echo that he heard and played. Crackling with the electrifying sound of explosive creativity, Jimi Hendrix explores place and space to offer fascinating new insight into Hendrix’s resounding talent. Her previous books include Rockspaces (2000) -writes about “spaces for rock ’n’ roll”, and reflects on the garage as a hybrid architectural space for garage bands- and Wild in the Streets: The Sixties (in collaboration with Dan Graham, 1994).

How has Architecture and Philosophy influenced your views of the world and the journeys you’ve taken?

Architecture and urbanism in Paris- especially the work of urban theorist Françoise Choay -  influenced my views of the world. French and Parisian philosophy, in particular, the work of philosophers Michel Foucault and Jean-François Lyotard influenced me.

What have you learned about yourself from the Architecture?

Architecture distributes material resources- I learned that architecture can tend to use up collective resources, and hoard those resources for the wealthy.

There are multiple philosophies within architecture – I support architecture that is designed with the input of many people, users and occupants, rather than just by owners of property.

I learned the piano from a very fine teacher from Kansas, Alberta Meyers, and taught myself rudimentary guitar. 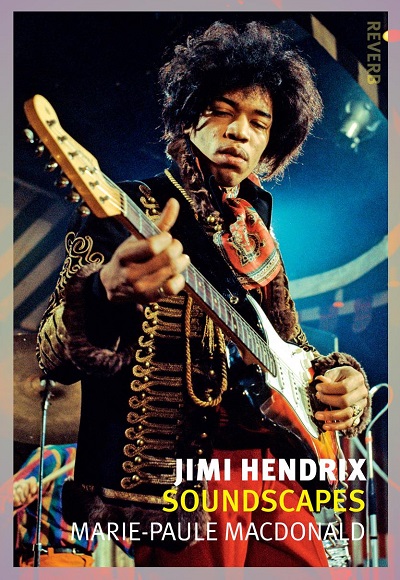 How started the thought of “Jimi Hendrix: Soundscapes” book?

I listened to the three classic albums, Are You Experienced, Axis Bold as Love and especially Electric Ladyland. I wanted to find out more about all the music Hendrix released. When I read about his life in Seattle it was amazing to learn about the urban district where he grew up, the people and musicians he knew, and then many places he lived. I started researching on the anniversary of Electric Lady studio, and finished a first article for a Music and Architecture Conference in Austin in 2011, published in 2014.

"A time machine to go to one of those ‘hot greasy clubs’ where Hendrix jammed would be a fun trip."

Why do you think that the Jimi Hendrix music continues to generate such a devoted following?

Often listeners- especially musicians-  describe attending a Hendrix concert as ‘life-changing’. Hendrix was so musical as a being, and so innovative and generous with sound, that many people want to find out and listen as much as possible to everything he created. There are rumours that a circle of collectors has access to an archive…

It may not be of the music of the past, but traditional musicians and composers of popular music wrote using the structures of melody, rhythm, riff, embellishment and chords to make songs, and worked in collaboration with other musicians to collectively share sounds. Current mass market commercial music seems to be dominated by a lot of contemporary music written by generating beats, loops and hooks.

Another issue is there should be record shops, nightclubs, bookstores, music halls and dance halls, places where people can gather to listen together.

Also, musicians should not have to rely on crumbs such as merchandising and there should be variety of means to get paid for music.

How does music affect your mood and inspiration? What are the lines that connect: Landscapes & Soundscapes?

With its intervals, tones and vibrations, music shapes the texture of life, adds ideas and enriches daily life, like nutrition feeding the soul, as natural landscapes – forests and meadows, that one can move through freely nourish the spirit. Most architects listen to music to be inspired while working on design. The complicated trajectories of the musician Hendrix connected urbanism and urban geography. Music from the blues tradition has been rooted to localities and loosely defined regions. Blues music was always identified with places- geographies and climates such as lowlands, bottomlands deltas, watersheds, and hubs and places of migration along rivers, railroads and highways, places that defined the restless daily life of the traveling musician - crossroads, urban districts of transition. Hendrix used a guitar to make sounds that could sound like landscape and weather, meteorological and urban, for example, the sound could express the watery sounds of the coastal environment of his hometown Seattle. There is an article about the trajectories: www.scapegoatjournal.org 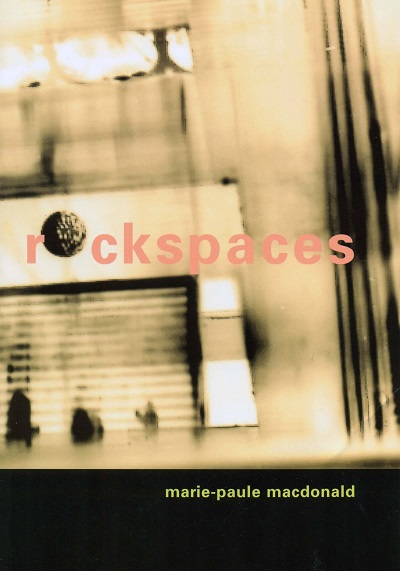 What touched (emotionally) you from Rock culture? What is the impact of music on the socio-cultural implications?

All aspects of Rock culture – from folk-singing get togethers, to punk can affect you. As you to listen to rock eventually you find it leads back to Rhythm and blues, and ultimately the blues music in an endlessly fascinating and inventive oscillation. A good example is Stanley Péan who plays contemporary jazz on Radio-Canada– jazz musicians rework the sounds of rock – melodies from rock become jazz sounds.

"Architecture and urbanism in Paris- especially the work of urban theorist Françoise Choay -  influenced my views of the world."

If you could change one thing in the art of Architecture and it would become a reality, what would that be?

If there were more opportunities for diverse architectural designs and designers  - a greater variety of buildings by diverse architects it would be better than the very limited range of architects and building types who are successful today.

A time machine to go to one of those ‘hot greasy clubs’ where Hendrix jammed would be a fun trip. It would be great to bring along some science fiction, a book by Ursula K. Le Guin, for example.

How would you design a home for Jerry Garcia? What would you say to Italo Calvino?

Jerry Garcia had a nice Marin County home with an ocean view— it is posted on the internet – it would be great if there was more affordable housing in San Francisco area – homes for the young families with young musical genius kids to live in today.

Italo Calvino and his invisible cities continue to inspire science fiction writers – Hendrix read pulp science fiction – the psychedelic lyric, purple haze was inspired by a story of a purple fog- weather event, a strange night on a strange planet.

I would ask Hendrix to compose and perform a performance dance piece for a large ensemble of contemporary dancers – that would be sensual and humorous. There is a lot of exciting dance going on and it would be exciting and unusual to hear Hendrix music animating a room full of dancers. 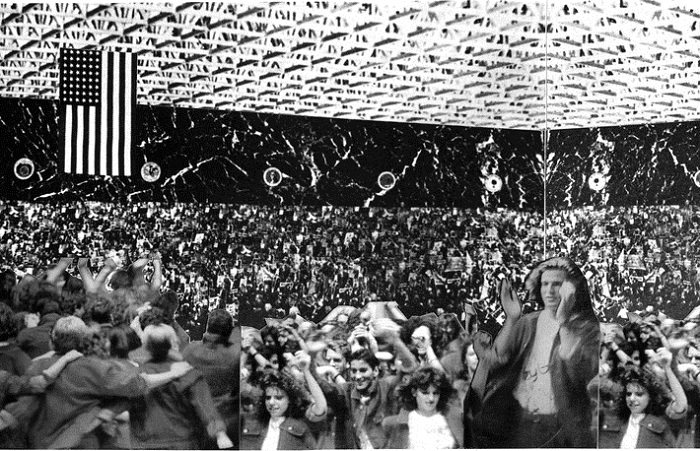