"I think music improves lives in all kinds of ways. It offers people therapy on their own terms. Most musicians are weirdos, some are jerks, a few are worse than that, but almost all music seems to have the potential to help players and listeners through hard times. Playing music can be a public service. Seems like the world would be a better place if every job was like that."

Deltaphonic: The Holy Groove of NOLA

Deltaphonic’s upcoming third album, “The Funk, the Soul & the Holy Groove” (Release day on April 10), blends New Orleans funk, soul, and hill country blues-influenced rock n’ roll into a deliciously gritty sound that exists in a realm of its own. The album’s ten original songs tell stories of struggle and redemption in the voice of someone who has learned hard lessons and survived to laugh about it. In fact, Deltaphonic is no stranger to hard times. They’re the kind of band that lives the songs they sing, often undergoing whatever bizarre or frightening experiences are necessary to progress down their own road. The resulting memories, coupled with songwriter Andrew T. Weekes’ obsessive dedication to capturing the hilarity and essence of life without contrived excess, make the songs on this album a force to be reckoned with.              (Photo by Patrick Niddrie) 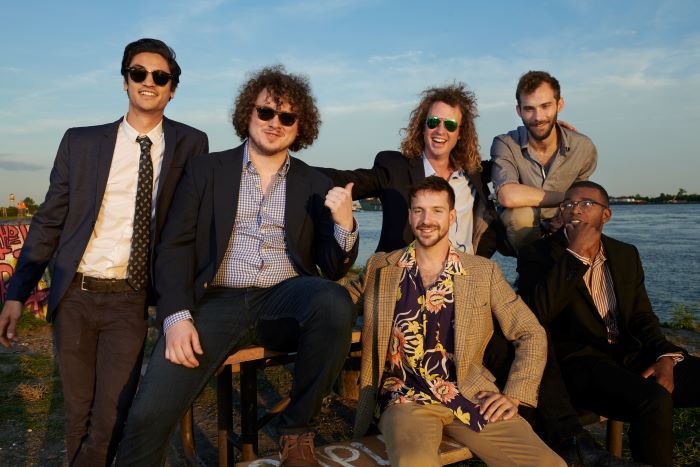 The Funk, the Soul & the Holy Groove is also the first fully-fledged realization of Deltaphonic’s musical potential, showcasing the band's new lineup as a versatile trio with a heavy groove. In addition to core members Andrew T. Weekes on guitar and vocals, Paul Provosty (formerly of Earphunk) on lead guitar, and alternating drummers Trenton O’Neal and Ciaran Brennan, the album also features members of some of the most notable acts in the New Orleans scene today, including backup singer Josh Kagler (The Revivalists), bassist Jerry “Jblakk” Henderson (Big Sam’s Funky Nation), and keys player Andriu Yanovski (Boogie Trio, Cha Wa).

How has the Blues and NOLA culture influenced your views of the world and the journeys you’ve taken?

Profoundly. A lot of things in the south are messed up, but there’s a certain cultural richness that results from this coupled with all the history, a particular way in which people communicate and process hard times. That’s pretty much where the blues comes from in my opinion. New Orleans manifests this same phenomenon in more colorful, cosmopolitan ways. I can’t go anywhere that’s a cultural desert and not immediately feel amiss.

How do you describe band's sound, music philosophy and songbook? Where does your creative drive come from?

At the moment, I would describe Deltaphonic as a rock band heavily rooted in New Orleans funk, soul, and Mississippi Hill Country Blues, but we draw on all kinds of American Music depending on the song. What unifies the sound is my writing style and how we play together. I mostly write songs that are rooted in a similar theme. They contrast raw emotion about being alive with wry observations about those feelings in the context of reality. Pretty much the blues. I’m a believer that you probably shouldn’t primarily focus on music unless you have to because it’s a wild ride, but I do have to, otherwise I’d have a hard time.

I played with Dr. John once. I was hanging out with him and his son in the green room and the leader of the band I was playing with came up and gave him a box of nice cigars. Mac said thanks and motioned for him to hand the box to his son. Then he pulled out some swishers in a bag, ripped the top off, and lit one up. 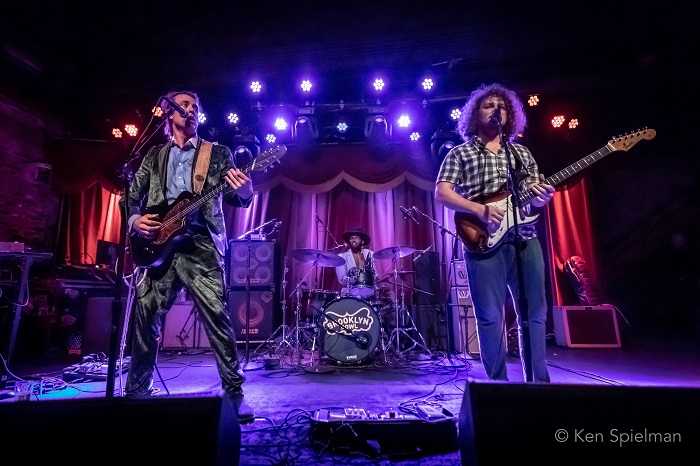 "Listen. Pay attention to how the world works around you and be wise and creative in your reaction. Be kind if you can. You probably need a good team to make the best things happen." (Photo By Ken Spielman)

I wish more of today’s biggest pop songs were more emotionally and lyrically nuanced. Seems like there’s too much stuff out there that’s pure ego without any playfulness or hint of irony, but there is also tons of fascinating innovation happening across the board. I think people often overlook this when they get too focused on idealizing prior iterations of genres. Most of today’s artists’ best work isn’t going to sound exactly like someone from the past’s for a lot of reasons, even if they love that stuff. Fortunately, I don’t think some forms of undeniably good music will ever cease to exist unless something really terrible happens to humanity.

At least in the US, I would advocate for some sort of program designed to educate and help musicians that aren’t rich or connected invest in their project with a high degree of autonomy. One of the good things about the way the business has changed recently is that anyone with talent, vision, and drive can make big things happen, but you still need money to do it right. There’d have to be a qualification process to root out bad candidates. I’m not talking about supporting people who aren’t serious.

Why do you think that the New Orleans music continues to generate such a devoted following?

The reason is way too much for one paragraph. It’s really too much for one person. The short answer is that New Orleans has a massive personality. It’s the birthplace of some of the best rhythms and styles on the planet, and despite how messed up it is, the culture is far more supportive of local artists than in many other places. There is also a proportionately large amount of highly versatile, sophisticated players who have a lot more tools in their tool box than the average musician. If someone writes good enough stuff, the skies the limit on what they can do with it, and a lot of the passion, grit, and party from the city ends up in the music. Seems like most of the rest of the world finds that tantalizingly exotic. 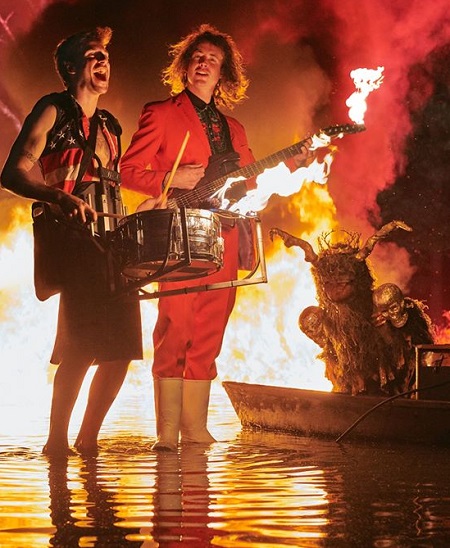 Listen. Pay attention to how the world works around you and be wise and creative in your reaction. Be kind if you can. You probably need a good team to make the best things happen.

I think music improves lives in all kinds of ways. It offers people therapy on their own terms. Most musicians are weirdos, some are jerks, a few are worse than that, but almost all music seems to have the potential to help players and listeners through hard times. Playing music can be a public service. Seems like the world would be a better place if every job was like that.