"NOLA is saturated in music. It's in the homes, the streets, the clubs, the water, in the blood in the DNA. It's a passion a lifestyle."

Louise Cappi, is an American Soul/Jazz singer & songwriter, recording artist & Bandleader. New Orleans is the native New Yorkers home. She is the child of the late great Jazz guitarist & pioneer of the seven string guitar, Al Cappi. With ease Louise transitions from one genre to the Next. She's a skilled Jazz improvisationalist, a butt-kickin Blues woman & a soulful R&B Songstress. Louise has a degree in Theology and In the more then thirty years of singing professionally, Louise has developed an ability to read an audience on not just an emotional level, but a spiritual level as well.

Cappi serves as an interfaith Chaplain for a local NOLA Hospital where she provides spiritual and emotional support to the patients. Louise has been called a "genre of her own" Hold on to your seats, as Louise Cappi delivers a spinetingling, and extraordinary performance. Louise Cappi’s album Mélange (2017) covers a lot of musical styles familiar to New Orleanians. Eclectic in both genre and repertoire, she touches on Latin music by way of Afro-Cuban and bossa nova, rock, funk, swing and ballads, while never straying far from the blues.                             Louise Cappi / Photo by Kim Welsh She has performed all over the country at festivals and jazz venues such as Snug Harbor, The Saint Hotel -Burgundy Bar, Melange Speakeasy Bar, Irvin Mayfield's Jazz Play House in New Orleans, LA, Sambuca Cafe in Houston, TX to name a few. She has performed with Grammy winners, Irvin Mayfield and the New Orleans Jazz Orchestra, Grammy winning Bass Player, David Pulpus. In February 2013 Louise formed the band BELLA NOLA (Beautiful New Orleans, LA) which is a contemporary Jazz quartet with a splash of Cuban and Brazilian influence, a dash of blues and lots of soul, that's the musical gumbo of BELLA NOLA!

How has the Jazz and NOLA music influenced your views of the world and the journeys you’ve taken?

To me NOLA is music!. It's the backdrop of everyday life. ie, the tradition of the "second line" to express sorrow & joy. The tradition & dedication to teach the younger generation the music of the culture with its Afro/Caribbean, Cajun, Zydeco, Jazz & blues influences. I have watched, listened & learned. The world has taken notice & brought NOLA music back their countries.

My late father, the great jazz guitarist, Al Cappi, was my mentor and teacher. As a small girl I developed a keen ear just from listening to my dad practice and have jam sessions with his famous musician friends at the house. When I was a teenager, he would take me on gigs with him so I could sit in with the bands. The best advice Dad gave me was " Be prepared." 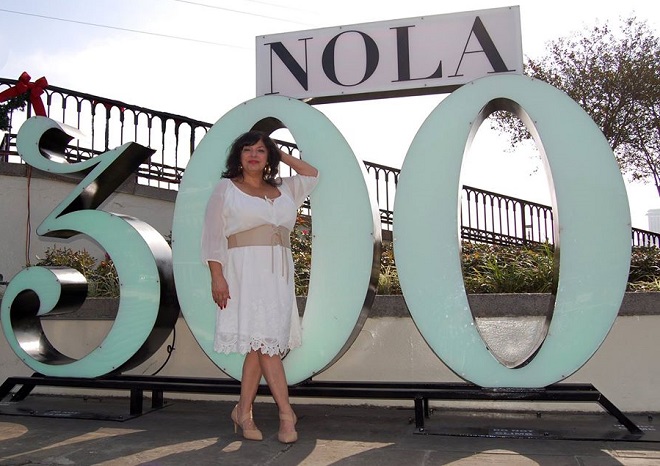 "My sound is eclectic. I love all genres of music. I love to write songs that are funny & sentimental. But I also love to write songs that can be a mantra for positive change in people's lives. I just finished writing a song called " Keep That Dream Alive" My creative inspiration comes from my spirituality. I want to better the human condition with my music!" (Photo: Louise Cappi)

The first song I ever sang in public was in middle school. It was Gershwin's "Summertime". Many years later I was asked to perform for the family & friends of George Gershwin at a private tribute to him. That was an honor. I did sing "Summertime"!

I miss the lack of musicianship, melody, smart lyrics. Due in part by budget cuts to music education in public schools. I would like the arts to be funded & brought back to public schools.

What would you say characterizes NOLA music scene in comparison to other US scenes and circuits?

NOLA is saturated in music. It's in the homes, the streets, the clubs, the water, in the blood in the DNA. It's a passion a lifestyle.

The status of women in music is getting more recognition these days. I've seen a lot more women musicians, not just singers, in the bands. A few years back I had an all female band called Bella NOLA. Those gals were kick ass musicians. 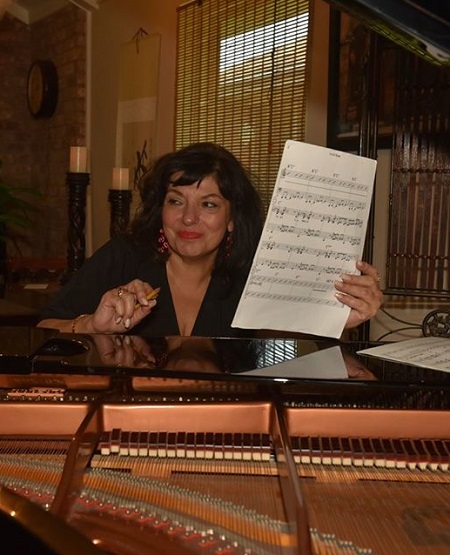 "I miss the lack of musicianship, melody, smart lyrics. Due in part by budget cuts to music education in public schools. I would like the arts to be funded & brought back to public schools." (Louise Cappi / Photo by Kim Welsh)

It's my deepest desire to have a positive affect on people with my music. In the Bible, David played his music for King Saul when he was sick. I am a Chaplain for a local hospital. My main goals when I enter a patient's room, is to provide emotional and spiritual support. To leave them with hope. Sometimes I sing to them.

I am a huge history buff. I especially love ancient Rome. I've done some research on ancient Roman music on my own. I would love to time travel back to spend one day in Roman antiquity.