"Probably a bit of both, there a certain thing you can play or sing to make it sit within the blues 'genre' but without the 'state of mind' it's probably not going to translate to the listener with any authenticity. Same with any Soul music. The most important thing is to make the listener believe what you're singing."

John McNamara & Andrea Marr are the McNaMarr Project. Two power house voices combine to bring you the sound of Soulful Blues. From a mutual love of soulful blues, they bring a sound evocative of old school soul, blues and gospel with their great original material. These two fiery, passionate artists have carved a niche for themselves in Australian Blues with careers spanning 18 years, they decided to join forces to form Mcnamarr Project in May 2018. The McNaMarr’s Project’s debut album "Holla and Moan" (released on September 6, 2019) might convince you that Chess records never closed; it just moved to Australia.      John McNamara & Andrea Marr / Photo by Sean Clohesy 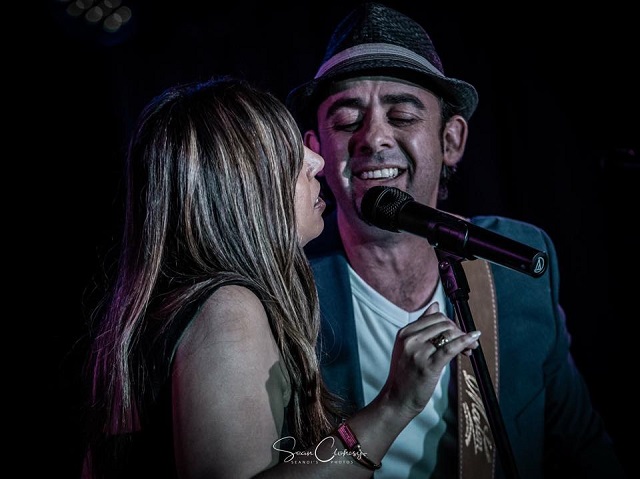 McNaMarr combines the talents of two of Australia’s most powerful and successful blues artists, including the stunning vocalist Andrea Marr, who channels the best of Betty Lavette and Tina Turner like no other, and John McNamara, whose potently authentic roots guitar and soul-drenched vocals create the perfect pairing with Marr’s scorching skills. Holla and Moan is an all-original set of soul, blues, gospel and funk music that shows off the sophisticated songwriting skills of both lead artists, supported by a world-class team of backing musicians and produced to perfection.

What were the reasons that you started The McNaMarr Project with Andrea Marr? How do you describe and what characterize 'McNaMarr Project' music philosophy and sound?

John: Andrea and I have known each other for years, our respective careers have often seen us performing at the same festivals and venues. We had both just released albums that leaned from Blues to Soul with big horn sections, and both of these albums had success overseas reaching number one on the US Blues & Roots charts. So, we were both on this similar path. Then came the suggestion of us putting together a project, we both were working with the same US based publicist Frank Rozak. He was the one to suggest we should collaborate, and that was it, once he planted that seed it all snowballed from there. We got together to see how our voices matched and it all just fell into place.

Andrea: It’s a sound that combines soul, blues and gospel with passion and beautiful melodies. We are two artists who love the sound of old school soul music and it’s an effortless melding of our individual sounds. Our philosophy is simply to create beautiful music, nothing else matters as much.

What would you say characterizes your new work in comparison to solo albums?

John: More energy. It's the same when we perform together Live. There's something really cool about to singers working together like this. We really work off each other, and vocally that takes us to places that you don't go to when performing solo. "Holla and Moan" is an album of all original material written for this Duo format. Everything Andrea and i have as solo acts have had that Old School sound and this is no exception, the big difference with this album is it's all built around this exciting dynamic of us as a duo.

Andrea: I had released 7 solo albums over the years and my sound is usually a very raunchy, powerhouse kinda thing that was often likened to Etta James or Sharon Jones. The difference here is the simpler melodies, John’s beautiful voice and the more melody driven songs rather than groove driven, which is where I always had come from before. I used to write for the sound of my band, now I’m focused on the sound of our voices and the storylines of songs. 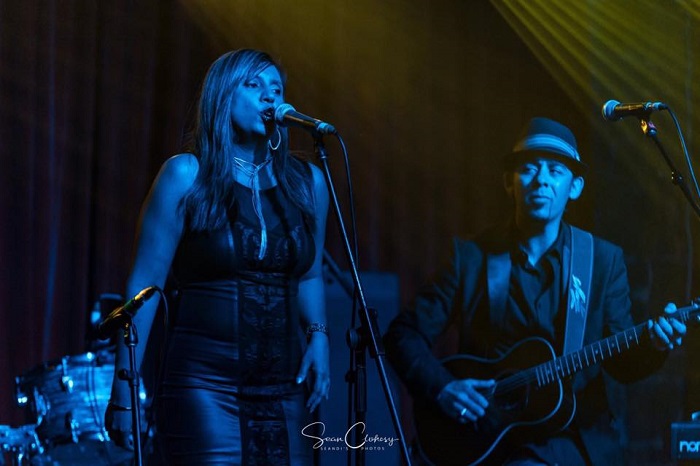 "It’s definitely a specific music genre but it has such scope that you have a lot of freedom to interpret it in a way that it reflects your state of mind, so it’s both, in my opinion!" Photo by Sean Clohesy

How do you describe "HOLLA & MOAN" songbook and sound? Where does your creative drive come from?

John: Using STAX records legend Lester Snell to arrange the songs and put together a band of the best Memphis Soul musicians was a crucial part of making this an authentic Old school Soul and Blues Album. We've got Soul, Blues, Gospel with a real STAX flavour, yet it is something completely original. We wrote some really great tunes for this album and everything was built around US being a Duo. That was the drive, we had something new to work with. Although this album would sit along perfectly with the STAX records vaults it really is something New and Fresh.

Andrea: We often joke about the fact that as we are both married people it’s easy to write the male/female conversation songs. So lyrically it’s usually a conversation, melodically it’s harmony based and the feel of it usually lends itself to that Stax, Motown or Chess references which are a part of our DNA.

John: The way we made this album is so unique. Using players in Memphis, then singing and adding lead guitar here in Australia, not many people are doing it this way, certainly not many people I know. It's a great way to record, it works!

Working with legends like Lester Snell, Willie Hall, Bobby Manuel, Ray Griffin & the Memphis Horns, Oh man, to hear these guys play "your" songs, that is really special. I used Lester on my last release "Rollin' With it" as well so it was much the same process as when I made that album. But what it special this time round was having someone to share it with. Being in the studio with Andrea and singing our heads off was a blast!

Andrea: Doing vocals with someone else was an entirely new experience for me. John and I often shared a microphone and sang straight takes vibing off each other as we do at gigs, but the best bit for me was laying down the harmonies together - I had never been able to sing harmonies until we started working together so it was really an achievement getting those harmonies tight but soulful. 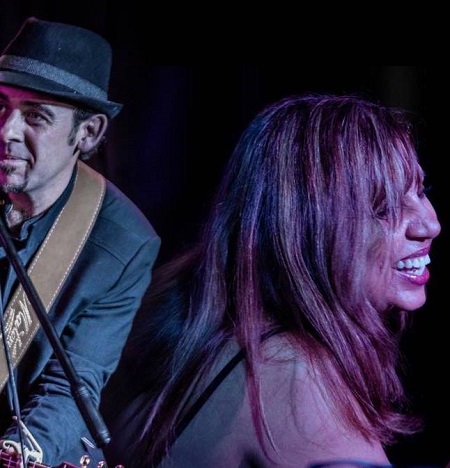 John: I love STAX records. The artist on that label were amazing. There was such honesty in the music coming from Memphis. so much soul and blues was being made that it just blended together 'naturally'. That's what I loved most.

Andrea: Firstly, the voices. Mavis Staples, Etta James, Tina Turner all fiery powerful women with emotionally drenched vocals. The music was real, you could feel the sweat and the joy in it. These days the music is perfected to such an extent that it has lost the power to move people. We wanted to keep it real on this record to capture some of that magic.

John: I have worked in bands, as a solo act and even as a promoter for several years. I book at some venues and now run a Blues Festival. At each level the most important lesson I think is, that you have to take responsibility. You have to make things happen yourself, create opportunities and try and enjoy the ride.

Andrea: To enjoy the journey. To keep growing - I am a better singer now than I was 10 years ago and I intend to keep growing. To listen to those who know better. To build the dreams of others. To never stop loving what you do and I hope when the time comes to walk away from it I’ve learned enough to know that.

John: Probably a bit of both, there a certain thing you can play or sing to make it sit within the blues 'genre' but without the 'state of mind' it's probably not going to translate to the listener with any authenticity. Same with any Soul music. The most important thing is to make the listener believe what you're singing.

Andrea: It’s definitely a specific music genre but it has such scope that you have a lot of freedom to interpret it in a way that it reflects your state of mind, so it’s both, in my opinion! 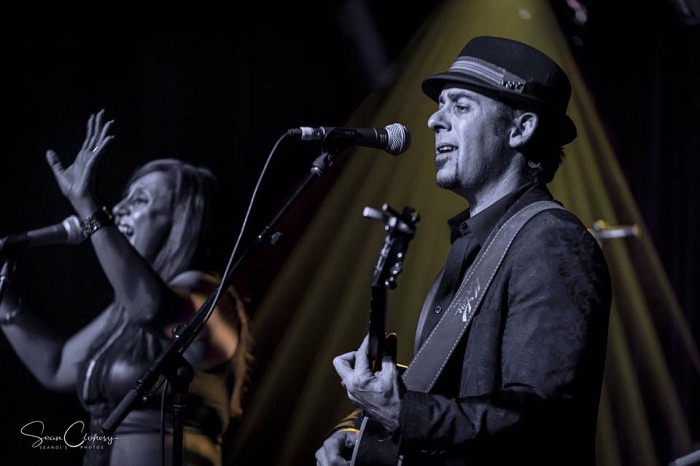