"Happiness is....to be found within yourself – you just gotta dig hard enough!"

Oliver Mally was born on the 6th of February in 1966 in Wagna/Styria, Austria. At the age of 15 he received his first guitar which, for his family, turned out to be a real “troublemaker“. As an autodidact he spent his first years learning different guitar styles. Main influences on his electric guitar playing are Albert King, Buddy Guy, John Lee Hooker, B.B. King , Albert Collins... 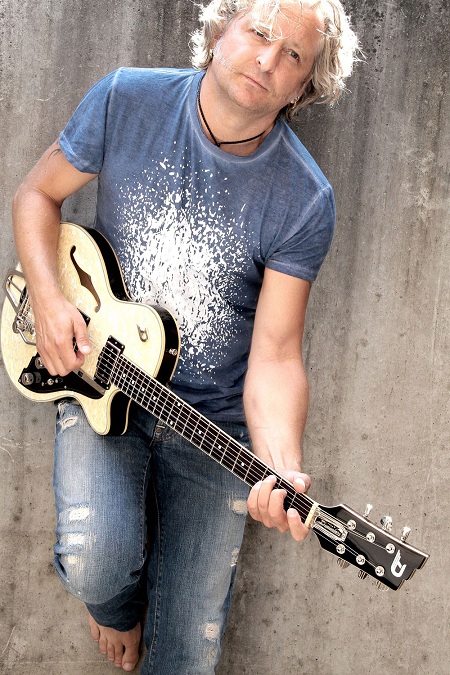 After years of hard practice he developed his own style that separated him from other guitarist – clones. In 1990 he formed the band “SIR” OLIVER MALLY’s BLUES DISTILLERY. During the following years the band was constantly on tour – national as well as international.
Since the late nineties his acoustic playing became more and more a bigger part in his creative work. With piano player Raphel Wressnig he found himself a congenial partner. And even here, on the field of acoustic blues, an identifiable style of their own was worked out real fast and documented on two CD’s “TRIPLE TROUBLE” and “BOUND FOR NOWHERE” .
150 to 180 shows are done every year all over Europe. Switzerland, France, Belgium, Netherlands, Italy, Slovenia, Hungary, Sweden, Germany, Slovakia… He worked with artists like Louisiana Red, Steve James, Doug McLeod, Big “Lucky“ Carter, Johnny “Yarddog“ Jones, John Mooney, Larry Garner, Sugar Blue, The Griswolds...
He opened shows for Champion Jack Dupree , Billy Branch, Steve James, Bobby Mack, Big Jay Mc Neely, Larry Garner, Microwave Dave & the Nukes, Vince Weber , Johnny Mars, Lucky Peterson, Roger Chapman ...
Oliver’s new recording “Strong Beliver” (2012) is an acoustic blues album back to roots.

“Sir”, when was your first desire to become involved in the blues & who were your first idols?
Ray Charles, Elvis Presley, Fats Domino, Randy Newman... that’s the kind of stuff I remember listening to when I was driving around with my dad in his car. Not a bad way to start

What characterize the sound of Oliver Mally? How do you describe “Sir’s Blues”?
On my new cd «Strong Believer» - «raw and straight from my heart straight in your face! » Which was the best moment of your career and which was the worst?
One of the best was the Bluesfestival in Dresden (our first big festival at that time) backing up the «Griswolds» – 4000 people went completely nuts.
One of the worst – to be stuck at New Delhi Airport in the «trans-visa-zone» after the Bluesfestival in Katmandu. After they took our passports and didn’t return them for hours. Which made us miss two more flights and pay a lot of money for another one. Otherwise we’d still be there. A horrible place - where you get ripped off just like that!

What are some of the most memorable gigs and jams you've had?
To name just three:
The first jam with Louisiana Red! Man – was I nervous back then . And it was fun and a blast. It was a three and a half hour set with Red.  With him it t was all the time like that!
And also with Steve James. An experience. This guy knows it all. It’s bottomless. He’s a true maniac and a killer musician.
Doug McLeod was so calm and easy. One of the nicest guys I ever met. He’s such an inspiration. Not only as a musician!

What does the BLUES mean to you & what does Blues offered you?
«Truth»

What experiences in your life make you a GOOD bluesman?
Passion!! And being open-minded as well as open-hearted! 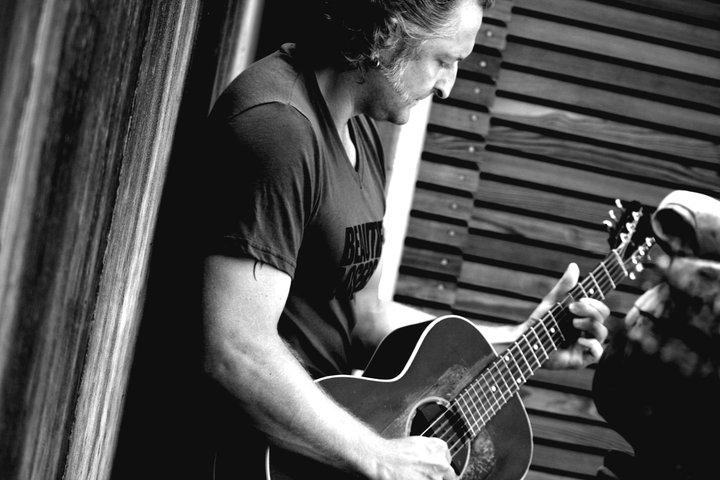 Alive or dead, who is the one person that you’d like to meet face to face if they were alive, and talk to over jam?
John Lee Hooker / Townes VanZandt / Kurt Cobain / Joe Strummer / Johnny Cash / Jimi Hendrix

Are there any memories from Louisiana Red, which you’d like to share with us?
First time we met the first thing he said was: “You wanna play with me?”
I said: “yes – sure!”
Red: “Okay if you don’t make me mad!!”
And then he started laughing and from that on it was just great. “

What is the best advice a bluesman ever gave you? From whom have you have learned the most secrets about blues music?
Doug McLeod told me what a guy once told him: “Don’t ever play a note you don’t believe in!“

How/where do you get inspiration for your songs & who were your mentors in songwriting?
From everywhere. You just gotta look around! My “heroes” are guys like Townes, Steve Earle, John Lee Hooker, Ray Charles, Johhny Cash, Joe Strummer....

Give one wish for the BLUES
To get more attention from the media!

What is the difference and similarity between all your projects?
My approach to songs! As a songwriter and as a singer.

What would you ask John Lee Hooker?  How you would spend a day with Albert King & Albert Collins?
I think Mr. Albert King would have decided that!

John Lee Hooker & Albert Collins – I would have tried to talk them into jamming… God bless’em all!

What is the “thing” you miss most from the “Old good days of Blues”?
This raw, seducing energy!

Happiness is……
Happiness is....to be found within yourself – you just gotta dig hard enough!!! 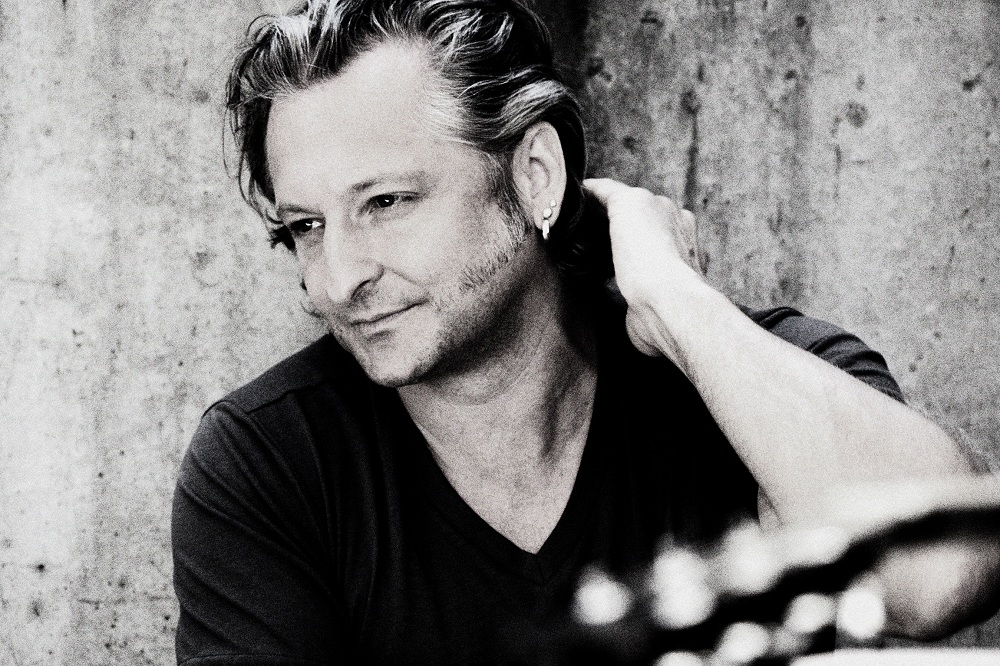