Q & A with one-man-band Zach Deputy: If music is honest it will always have reflections on heritage

"The blues is real spiritual and has stolen most of its luster from old gospel which is why I believe is has lasted so long."

Zach Deputy: Another Day in Paradise

As a boy, the music of Zach Deputy’s Puerto Rican, Cruzan and Irish heritage was cooked up in the South Carolina heat. The Calypso rhythms and folk songs of St. Croix competed with the R&B / soul of pioneers like James Brown and Ray Charles for space on the family stereo. As Deputy honed his craft, a unique hybrid of these influences emerged, ultimately creating the signature Zach Deputy sound. 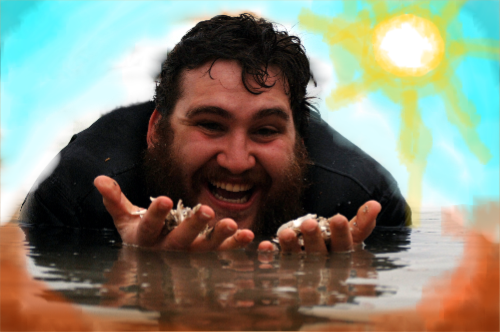 To bring this sound to the stage, the big, impossibly upbeat South Carolinian with the infectious smile puts on a solo show - enhanced by looping technology - that is essentially a one man dance party offering up what he calls "Island-infused, Drum 'n' Bass, Gospel-Ninja-Soul" to the enthusiastic crowds of dancers who flock to clubs from coast-to-coast.  It is these late night dance parties - more than 250 per year - that have made Zach Deputy one of the hottest up-and-coming performers on the camping festival circuit and “jam band” scene.
Of course, artists are seldom content to stay in one place artistically, and Zach was looking to collaborate with somebody on a more “produced”, even somewhat “urban” sounding record.  When Zach’s manager first turned Grammy Award winning producer Scott Jacoby on to some of Zach’s more funky, upbeat live performances, Jacoby simply didn’t hear it. The one-man-band live looping show features a more simplified version of Deputy’s music, and Jacoby was looking for songs, structure, changes, hooks, choruses… stuff that is nearly impossible to do by one’s self on stage with a nylon string Godin acoustic guitar, a handful of mics and a bunch of looping technology. Zach simply showed up at Jacoby’s studio with his acoustic guitar and sang a few songs and Jacoby was inspired—the urban-oriented dance album they had discussed was going to have to wait: he and Zach were now going to make what they called a “Ray Lamontagne” kind of record and the result is "Another Day". Zach's long awaited "singer songwriter" album - recorded with an amazing band and leading Zack's planet tour.

Zach, when was your first desire to become involved in the music & who were your first idols?
I have always been a musician I have no idols.

What does “jam band” scene mean to you & what does the music offered you?
I think it's just a label. The music scene has its ups and downs to it. Do you think that your music comes from the heart, the brain or the soul?
The heart and soul are the same thing. The brain is the machine that brings it to the physical world. I use them all.

How do you describe the “Island-infused, Drum ‘n’ Bass, Gospel-Ninja-Soul” music?
How can you describe a person in a sentence? You can't but this is my management failed attempt.

How does your Puerto Rican, Cruzan and Irish heritage come out of the music and your songs?
If music is honest it will always have reflections on heritage. It naturally is there.

What do you learn about yourself from the music?
That I'm weak, imperfect, and have got a lot to learn.

What are some of the most memorable gigs and jams you've had?
Playing in my parents shed with my brother playing Rubbermaid containers with screwdrivers 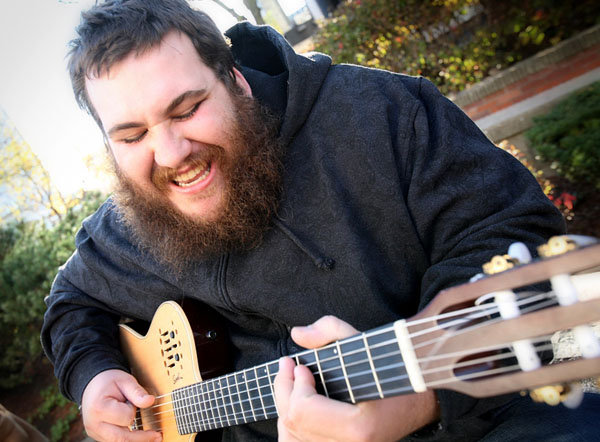 From whom have you have learned the most secrets about the music?
God

Some music styles can be fads but the blues is always with us.  Why do think that is?The blues is real spiritual and has stolen most of its luster from old gospel which is why I believe is has lasted so long.

From the musical point of view is there any difference and similarities between James Brown, Taj Mahal, Stevie Wonder’s era and today’s music?
They are all so amazingly different.

How would you describe your contact to people when you are on stage?
I'm really thinking about crowd when I'm on stage it might be better to ask them.

Which are the best and the worst things in touring?
Well playing music never gets old and the friends that I've made over the years are the up sides. Down side is I miss my family everyday.

What advice would you give to aspiring musicians thinking of pursuing a career in the craft?
Ask yourself why? If the answer is self serving do the world a favor and quit. If the answer is in truth selfless welcome.

Happiness is……
But for a moment. Joy on the other hand lasts forever.